Accessibility links
Bromantic : Monitor Mix Last Friday night, I went to the Fleet Foxes show at the Doug Fir in Portland. Instead of following my usual trajectory for show-going -- the one wherein I plan on going all week, but then bail at the last second due to tiredness, old age or an ex...

Last Friday night, I went to the Fleet Foxes show at the Doug Fir in Portland. Instead of following my usual trajectory for show-going -- the one wherein I plan on going all week, but then bail at the last second due to tiredness, old age or an excuse to hang out with my pets -- I arrived at the venue early with a sense of eagerness and anticipation. The Fleet Foxes did not disappoint. On the last show of its tour, the band sounded tight and seamless and so at ease, like that moment when new shoes or a baseball mitt finally acquiesce to the shape of your foot or hand. Like Bon Iver, Fleet Foxes' members do stage banter that forms a nice contrast with the near-hypnotic realm of their music. They go from creating an elixir of a sound to laughing and joking, never losing sight of the fact that it is five men, not magicians, on stage.

Live, it's much more wondrous how the band handles the vocals. I found myself looking around from the bass player to the drummer, trying to ascertain just who was contributing what vocal sound. The point being, of course, that the harmonies became nearly impossible to dissect.

Yet it is not the glory of Fleet Foxes that brings me to this blog entry. Instead, it's the fans. Sure, there was the middle-aged woman dressed in natural fibers, singing her heart out and barely disguising her excitement that Crosby, Stills & Nash had been reborn. But I knew she would be there; how could she not? And there were the couples gazing longingly at one another during key points of the songs, as if to say, "These lyrics deepen my commitment to you and so does this beer. Let's kiss." But mostly, I was fascinated by all the Bromance in the room. I'm certain you've seen it, or maybe you've even felt it -- that phenomenon where mostly straight men show up to shows in small packs, high-fiving during songs, raising glasses at the band in a show of brotherly love, and shouting "I love you!" toward the stage. I don't think I'd seen so much man-on-man-concert-love in a long time, maybe not since the heyday of Built to Spill, or at the one Rollins Band show I witnessed. 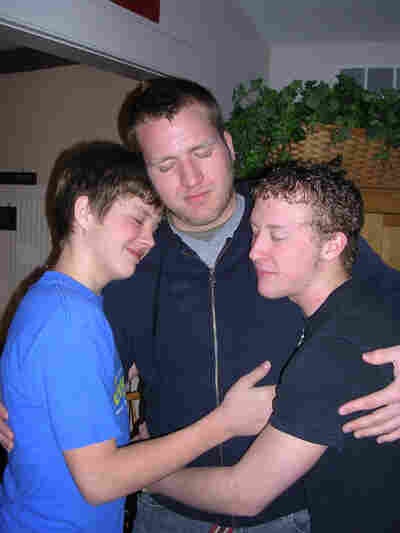 Bromance is a strangely beautiful phenomenon. At some points during the Fleet Foxes show, I almost felt like an intruder, like maybe this was a men's therapy group or a secret handshake to which I shouldn't be privy. But loving a band along with likeminded people is not about being exclusionary; it's more about a sense of commonality and appreciation cohering around an art form or a sound or a beard. And, let's be honest, there are probably men who love certain bands, but end up feeling like they're stepping into a Sisterhood of the Traveling Pants movie every time they go to a concert.

I hope I don't need to say that of course I know music transcends gender, and that sounds do not belong to any one person or group. But we all know that some bands inadvertently inspire certain forms of bonding. It's those shows you'd rather go to with your friends so you can turn to them during a song, nod in agreement and astonishment, slap backs, and raise drinks in the air. So, what bands inspire a deep brotherly love? Or bring out the divine secrets of the ya-ya sisterhood? 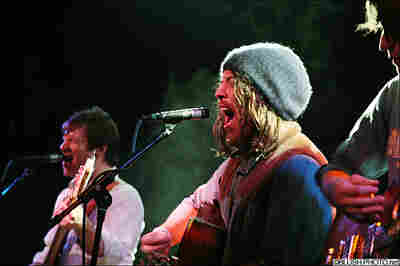