Accessibility links
Garotas Suecas : Monitor Mix For the past few days, I've been in New York City. Last night, I went over to Williamsburg to see a friend's boyfriend's band play a free show at a small club called Zebulon. I liked the space immediately: low light, low stage, a wide-open floor i...

For the past few days, I've been in New York City. Last night, I went over to Williamsburg to see a friend's boyfriend's band play a free show at a small club called Zebulon. I liked the space immediately: low light, low stage, a wide-open floor in which to see the music, a Fellini film being projected on the wall, and reggae music courtesy of the DJ. After the boyfriend's band (American Tenants) played, there were mumblings that the next act was a fantastic garage band from Brazil. I had every intention of heading back over the bridge, but I took one look at the Welcome Back, Kotter appearance of the guitarist and decided to stick around.

The band is called Garotas Suecas, and I urge you to remember the name. Within two songs, I went from sitting at a table nodding my head to the front row -- only about eight Brooklynites were willing to dance -- at which point I became that person standing in front of the lead singer basically losing my mind. I am 34 years old. It has literally been a decade since I went up to a stage, closed my eyes, danced like a fool and never wanted the moment to end. All I kept thinking was that I wished everyone I knew could witness this show. 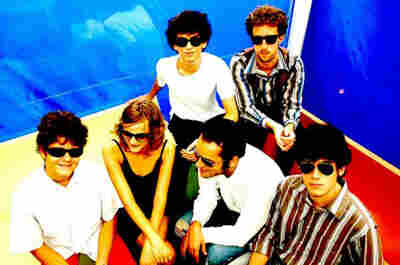 Garotas Suecas has six members: five boys and a girl. I call them boys and girls because their ages range from 19 (the drummer) to 24 (the singer). The musicianship in the band far exceeds most groups you'll witness these days, but not in a showy, wanky, excessive way -- in the way you'd imagine having your jaw drop at the sight of the Hi Rhythm Band or The Jackson 5 in their heyday. Yet more than the band members' ability to riff, pound or harmonize is the way they allow themselves to be consumed by the music they're playing. They travel somewhere during the songs, unafraid to leave the audience or the room, which leaves two options for the listeners: Get left behind or go along. Garotas Suecas shouldn't merely be listened to or witnessed; they should be absorbed.

So what's the sound? In their words: garage/soul/rock. Yes, they'll remind you of Os Mutantes and the like, but Garotas Suecas is more revelation than resurrection.

Check out the band's MySpace page for tour dates and information. 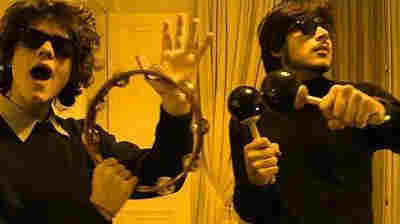