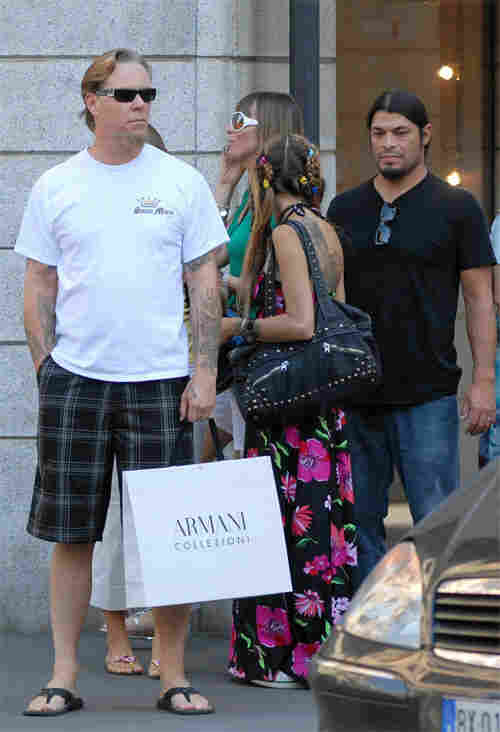 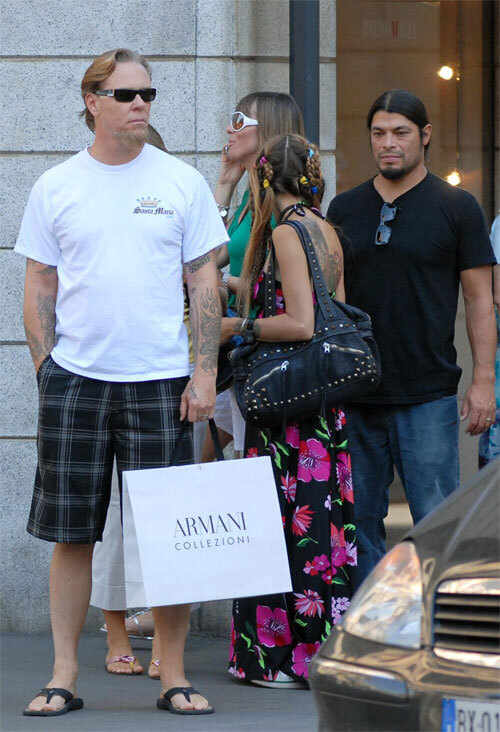 From the BBC News:

Aerosmith play for unhappy fans.
Rock stars Aerosmith are to hold a free concert in Hawaii to placate angry fans who brought a legal case against them. The "Walk This Way" hitmakers cancelled a sold-out show in Maui two years ago, leaving hundreds of fans out of pocket. They filed a class action case, which claimed the band had pulled out in favor of a bigger gig in Chicago and a private show for car dealers in Oahu. Lawyers for the would-be concertgoers said Aerosmith had now agreed to put on a new show, and would pay all expenses.
"Everyone who bought a ticket to the original concert will receive a free ticket, and all out-of-pocket expenses will be reimbursed regardless of the amount," said Brandee Faria.

This winning class-action suit is great news for disgruntled music fans everywhere. Might I suggest a few other examples wherein fans can go after what we deserve?

That's Five Years Of My Life I'll Never Get Back: Remember when you swore loyalty to a band? You got the lead singer's astrology chart done, drove thousands of miles to see their shows, dropped friends who just didn't get it, and ran a fan site out of your parents' basement? And then -- AND THEN! -- the band had the nerve to become awful. So awful that you now call this period of your life "the dark ages," and you wish you had a nickel for every time you had to point to your tattoo and say, "They used to be good, I swear." Now fans of, say, Weezer can sue for every record released after The Green Album and Metallica diehards can be compensated for what followed the group's 1991 self-titled release. Pinpoint the album when the love of your life became the blight on your otherwise robust music collection, find out what that wasted time and energy is worth in dollars, and ask for it! Why should fans suffer for bad art?

When I Took My Shirt Off It Merely Meant That I Wanted To Wrestle: You are a girl, you loved Judas Priest, and you wanted to jump Rob Halford's bones. Conversely, you are a boy, you loved Judas Priest, you wanted to jump the bones of all the girls who wanted to jump Rob Halford's bones, and you were certain that Halford wanted those girls just as much as you did. How wrong you were! Rob Halford turned out to be gay, as did George Michael, Lance Bass and Bob Mould. Now what? You had Wham! posters on your bedroom walls, in eighth grade you dressed up in head-to-toe leather for Halloween in order to look like Halford, and you tore off your shirt (along with hundreds of other sweaty boys) and moshed at a Husker Du concert. What does it all mean? Would you, in your younger days, have loved the band any less? Would you have worshipped it in a way that said, 'This is strictly platonic?" Would their music have been relegated to queer dance-club nights? Let's be honest: You're just not sure. And that's why it's important to get reimbursed for the subsequent confusion that you now feel.

You Died And I Never Got To See You In Concert: Born in 1990? Bummer. Form a group on Facebook that petitions for your generation to get a yearly stipend to make up for every good band you'll never see because some or all of the members are dead.

I Played Your Song At My Wedding And Now I'm Divorced: "Faithfully" by Journey turned out to be ironic, Bryan Adams' "(Everything I Do) I Do It For You" was actually about your best friend, and the sentiment in R.E.M's "You Are The Everything" felt suffocating after about a year, when you realized you didn't have any friends. Mad as hell? I would be, too. Compile every passive-aggressive text message and email, add up the sexless nights, keep the receipts from couples therapy and divorce lawyers, and send the bill to the songwriter who started it all. After all, why should these musicians be living off royalties based on songs that cause people so much pain? Every time one of these tunes plays on the radio, someone thinks back on their wedding night and dies a little on the inside. Don't suffer alone. Or, rather, don't suffer for free.

Have some ideas for a class-action case? Feel free to share them here.