Accessibility links
A Tour Of Musician-Endorsed Products : Monitor Mix Here, in no particular order, are a dozen of the most notable celebrity products that have been launched or have blossomed in the last 10 years. Just in time for holiday shopping!

A Tour Of Musician-Endorsed Products

A Tour Of Musician-Endorsed Products 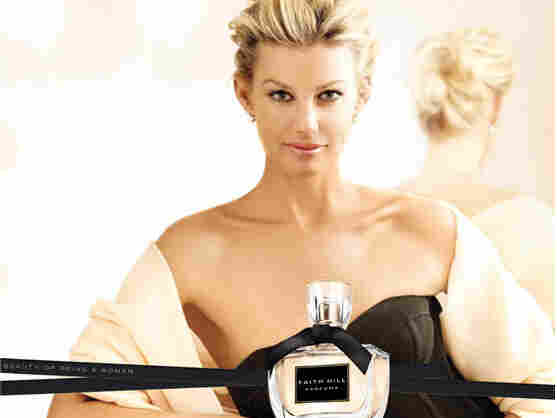 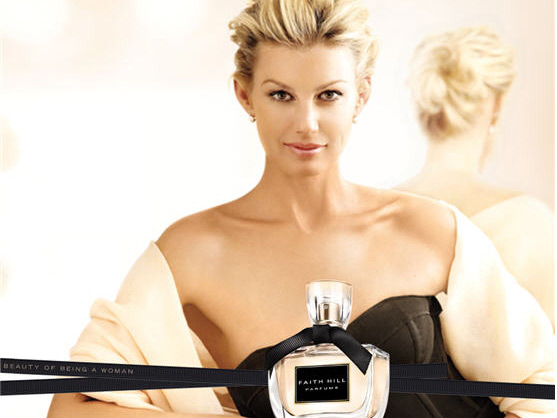 There's no way to sum up the musical culture of the decade without touching upon the fact that musicians are turning themselves into brands more aggressively than ever before. It's no longer enough to be a singer. You must make dresses. You must make perfume. You must make hats and booze.

So here, in no particular order, are a dozen of the most notable celebrity products that have been launched or have blossomed in the last 10 years. Just in time for holiday shopping!

1. Reba McEntire's Studded Pants (line launched 2005)
These $88 brown cords, which may be more easily identifiable as Country Pants Of The '70s, would not be the right product for many musicians. They are, however, perfectly acceptable for Reba McEntire, who sells her line of clothing at Dillard's stores across the land. If you are thinking that there might be leather involved, and thus complicated care instructions, read the fine print: "Of polyester."

2. Sean Combs' Earflap Hat (Sean John line launched 1998)
This is cheating a little, because Sean "Diddy" "Puff Daddy" "El Puffo" Combs actually launched his line in 1998. But few musicians can boast a clothing line as well-known as this one, and the earflap hat is available right now. It's safe to say that this will make you the envy of your entire cartoon hunting party.

3. Mariah Carey's "Forever" Fragrance (launched 2009)
Mariah Carey actually has several fragrances available, but it's safe to say that Forever is the most sensual. How can you tell? Because the word "sensual"/"sensuality" appears twice in the fragrance's two-sentence description, while not appearing at all in the descriptions of her "M By Mariah" and "Luscious Pink" brands. (Though, in fairness, the description of the "M By Mariah" fragrance states that it "opens with an indulgent, creamy accord," and while we are not sure what that an "indulgent, creamy accord" is, it certainly sounds sensual, unless it is something that would be reached at an unusually friendly round of peace talks.)

4. Scott Weiland's Blue Shirt With Embroidered Flowers (launched 2009)
When you think "Scott Weiland," a number of things probably pop into your mind; now, "purveyor of shirts, ties and pants" should be among them. While the Scott Weiland Collection contains a variety of natty products for the handsome frontman, consider this blue shirt. If you have blue-shirt needs, this blue shirt is sure to satisfy them as only a blue shirt can, and if your blue-shirt needs include embroidered flowers "derived from rock decadence," look no further. If you do not have blue-shirt needs, but you do have being-beaten-up needs, consider this vest.

5. Ronnie Wood's Dress Featuring Two Guitars And A Lady (launched 2009)
When you've been a member of The Rolling Stones, you've already seen many dreams come true, so why not create some clothes based on your own artwork? They should have guitars. And also a lady. Preferably a lady peeking out from behind a couple of guitars. Perfect.

6. Usher's She Perfume Spray (launched 2007)
Usher has an entire line of fragrance and fragrance-adjacent products, and his fragrance for women is called Usher She. (No need to complicate things.) But the product description is a little more involved: "Mysterious and addictive, this fragrance imparts a mouth-watering sensation with a sexy heart. Voluptuous florals add sophistication and femininity. The fragrance reveals its intense allure with captivating amber and rich woody undertones." That is, if nothing else, a short block of text wherein the density of sex-related words is impressively high, and could have been improved upon only by referring to the voluptuous florals as "ripely cupped in the virile hands of musk."

7. Jason Mraz's Canvas Shoes With Jason Mraz's Name All Over Them (launched 2008)
If you were Jason Mraz, and you wanted to sell shoes, and you wanted to sell shoes with your name all over them, where would you sell them? You would sell them at the make-your-own-gear site Zazzle.com, obviously, so your store could be labeled "ZazzleMraz." And you would sell customizable canvas shoes festooned with your name. And also, you would have a large selection of mouse pads. Because you are Jason Mraz, skibbety-doo.

8. Miley Cyrus' Socially Dubious Shiny Pants (launched 2009)
Miley Cyrus has a clothing line she launched with Max Azria, and believe it or not, this is the way these pants are supposed to look. They're shiny. They're sagging at the bottom. They're like this on purpose. These are the pants you wear if you are (1) playing Mick Jagger at 6 years of age in a biographical play; (2) nostalgic for the days when you could not afford pants that fit; (3) trying to make sure you can be spotted by oncoming traffic that catches you in its headlights; or (4) operating as bait in some sort of bully-catching sting operation.

9. Carlos Santana's Bobblehead (timeless)
You can stop looking now. The greatest musician-oriented product of all time is the Carlos Santana Bobblehead, which plays "Oye Como Va." What could I possibly add?

10. Moby's Organic Lavender Tea (cafe opened 2002)
Moby owns his own vegetarian cafe, which specializes in tea, and he also will sell his tea to you for your own use at home. His organic lavender tea apparently needs no further description and receives none, except that it "makes an especially nice treat in the evening." Hey — it's organic lavender tea. Relax.