Accessibility links
Risk Management: Can An Artist Sell Out When There Are No Boundaries? : Monitor Mix Is it even possible for an artist to sell out anymore? Before you answer "No!" — or mention that the last five bands you discovered were from commercials — read on.

Risk Management: Can An Artist Sell Out When There Are No Boundaries?

Risk Management: Can An Artist Sell Out When There Are No Boundaries? 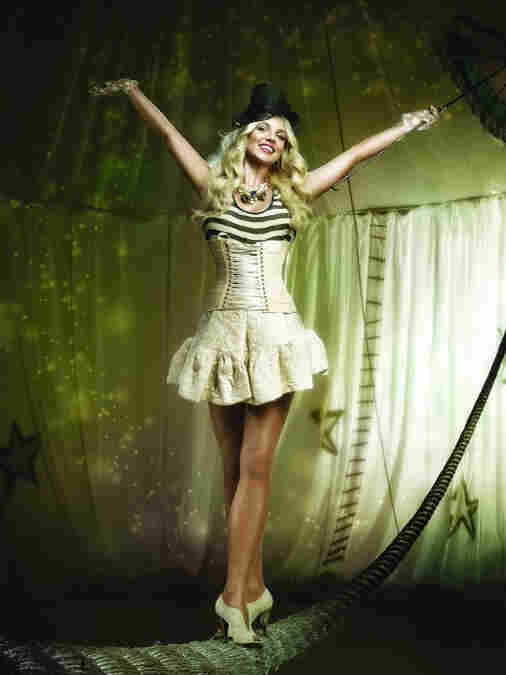 Britney Spears and the tightrope artists walk between surviving and selling out. OK, so maybe Spears doesn't actually walk this metaphorical tightrope..." () courtesy of the artist hide caption 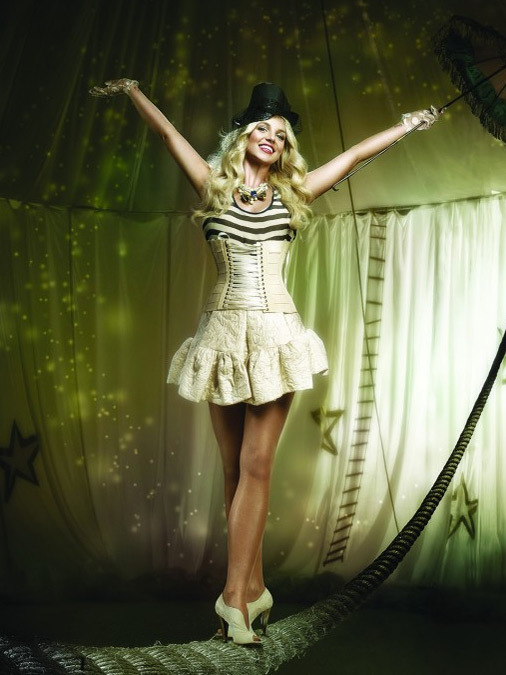 Britney Spears and the tightrope artists walk between surviving and selling out. OK, so maybe Spears doesn't actually walk this metaphorical tightrope..." ()

Is it even possible for an artist to sell out anymore? Before you answer "No!" — or mention that the last five bands you discovered were from commercials — read on.

I'm going to begin this essay with a note that Jean Smith sent me. Jean Smith is a novelist and singer in the literary rock duo Mecca Normal. I asked her about the notion of an underground, what the term "indie" means, and about the state of music in general. Here is her reply:

"Underground" refers to music that has a different purpose and orientation than mainstream bands. Keeping underground as an ongoing description illuminates that there is an under to the over — a distinction that implies motivations other than money and fame. To reduce underground to a description of current trends diminishes its potential power. I guess there are now indie bands on major labels, diluting the reason there were indie bands. Indie is now a genre, where previously it was a stance. Maybe we'll have "undie" bands in the mainstream, and the history of underground culture will fade like the history of the word indie continues to fade. People who hear it and use it forget that it meant independent from major labels. Now, indie is mostly a description of a sound, like alternative is a description of a sound rather than an alternative to how the music industry operates.

Alternative was a description of the way bands operated: putting on shows, working with a label to get your music out as opposed to being a rock star on a major label with staff to handle such details. Both these terms — indie and alternative — have been assigned new meanings that relate to the descriptions of the sounds associated with them. I'm sure if there were "undie" bands, it would almost immediately turn into something to do with underwear. Bands would play in their underwear. Calvin Klein would start making music videos in its newly formed record-label division. The history and meaning of underground culture would no longer be there when the word "undie" is used. I don't believe people think about independent culture, independent from major labels and corporate concerns, when they hear the word indie. Grunge is a sound and a look — perhaps a city and a handful of bands. Indie is a political stance whose history is being replaced by a sound, a look and an era.

MySpace is like the poster, the newspaper article, the radio. When this tool appeared, it was not a corporate enterprise, and that is perhaps more significant than whether using it compromises any perceived indie or underground status. The speed with which independently created tools are absorbed to function as corporate methods is disturbing.

I was recently at a music festival modeled on indie ethics, presenting my lecture "How Art & Music Can Change the World," and I stopped to talk to two young guys in suits. The guys informed me that licensing my music for use in ads and movies no longer had a negative stigma. They told me that it was all okay now to be doing business with corporate America — evidently, all was forgiven; everything had changed. I was being brought up to speed as if no one had told Old Lady Smith that it was okay to shill for Coke or Nike. It is arrogant to be that ignorant of the intentions of work done by past generations, to deem constructive content as consumer-available entertainment, denuding it of its original power by willfully ignoring its most important component: intention.

Why is intentionality being ignored? I would imagine it has something to do with the fact that music has been largely stripped of its context. As exciting, democratizing and demystifying as a more global and decentralized music industry is, this bottomless sonic stew also means that we've largely divorced artists from place, history and physicality.

Furthermore, the very notions of bottomless, endless, everywhere and everything have no accountability. Why? Because as music fans — as consumers — there is nothing more appealing than something that is boundless. Therefore, we don't really care what an artist's intention is as long as his or her product is accessible to us. And corporations and their commercials are often the ones bringing the songs to us, curating our experience and our means of exposure, or giving our favorite musicians the most money, so that they can continue making the music that we love.

And even when this whole process does begin to sound incredibly sad and crass, it again boils down to the way technology can flatten and desensitize our experiences. I love my iPod and iTunes as much as the next person — I am floored that I can listen to a Betty Davis track followed by The Damned, which is then followed by Alemayehu Ashete — but while those devices might cohere all of my varied musical tastes, they also render context invisible.

So, while we might be irked that our favorite band has sold a song to VW or McDonald's, we can instantly decontextualize and remove that song from its annoying commercial counterpart. When we don't buy full albums anyway, when we don't care about album sequence (which is all about intention) or look at the band's artwork or the label they're on (again, all intentional decisions), and when all of the songs we want are free-floating in the ether untethered, then advertisements aren't a source or means of "selling out." Instead, they're the new radio.

So, is it possible for a musician or band to sell out anymore? Probably. I think the bigger question is, why do we no longer care?