Accessibility links
What Does "Indie" Mean To You? Even More Survey Answers!! : Monitor Mix As part of our ongoing end-of-the-decade coverage, we sent out a survey to various people in the music, arts and entertainment communities. We asked, "What does 'indie' mean to you?" For one, "It used to mean community. Now its just a section at T...

What Does "Indie" Mean To You? Even More Survey Answers!!

What Does "Indie" Mean To You? Even More Survey Answers!! 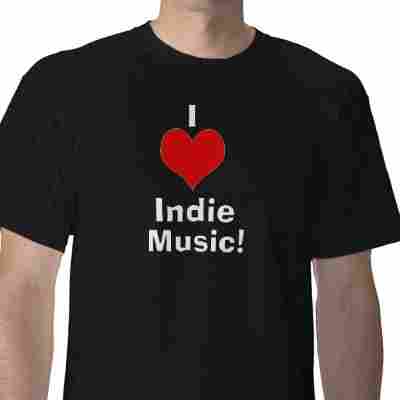 As part of our ongoing end-of-the-decade coverage, we sent out a survey to various people in the music, arts and entertainment communities. Here is another question we asked:

What does "indie" mean to you?

Discuss our respondents' answers and leave your own in the comments section.

Douglas Wolk, writer:
That's very simple. "Indie" is short for "independent." Independently released music is not directly financially dependent on any of the four major labels (WMG, Sony BMG, EMI and Universal). "Indie" does not refer to a style of music; it refers to the financial circumstances of its distribution. Anybody who tells you otherwise is lying to you, and should be viewed with suspicion.

Sam Coomes, musician, Quasi:
Nothing. In the very distant past it signified a non-corporate M.O.

Megan Holmes, photographer:
It used to mean community. Now its just a section at Target.

Andrew Kesin, co-owner, Ecstatic Peace Records:
It means not having an affiliation or financial obligation to a larger organization and having the freedom to act accordingly. It has some relevance on the business side but none at all in the way Lou Barlow meant it in "gimme indie rock". That "indie rock" as a classification doesn't exist any more.

Jimi Biron, Executive Director of Booking, Crystal Ballroom:
I want to say it means bands of any genre that operate with an independent philosophy, that are driven by creating their music regardless of how different and are direct descendents of Fugazi and the whole Flaming Lips DIY approach. But to tell the truth, when someone says to me "indie," I hear Death Cab for Cutie. And that isn't disrespectful to them, they are a great band and make great music and quite possibly are in line with the earlier description. But I hear so many bands that are trying to be DCFC and not being original and I think rolled jeans, ironic t-shirt, and a messenger bag.

Chris Lyons, musician, The Carrots:
Boring bands that I have never heard but have seen their name written a thousand times that sell out Emo's and probably hate the Troggs.

Josh Madell, Other Music:
I try to keep it real, only music released on truly independent labels can use the name, but really the term can relate to a level of professionalism. For better or worse, "indie" music is less slick, more personal, more idiosyncratic, but these days it can be just as generic, and simply of lower quality.

Tristan Aaron, Media Director, Women's Media Center:
It means a band who cultivated a fan base for at least one album before they had any kind of money or marketing behind them.

Rob Walker, co-founder of significantobjects.com and author of Buying In:
I don't have a personal answer to this, but there's a funny thing in Kaya Oakes' book Slanted and Enchanted -- she asks her students this question every semester, and invariably someone says, "Skinny jeans." I think this may say as much about contemporary youth culture as it says about music.

Slim Moon, Shotclock Management; founder, Kill Rock Stars:
I'll always think of it as independent of major publicly held for-profit corporations, but I understand that it means other things to other people - an ethos, a community, a style, an aesthetic or a sound.

Tim Quirk, VP of Music Programming, Rhapsody:
It means making music for its own sake, rather than as a route to being famous.

Al Shipley, writer:
"Indie" was already well on its way to primarily describing an aesthetic criteria, more than a business model, ten years ago. The main difference since then is that where it once was used colloquially as an abbreviation for "indie rock," the rock is gone and indie is just indie now. Indie pop, indie dance, indie hip hop, every genre has its own variant filtered through the indie sensibility, and what little rock still exists in indie doesn't rock very hard anymore.

Jon Cohen, co-Founder FADER Media/Cornerstone:
Indie to me does not mean the same thing that it used to. I do not mean that in a negative way, the meaning of indie has just changed a lot. Back in the day indie was a real niche and underground. Today I equate indie with self-sufficiency or a more DIY model. There is also not much of a filter on Indie the way there was 10-15 years ago. Now the indie world is just flooded with tons of music. Overall the explosion of Indie is a great thing. It is really exciting to see bands and their smaller teams surrounding them make sh-- happen. We've see some amazing careers develop in the last 10 years from the indie world.

Kristin Thompson, Education Director, Future of Music Coalition; musician:
I'm not sure there's any solid definition these days, and perhaps that's okay. In the 1980-90s it referred to that cohort of bands that put out records on indie labels, used indie distributors, and tended to fly below the radar of most things commercial. But now many of my favorite bands on some of my favorite indie labels have songs in major movie soundtracks, video games, and in network TV shows. Do I begrudge them, call them sellouts? Not at all. The dynamics of the music industry means that there are opportunities out there for bands that simply didn't exist in the past, and a smart licensing deal could mean an indie band has the money to record or tour, or afford health insurance. Good for them. If I had to come up with some sort of "indie criteria", it would be bands that retain majority control of their copyrights and other assets, and work in partnership with indie labels.

Albert Mudrian, Editor-In-Chief, Decibel Magazine.
Thanks to the erosion of the music industry, the term "indie" certainly doesn't hold the same weight it did in the '90s. In fact, pretty much every metal album you'll find in the United States is released on an "indie." There are only a handful of major labels still standing, and just a few heavy metal bands currently have major label-deals: Slayer, Mastodon, Lamb of God and Down. I think there's an excellent chance that by the end of the next decade every artist releasing music will be considered "indie."

Andrew Noz, writer:
Absolutely nothing, it's a laughably irrelevant term. I primarily listen to records that are produced and marketed on an entirely independent level and none of the artists who made them would self identify as "indie." On the other hand, most successful "indie" acts of the past decade function as wholly corporate entities - even those that aren't signed to major labels are backed by major press and publicity firms.

Alex Cohen, host, All Things Considered on KPCC; contributor, NPR's Song of the Day:
Sadly, nothing any more. (Jeez, do I sound jaded or what?!) The only positive association I have with that word was the great radio station that was here in LA for a few years. They played great stuff. Henry Rollins had a show that was out of this world. But they got cancelled and are only online now.

Rachel Blumberg, musician:
Oh that word! I guess it still means the same thing to me it did a decade and more ago. It means music not known by or supported by the greater populous, residing in its' own little niche or community, being music for music's sake. That is what it has always meant to me. And I think that still exists. I guess it also means-- and lots of people would define it as being--a label or record store that isn't owned by some big corporation, but something that is owned by an individual or individuals. But in the music world, these lines have grayed so much in the last decade. Sometimes a label appears to be--and wants people to think--t's independent but it certainly is not.

David Scheid, tour manager:
Unfortunately, for me, I think it's come to be almost a derogatory thing. I think that's due to my tastes changing, but I think a lot of the indie music I hear seems middling and dreadful.

Greg Selkoe, CEO of Karmaloop & Karmaloop TV:
Indie to me means you are doing it on your own. Because of today's technology, you can be successful and indie at the same time, artists today are gaining fame through YouTube, MySpace, Twitter and Facebook.

Lance Bangs, director, filmmaker:
That the music isn't coming to me through the tracts of the 4 remaining multinational music corporations: Sony/Universal/EMI/Warner Music Group.