Accessibility links
My Jeans? They're Kings Of Leon : Monitor Mix Sometimes, I'm glad to live in the good ol' U.S. of A. Why? Because the odds are slightly better in America that Kings of Leon would NOT end up with their own clothing line. England, on the other hand, doles out clothing lines to rock stars with...

My Jeans? They're Kings Of Leon

My Jeans? They're Kings Of Leon 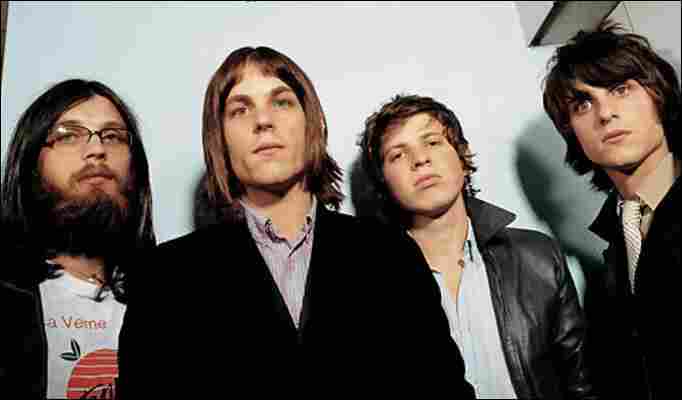 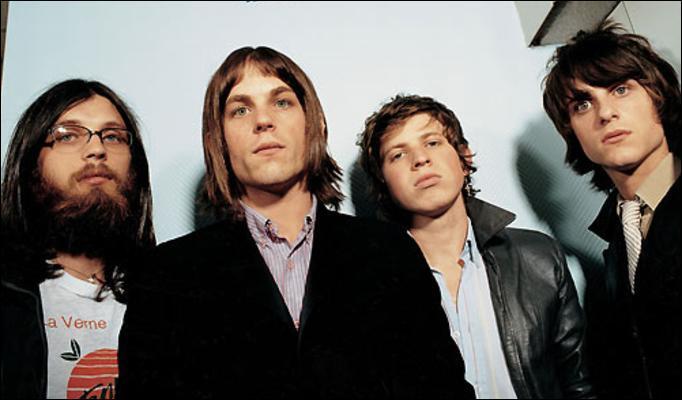 Sometimes, I'm glad to live in the good ol' U.S. of A. Why? Because the odds are slightly better in America that Kings of Leon would NOT end up with their own clothing line. England, on the other hand, doles out clothing lines to rock stars with only a slightly greater frequency than it doles out knighthood to rock stars.

There is plenty to exalt and admire about the ways in which England embraces music: They turn underground bands into magazine-cover darlings and chart-toppers, in a frenzied and blitzed-out way that could and would never happen in the U.S.

But worship is its own beast, with its own needs, and I suppose that one way to feed the hunger -- and to make it grow -- is to turn musicians into more than just songwriters and performers; to turn them into products that can match our consumptive appetites.

At least that's probably what some savvy person -- who no doubt sat down in a meeting and tossed around words and phrases like "synergy," "brand identity" and "cross-pollination" -- thought about when he or she came up with the idea to sell � 63 ($100) Kings of Leon bandanas.

The 12-piece KOL clothing line, which pairs the band with the French-based creative agency Surface to Air ("a unique group operating in fashion, communication and film"), also features flannel shirts, a leather jacket, belts and fedoras.

Why anyone would buy a bandana anywhere but at a truck stop is beyond me. And, as for fedoras, I think that look reached its apex with Duckie from Pretty in Pink. (Though it was pretty easy to find a fedora at Target during all of 2009.)

Yes, fashion and music have been linked since practically the beginning. And as fans, especially during our impressionable youth, we often look to bands and album covers as style guides. (Those bands, of course, were copying, updating and re-imagining everyone and everything from the aesthetics of Godard and Truffaut to James Dean and Sal Mineo, from Bonnie and Clyde to New York City or Kingston, Jamaica-based streetwear, to Elvis, who himself was often doing his best impression of Little Richard.) As a kid, I wanted to look like Simon LeBon, Madonna, Kate Pierson of the B-52's, Kim Deal or Kim Gordon or just like someone who didn't only own corduroys, Doc Martens and T-shirts.

I was never particularly Goth or punk or ska or metal, but was always a little bit jealous of the solidarity-producing fashion codes associated with those musical genres. After all, it was such an easy way to identify your allies. I definitely was a little bit grunge in high school (living in a suburb of Seattle and all), wrapping flannel anywhere it would fit, with shirts hanging off me like a plaid flag always flying at half-staff. Music was the way in, but the world it opened didn't end there. Bands were like gangs, and us fans were extensions of those gangs; appendages hoping to be mistaken for the real thing.

So it doesn't bother me that people would want to look like the members of Kings of Leon. (Though I would hope that nobody thinks skinny jeans and leather jackets began with the Followill family). I am slightly confused as to why it's KOL and not someone else; there are musicians with more of an interest in fashion, who might bring something unique or new to the market. Yet maybe it's Kings of Leon because it's the type of band -- and it's not alone -- willing to commodify each and every aspect of its identity, which doesn't see a single part of itself as unbranded.

On the other hand, maybe I'm being too negative. When I'm in the crowd, you'll be in your KOL skinny jeans and I'll be in my KOL bandana, and that's how we'll know we're supposed to be friends. See you in the pit!