That's The Way Love Goes: A Valentine's Day For Everyone

That's The Way Love Goes: A Valentine's Day For Everyone 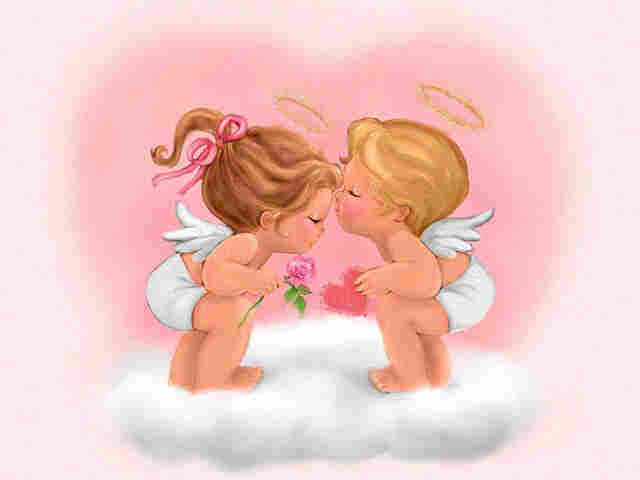 Valentine's Day is nearly upon us! You've probably been wondering about -- perhaps even waiting for -- the annual Monitor Mix Valentine's Day post. Fear not: That day has arrived. Two years ago, I doled out advice on the art of the February 14 mix tape. And last year, I helped readers choose their own Valentine's Day musical identity. For 2010, Monitor Mix will help you plan a romantic evening; whether you're married, partnered, suffocating-and-lovin'-it, together-but-lonely or single, I have the perfect night for you.

Monogamy is so old-fashioned, it went out of style on Nov. 7, 2009, at 6:34 p.m. That's when your boyfriend told you that the best way he could express his love for you would be by expressing his love for someone else at the same time. Armed with a copy of The Ethical Slut, he told you how jealousy was a rain cloud on his rainbow of love. Not wanting to smudge his rainbow, you agreed to upgrade your relationship to a larger box of crayons. Two days later -- it seemed so sudden, but he said he'd just met her at the gym that morning -- Jenna arrived.

For Valentine's Day, you'll be dining in, because no restaurant short of Larry Flynt's Hustler Club wants to accommodate a six-legged couple. Split up the food prep three ways (wait, this isn't so bad!), buy two bouquets of flowers (you'll be receiving two, as well!) and dim the lights. Then get ready for romance, tripod-style!

You: blamed your iPhone for the fact that you forgot Valentine's Day last year.

That your partner believed you is a testament to just how crummy the iPhone is. The conversation went like this:

You: Honey, I'm so sorry, my iPhone said it was February 41st.
Her/Him: Only the iPhone could do something like that.
You: I know, isn't that crazy? Apple makes uselessness so beautiful.

Your romantic evening will start off with a ritualized slaughter of your iPhone while your partner looks on. Download the iPhone Ritualized Slaughter app and follow the instructions. Then, on a $40 cellphone, make the first uninterrupted, clear-sounding phone call you've made in years! Call your favorite restaurant, confirm your reservation, and then -- without using GPS to navigate the three blocks you have to walk and without checking the weather, even though you're standing outside IN the weather -- go to the restaurant. Order a bottle of wine and get dessert. Now that you can no longer do a mobile Facebook update from the table, look your person in the eyes and say something nice for a change.

You are: single with dog (SWD), a status that transcends sexuality.

Ever since the dog started sleeping in bed with you, you're wondering if you need human contact at all anymore. There's no sex, obviously, but the spooning has never been better. Plus, now you don't have to put on lipstick along with your pajamas, nor do you have to get up early and sneak off to brush your teeth, just so you can pretend you never get morning breath. Nope, now it's sweatpants, bad breath and an unapologetic stream of gas. Instead of waking up next to someone and thinking, 'Do you love me?' you wake up and think, 'Who's a good dog?' The amazing part is, you know the answer!

Your dog has no idea that Valentine's Day is any different than any other day, which means that it's all about you projecting your feelings onto him. Is he happy? Is he lonely? Does he need anything? Does he like his job? Is love forever? You'll never know, so just give him another biscuit and invite him up onto the couch. It's movie time! Does he like rom-coms? You bet he does.

You: are dating your doppelganger a.k.a doppelBANGer

You and your significant other have started to look exactly the same. You thought this could only happen to gay couples, but you were wrong. It all began with his-and-hers baseball caps; then came the matching track suits, and now you go to the same hairdresser. You both love Nike shoes, Jack Spade messenger bags and North Face puffy coats. You love it when you're both in an American Apparel hoodie and Converse. It should feel wrong, but you know what? It doesn't. Deep down, your perfect match is, well, you. And now she/he is you. Almost.

Your Valentine's Day will be easy: You like all of the same things! You'll each wear a Gap sweater. Whose Subaru Wagon should you drive? Ha ha ha! It doesn't matter; they're both great! That's so weird that you put some of the same songs on the mix CDs you made for one another. You bought each other the same brand of perfume and cologne? Burberry? No effing way! You smell like me! No, you smell like me. Only a mirror would have been a better gift.

Song Picks: Queen, "We Are the Champions." Any song by Tegan and Sara or Nelson.