Accessibility links
It's Well Past Tomorrow, And Keir Dullea Is Far From Gone Best known for 2001, the actor actually spends most of his time doing theater. Michael Portantiere catches up. 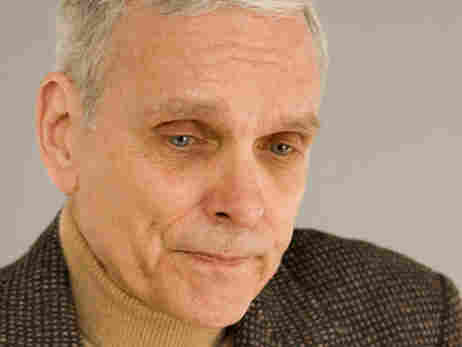 Keir Dullea may have been dismissed by Noel Coward, but he's still around, currently in a production of I Never Sang For My Father. Suzi Sadler hide caption

"Keir Dullea, gone tomorrow" was Noel Coward's famously cutting remark about one of the hottest young actors of the 1960s. The comment, uttered on the set of 1965's Bunny Lake is Missing, proved to be not only inaccurate but also especially ill-timed: The film that earned screen immortality for Dullea -- 2001: A Space Odyssey -- was still three years in the future.

Continually ranked on even the shortest lists of cinema masterpieces, that classic stars Dullea as an astronaut forced to contend with a quietly mad computer en route to Jupiter for a rendezvous with destiny. The film has overshadowed the rest of his career, but Dullea has been famously philosophical: "It's a lot like it probably was for the model who posed for the Mona Lisa," he's said. "She might have posed for a lot of good painters, but all we know now is the one hanging in the Louvre. ... I think she would consider that pretty terrific."

Dullea's other notable films include David and Lisa, The Fox, and De Sade, but live theater has always been his main focus. On Broadway, he created the role of the blind Manhattanite Don Baker in Butterflies are Free, which played more than 1,000 performances, and he was perfectly cast as Brick opposite Elizabeth Ashley's Maggie in the 1975 revival of Cat on a Hot Tin Roof. Married since 1999 to actress Mia Dillon, Dullea is currently appearing in the Keen Company's production of I Never Sang for My Father, a rarely revived play about an emotionally remote patriarch whose uncomfortable relationship with his college-professor son (Matt Servitto) becomes even more difficult following the death of the mother (Marsha Mason). Just prior to a recent performance, I talked to Dullea about this show in particular and his career in general:

Your role in I Never Sang for My Father, Tom Garrison, represents a familiar archetype of the rigid WASP. Have you known many men like that?

Well, I'm happy to say that my father was nothing at all like this character. And I don't believe I've known anyone like the man -- though, of course, unless you're in the family situation, you don't usually know what's going on behind closed doors. Actually ... I'm going to be a little mysterious here, but there is a gentleman I know who has certain qualities of the character I'm playing. He was definitely a Depression baby, so money weighs on him a lot. This friend has changed in his old age, but when he was younger, he didn't show a lot of affection to his children; his wife showed the affection. He's the kind of man who has friends in the Rotary Club, and all that. He's certainly not as mean as the character in the play can be, but there are enough similarities that I was able to drawn on him in playing the part.

That Coward quote, a "destructive" director, and why HAL isn't on Dullea's answering machine, after the jump ...

I didn't see you and Elizabeth Ashley in Cat on a Hot Tin Roof, but I was lucky enough to see you both in The Little Foxes at the Shakespeare Theatre Company in D.C.

She's one of my favorite acting partners, and I think I've worked with her more times than anyone else -- Broadway, movies. We did a little sleeper movie called Paperback Girl that didn't do anything in this country but broke box-office records up in Canada; it was kind of a Canadian Last Picture Show. We even went to the same drama school; that's where I first met her. Elizabeth is a great actress.

You've worked with some truly iconic actors, directors, and writers. Do you mind if I ask you about the Noel Coward quote?

I don't mind at all. It happened during the filming of Bunny Lake is Missing. I didn't have any scenes with him, but I knew he was on the set one day, so I asked to be introduced to him. I figured it was a once-in-a-lifetime opportunity. Someone said, "Mr. Coward, this is Keir Dullea." And without missing even half a beat, he said, "Oh! Keir Dullea, gone tomorrow!" I don't think he was trying to be cruel; that's just the way he was. He had an incredibly quick mind. It's not the most positive line ever, but I quote it all the time, because it came from Noel Coward.

I don't suppose you ever got to really know him.*

I never saw him again. That was it!

What are your memories of the Broadway flop P.S. Your Cat is Dead, by James Kirkwood.

James was a really nice guy. I wasn't sure about doing the play, but I had a meeting with him, and he was so lovely that he convinced me to do it. That play was directed by someone else I really enjoyed working with, Vivian Matalon, who also directed me and Lee Remick in the London premiere of Bus Stop.

P.S. Your Cat is Dead is about a depressed actor who confronts a burglar in his apartment, beats the guy senseless, ties him up, and then the two of them get into this weird psycho-sexual relationship. All of that was pretty edgy for 1975, which is probably why the show only ran for 16 performances.

Yes. I think if it opened today it would run longer, because gay theater is much more out there now than it was at the time.

In Butterflies are Free, your co-stars were Blythe Danner and Eileen Heckart.

The experience of working with those two ladies was wonderful. It was a match made in heaven. And we had a wonderful director, Milton Katselas.

I didn't get to see you in the play; I saw your replacement, David Huffman, who in 1985 was tragically murdered by a thief in San Diego.

I didn't know that. Jesus Christ! Then he's another one: Brandon De Wilde had been doing a production of Butterflies are Free in Denver when he was killed in a car crash.

You appeared with John Huston in De Sade.

I was a little in awe of him, but he was a lovely man and a wonderful storyteller. He was quite a character. There was so much history on his shoulders.

Speaking of characters, how about Sandy Dennis.

Oh, she was a sweetheart. You know, I rake over my memory, but, I can't remember ever working with an actor that I had a problem with. I've been very fortunate.

I must ask you about your experience with Stanley Kubrick on 2001.

It was a great experience. As it turned out, I worked back-to-back with two directors who were the polar opposite of each other; the film I did just before 2001 was Bunny Lake, with Otto Preminger. Going from Preminger to Kubrick was like going from hell to heaven. I'm sure you've heard the stories about Preminger. They're all true. He was one of the more destructive individuals I've known, a real bully. But Kubrick was wonderful. 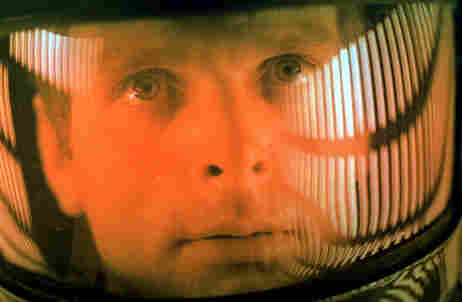 Are you friends with Douglas Rain, who was the voice of HAL the computer?

We have never met, never spoken. Apparently, he doesn't like to talk about 2001 in interviews. He's a classical actor in Canada. This is not a quote, but I'm told that his attitude is, "I've done Shakespeare and the classics for 50 years, and all anyone wants to talk to me about is a film that I worked on for two days." I do have a picture with his signature; it's a photo of me and Gary Lockwood, who played the other astronaut, in the pod, and through the porthole of the pod you can see the red eye of HAL, reading our lips. Douglas signed it for me as a personal favor -- but I had to go through an intermediary to get him to do it.

I was thinking it would be cool if you could have Rain doing HAL as the outgoing message on your voicemail. You know, "Hello, this is HAL. Dave can't come to the phone right now. This conversation can serve no purpose anymore. Goodbye." I think that would be hilarious, but given what you've just said, I don't imagine it's ever going to happen.

You're right on both counts.

*Correction: In a question about Noel Coward, we mistakenly said that he died "not long after" the filming of 'Bunny Lake is Missing.' He died in 1973, eight years after his encounter with Keir Dullea. Return to the corrected sentence.