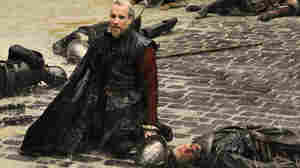 Rhys Ifans plays the Elizabethan aristocrat Edward de Vere in Roland Emmerich's Anonymous. The movie speculates that de Vere, not Shakespeare, was the real author of the bard's works. 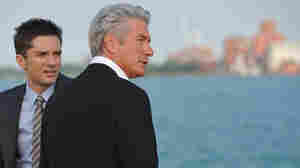 October 27, 2011 • In this spy thriller, a retired CIA operative (Richard Gere) teams up with a rookie FBI agent (Topher Grace) to investigate the brutal killing of a U.S. senator who had business ties to Russia. 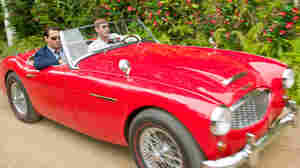 A Good Ride: Journalist Paul Kemp (Johnny Depp, left) is looking for more than a story in The Rum Diary, based on a semi-autobiographical story by Hunter S. Thompson.

October 27, 2011 • Based on a Hunter S. Thompson novel, this adventure follows a liquored-up New York journalist (Johnny Depp) during his time in Puerto Rico working for a local newspaper. 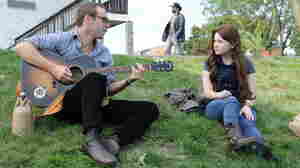 Suddenly, A Duet: Rocker Ethan (Alessandro Nivola, left) discovers he has a teenage daughter (Abigail Breslin), when her ex-groupie mother dumps her with him on the way to rehab.

October 27, 2011 • A hard-drinking indie rocker gets a visit from a rehab-bound ex-girlfriend — and the 13-year-old she says is his daughter — in a film whose central performances have a lightness that help compensate for a formulaic plot. 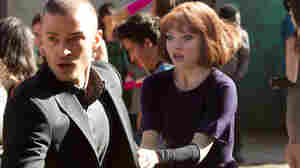 Against the clock: Will and Sylvia (Justin Timberlake and Amanda Seyfried) live in a world where time literally is money — and it's running rapidly out for most.

October 27, 2011 • A dystopian thriller imagines a world where the rich can buy immortality, and the poor perish if they can't find a way to put more minutes on their life clocks. 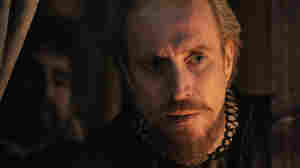 Beard of Avon? Rhys Ifans plays the 17th Earl of Oxford, who in the preposterous calculus of Anonymous is the "real" author of Shakespeare's plays.

October 27, 2011 • Could Shakespeare have been in love if he didn't even exist? Director Roland Emmerich's Elizabethan-era costume drama turns a cockamamie idea about the Bard's "real" identity into a ridiculous but handsome thriller. 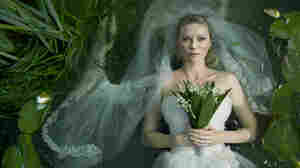 Here Bums The Bride: Lars von Trier's Melancholia centers on a newlywed (Kirsten Dunst) whose chronic depression leaves her singularly well-equipped to confront the end of the world. 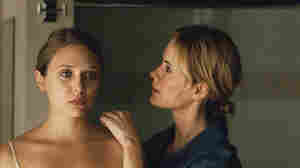 Elizabeth Olsen (left) plays Martha — or is she Marcy? May or Marlene? — a strained and strange young woman who has fled a cult's rural commune to take refuge with her sister (Sarah Paulson).

October 20, 2011 • Elizabeth Olsen is spellbindingly mercurial as a paranoid young woman struggling to reconnect with her family after leaving an abusive cult. (Recommended) 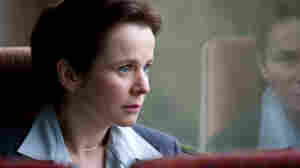 October 20, 2011 • This docudrama recounts a Nottingham social worker's shocking discovery — that tens of thousands of British children were deported to Australia over the years without their parents' consent — and her crusade to expose the scandal. 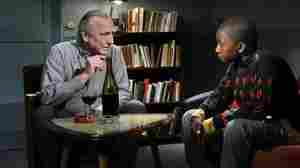 At 'Le Havre,' A Rue-Tinted Fable Of Time And Transit 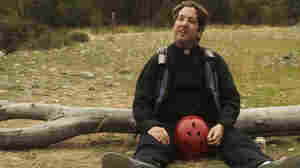 Roamin' Collar: A priest (Steve Little) loses his Bible — but finds a new perspective — an a canoe trip with a former schoolmate in Todd Rohal's The Catechism Cataclysm.

October 20, 2011 • A disenchanted priest takes a sabbatical, embarking on canoeing trip with an ex-heavy metal guitarist once engaged to his sister. They're joined by two young Asian women who call themselves Tom Sawyer and Huck Finn. And then things gets weird. 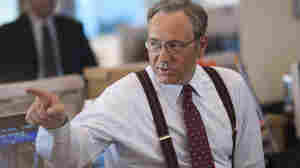 Kevin Spacey gives "a major performance, his best in a decade," as a Wall Street executive trying to do the right thing in the middle of a financial panic.

October 20, 2011 • This fiscal thriller, starring Kevin Spacey, Zachary Quinto and Demi Moore, is set during one day in 2008, as a group of brokers try to prevent their firm from going belly up. David Edelstein says that given the headlines, the film's timing couldn't be better. (Recommended) 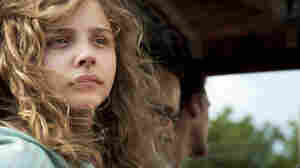 Wild Child: Neglected by a mother who is busy turning tricks, Little Anne (Chloe Grace Moretz) becomes a target for a killer in Texas Killing Fields.

Constant 'Garden'-er: A diligent mom (Julia Roberts, with Cayden Boyd) struggles to hold together a family dominated by an overbearing father and rocked over the years by conflict and tragedy.

October 13, 2011 • A full-on family brawl is the kind of fodder that makes for a good time at the movies, at least when all the elements are in place. Critic Ella Taylor reports that despite its A-list cast, Dennis Lee's high-octane melodrama doesn't quite catch fire. 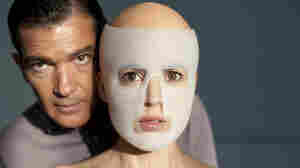 Vera (Elena Anaya) is both patient and obsession for plastic surgeon Robert Ledgard (Antonio Banderas), who is bent on creating a synthetic skin that can resist any kind of damage.

October 13, 2011 • Pedro Almodovar's film The Skin I Live In reunites him with actor Antonio Banderas, who first came to international attention as an obsessive lover in the director's 1987 film Law of Desire. This time, Banderas plays a scientist driven to replace his dead wife with a carbon-based copy.