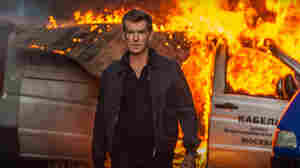 August 29, 2014 • Pierce Brosnan has left James Bond behind, but he struggles for his footing in an action thriller he himself fought hard to bring to the screen.

August 29, 2014 • The late author wrote close to 50 novels, and several of them, including Get Shorty and Out of Sight, were made into films. His 1978 book The Switch has been turned into a film called Life of Crime. 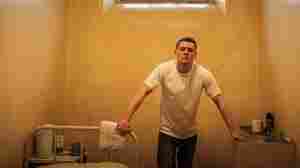 Jack O'Connell plays a teenager in an adult prison facility in Starred Up. Courtesy of Tribeca Film hide caption 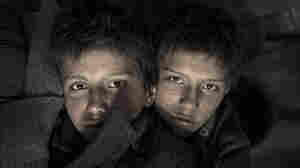 August 28, 2014 • What begins as a World War II weepie quickly morphs into a dark story of separation, brutality and parenting that's far from the current nurturing American model. 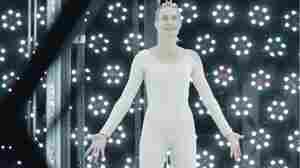 Robin Wright plays a version of herself in The Congress. Courtesy of Drafthouse Films hide caption

August 28, 2014 • Israeli director Ari Folman creates a trippy, half-animated film that posits a world where movie studios eventually take over the world, allowing us to consume, literally, our entertainment.

'Love Is Strange' — And Funny, Hard And Heart-Breaking

August 23, 2014 • Love is Strange stars John Lithgow and Alfred Molina as a couple whose marriage, after 39 years together, is the start of a very complicated story.

'Love Is Strange' — And Funny, Hard And Heart-Breaking 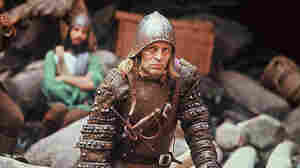 Werner Herzog's 1972 film Aguirre, the Wrath of God was shot along the Amazon in Peru. It probes one of the filmmaker's themes: an unsentimental look at humankind's relationship to landscape and nature. Courtesy of The Shout! Factory hide caption

August 22, 2014 • The 71-year-old German filmmaker made daring movies in the 1970s that pushed viewers into unsettling mental spaces. The tremendous boxed set Herzog: The Collection highlights his authentic style.

Romance Fans Will Fall For Characters In 'If I Stay'

August 22, 2014 • If I Stay is based on the best-selling novel by Gayle Forman. Chloë Grace Moretz plays a 17-year-old girl, in a coma after a car wreck, who has to choose between life or death.

Romance Fans Will Fall For Characters In 'If I Stay' 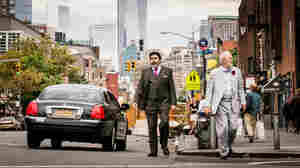 August 21, 2014 • The romantic drama Love Is Strange finds John Lithgow and Alfred Molina playing newly married men whose lives are upended and whose spaces are disrupted. 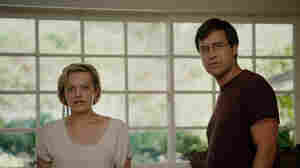 Elisabeth Moss and Mark Duplass play a couple on the brink of divorce in The One I Love. Courtesy of Radius/TWC hide caption

'The One I Love': A Marriage That's Not Quite What It Appears

August 21, 2014 • The One I Love begins as an affecting story about marriage, but as it bogs down in too much explanation of its fantasy elements, it squanders good performances from Elisabeth Moss and Mark Duplass.

'Giver' Fans Likely To Be Disappointed By Movie's Pace

August 18, 2014 • The new movie The Giver stars Meryl Streep and Jeff Bridges. It's an adaptation of the young adult novel by Lois Lowry about a world where emotion and feeling have been done away with.

'Giver' Fans Likely To Be Disappointed By Movie's Pace 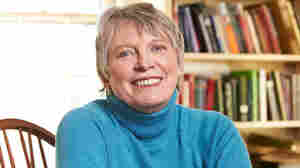 Lois Lowry says she didn't think of The Giver as "futuristic or dystopian or science fiction or fantasy" — it was just a story about a kid making sense of a complicated world. Matt McKee/Houghton Mifflin Harcourt hide caption

August 16, 2014 • Lowry's father didn't have Alzheimer's but as he began to forget his past, the author says, she began to imagine a book about eliminating painful memories. The Giver has just been adapted into a film. 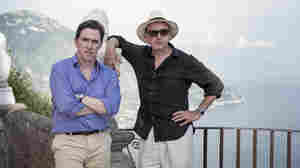 British comedians Rob Brydon and Steve Coogan return for another round of dining, arguing and celebrity impressions — this time in Italy. IFC Films hide caption

August 15, 2014 • Critic Bob Mondello says The Trip To Italy will make you hungry for all the delicious Italian food its stars ignore in this celebrity-impression-stuffed romp along the gorgeous Amalfi coast. 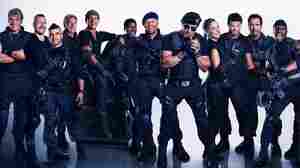 The Expendables are back with enough male movie stars in black to go around. It's possible some of your relatives are in this picture. Lionsgate hide caption

'Expendable' Indeed: The Best Of A Bad Bunch Is Still Pretty Bad

August 15, 2014 • The Expendables franchise, a series of movies built entirely around the aged nature of its stars, returns with its best entry yet — not that this means it's any good. 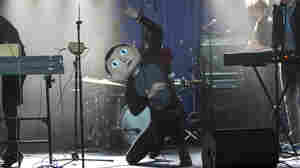 August 14, 2014 • The offbeat film Frank, from director Lenny Abrahamson, shows compassion for its characters unevenly, but represents an interesting attempt to balance surreal comedy and serious matters of the mind.