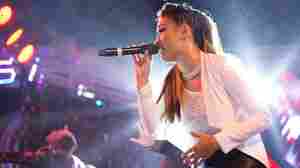 For fans of original music in Cambodia, the movement is about more than just the songwriters. "People see original music as this living proof that we are moving forward," Laura Mam says. Courtesy of the artist hide caption

Across Languages And Generations, One Family Is Reviving Cambodian Original Music

February 29, 2020 • Laura Mam is Cambodian American, and her mother, Thida Buth, is a Khmer Rouge survivor. They're fostering the pop music movement in Cambodia that was wiped out almost 40 years ago.

Across Languages And Generations, One Family Is Reviving Cambodian Original Music 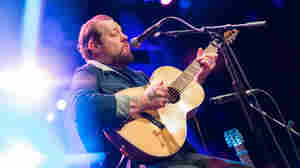 Nathaniel Rateliff Finds The Light Through A Lot Of Darkness 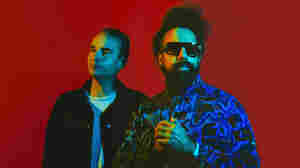 Wajatta is a sort of musical odd couple: John Tejada (left) is a meticulous electronic composer and Reggie Watts (right) improvises all his music. Their album, Don't Let Get You Down, is out now. The1point8/Courtesy of the artist hide caption

toggle caption
The1point8/Courtesy of the artist

February 28, 2020 • The electronic duo, composed of improvisational musician and comedian Reggie Watts and LA dance music powerhouse John Tejada, talk about their second album, Don't Let Get You Down. 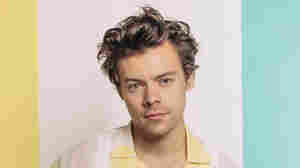 "I'm trying to let go of the worrying thing, and that's what I've loved the most about this album, rather than the first one," Harry Styles says of making his album Fine Line. Helene Marie Pambrun/Courtesy of the artist hide caption

Harry Styles On 'Fine Line,' Stevie Nicks And His Definition Of Success

February 27, 2020 • NPR's Mary Louise Kelly talks to the pop superstar and former One Direction member about the creative and commercial pressure behind making his sophomore album.

Harry Styles On 'Fine Line,' Stevie Nicks And His Definition Of Success 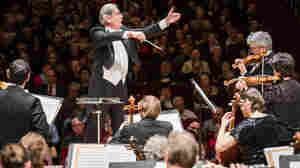 Sir John Eliot Gardiner and the Orchestre Révolutionnaire et Romantique are performing all nine of Beethoven's symphonies in a series of concerts celebrating the composer's 250th birthday. Chris Lee/Courtesy of the artist hide caption

February 25, 2020 • Sir John Eliot Gardiner conducts all nine symphonies this year. He spoke about the surprisingly political side of Beethoven's music with All Things Considered. 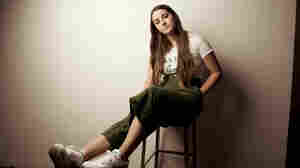 "This story isn't unique to us. There's a lot of parents and kids going through this same thing," Katie Pruitt says of confronting her sexuality and her mother on her debut album, Expectations. Alysse Gafkjen/Courtesy of the artist hide caption

A Debut Album That Confronts Ingrained 'Expectations' With Emotional Clarity

February 24, 2020 • Singer-songwriter Katie Pruitt grew up in a conservative Catholic family in Georgia. On her debut album, she sings about the pressure she felt growing up to hide her sexuality from her family.

A Debut Album That Confronts Ingrained 'Expectations' With Emotional Clarity

February 23, 2020 • Singer-songwriter Banoffee talks about the making of her debut album, "Look At Us Now Dad," and what it took to make it as a musician in Los Angeles after leaving her native Australia. 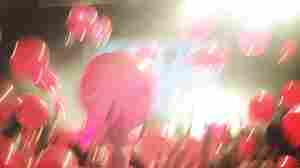 Still Saving The Day: The Most Influential Dance Party In History Turns 50

February 19, 2020 • The Loft, a party that David Mancuso first threw at his Manhattan home 50 years ago, seeded a community — and cemented a belief system that continues to reverberate.

Encore: On 'Seeking Thrills,' Georgia Channels A Lifetime On The Dance Floor

Encore: On 'Seeking Thrills,' Georgia Channels A Lifetime On The Dance Floor 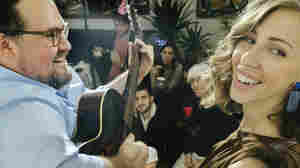 Rachael & Vilray first met in 2003 when they were students at the New England Conservatory of Music in Boston, but didn't begin performing together until 2015. Jonno Rattman/ Nonsuch Record hide caption

February 18, 2020 • The music duo perform songs from their self-titled debut album, which draws on the music of the '30s and '40s. "There is a timeless quality to these old standards," Vilray says. "I feel like I've always been referencing back to those dark childlike adventure stories," Natasha Khan says of the '80s films that inspired the latest Bat for Lashes album, Lost Girls. Logan White/Courtesy of the artist hide caption

On 'Lost Girls,' Bat For Lashes Spins A Vampire Fairy Tale With Synth-Pop

February 16, 2020 • After her 2016 release, The Bride, Natasha Khan didn't know if she'd make another album. But she moved to LA, starting working on a script for a vampire film and found herself writing a concept album.

On 'Lost Girls,' Bat For Lashes Spins A Vampire Fairy Tale With Synth-Pop 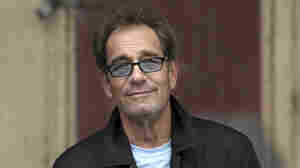 February 15, 2020 • Huey Lewis & The News just released their first album of original music in almost 20 years. But Weather also might be the last for the band's frontman, whose hearing collapsed two years ago. 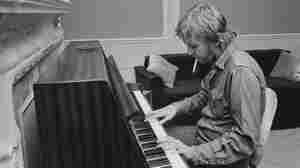 February 15, 2020 • 50 years after Harry Nilsson's concept album about a round-headed boy from a land of pointy heads, his son Kiefo and actor Mike Lookinland talk about a new release of the animated film from 1971.

February 14, 2020 • Shabalala, who died Feb. 11, fronted of the South African a capella group. He spoke with Terry Gross in 1991 about collaborating with Paul Simon on Graceland and growing up on a farm.