May 31, 2008 • Cuban guitarist Manuel Galban became known in the U.S. after playing with Buena Vista Social Club and winning a Grammy with Ry Cooder. But Galban has long been famous in Cuba because of his work with one of Cuba's most famous groups of the 1960s.

Perfect Pitch: The Drama of Collegiate A Capella

May 31, 2008 • Scott Simon talks with Mickey Rapkin about his new book, "Pitch Perfect: The Quest for Collegiate A Cappella Glory," which weaves together the drama of three groups trying to claim glory without instruments.

Perfect Pitch: The Drama of Collegiate A Capella

May 31, 2008 • Scott Simon takes a moment to remember activist folk singer U. Utah Phillips who died this week.

May 30, 2008 • After all of his hits, Al Green is taking his six-decade career in new directions. NPR's Tony Cox talks with the R&B legend about his new album, Lay It Down. This time, he worked with artists like Questlove, the drummer for the hip hop band The Roots.

What's the Deal with Emo Music?

May 30, 2008 • With bands ranging from the Rites of Spring to My Chemical Romance, emo is a musical genre with no clear definition. Emo has always meant different things to different people at different times. BPP director Jacob Ganz walks us through the evolution.

What's the Deal with Emo Music?

Hao Jiang Tian: 'From Mao to the Met'

May 30, 2008 • For more than 20 years, Tian's basso voice has filled major American opera houses. As one of the few Chinese stars in opera, his life story has been as remarkable as his work. He spoke with Soundcheck host John Schaefer.

May 29, 2008 • With classical music sales waning, it's harder than ever for progressive young composers and performers to get noticed. But the independent New Amsterdam label is documenting the eclectic musical community around its classically trained 20-something founders. 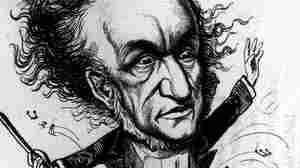 Richard Wagner was a larger than life figure, and his innovations as a composer changed Western music forever. Hulton Archive/Getty Images hide caption

May 29, 2008 • The mere mention of Richard Wagner's name can be a lightning rod for controversy. Wagner the man was a scoundrel, but his music was far ahead of its time. Wagner biographer William Berger joins NPR's Lisa Simeone for an overview of the artist and his groundbreaking music.

Al Green: A Classic Gets Modern

May 28, 2008 • The great soul singer recorded his new album, Lay It Down, with some of today's biggest R&B artists and hip-hop producers. But he says the music is still about "love, love, love."

Al Green: A Classic Gets Modern

May 28, 2008 • A prolific composer of TV and movie music, he was best known for the infectious whistle that marks the beginning of the Andy Griffith Show.

May 28, 2008 • Folk singer Radmilla Cody has a repertoire, which consists of songs from the Native American half of her heritage. Radmilla is also African American: Her mother is Navajo, her father is black. While Cody grew up negotiating the cultures of both parents, she tells Farai Chideya that she feels closest to her Navajo side. 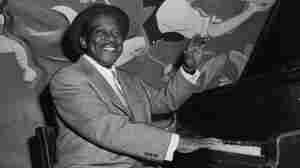 Though Count Basie's band received lukewarm reviews on their first stint in New York, the public warmed up to it quickly. Reg Burkett/Getty Images hide caption

May 28, 2008 • Its conception unique, its talent unmatched, no group ever swung harder than the Basie big band of the 1930s and early '40s. It transformed its leader from Bill Basie, journeyman pianist, into Count Basie, American folk hero.

May 27, 2008 • For his new album, the Iranian-American musician put together an all-star cast of singers and instrumentalists from several different cultures. One is a celebration of international musicians thriving on their differences.

May 24, 2008 • In the late 1970s, D.C.-based band Urban Verbs was destined to be the "next big thing." However, after two albums, Urban Verbs was dropped from its label. This weekend, the band reunites for one show only at the 9:30 Club. Guy Raz speaks with the original members.