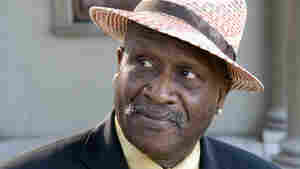 Taj Mahal is credited with helping popularize American blues over the course of his five-decade career. Jay Blakesberg/Courtesy of the artist hide caption

Taj Mahal: Still Cooking Up 'Heirloom Music' His Own Way

June 30, 2013 • The Massachusetts-born, San Francisco Bay Area-based guitarist and singer has mixed styles since he first came on the scene in the late 1960s. A new 15-CD set traces his career from the beginning; NPR's Laura Sydell visits some of his old Bay Area haunts with him.

Taj Mahal: Still Cooking Up 'Heirloom Music' His Own Way

Icona Pop, whose "I Love It" was released last summer, only recently moved into the Top 10 of Billboard's Hot 100. Fredrik Etoall/Courtesy of Big Beat Records hide caption

The Slow Hit Movement: Year-Old Songs On The Pop Charts

June 29, 2013 • Some hits don't shoot up the charts, they gradually rise and peak as they crossover, set off a meme or land on TV. 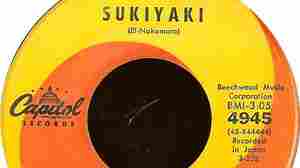 June 28, 2013 • Fifty years ago, Kyu Sakamoto was the face of a new postwar Japan: a clean-cut, 21-year-old pop idol. But professor Ian Condry says that underlying the sweetness of the hit song "Sukiyaki" was a story of sadness and loss. 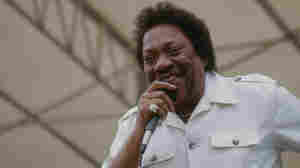 June 24, 2013 • Bland's music is the kind that can school anyone about the incomprehensible depths of love, the importance of dignity and the promise of the kind of good life that really might be within reach. 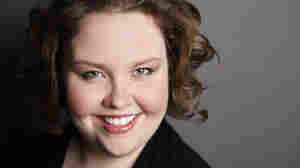 Meet The 2013 BBC Cardiff Singer Of The World

June 24, 2013 • 31-year-old American mezzo Jamie Barton had a double win at the prestigious Welsh competition. She walked away Sunday with both the main prize and the song award. 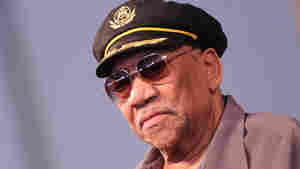 Bobby 'Blue' Bland, The 'Sinatra Of The Blues,' Dies

June 24, 2013 • His classic songs included "Turn On Your Love Light" and "Further On Up The Road." A contemporary of B.B. King, Bland was one of the last connections to the roots of the blues.

LISTEN: A bit of 'Turn on Your Love Light' 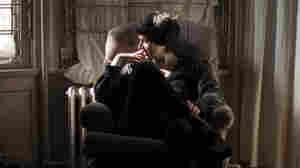 Katie Crutchfield of Waxahatchee relaxes in the west Philadelphia house where her second album, Cerulean Salt, was recorded. Will Figg for NPR hide caption

June 23, 2013 • At 24, Katie Crutchfield has already had multiple careers as a musician. She broke through last year with an aching, bare-bones solo album — but the follow-up, Cerulean Salt, has roots in her years playing underground punk shows. 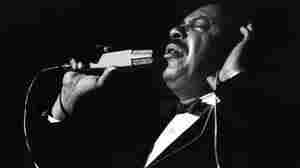 When played on the radio in 1963, songs like Big Joe Turner's "Shake, Rattle and Roll" were code to Birmingham youths, telling them to assemble. Jan Persson/Redferns hide caption

June 21, 2013 • In 1963, civil rights activists wanted to recruit more of the city's young people to the cause. The way to their hearts was often through DJs and music. 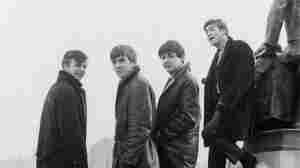 The Beatles pose in Liverpool's Derby Square in February 1963 — the year, according to author Colin Fleming, that yielded the band's most definitive work. Michael Ward/Getty Images hide caption

June 16, 2013 • In 1963, the Fab Four recorded a series of sessions at the BBC, which author Colin Fleming argues are emblematic of the band they would become. 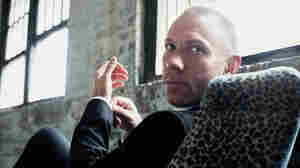 Blake Morgan's songs were played some 28,000 times over a 90-day period on Pandora, earning $1.62 in royalties. Jim Herrington/Courtesy of the artist hide caption

June 15, 2013 • This week, the Internet radio broadcaster bought a radio station in Rapid City, S.D., in an effort to get the more favorable royalty rates given to terrestrial broadcasters. But the move has songwriters and composers up in arms. 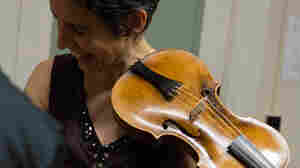 June 14, 2013 • Hearing — and holding — Mozart's own instruments is a thrill like no other. The great composer's violin and viola, which are only pulled out of storage in Salzburg about once a year, are in the United States for the very first time. And the magic they wield is undeniable. 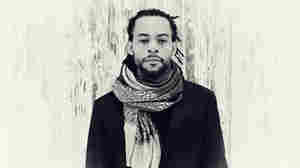 Marc Cary's new album is titled For the Love of Abbey. Rebecca Meek/Courtesy of the artist hide caption

Reflections On A Dozen Years With Abbey Lincoln

June 14, 2013 • When he was 21, pianist Marc Cary moved to New York City to find his father. He wound up finding himself in the upper echelons of the city's jazz scene. Cary's new album pays tribute to the legendary singer and songwriter with whom he spent more than a decade performing. 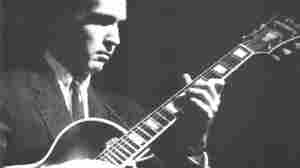 June 13, 2013 • Though mainly a jazz player, wrote the surf guitar anthem "Walk, Don't Run," which became a Top 10 hit for The Ventures on two occasions. 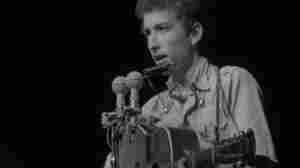 Bob Dylan performs at the Newport Folk Festival in 1963. His set included "Only a Pawn in Their Game," which he would also play at the 1963 March on Washington. Eyeneer hide caption

June 12, 2013 • "Only a Pawn in Their Game," Dylan's response to Evers' assassination, highlights the victimization of poor whites and blacks alike. 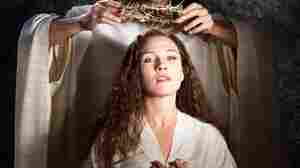 Nathan Gunn and Sasha Cooke star in the new opera The Gospel of Mary Magdalene as Yeshua (the Hebrew name of Jesus) and the title character. San Francisco Opera hide caption

June 12, 2013 • Composer Mark Adamo has made his mark turning classic books, including Little Women and the Greek drama Lysistrata, into operas. His latest, The Gospel of Mary Magdalene, covers more sensitive territory, examining the titular figure's relationship to Jesus — outside the canonical Bible.