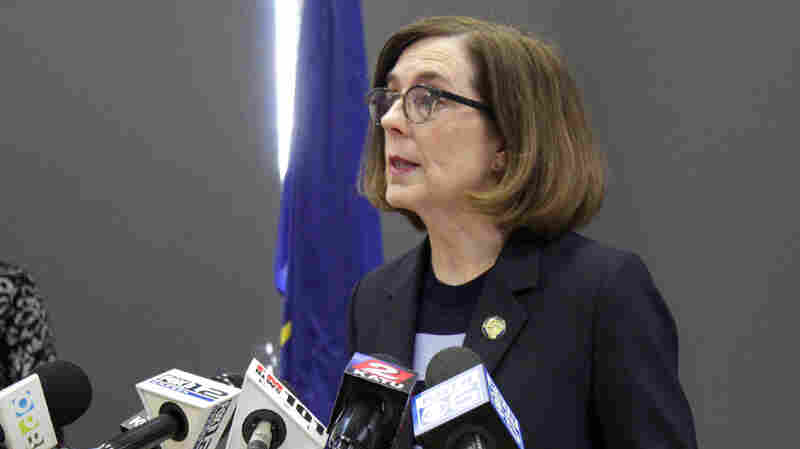 July 13, 2020 • Officials in both Oregon and West Virginia are tightening the limits as coronavirus cases rise in their states. 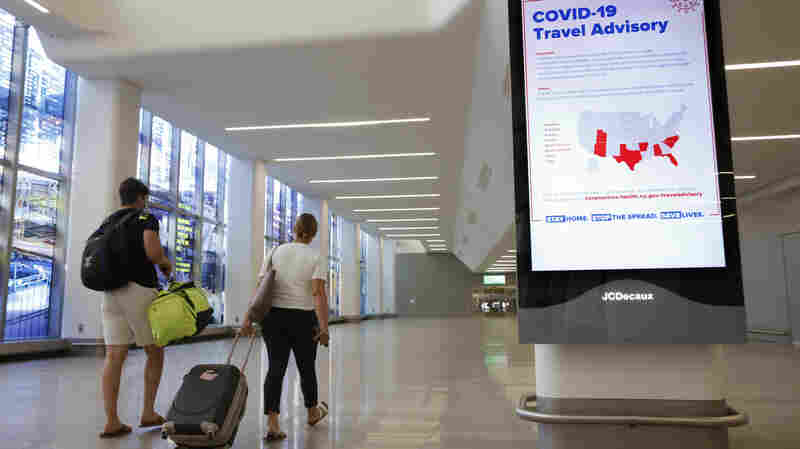 July 13, 2020 • New York Gov. Andrew Cuomo says the state is deploying teams to check for proof that travelers getting off flights have completed forms before leaving airports across the state. 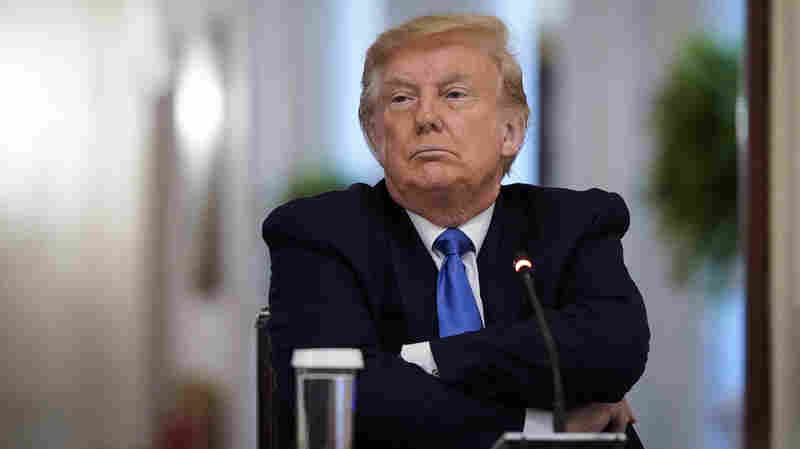 July 13, 2020 • The president's niece is now free to speak publicly on her book, due to be released Tuesday, about the Trump family and how it shaped Trump's worldview. 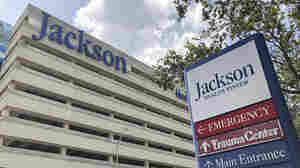 July 13, 2020 • Dr. David J. De La Zerda, the director of medical ICU at Jackson Memorial Hospital in Miami, says that many of the patients he's seeing are people in their 20s, 30s and 40s with no medical history. 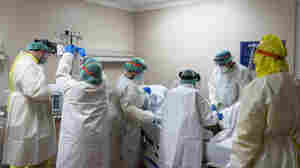 Members of the medical staff treat a patient in the COVID-19 intensive care unit at the United Memorial Medical Center on July 2, in Houston, Texas. More than 700 military health professionals are being sent to regions with spikes in coronavirus cases, including Houston. Go Nakamura/Getty Images hide caption

July 13, 2020 • More than 700 military health professionals are being sent to southern and western states where cases have skyrocketed, military officials say. 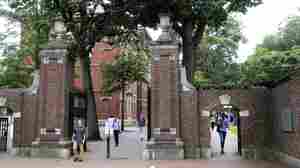 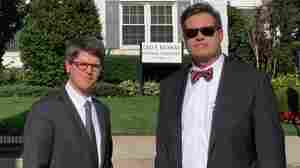 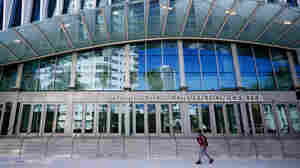 According to a press conference with Gov. DeSantis, the U.S. Army Corp. of Engineers is converting the convention center into a field hospital with 400 regular hospital beds and 50 ICU beds, with the ability to scale up to 1,000 beds if needed, as the region deals with a surge of coronavirus patients. Cliff Hawkins/Getty Images hide caption

July 13, 2020 • Governors in Southern states like Louisiana are starting to come around to mask mandates, but not all residents are following suit. 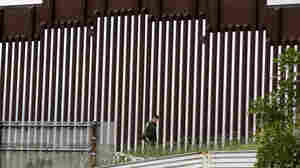 July 13, 2020 • As the Trump administration has effectively shut down the asylum system at the border during the pandemic, one mother was given the choice to go to Mexico with or without her newborn, a U.S. citizen. 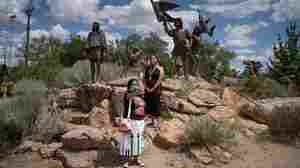 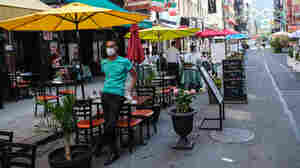 July 13, 2020 • Mayor Bill de Blasio calls on President Trump to invoke the Defense Production Act to speed up processing of coronavirus tests: "If you can't get the results in real time, it doesn't help you enough." 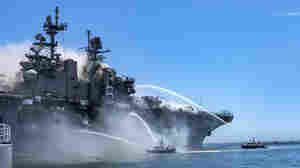 July 13, 2020 • The fire injured at least 57 people and sent giant plumes of smoke into the sky. It started on Sunday and continues to burn, as firefighters work to get the flames under control. 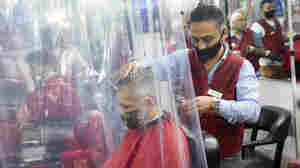 A barber wore a protective mask as he gave a haircut to a customer at Ace of Cuts barbershop last month in New York, after the city relaxed restrictions. John Minchillo/AP hide caption 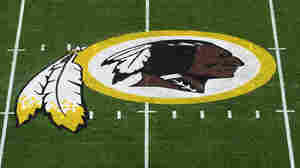 July 13, 2020 • The Washington Redskins have announced the team will be dropping its moniker, which is widely considered a slur against Native Americans. The head coach and team owner are developing a new name. 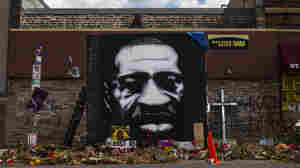 Terry Willis finished his march for "change, justice and equality" on Sunday at the intersection of 38th Street and Chicago Avenue, where George Floyd was killed by Minneapolis police on May 25. Stephen Maturen/Getty Images hide caption

Man Treks 1,000 Miles From Alabama To Minnesota For 'Change, Justice And Equality'

July 12, 2020 • Cheered on by supporters both online and on the road, Terry Willis walked from Huntsville, Ala., to the site of George Floyd's death in Minneapolis to protest the injustices faced by Black Americans. 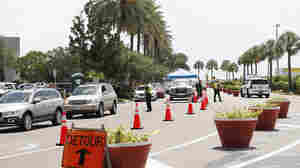 July 12, 2020 • Gov. Ron DeSantis has not ordered a statewide mask mandate, even as coronavirus cases set new records in Florida. Some local officials have imposed their own restrictions to try to slow the spread. 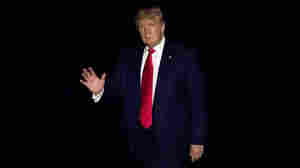 July 12, 2020 • The Founding Fathers intended the presidential pardon power to protect the national interest. Leading clemency experts question Trump's use of his authority. 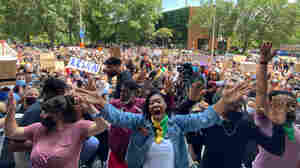 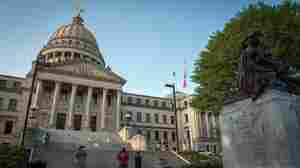 At least 26 Mississippi legislators have tested positive for the coronavirus after working at the Capitol, often without observing social distancing or wearing face masks. Rory Doyle/AFP via Getty Images hide caption

July 11, 2020 • At least 26 members of Mississippi's legislature have tested positive for COVID-19. After lawmakers returned to session in May, safety precautions at the Capitol gradually slipped. 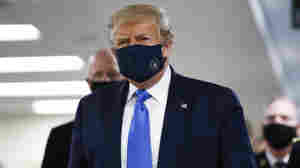 July 11, 2020 • "I love masks in the appropriate locations," Trump said. The president's frequent refusal to wear a face covering has stoked controversy, especially as coronavirus cases rise across the U.S. 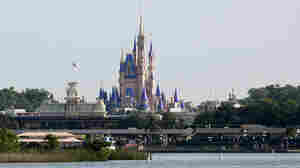 Cinderella Castle rises above Bay Lake at the Magic Kingdom at Walt Disney World on Saturday. Disney reopened two of its Florida parks after nearly four months of being closed due to the pandemic. Gregg Newton/AFP via Getty Images hide caption

July 11, 2020 • After 117 days being closed, Disney World welcomed guests back to its Magic Kingdom and Animal Kingdom parks. Masks and temperature checks were required, as well as reservations. 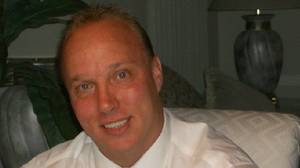 July 11, 2020 • Scott Simon speaks with Thomas Salts, one of the COVID-19 patients treated and cared for in a Phoenix hotel by Circle the City, a group providing care and services to people experiencing homelessness.