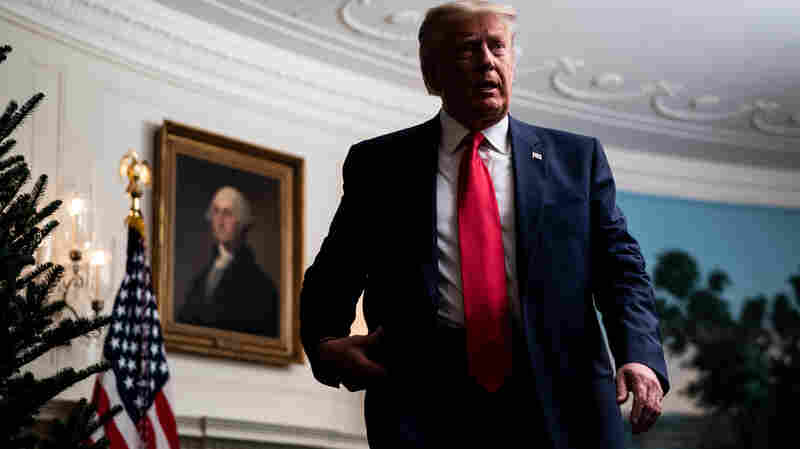 President Trump leaves after speaking in the Diplomatic Room of the White House on Thanksgiving. Pool/Getty Images hide caption

The Political World Starts To Move On From Trump

December 5, 2020 • The president continues to cry foul about an election he lost, but he's running out of time and options, as even his own party is beginning to abandon him. 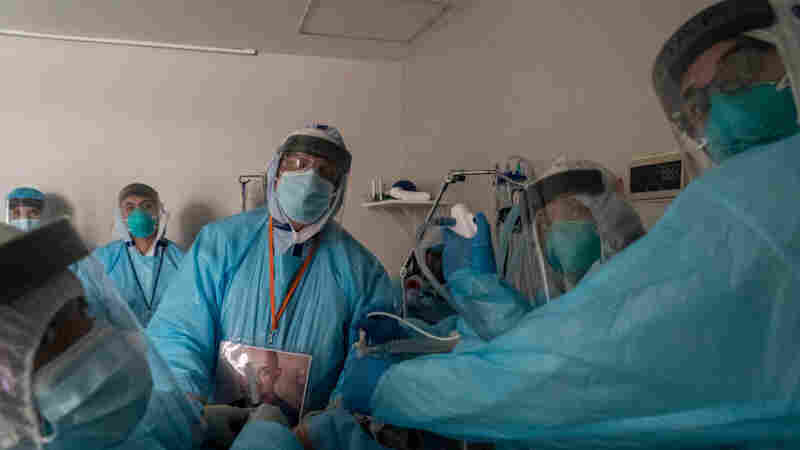 Health care workers in Houston, Texas, perform a procedure on a patient in the COVID-19 intensive care unit on Thanksgiving. This past week has seen continued steep growth in cases, hospitalizations and deaths from COVID-19. Go Nakamura/Getty Images hide caption

'Extraordinary Acceleration': Takeaways From The Pandemic This Week

December 5, 2020 • Deaths from COVID-19 have jumped nearly 40% this week, and hospitals around the country are straining under their patient load. Here's what happened in the first week after Thanksgiving. 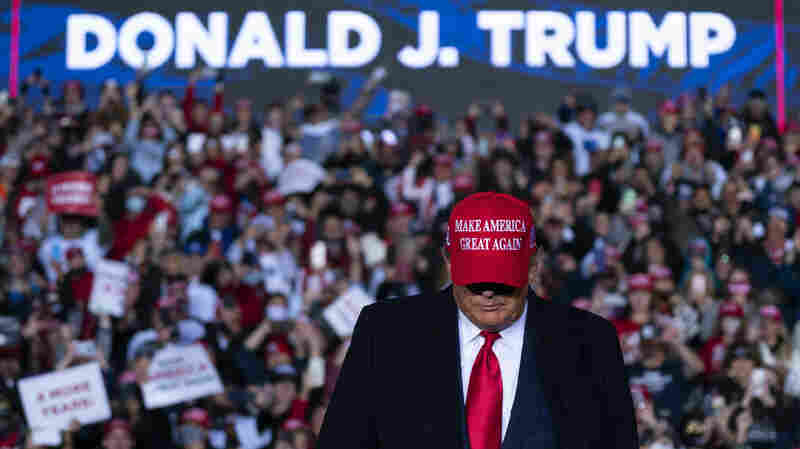 December 5, 2020 • President Trump heads to Georgia today, a state where he's claimed widespread election fraud. He's trying to convince voters to send Republicans to the U.S. Senate to keep control of the chamber. 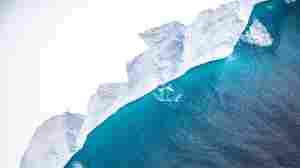 December 5, 2020 • The iceberg is said to be on a collision course with the island of South Georgia, a U.K. territory. The government there released the photos, saying it was keeping a close eye on the situation. 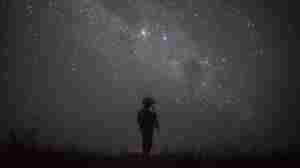 A U.S. Army soldier, seen at an unidentified location in Somalia earlier this year. The Trump administration announced Friday that most U.S. troops stationed in the country will be pulled out in early 2021. Staff Sgt. Shawn White/Combined Joint Task Force - Horn of Africa via AP hide caption

Trump Orders The Withdrawal Of Most U.S. Forces From Somalia

December 5, 2020 • "While a change in force posture, this action is not a change in U.S. policy," the Pentagon said Friday. The Trump administration will reassign most of the personnel elsewhere in East Africa. 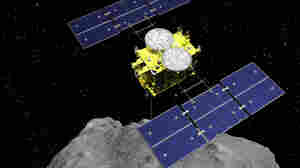 This computer-generated image shows the Hayabusa2 spacecraft above the asteroid Ryugu. This weekend, the sample collected by the spacecraft arrived on Earth after a six-year mission. ISAS/JAXA via AP hide caption

Japanese Capsule Containing Bits Of An Asteroid Returns To Earth

December 5, 2020 • The sample collected by the spacecraft Hayabusa2 caps a six-year mission to Ryugu. Researchers hope it will offer clues to "the secrets of the birth of the solar system and the birth of life." 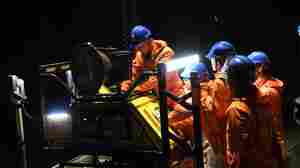 Rescuers adjust an emergency generator at the Diaoshuidong coal mine in southwest China on Saturday after a carbon monoxide leak at the facility left 18 dead. Rescue efforts were underway to reach five others still trapped underground. AFP via Getty Images hide caption

December 5, 2020 • Workers were inside the shuttered mine to dismantle equipment when dangerous levels of carbon monoxide began to seep into the air. 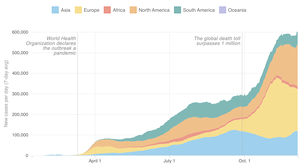 December 5, 2020 • A map of confirmed COVID-19 cases and deaths around the world. The respiratory disease has spread rapidly across six continents and has killed at least 1 million globally. 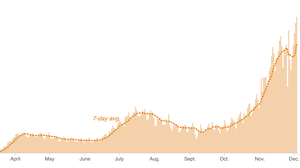 December 5, 2020 • View NPR's maps and graphics to see where COVID-19 is hitting hardest in the U.S., which state outbreaks are growing and which are leveling off. 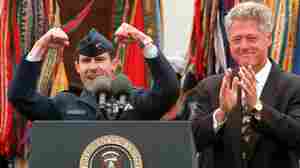 President Bill Clinton applauds Air Force pilot Scott O'Grady, who was shot down in Bosnia and survived six days in the woods, in 1995. Now a Trump supporter and tapped for a top Pentagon job, O'Grady has been endorsing baseless conspiracy theories related to the election. J. Scott Applewhite/AP hide caption

December 5, 2020 • The former military officers are strong supporters of the president and have backed some of the most outlandish election conspiracy theories and, for some, calls for martial law. 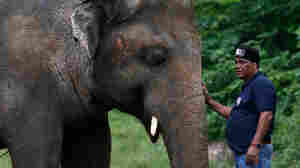 Dr. Amir Khalil, a veterinarian from the international animal welfare organization Four Paws International, comforts Kaavan during his examination at the zoo in Islamabad, before leaving for Cambodia. Anjum Naveed/AP hide caption

'He Will Be A Happier Elephant': Vet Describes What It Was Like To Rescue Kaavan

'He Will Be A Happier Elephant': Vet Describes What It Was Like To Rescue Kaavan 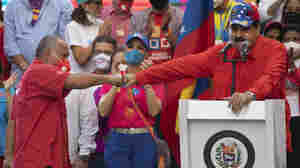 December 5, 2020 • The president's loyalists are poised to sweep the National Assembly elections Sunday, adding to the litany of woes facing his chief rival, Juan Guaidó. 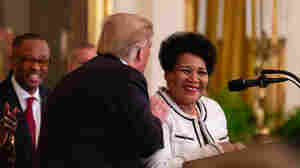 December 5, 2020 • The history of presidential pardons is often surprising, and revealing. 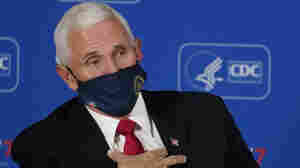 Vice President Pence speaks Friday during a briefing on COVID-19 at the Centers for Disease Control and Prevention in Atlanta. John Bazemore/AP hide caption

Pence Says It's A 'Season Of Hope,' While CDC Officials Warn Of COVID-19 Surge

December 5, 2020 • Pence visited the Centers For Disease Control and Prevention to highlight promising vaccine developments, but he received a grim assessment of the current state of the pandemic in the U.S. 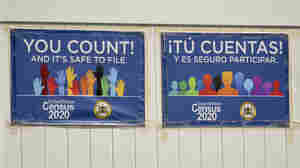 Signs promoting the 2020 census hang on a fence in Reading, Pa., in September. The Census Bureau has found irregularities in this year's census responses that could affect the counting of millions of people. Ben Hasty/MediaNews Group/Reading Eagle via Getty Images hide caption

Millions Of Census Records May Be Flawed, Jeopardizing Trump's Bid To Alter Count

December 5, 2020 • The number of 2020 census records requiring quality checks because of irregularities has ballooned into the millions. That may stop Trump from getting control of a key count before leaving office. 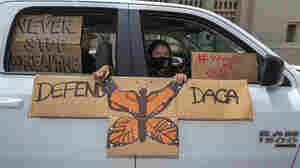 People demonstrate in June in Los Angeles in favor of the Deferred Action for Childhood Arrivals program. Immigrant rights advocates hailed a Friday court ruling allowing new applications as a "huge victory for people who have been waiting to apply for DACA for the first time." Damian Dovarganes/AP hide caption 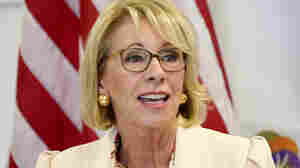 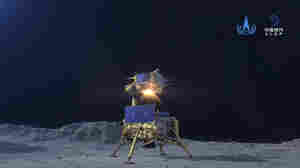 December 4, 2020 • The craft has been collecting rock and soil samples. China is only the second country to plant its national banner on the lunar surface. 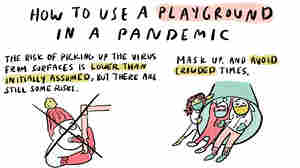 Coronavirus FAQs: Are Playgrounds Too Risky? Do I Need A Mask For Outdoor Exercise?

December 4, 2020 • States are closing down playgrounds again as case counts rise. Is that a good idea? Also: What's the deal with masks and outdoor exercise? 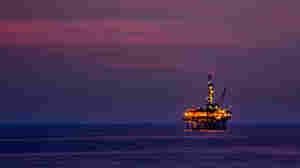 Environmentalists warn that exploratory drilling, like that set to begin later this month, can be as or more dangerous that actaul extraction. Arvind Vallabh /Getty Images hide caption

December 4, 2020 • The drilling is scheduled to start this month in waters off the Bahamas, just 150 miles from the Florida coast. It's raising alarms among environmental groups and businesses that rely on tourism.