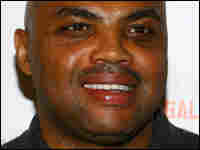 Ronald Regan, Jesse Ventura, and Arnold Schwarzenegger ... you might soon be able to add Charles Barkley to the list of celebrities-turned-governors.

When asked if he was serious, the former Philadelphia 76er said, "I am, I can't screw up Alabama."

He added that his native state could only improve. "We are number 48 in everything and Arkansas and Mississippi aren't going anywhere," Barkley said.

He said that his top priority as governor would be education. "The public school system in this country is the worst it has ever been and what that does is that hurts crime, it hurts the judicial system," he said. "You know if you don't give people education and hope, they become criminals. They get involved in drugs. So we have got to fix the public school system."