Accessibility links
Take a Time Out! : News & Views "We expected to get some feedback on our segment "To Spank or Not to Spank," but the reaction was much more than I'd anticipated."

Take a Time Out!

Take a Time Out! 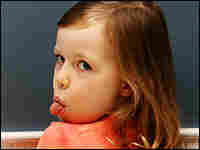 You know what's funny about this business?

You never know what people are going to respond to. I expected that we might get some feedback on our segment on "To Spank or Not to Spank," but the reaction was much more than I'd anticipated.

A lot of people were pissed. At least, those who consider the practice of corporal punishment barbaric. Some people equate spanking with abuse, period.

Judge Lynn Toler and I delved into this sensitive area, but spoke candidly and from the perspective of parents (we both are), who have spanked our children. When compared to the hurt that words or emotional abuse can also cause, spanking seemed to be at least worthy of consideration.

Or so I thought.

Now I'll admit when I asked the judge about "where" it was appropriate to administer a spanking, I didn't expect that she would answer "on the thigh." What I had meant, but hadn't made clear enough to her, was where "in public" a spanking might be appropriate, since in public is exactly where children are often at their misbehaving worst.

I think the location of spanking is an issue that some parents grapple with, both on the child's body (hands, behinds, legs -- but differently for boys than for girls), as well as when and where in public a spanking is the only way to get your point across.

I think a lot of this discussion is generational and cultural. When and where I grew up, adults were free to administer spankings and there was a tacit approval given to certain close friends and neighbors to give you a whack if you merited it.

And that's why we had the discussion. And that, presumably, is why a number of listeners responded, suggesting that the judge and I perhaps needed therapy, or maybe something worse because we are clearly out of touch, and behind the curve of parental disciplining.

I'm not so sure about that. Maybe I need a time out to think about it.