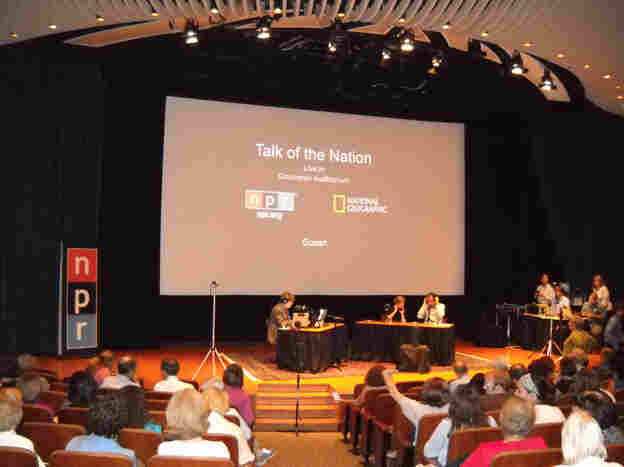 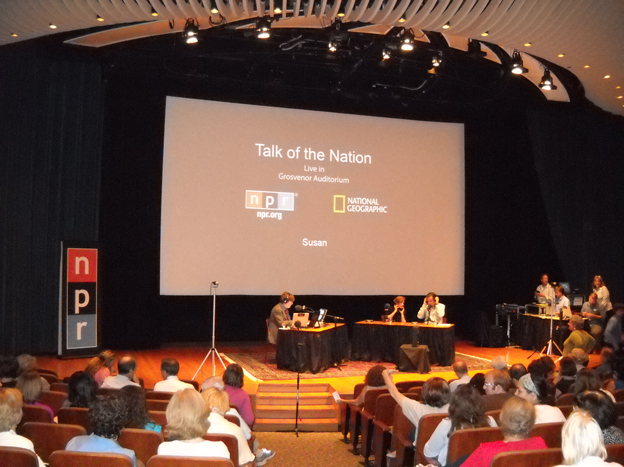 Talk of the Nation live at National Geographic

NPR's midday news-talk program Talk of the Nation changed venues today, taking the conversation a dozen blocks across town for an on-location broadcast with National Geographic at its Grosvenor Auditorium. The two-hour show, broadcast in front of a rapt studio audience, examined the continued impact of the oil spill in the Gulf of Mexico and the dire state of the world's oceans. At the end of the first hour, host Neal Conan also offered an incredibly moving remembrance of the 11 men killed when the Deepwater Horizon offshore rig exploded on April 20 — 11 names too often forgotten in coverage of this spill.

The broadcast was a partnership with National Geographic and its Magazine, which features the spill on its October cover and just released a special issue on oceans. Guests included environmental journalist Joel Bourne, author of the Gulf cover story (which boasts incredible images); NPR science correspondent Richard Harris, who's been leading our coverage of the spill and its aftermath; explorer-in-residence Sylvia Earle and ocean fellow Enric Sala.

The entire two hours is well worth a listen.

Anna Christopher is a senior manager for media relations at NPR.