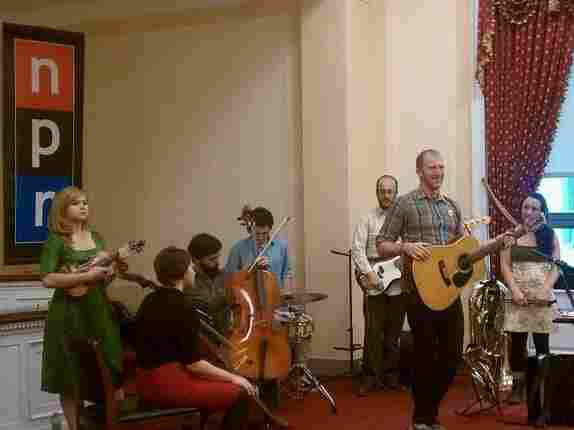 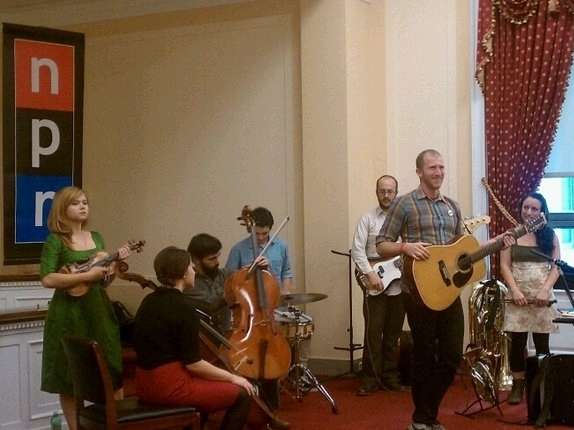 Lost in the Trees

Sounds – lovely, melodic, grandiose and intensely personal sounds – not normally associated with the aural output of the U.S. House of Representatives' Judiciary Committee, were the focus of a special congressional "hearing" last week.

NPR Music and its partner pubradio stations presented Lost in the Trees – a band that meshes strings and brass with accordion, bells, musical saw, banjo and mandolin – as the main billing for a briefing with more than 70 congressional staff. This was the first of a planned series of briefings to showcase the many elements of pubradio programming, and featured the band playing a 4-song set that even included a first-ever congressional staff hum-along! The entire performance is at the All Songs Considered blog. 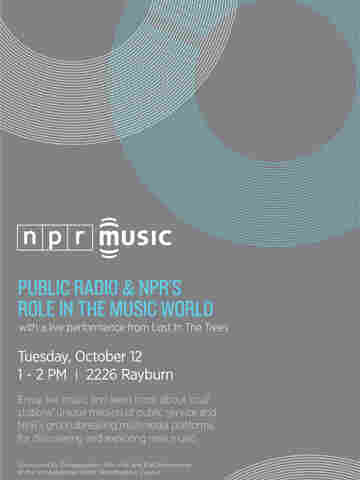 Public radio stations and NPR Music march at the head of the parade celebrating the evolving music world. By presenting fresh and innovative artists and content to audiences on the air, online and through a variety of mobile devices like the iPhone, Droid and iPad, public radio celebrates America's great music genres, including classical, jazz, folk and bluegrass. Pubradio stations play a central role in discovering new artists, bringing these emerging musicians to regional and in-studio broadcasts to foster active local music communities.

Stay tuned to this space for info our next congressional "hearing."

Mike Riksen is Vice President for Policy and Representation.