Accessibility links
Before They Were Famous: Tracy Chapman on WUMB : NPR Extra Singer songwriter Tracy Chapman's first ever radio interview was with WUMB, an NPR Member Station in Boston. Today WUMB is posting the audio of that 1985 interview to celebrate Public Radio Music Month.

Before They Were Famous: Tracy Chapman on WUMB

Before They Were Famous: Tracy Chapman on WUMB

All this month we've been enjoying the celebration of music discovery and public radio over at PublicRadioMusicMonth.org with artists, record labels, public radio stations and fans.

On the site you can see how individual stations are celebrating this month. For example, WFUV's produced a three-part series chronicling the process the band Everest took developing an exclusive song for the station. KUT in Austin gathered artist video testimonials including one from Matt Drenik of the Portland-based group Battleme. Philadelphia's WXPN created a site dedicated to music, called The Key and a special PRMM Key Studio Video Session. 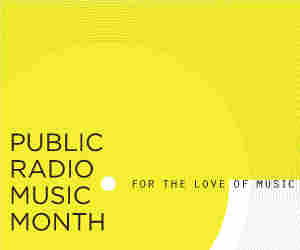 WUMB, a music station in Boston, pulled from their archives the first radio interview with Tracy Chapman. Here's their story.

It took WUMB 14 years to gain FCC approval to broadcast its 600 watt signal through Boston. But when the station finally went on the air in 1982, the staff knew it didn't want to sound like every other station out there.

"We were committed to doing something unique," says General Manager Pat Monteith. "So we looked around to find out what was missing and one thing struck us: there were no folk, singer-songwriter stations."

With a commitment to the local community, NPR Member Station WUMB has been seeking out the local musicians and music for 30 years and now has about 250-300 artists in studio every year for interviews and live performances.

"At this point they are knocking on our door. We probably have more live music in studio and on the air than anyone else in New England," Monteith says.

With just a handful of staff, WUMB sifts through many songs and albums to find the best of the rising starts as well as the well-known artists asking to come back to the station.

In 1985, Richard Reinert was hosting WUMB's Circles in the Stream, a program where he interviewed musicians and then invited them to play from their repertoire. Sometimes he found those artists at music festivals and sometimes just on the street corners. 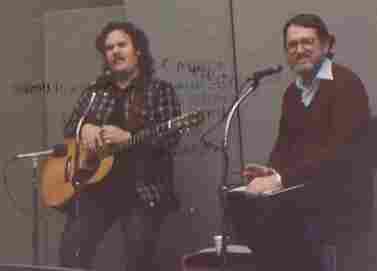 One singer-songwriter Reinert discovered at a folk festival and interviewed that year was Tracy Chapman, now a Grammy Award-winning artist known for singles such as "Fast Car" and "Give Me One Reason."

Barely into her 20s, and about three years before her first album would be released, Chapman caught Reinert's ear, and he invited her to come on his show, which turned out to be Chapman's first ever radio interview.

"I didn't remember any of the details of the interview," Reinert said after listening to his interview with Chapman recently. "Except for her music."

It's not surprising that Reinert's strongest memory of his interview with Chapman is her music. Even after nearly three decades, her voice remains powerful. It's emotional. Listening to her then gives you the sense that she's really been that great all along and was only waiting for the world to wake up and realize her talent.

Occasionally over the years, Monteith thought about the Chapman interview but never got around to listening to it again even when the station digitized the audio several years ago.

Then when she was thinking about how WUMB could participate in Public Radio Music Month, Monteith knew the Chapman interview needed to be resurfaced for a new generation of public radio and music lovers to experience.

So, Monteith got up from her desk, and in five minutes was able to pull the audio of the Chapman interview from the station's archives.

It might sound like a simple task, but finding such a gem among 3,000 pieces of audio in the station's archives in such a short amount of time would have been impossible for Monteith just a few years ago.

WUMB received a grant from the Corporation for Public Broadcasting as part of the American Archive Inventory Project. The funds allowed the station to hire someone to inventory all their reels of audio and properly archive and preserve them in cold storage.

"If it wasn't for this project and this grant, I certainly wouldn't have been able to find this audio so quickly," Monteith says. "I really have to credit CPB for helping us take care of our archives." 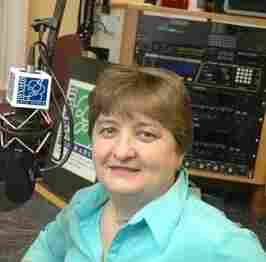 Even before Monteith played the Chapman interview again, she says she could sense she was holding a bit of history in her hands.

"To hear musicians in their own words, it's an emotional connection you can hear in their voice," she says of the anticipation. "It's so powerful and meaningful."

It's the live interview and live music that Monteith loves so much.

"You can never capture again the uniqueness of a live interview or live music. Unless you record it," Monteith says. "Radio gives us a chance to hear a one of a kind experience."

Today, April 30, WUMB posted Reinert's interview with Chapman on their website so many more people can listen to the beginnings of this very talented artist.

In the process of asking Chapman for approval to re-broadcast her interview, Chapman called Monteith personally.

"I told her how great I thought the interview was and how she seemed so self-aware and a very young age," she said. "She seemed genuinely appreciated and humbled by the kind words."

"It was a conversation I'll never forget," Monteith said.