Accessibility links
A Sticky Situation: Baking the Tapes : NPR Extra With more than 40 years of audio, preserving and archiving the hundreds of interviews and programs produced by NPR is no small task. It gets even more complicated when old reel-to-reel tape starts sticking together. Fortunately the NPR Librarians know just the trick to get them unstuck: bake 'em.

A Sticky Situation: Baking the Tapes 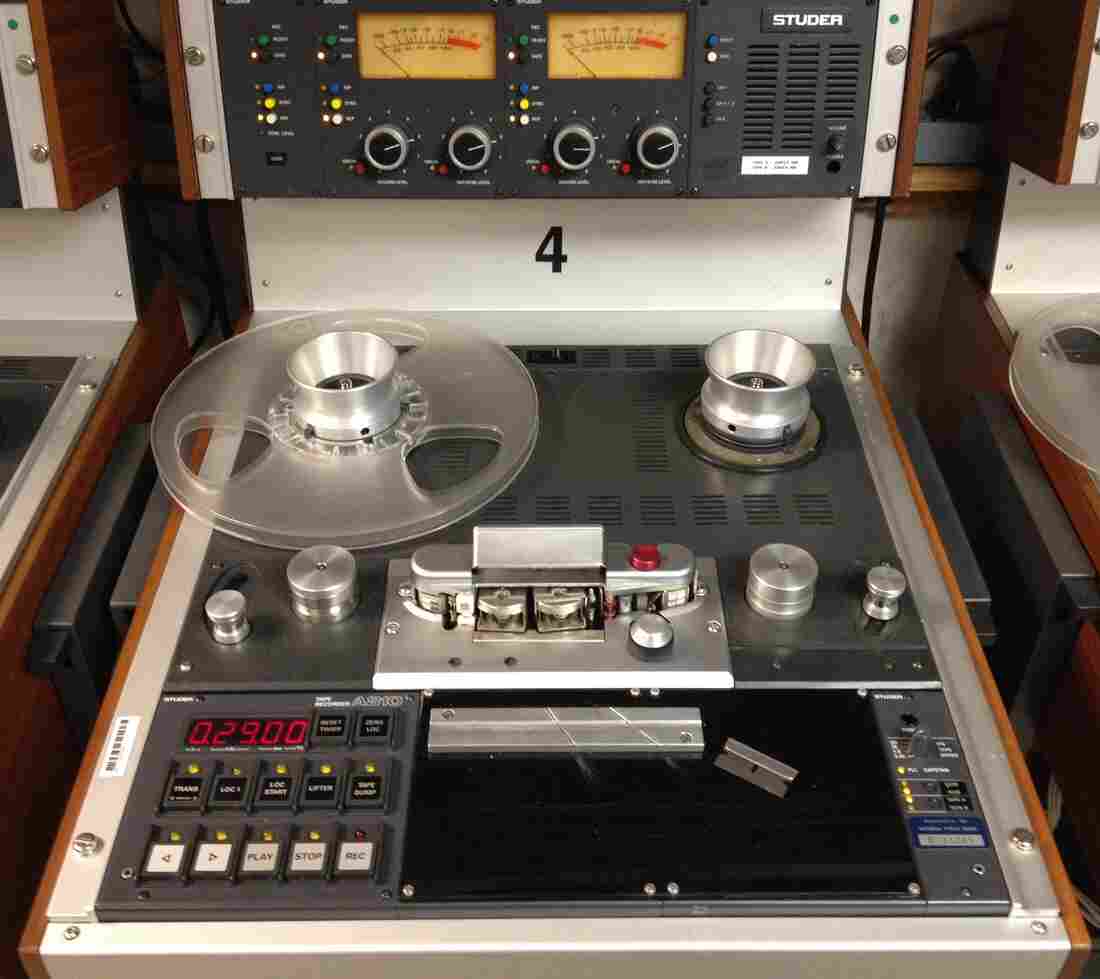 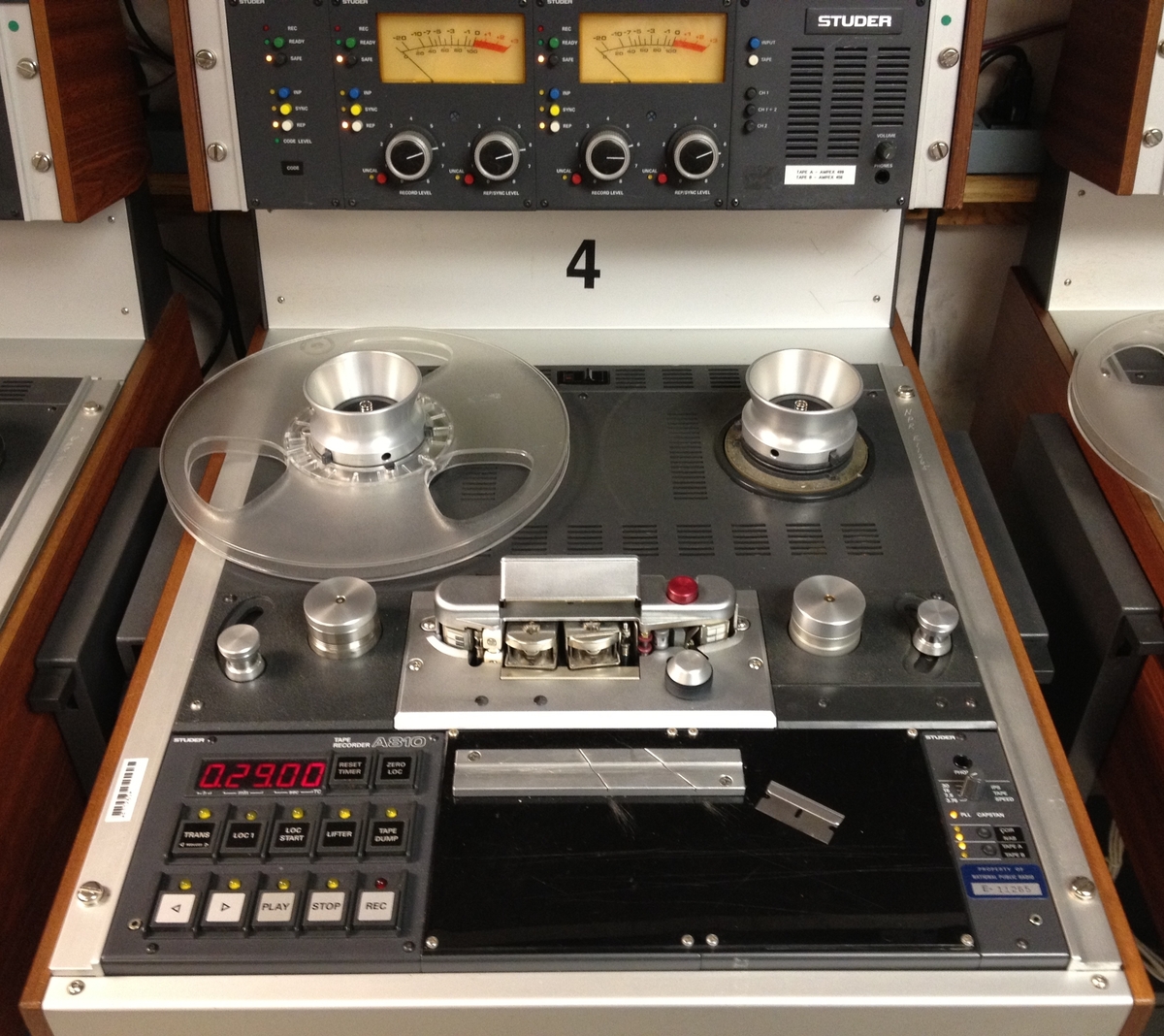 With more than 40 years of audio, preserving and archiving the hundreds of interviews, reports, specials, and programs produced by NPR is no small task. It gets even more complicated when old reel-to-reel tape starts sticking together. Fortunately the NPR librarians know just the trick to get them unstuck: bake 'em.

Audio aired within the last five years is easily accessible in a digital file format. If a reporter wanted to hear a piece of pre-2008 audio, it would likely be found on a CD or possibly on a reel-to-reel tape. This is where things get sticky. 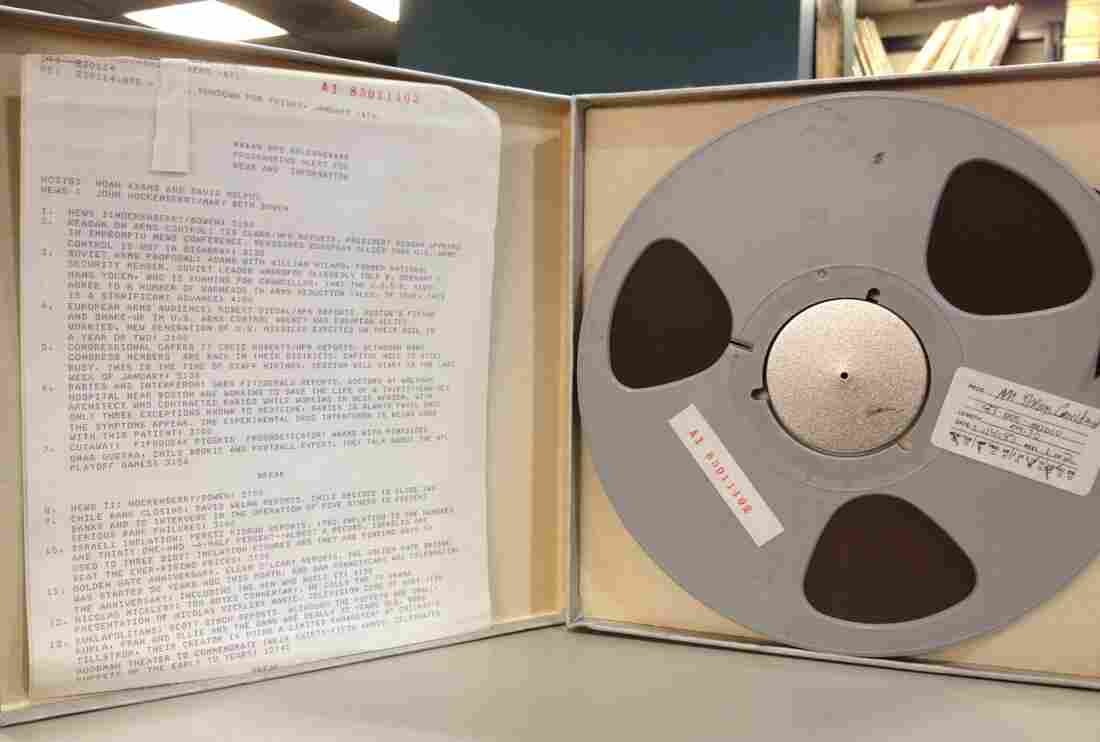 A reel-to-reel tape with the show rundown sheet (a brief description of each piece that aired on the program that day). Lauren Sin/NPR hide caption

NPR archive content from the early days is stored on ¼" analog reel-to-reel tapes. Many of those tapes from the mid-1970s and mid-1980s have what is called sticky shed syndrome. 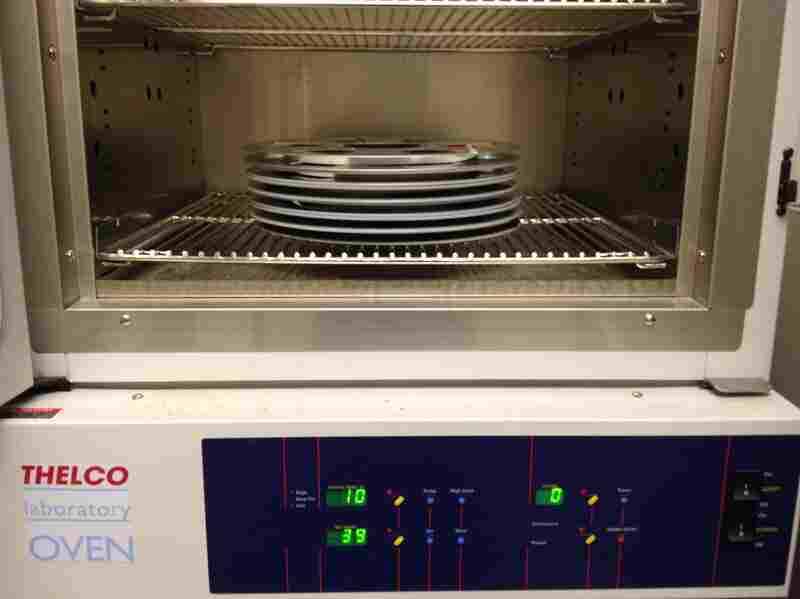 Reel-to-reel audio tapes are placed in this oven to be baked. Lauren Sin/NPR hide caption

Sticky shed syndrome (also called "sticktion") happens when humidity causes the magnetic tape's binder to deteriorate leaving a gummy residue on the tape heads. When a tape with sticky shed is played back on a reel-to-reel machine, there is a risk to damaging the master tape.

So, how does NPR make sure its tapes are playable and the audio can be preserved after all these years? A common treatment for sticky shed syndrome is to bake the tapes. 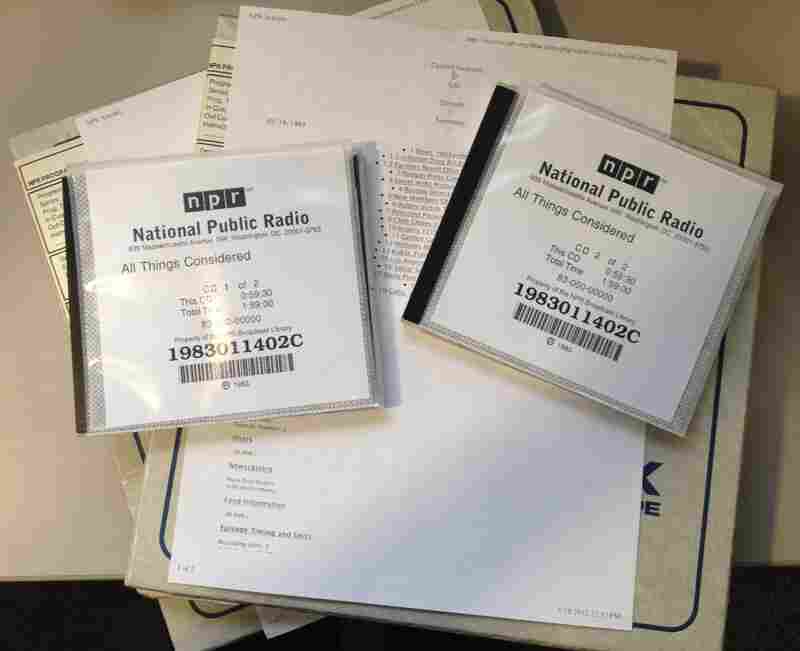 The Final Product: the audio on the reel tapes have been copied to these CDs. Lauren Sin/NPR hide caption

NPR has a special laboratory oven, where we bake tapes at a temperature of approximately 125°F or 51°C for about 8 hours.

Why does baking a tape work? Baking the tape at a low temperature in our special laboratory oven temporarily restores the integrity of the tape. However, baking is only a temporary solution to counteract sticky shed. Generally, after a tape is baked, it is only good for one play which allows the NPR Librarians to transfer the audio to a digital format so many more people can hear this classic content.

In honor of the 75th anniversary of the opening of the Golden Gate Bridge on May 27, 1937, we mined the depths of the NPR archive and unearthed this January 14, 1983 All Things Considered piece by reporter Ellin O'Leary, which we transferred from reel to CD. Take a listen:

In this digital age, preservation efforts grow increasingly important to ensure NPR's cultural and historical media archive is preserved for future generations. Preserving this cultural heritage is dependent on funding sources to support long-term stewardship. Bridging the gap between our analog history and our digital demands allows the archives to better serve our future listeners.