Accessibility links
Pie Week Heats Up at NPR HQ : NPR Extra Research got heated - and sticky - today at an in-house Pie Contest where NPR staff submitted sweet and savory treats representing regions across the country for upcoming Pie Week coverage from Morning Edition and The Salt. 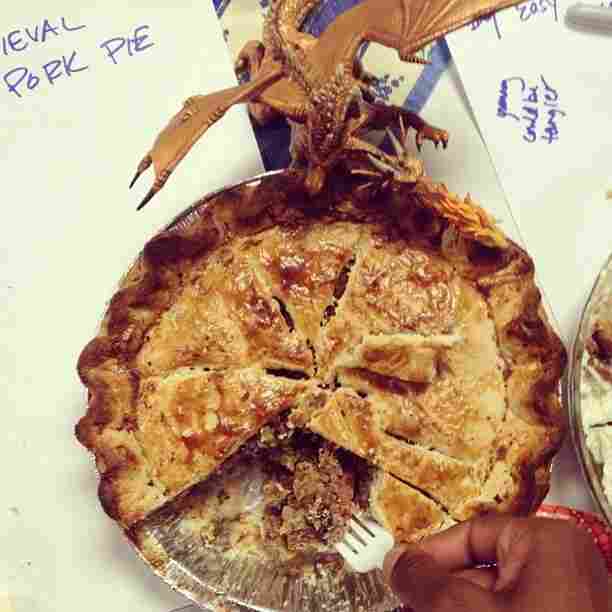 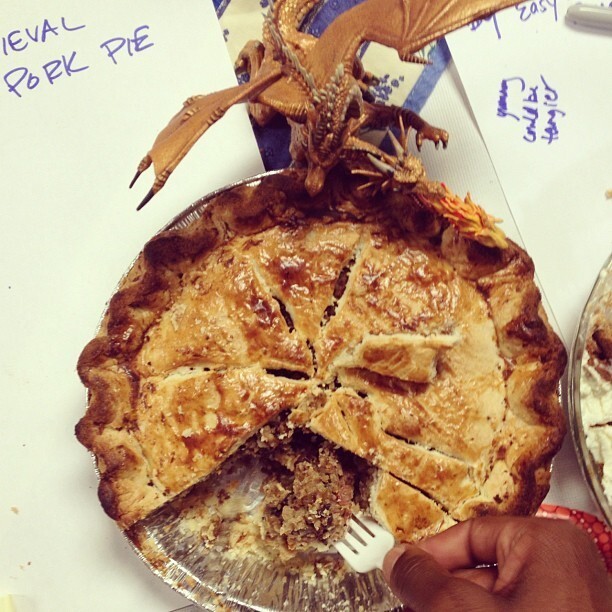 In preparation for Pie Week (airing July 2-7), and just in time for the 4th of July, Morning Edition and The Salt are asking listeners and staff to weigh in on the food that never misses a picnic: pie. The research got heated yesterday at an in-house pie contest where NPR staff submitted sweet and savory treats representing regions across the country.

Taste-testers (in-house, and virtual salavators) vied for their favorite submissions on Twitter (#pieweek). Taking the, um, cake: Bubbe Pavone's Honey Caramel Peach Pie, baked by NPR's Jessica Pavone. The Salt awarded Pavone her virtual blue ribbon this afternoon in a post about what flavors of pies are most popular with American consumers.

Check out a few of the other entries below, which included the British toffee treat Banoffi, a Game of Thrones inspired meat pie (above) and a pizza pie, among others. 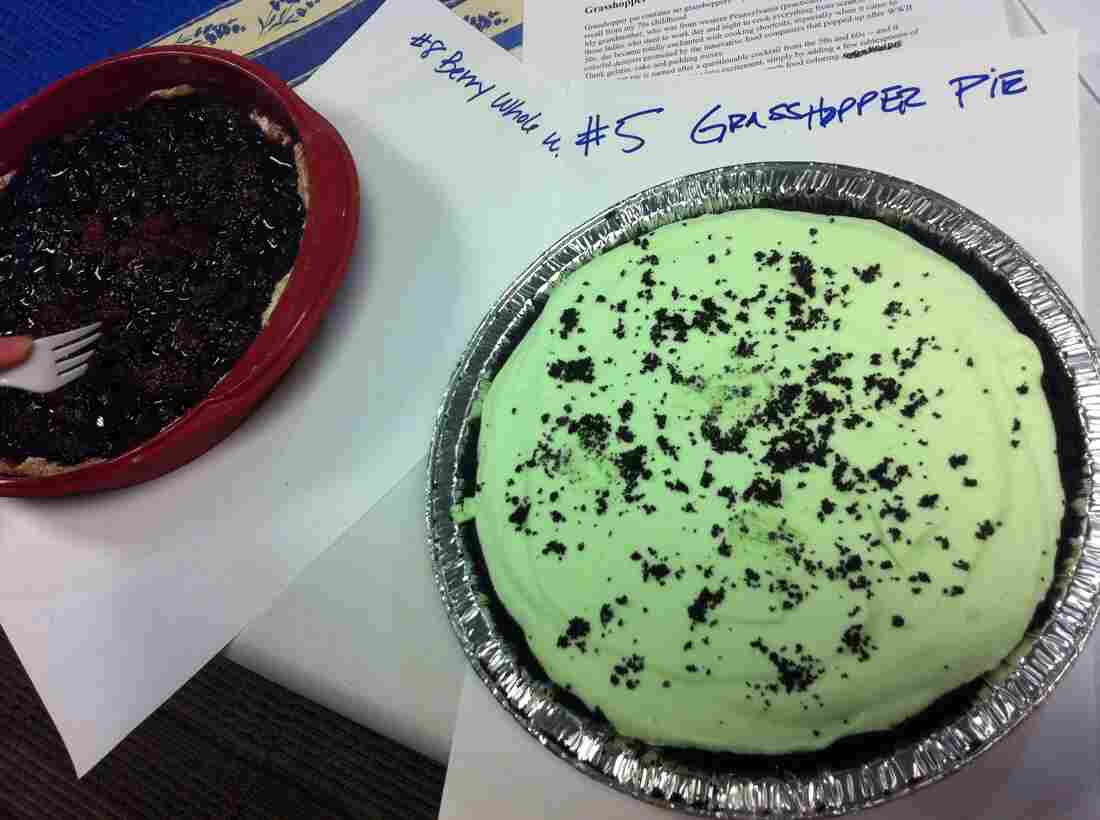 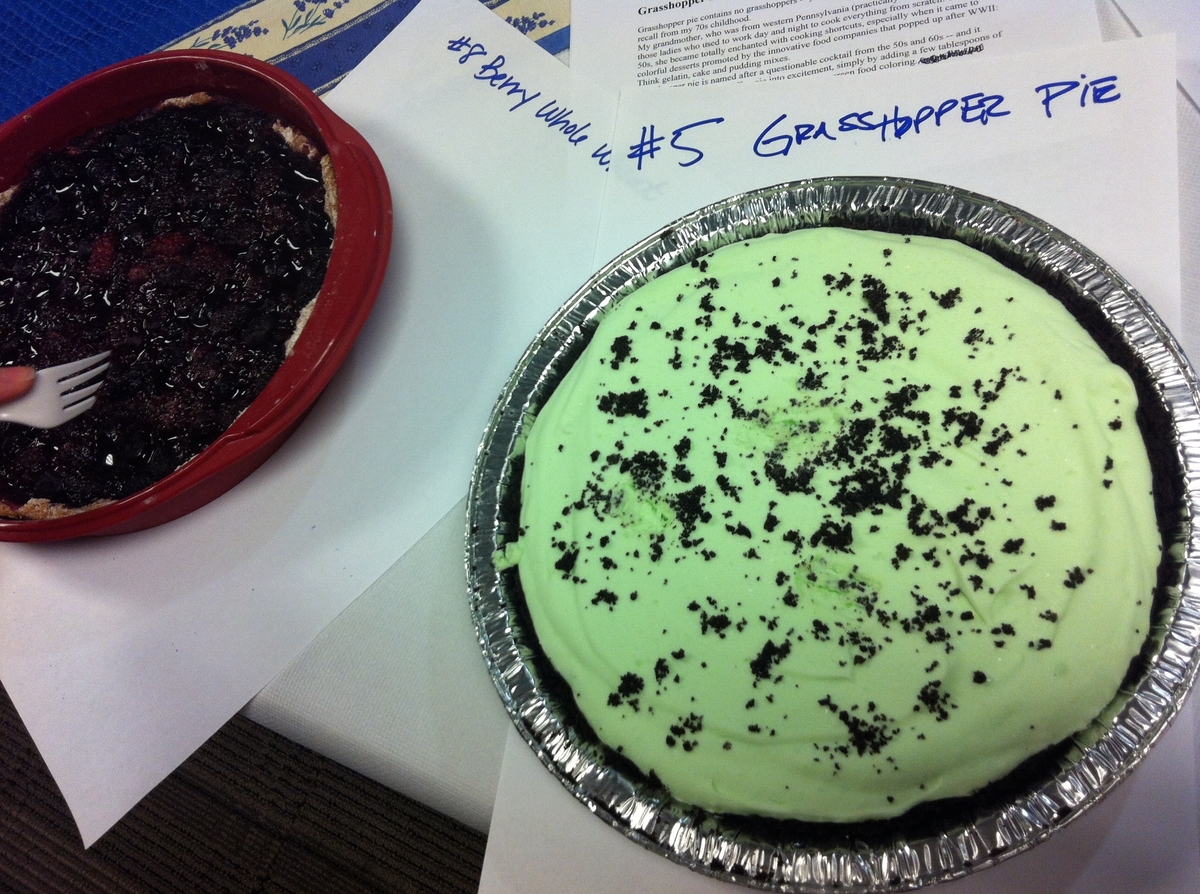 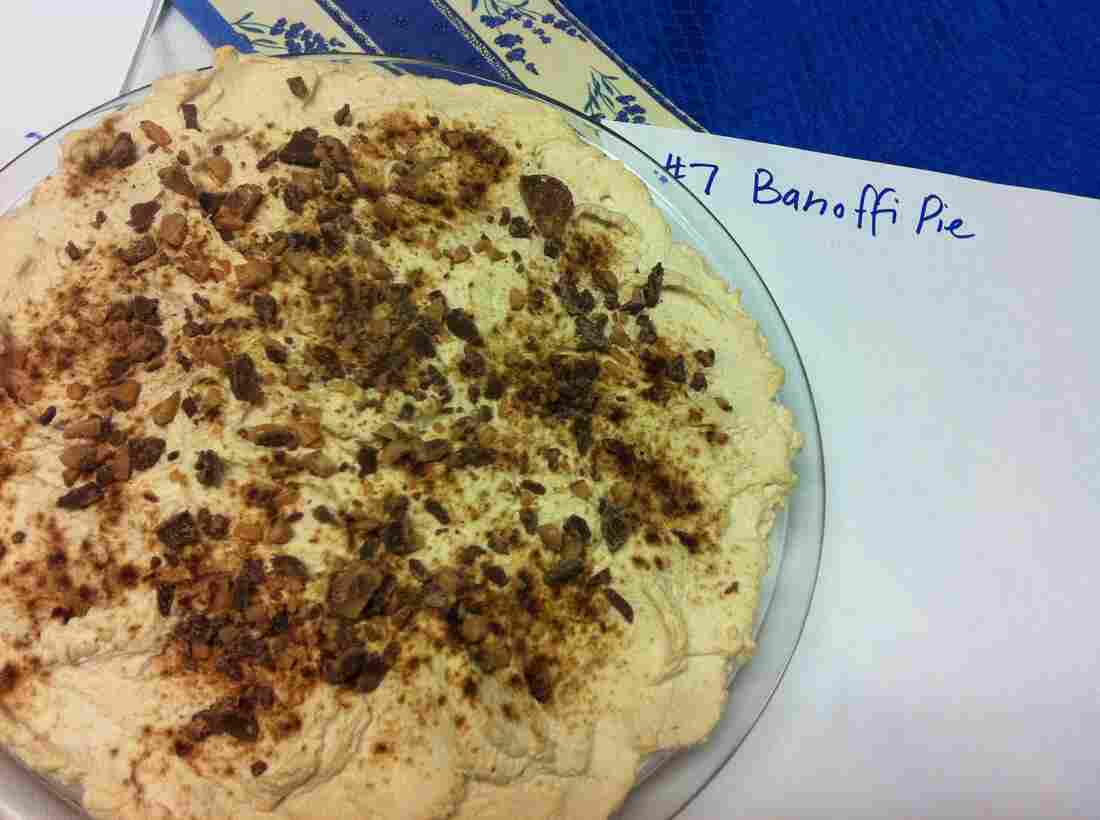 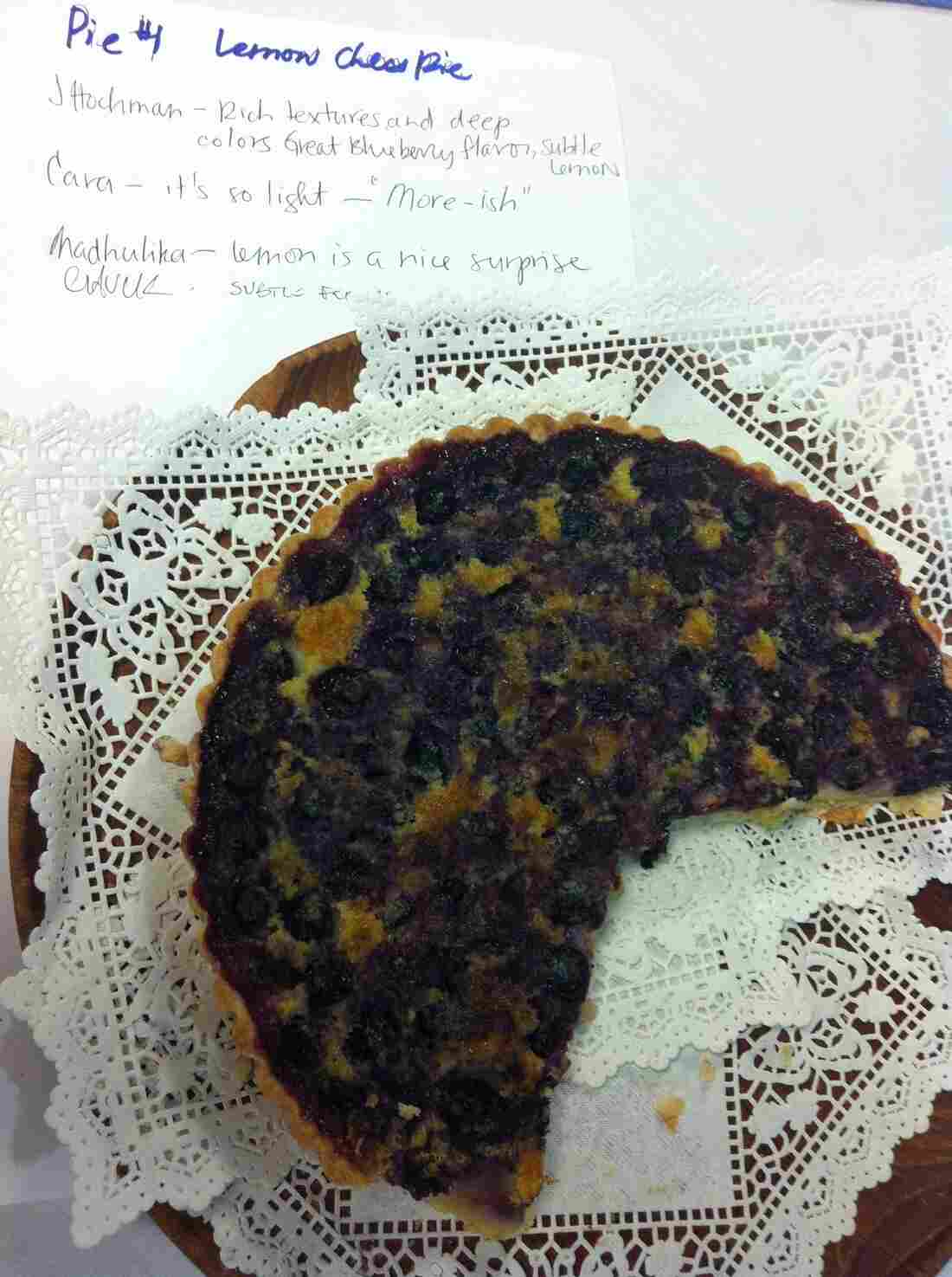 See even more delicious pie photos on Twitter @NPRFood and #pieweek, and stay tuned for more on the culture, history and science of pies from The Salt and Morning Edition.