For One Morning Edition Producer, "Cat's Eye" Was One Guide for How (Not) to Grow Up

For One Morning Edition Producer, "Cat's Eye" Was One Guide for How (Not) to Grow Up 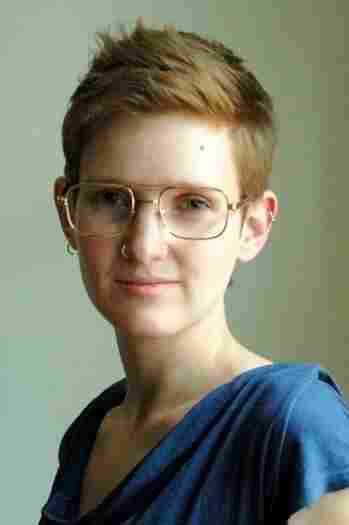 This summer, we're hearing from NPR staff about the eye-opening books they read as kids – our compliment to NPR Books' series PG 13: Risky Reads. Our last post was from Lynn Neary, who remembered being shocked by the evil and passion in Gunter Grass' The Tin Drum.

Today, we hear from Morning Edition producer Selena Simmons-Duffin, who connected to a young girl protagonist in a coming-of-age novel, until that girl grew up:

By the time I picked up Margaret Atwood's Cat's Eye, I had already begun an ambitious reading streak. I read Camus' The Stranger when I was ten (big mistake), Garcia Marquez's One Hundred Years of Solitude a few years later. Books were my first sex-ed classes; my first encounters with death and betrayal and injustice. But there was another reason I kept turning to novels: they offered a brutally honest guide to growing up. A no-nonsense glimpse into adulthood that adults in real life would never give you.

I probably found Cat's Eye on my Canadian dad's bookshelf near other authors of national pride, such as Alice Munro, Robertson Davies, and Farley Mowat. Cat's Eye is a beast of a book – it's some 500 pages long – but I was hooked instantly and tore through it.

The protagonist, Elaine, is artistic and perceptive; disorientated by girl-dom – like me, I thought. Elaine's childhood is filled with deep, fraught relationships; including with a girl named Cordelia. In the first few pages, the two take a streetcar through mid-century Toronto, acting like they own it: "She can out-stare anyone, and I am almost as good. We're impervious, we scintillate, we are thirteen...Our mouths are tough, crayon-red, shiny as nails. We think we are friends."

In this book, growing up is dark and brutal. There is self-mutilation, cruelty and bullying. My own preteen years in Cleveland in the '90s were, thankfully, never that dark. But there was a truth there that I connected to, that I had never seen on a page before. Something many other fictional versions of childhood gloss over or miss entirely. There I was, I thought, my self and my world on the page.

But then, this was a coming of age novel, and soon enough the protagonist came of age. She went to art school and juggled trysts with a moody classmate and a demanding professor. She had an unexpected pregnancy, a horrible marriage, a tragic death in the family. She became a successful painter, but kept looking back at her life, unable to suss out its worth. I was still a just kid, reading a big book with wide eyes.

I was definitely too young for this book, both because of its moral complexity and its grim plot. Still, I'm so glad I read it. It took me through one woman's messy life, and I grew wiser for it. Yes, for a young reader, Cat's Eye was a kind of guide to growing up, but I came to realize it was one of many guides in many novels - including ones that show a path through growing older filled with more lightness and joy.