Accessibility links
Along Came Carl... : NPR Extra The NPR Shop sure helped put a smile on the face of one young public media fan this summer. 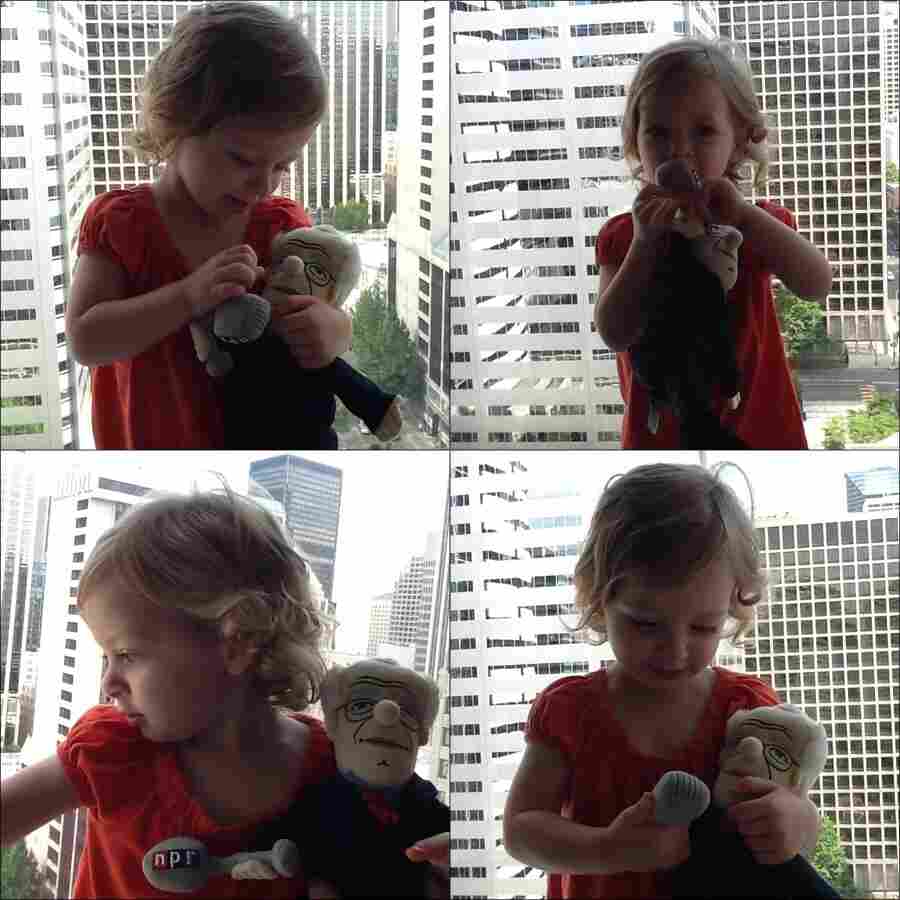 Usually, the break time between workshops and lectures at a professional development conference is filled with coffee and croissants, but those attending the Public Media Development and Marketing Conference this summer were in for a plusher treat.

During the week, the NPR Shop, which had set up camp at the annual conference to show off its newest products to public media station staff, became a hotspot among attendees itching to get their hands on a Carl Kasell Little Thinker Doll.

The Shop was giving away the coveted prize - only 15 in all - to those who were able to correctly answer news-trivia questions from NPR's Wait Wait... Don't Tell Me!. One of the winners, Deborah Rochford, was kind enough to share her winnings with her two year-old daughter Paloma, who reportedly took "stuffed Carl" on some sightseeing tours of Seattle.

It's pretty clear from Deborah's pictures that it was love at first squish!