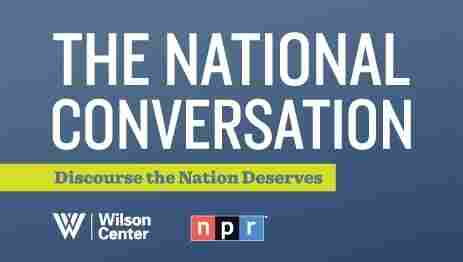 NPR and The Wilson Center Present:
The National Conversation,
America's Role in the World Post 9/11

With next week's anniversary of September 11 attacks, NPR and The Wilson Center are bringing together a group of thought leaders in research and policy for a public discussion on "America's Role in the World Post 9/11: A New Survey of Public Opinion."

If you can't make it to the event in person, you can watch a live web stream of the conversation here on the This is NPR blog and at WilsonCenter.org.

This lunchtime discussion is part of a year-long series of free public events made possible by a partnership between NPR and The Woodrow Wilson International Center for Scholars. Upcoming dates in this series will be announced as they are confirmed, so keep an eye on 'This is NPR' event listings for updates on The National Conversation and other NPR events around the country.