Accessibility links
Host ProFile: 'I Love Figuring Stuff Out And Explaining It To People' : NPR Extra As co-host of Planet Money, Alex Blumberg is making a t-shirt (well, about 1,000 of them) – and bringing listeners on the complicated global odyssey behind the production of the basic cotton tee.

Host ProFile: 'I Love Figuring Stuff Out And Explaining It To People'

Host ProFile: 'I Love Figuring Stuff Out And Explaining It To People'

As co-host of Planet Money, Alex Blumberg is making a t-shirt (well, about one thousand of them) – and bringing listeners on the complicated global odyssey behind the production of the basic cotton tee. In a series of reports airing on All Things Considered and Morning Edition throughout the summer, Alex and Planet Money, a joint project of NPR and This American Life, are threading together the entire process: from finding funding; to visiting garment factories in Bangladesh and Colombia; to navigating cargo ships and the "crazy tangle" of international regulations.

Check out here how you can get your hands on a #PlanetTee and follow its production around the globe. 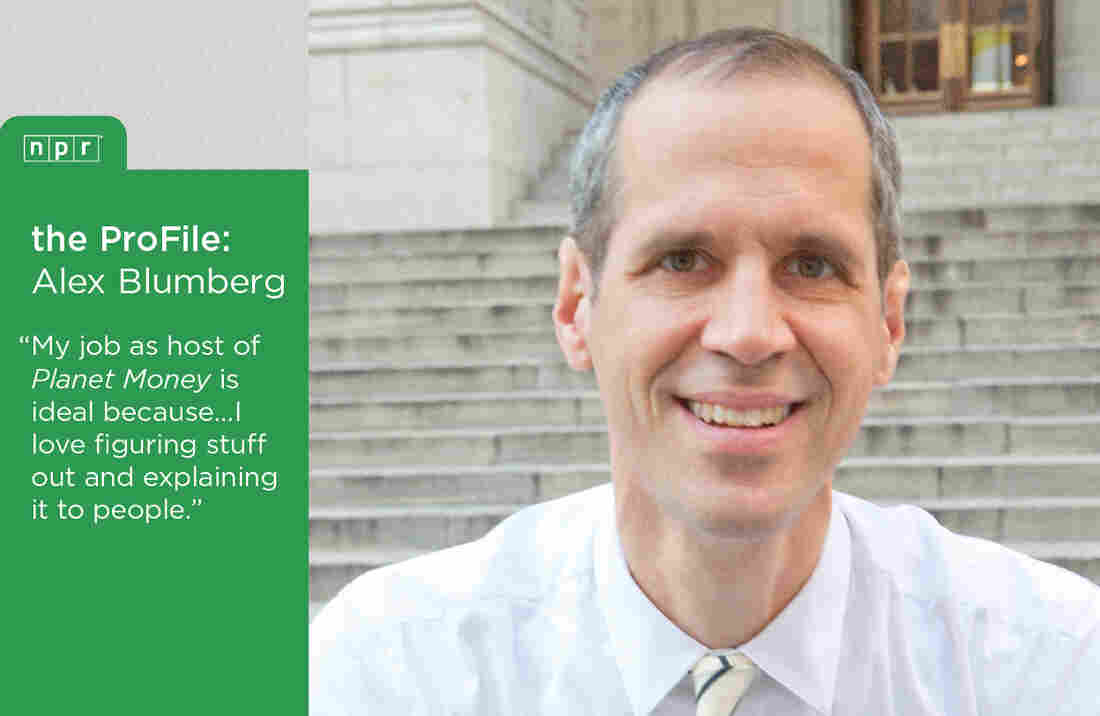 My name is... Alex Blumberg
Public Radio employee since... 1999
Public radio listener since... I first begged my parents to turn off Garrison Keillor in the back seat of our Honda Civic when I was a kid. Soon my kids will beg me to do the same thing.
My job at NPR is... editor/reporter/co-host of Planet Money, and t-shirt maker.

I use social media to... see baby pictures and find things to read. Doesn't everybody?

When I tell people I work for NPR, they often say... where do you get your stories.

The Newscast headline reporting the last year in my life would be... "Man Makes Business and Economics Fun."

Ask Me Another question about... the causes of financial crisis.

The one word I always stumble over on air is... "particularly."

I've learned the most about radio from... Ira Glass.

"How to Do Everything" ...is a breath of Fresh Air.

If I could share a coffee with anyone, it would be... [former NBS player] Kenny "the Jet" Smith.

Listening is most important... when other people aren't doing it.