Accessibility links
Breaking the Sound Barrier - NPR Labs Brings Radio To Hearing Impaired : NPR Extra A team at NPR has launched an ambitious effort to make radio possible for an estimated 23 million Americans who are unable to listen to radio.

A team at NPR has launched an ambitious effort to make radio possible for an estimated 23 million Americans who are unable to listen to radio. The project – Breaking the Sound Barrier – is led by NPR Labs working in partnership with the Public Radio Satellite System (PRSS) and Maryland's Towson University, a leading public regional university. NPR Labs is the broadcast technology and research center for NPR, with a mission to develop and use innovative technologies in support of NPR and public radio. PRSS delivers public radio content to almost 1,700 public radio stations and has a mission to reach the underserved.

Developing Radio for the Deaf and the Deaf-Blind

To produce the first, live-captioned radio programming and Braille radio programming, NPR Labs software developers and engineers joined forces with a cognitive scientist/professor from Towson, Dr. Ellyn Sheffield, who researched, designed and developed a captioning center using a process known as voice writing. The center uses commercially available voice recognition software and proprietary editing tools to create virtual real-time captioning for radio broadcasts. The aim of the project was to use new digital technologies in an affordable way while producing timely, accurate captions. 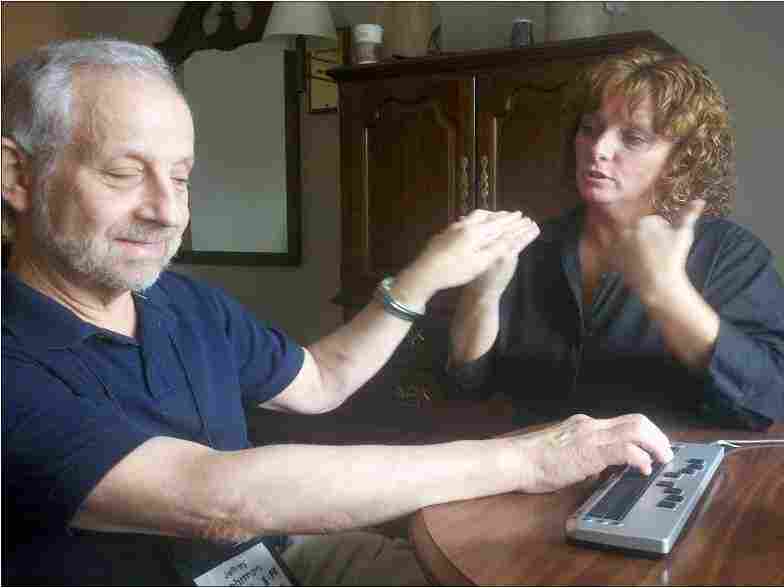 Once audio is converted to text, the text can be transmitted to Refreshable Braille Displays which can be read by the deaf-blind. NPR Labs hide caption 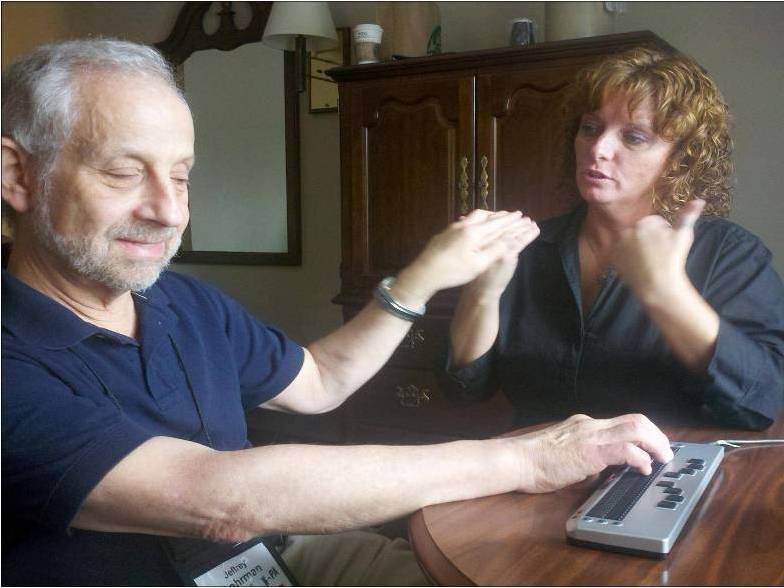 Once audio is converted to text, the text can be transmitted to Refreshable Braille Displays which can be read by the deaf-blind.

To create live-captioned radio, a broadcast is fed from NPR headquarters to Towson University, where voice writers are listening on headphones and continually re-speaking everything that they hear. That audio output is fed to a caption editor who corrects and formats the information for readability before is the captions are transmitted to consumers. All this occurs within 20 seconds of the live broadcast. Captions are currently available on the program providers' websites, but in the future will be available through NPR Member Station websites as well.

The team also wanted to make the content available for the deaf-blind, so they converted the captioning feed for use with stand-alone Refreshable Braille Displays.

Throughout the process, the team had input from a range of national and regional organizations, including the Northern Virginia Resource Center for the Deaf and Hard of Hearing Persons, the Hearing Loss Association of America, the Helen Keller National Center, the National Association of the Deaf, the National Federation of the Blind, the American Association of the Deaf-Blind, Gallaudet University and more than 50 other interested organizations and their members. This initial work was supported by a grant from the Department of Education's National Institute on Disability and Rehabilitation Research.

See the translation in action on Latino USA with Maria Hinojosa, the first live-captioned and Braille radio program, available every weekend.

As a result, the team recently introduced the first live-captioned radio show, Latino USA with Maria Hinojosa, distributed by NPR. Captions can be seen on the program's web site.

While this project is a huge step forward, we still want to expand and improve the process. The team is also exploring ways to fund ramping up the pool of work so that other radio shows can be captioned.

"We see this as a growing movement, that will eventually mean that any time there's audio, there will be an expectation that it's readable audio," says Mike Starling, NPR Vice President & Executive Director, NPR Labs. "When you can have that kind of impact, what greater privilege is there than creating a technology like this?" 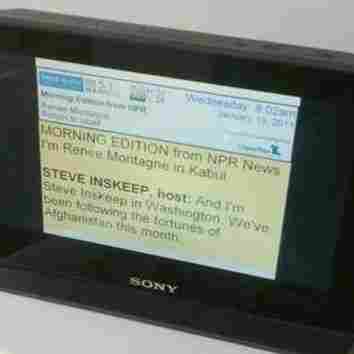 Live-Captioned Radio: It's now possible to convert audio from NPR programs to text so that it can be displayed in near real-time on captioning terminals. NPR Labs hide caption

Over time, the team plans to help establish regional centers around the country to caption more shows and build local capacity to apply this captioning technology to other community needs.

"It's exciting to know that people who have never heard the radio, and people who have heard it once but can't any more that they will be able to - and that we can provide it for them," says Dr. Sheffield.

As fulfilling as this process has been for the team members, getting feedback from those who will benefit sure is sweet: