Accessibility links
The NPR One Developer Center Is Now Live : NPR Extra Interested in building NPR content into your new smartphone product or internet-enabled refrigerator? Whatever the platform, we now have a place connect about bringing that idea to life. 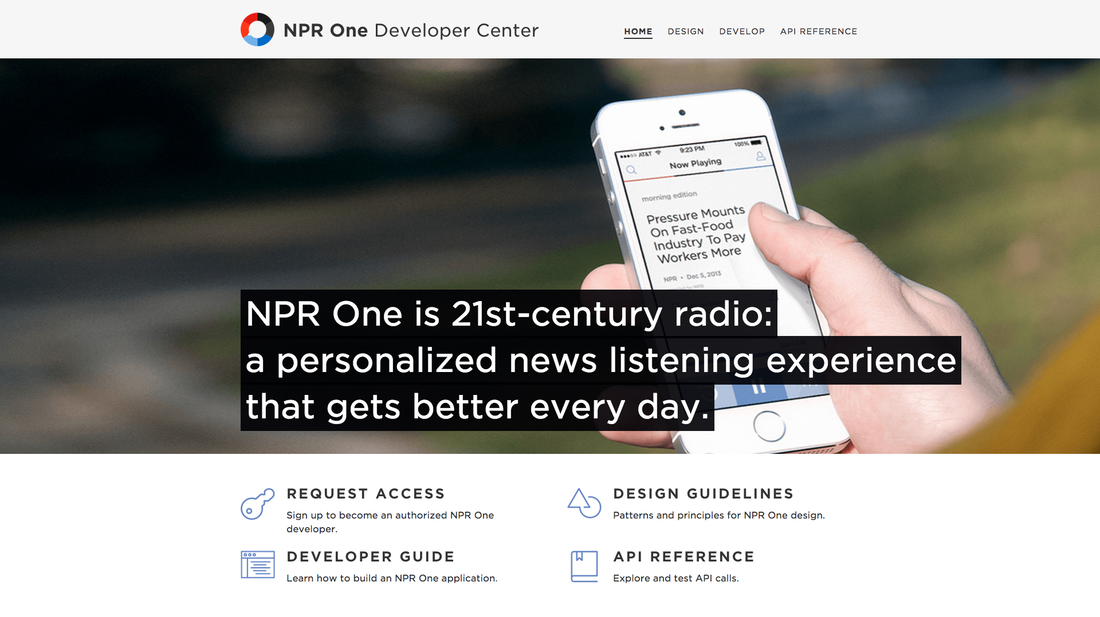 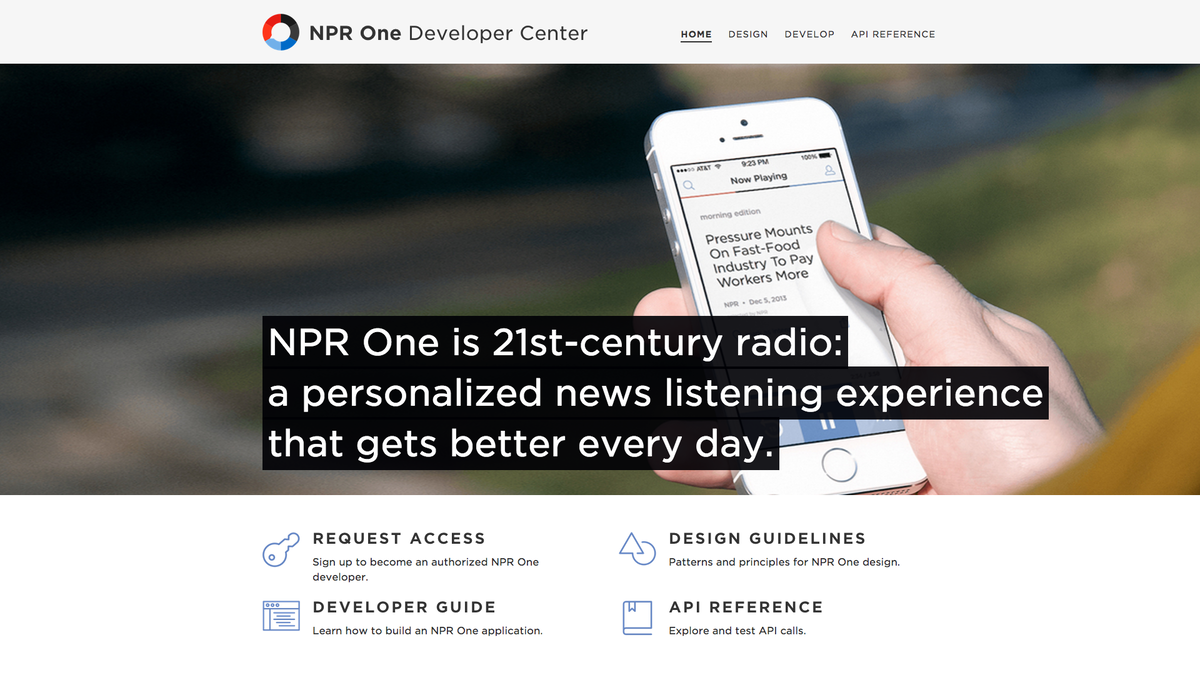 Since we launched NPR One on iOS and Android last July, we've added Windows Phone and Tablet apps, Chromecast, Apple Watch, Android Wear, Android Auto (which includes nearly 30 auto brands), and support for over a thousand other devices through listening connectivity standards such as Bluetooth and Google Cast. We've also been approached by dozens of developers who want to bring it to their platform.

As always, protecting listeners' privacy is of critical importance to NPR. As part of this effort, we have adopted the OAuth 2.0 standard to protect sensitive user information — such as listening histories — across all NPR One platforms. As an additional security measure, our endpoints will only function for authorized developers and we have set limits on the number of partners who will have access to the service.

External developers have long been a central contributor to the success of the NPR mission. In fact, our original Android news app was built by a developer at Google. The next challenge for developers — and the NPR One audience — is to identify and build for platforms that are currently underserved by NPR. Whether you're a developer for a new low-cost smartphone targeted to the developing world, a large technology company with an emerging platform, or a product manager for an internet-enabled refrigerator, we hope you'll join our growing community. To find out more, go to dev.npr.org.

Demian Perry is the Director of Mobile for NPR. He is currently working with dozens of external developers and NPR's Enterprise team to bring the NPR One experience to platforms everywhere.