Accessibility links
Renee Montagne Will Take On Expanded Role After Presidential Elections : NPR Extra Renee will be trading her very early mornings at NPR West for an expanded role as Special Correspondent this November, after the presidential elections.

Renee Montagne Will Take On Expanded Role After Presidential Elections

Renee Montagne Will Take On Expanded Role After Presidential Elections 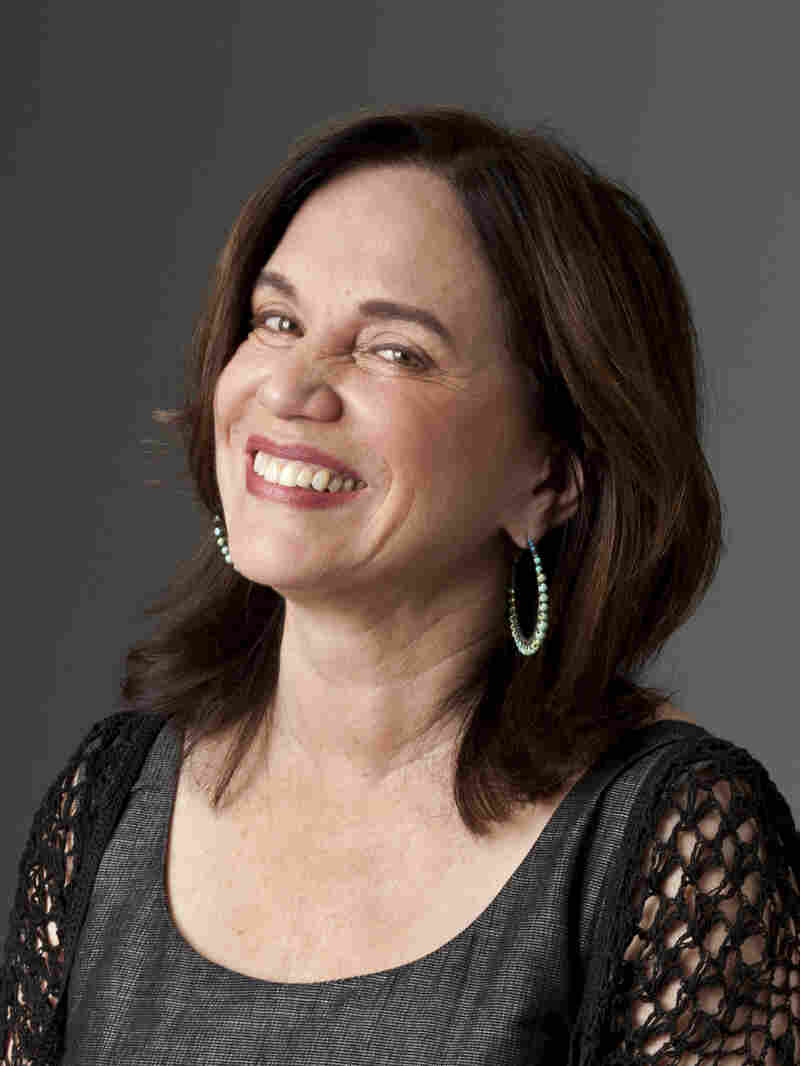 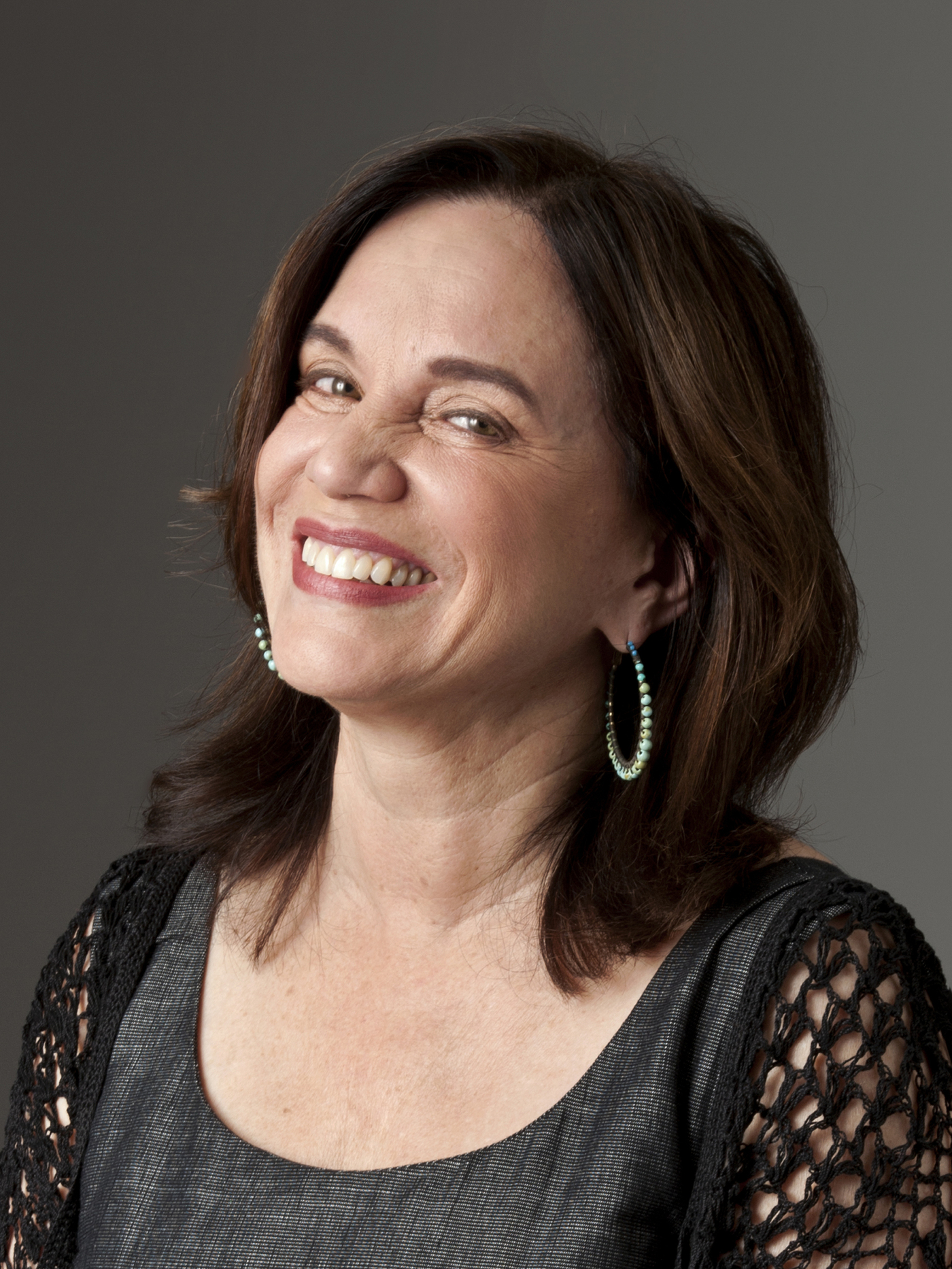 After 12 years as host of Morning Edition, Renee Montagne is stepping back from hosting to focus on more long-form reporting – reporting that is essential to the future of NPR across platforms. She'll be trading her very early mornings at NPR West for an expanded role as Special Correspondent this November, after the presidential elections.

Renee is an essential part of public radio mornings for millions of people who wake up to her every week. Audiences will be pleased to know that in her new role, her voice and reporting will be part of NPR programs across the day and online. She will remain based at NPR West and bring her considerable skills and experience to bear in covering both domestic and international stories for Morning Edition as well as the other news magazines. She will also occasionally guest host Weekend Edition, keeping up her ties with morning audiences.

Freed from the daily demands of the hosting role and the punishing schedule of a workday that begins at midnight, Renee will be able to take advantage of opportunities that have opened up at NPR over recent years, including partnering with NPR desks and other long-form news organizations on stories as well as contributing to podcasts. Outside of work, she's also looking forward to doing some writing.

"Hosting Morning Edition is an all-consuming, daily rush into the world, where tales are told with passion and intelligence in collaboration with colleagues who are, quite simply, family," Renee said. "I've treasured every one of these 12 years. Exciting as it's been to reside at the heart of the news of the day, this chance to engage with the world in a different way is equally alluring: to take the time to uncover many layers, to go in unexpected directions, to linger on the language. And what better time than after the election, when one era ends, and another begins." 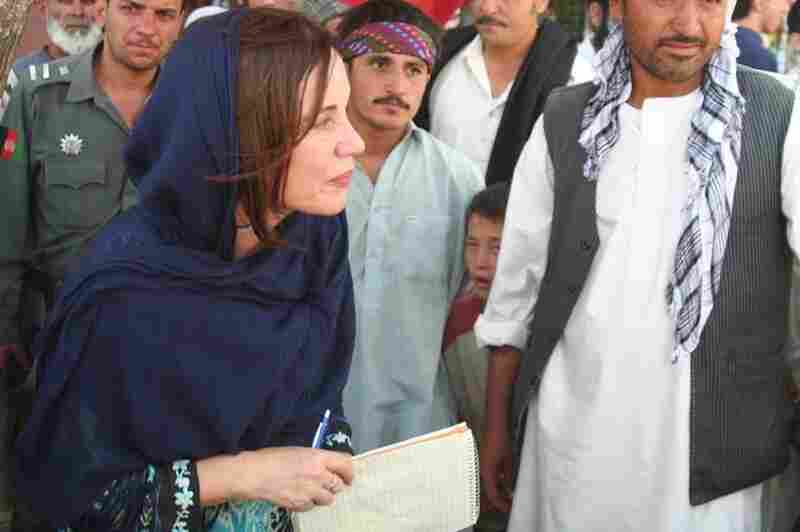 Renee in the city of Mazar-i-Sharif in northern Afghanistan, 2009. Jim Wildman/NPR hide caption 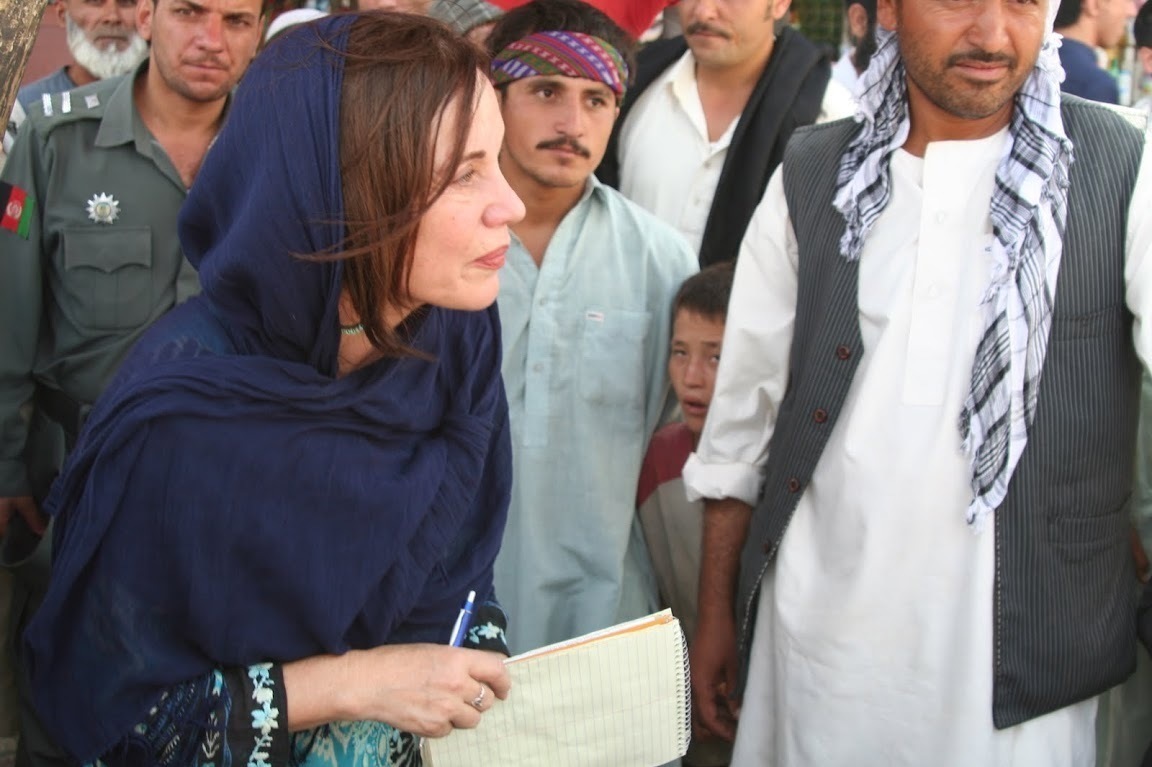 Renee in the city of Mazar-i-Sharif in northern Afghanistan, 2009.

As Morning Edition host, Renee has brought audiences an ever-expanding array of voices and perspectives from across the country and around the world. As one example, since 9/11 she's made 10 trips to Afghanistan, bringing Morning Edition some of the most compelling and engaging coverage of that country. Renee's reporting stays with you, distinguished by the depth of her insight and the warmth and humanity she so obviously feels for the people of Afghanistan.

"Renee is a superlative broadcast journalist: She crafts scripts that most of us can only dream of writing, she wields a fierce curiosity on behalf of the listener, and a sometimes-warm-sometimes-spikey wit that she calibrates perfectly to suit the occasion," says Morning Edition Executive Producer Sarah Gilbert. "Listening to her host the show has been as much of a pleasure as working by her side. She's a wonderful colleague — and a simply brilliant storyteller."

Steve Inskeep said, "No one is more dedicated than my friend Renee Montagne – dedicated to NPR, to Morning Edition, to getting the story right, to journalism. Of all the people on Morning Edition who work crazy hours, Renee's have been the craziest. She turns up at midnight West Coast time day after day, and then flies off for a few 'restful' weeks in Afghanistan. People hear her dedication. Few voices are as recognizable as hers – which reflects something beyond that clear voice, beyond her graceful writing, in other words something beyond talent. It is her passion for the story, and when I meet NPR listeners around the country, it becomes clear that they feel that passion across all the miles." He added, "She has been the most gracious colleague for more than a dozen years. She insisted that we must be equal partners from the first days we worked together, and she honored that in every way. Aside from her own accomplishments, she's been an adviser, supporter, and cheerleader for me. She has taken part in transforming the most widely heard radio news program in America. She has taken that program deep into a new century. She kept her calm through momentous and trying times, and people heard that too. Journalists are really just citizens with microphones, working to inform themselves and pass on what they've learned. Renee's work as a citizen has informed us all. All of us look forward to hearing what she does next."

The Music Midnight Makes: In Conversation With Joni Mitchell

LA Food Truck King Tells His Story, One Recipe At A Time

David Greene notes, "Years before coming to NPR, I would listen to Renee and be in awe. She tells stories — important, compelling ones about life and humanity. I dreamed of being a writer like her, a storyteller like her. I wanted to learn to connect with listeners in the way she does. Then I came to Morning Edition and have the honor of working alongside her. I remember the first of many mentoring sessions when she told me to find the story in music interviews — without a story, it's just a conversation about a new album. It was the first of many such conversations that taught me so much about hosting."

Renee joined NPR in the 1980s, and her celebrated career has included hosting All Things Considered as well as reports from around the world, including extensive coverage from South Africa from the moment of Nelson Mandela's release from prison to his inauguration as president. Her coverage of South Africa's historic presidential and parliamentary elections earned her and a team of NPR reporters the prestigious Alfred I. duPont-Columbia University Award. Renee has also been honored by the Overseas Press Club for her coverage of Afghanistan, and by the National Association of Black Journalists for a series on Black musicians going to war in the 20th century. In 2015 she was awarded a Gracies Gala Award for Outstanding Individual Achievement.