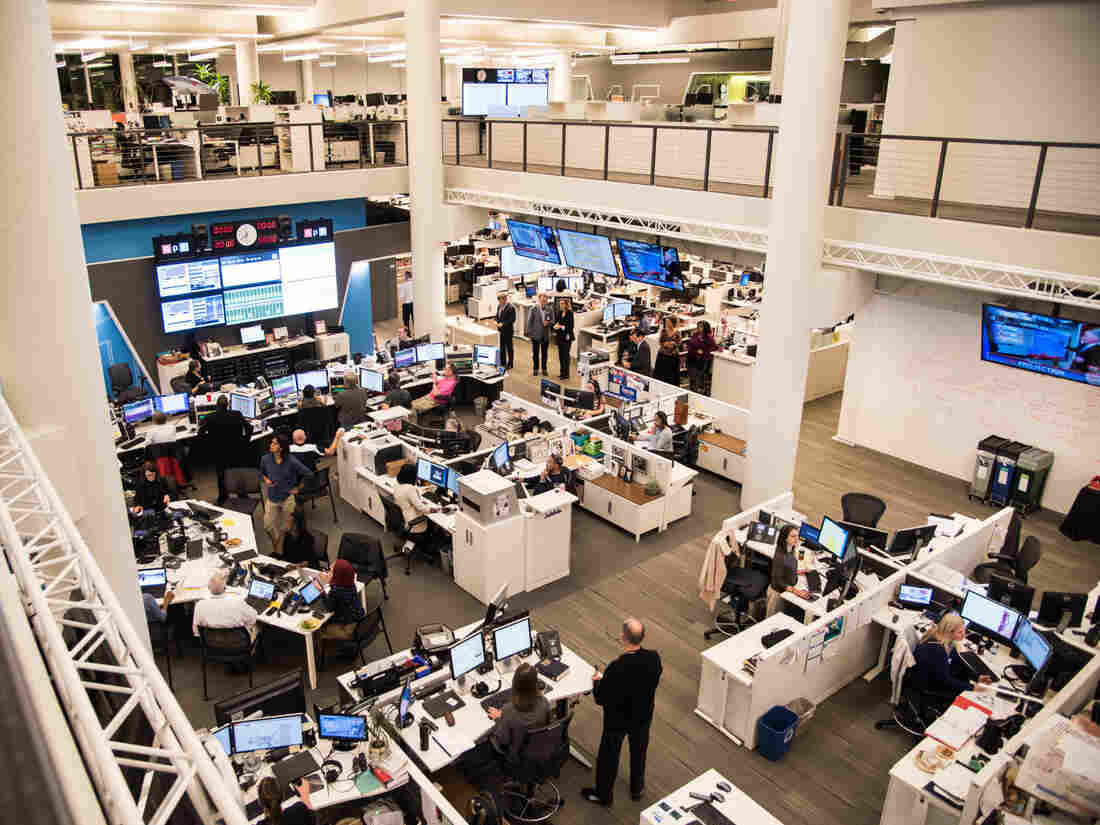 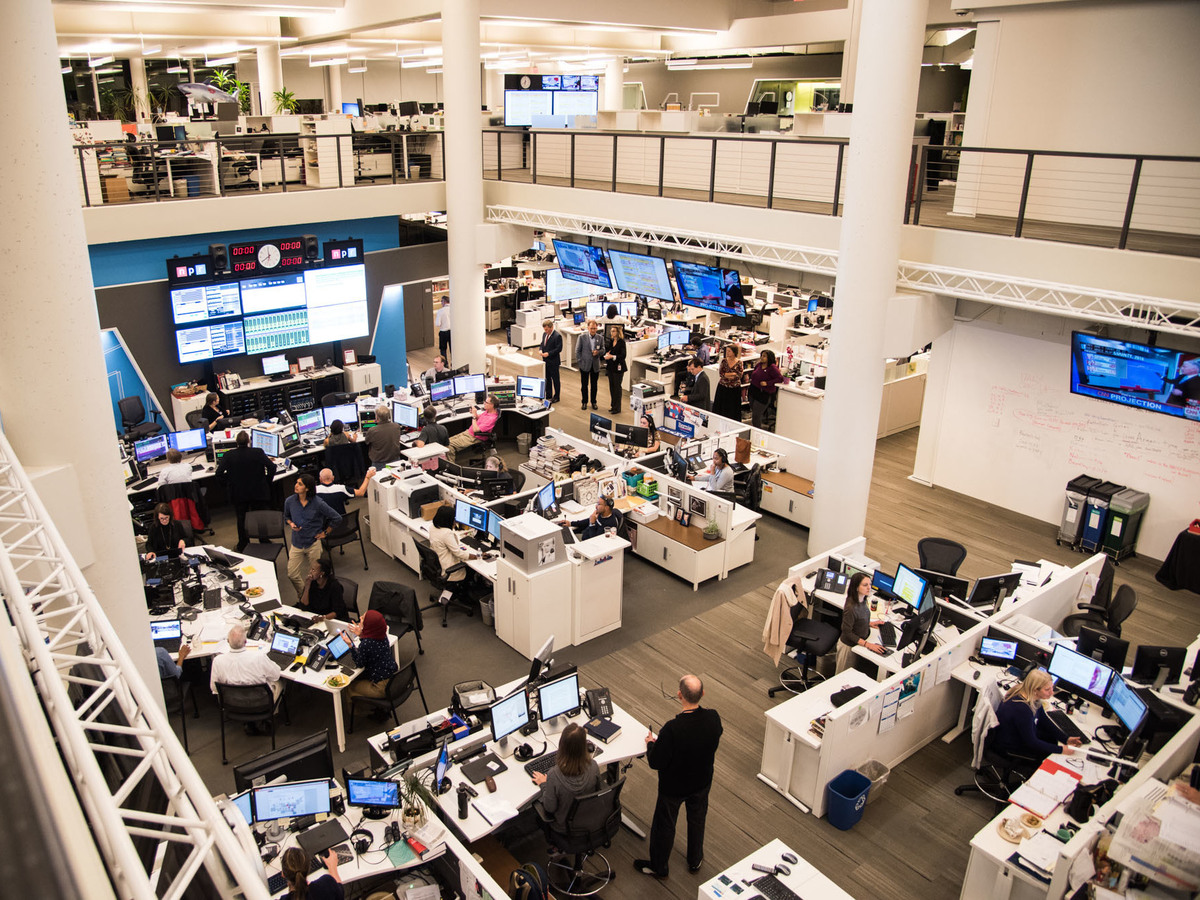 The message below was sent by NPR's Senior Vice President of News and Editorial Director Michael Oreskes to the NPR News staff on Jan. 17.

The right of working journalists to do their jobs should not be up for debate when a new administration takes office (or at any other time). But it disturbingly seems to be.

It wasn't just President-elect Donald Trump's collision with a CNN journalist at a news conference. The day before, the president-elect's choice for attorney general wouldn't commit to the outgoing Justice Department's promise not to prosecute journalists for reporting on intelligence cases when a source gives them classified information. To many journalists that is even more chilling than the public browbeating.

Ostracizing a journalist at a news conference isn't attractive. But it pales against the specter of the United States of America locking up journalists for being journalists as they do in Turkey or China or Russia.

A robust, even rambunctious, press is one of American democracy's signal achievements. Citizens depend on independent journalists to give them information needed to hold our leaders to account. Those journalists should be free to do their work without fear of personal or legal attacks. As Vice President-elect Mike Pence said when he was in Congress, "the only check on government power in real time is a free and independent press."

Pence was arguing at the time for a federal law to help reporters shield their sources. That's still a good idea. Pence was for it because he understood as a conservative that a robust press deters unbridled government growth and corruption.

These issues should matter to all citizens regardless of their political perspective. We at NPR have strong points of view when it comes to freedom of the press and we will make those views transparent to you in pieces such as this. We also see it as our responsibility as the public's media to provide a platform for discussion of these issues and the airing of differing views. There are valid discussions to have. That is the kind of debate the framers envisioned.

Part of this has gotten a great deal of attention. President-elect Trump refused to take a question at a public news conference. He said to the journalist that he would not recognize him because the company he worked for, CNN, was distributing "fake news."

It is relevant that the story underlying this dispute was not "fake." CNN reported that the leaders of the U.S. intelligence community had told the president and president-elect about unverified, potentially compromising information concerning Trump that Russian agents may have collected. The U.S. intelligence officials had done just that – inform Trump and President Obama — and many other news organizations, including NPR, reported the same thing.

There were plenty of words that could be chosen to characterize this coverage. But fake is not among them.

Mollie Hemingway, senior editor at The Federalist, wisely observed that journalism, writ large, has more credibility among independents and Democrats than it does among Republicans and conservatives. That leaves the president-elect politically free to attack news organizations or individual journalists when he does not like their work. His supporters cheer and the reporters are thrown on the defensive.

It is up to journalists to rebuild that credibility. To demonstrate to conservatives that, as the vice president-elect says, our role is to hold all governments to account, regardless of party, ideology or personality. Part of that will be reminding everyone that beyond individual organizations and journalists there is an institutional and historical relationship between journalism and government.

Of course the details can be changed in various ways as they have often been. Just the other day Cokie Roberts described Dwight Eisenhower's moment of prescience as he began the first televised presidential news conference.

"Well, I see we're trying a new experiment this morning." Ike said "I hope it doesn't prove to be a disturbing influence."

If he had only known what was to come. Indeed, Buzzfeed's decision to follow CNN's report by publishing the entire dossier of unverified material allegedly collected by Russian agents, which CNN and others had withheld, brought into the open a debate within journalism about how to handle raw documents in an age when anyone with a laptop can publish them to the world.

But as much as things have changed and will no doubt continue to change there are basic principles about journalism and government that should be respected, not for the sake of journalists but for the sake of a public that has a right to inform themselves about the work of their government.

Take one example: the accrediting of journalists to cover the White House can't be at the whim of an administration, any administration. A federal court in Washington established the principle "that the interest of a bona fide Washington correspondent in obtaining a White House press pass is protected by the First Amendment," and may not be denied without due process of law.

The very existence of this case illustrates two points.

First, society through its courts recognizes that journalism has an important role to play on behalf of the public.

Indeed, we in the news media collided with Obama frequently. He significantly restricted the access of photo journalists, for example, leaving much of the visual history of his eight years to be recorded by his talented but government-paid White House official photographer.

The Obama administration also repeatedly threatened journalists with prison under the guise of investigations into leaks that allegedly threatened national security. When I was senior managing editor of the Associated Press, the Obama administration secretly seized the wire service's phone records in order to reveal AP's sources. A New York Times reporter, James Risen, was kept under threat of jail for years to pressure him to reveal his sources. An FBI agent accused Fox News reporter James Rosen of possible espionage for basic reporting. NPR and other news organizations reported on these actions and protested vehemently. These were chilling threats to obstruct journalism and even criminalize it. I and many other journalists said so. Risen described the Obama administration as the most antagonistic to the press of any since Nixon.

As a result of our protests, the attorney general pledged that the Obama administration would never prosecute a journalist for doing her or his job. That commitment should be embraced by the incoming administration and written into law by the new congress.

Sen. Amy Klobuchar, a Democrat from Minnesota, asked Republican Sen. Jeff Sessions at hearings last week whether he would affirm that promise not to prosecute journalists for doing their job if he is confirmed as the new administration's attorney general. "I'm not sure," he replied. He said he wasn't familiar with those rules.

He and President-elect Trump should take the time to familiarize themselves with why news organizations fought so intensely with the Obama administration to win those rules. A free press is surely not the only protection against the dangers of government overstepping its bounds. But it is a very important one.

The president-elect has an opportunity to separate his anger over specific coverage (which he is always free to express) from a commitment to fundamental American rights of free press and expression. These aren't partisan questions.

They are core values every American owns a share of. The Newseum on Pennsylvania Avenue has engraved the first amendment, with its five freedoms, on the wall of its building. The inaugural parade will pass right by Friday. As it should.