Accessibility links
Frank Deford's 1,656th Commentary : NPR Extra On May 3rd, 2017, Frank Deford shared that this will be his final regular commentary for NPR. 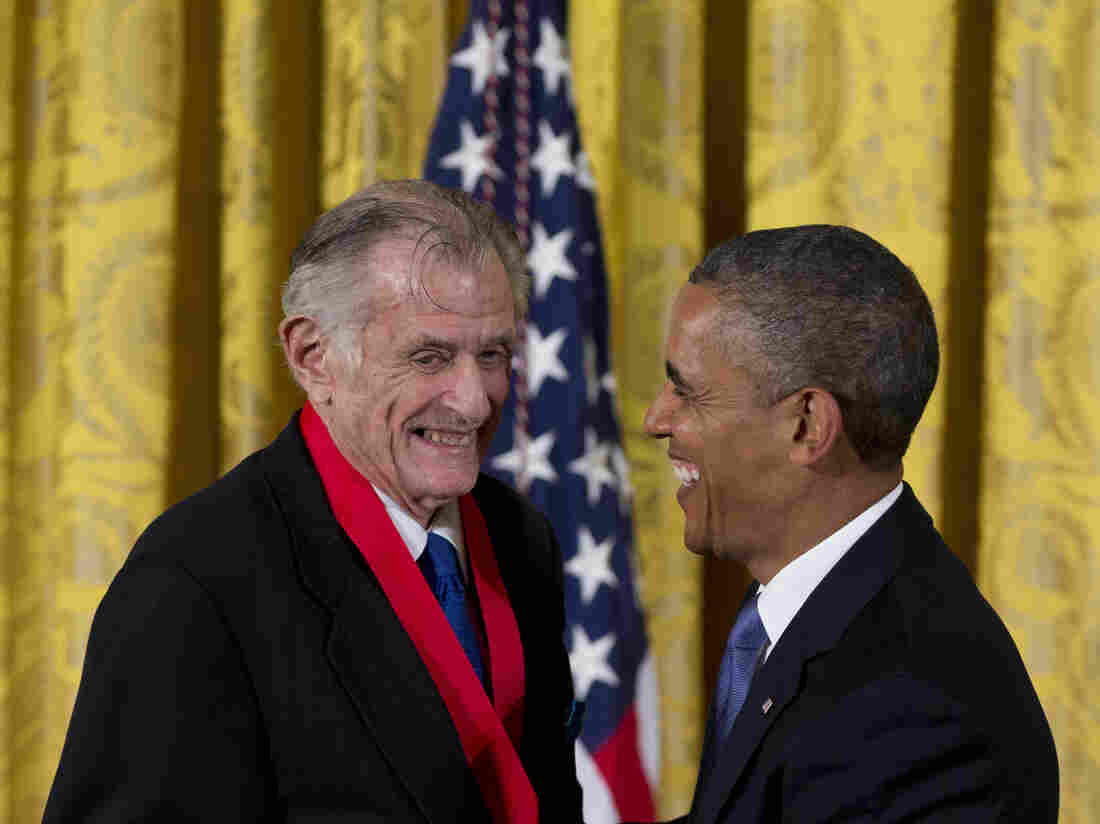 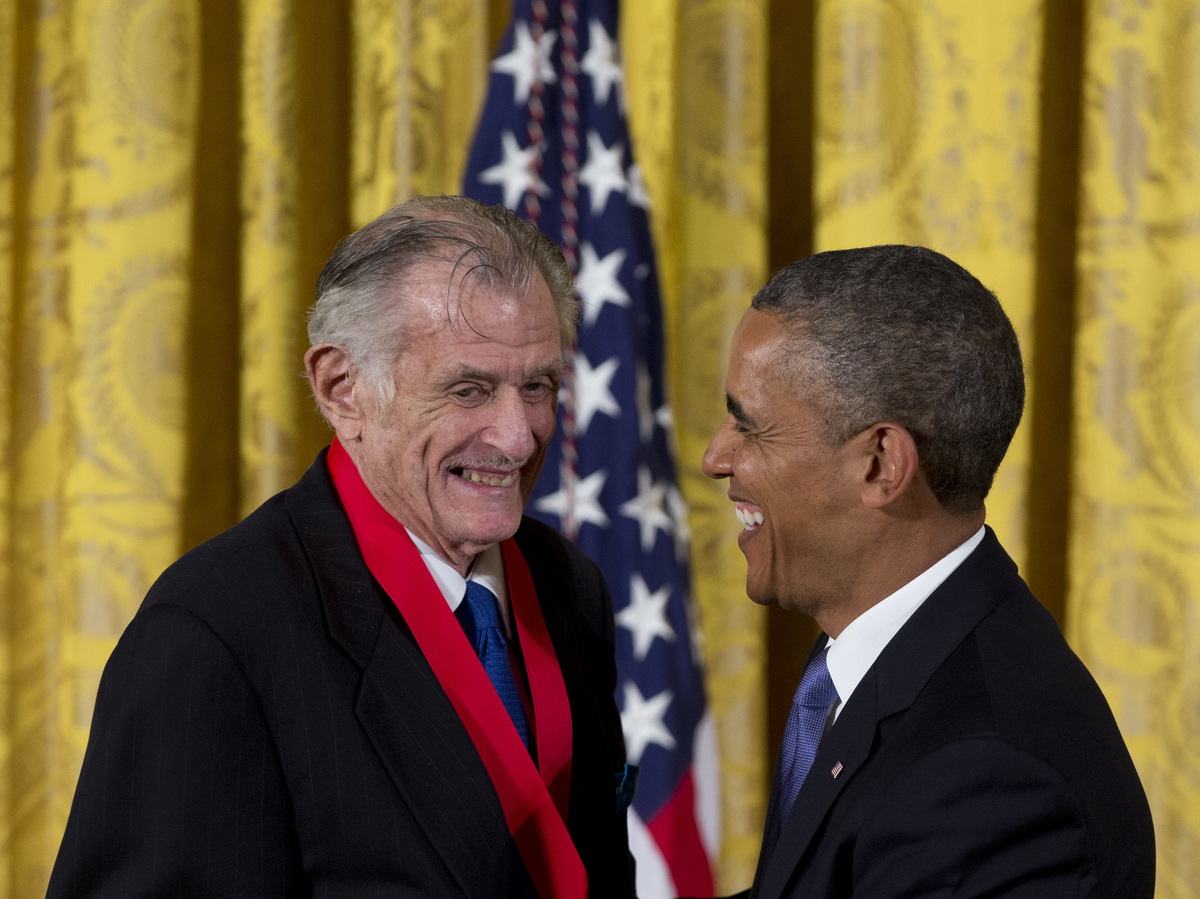 President Barack Obama laughs with Frank Deford as he awards him the 2012 National Humanities Medal for transforming how we think about sports, during a ceremony in the East Room of White House on July 10, 2013

In 1980, Frank Deford voiced his first commentary for NPR, launching an incredible run that had him filing, as of this week, 1,656 of his signature insights into the world of sports and the human stories that weave through the world of competition. And on today's Morning Edition, he shared that this will be his final regular commentary for NPR.

When we asked him about this decision, he said, "The wonderful thing about delivering sports commentary on NPR was that because it has such a broad audience, I was able to reach people who otherwise had little or no interest in sport –– especially as an important part of our human culture. Nothing made me happier than to hear from literally hundreds of listeners who would tell me how much the commentaries revealed about a subject they otherwise had never cared much for. I'll forever be grateful to NPR that they gave me such extraordinary freedom.... It was 37 years of a fond relationship."

Frank came to NPR when the network was in its infancy. For almost four decades, Frank's signature commentaries have brought listeners to that crossroads in American life where sports and culture meet. In doing so, with wit and enthusiasm, he often caught the attention of an audience that didn't necessarily give the sporting world a lot of thought, at least not until Frank gave them a reason to, every Wednesday morning. For Frank, there was a sense of mission in this, "sport is an art, it has incredible appeal everywhere on this earth, and it fills so many human hearts with passion, that it's impossible to dismiss."

From the Super Bowl as Shakespeare to the Sports Curmudgeon, to his regular castigating of the NCAA over how it treats its student athletes, to America's complicated love affair with the NFL, Frank made every week memorable. Along the way, Frank has been recognized with a range of honors for his work, including becoming the first person from the world of sports to receive the National Humanities Medal, which was awarded to him by President Obama.

Tom Goldman notes, "I became NPR's first full time sports reporter in 1998, and I owe Frank a debt of gratitude. He'd spent the previous 18 years entertaining and educating our audience through commentary. An unintended consequence: he prepared them for what I would do covering sports as a beat. I tried to extend what he was doing on Wednesdays....in a different form....by reporting the meaning of sports, the connections with society, the humor and drama of sports and eschewing, for the most part, the x's and o's. Frank set the standard starting in 1980 – It's a standard I still adhere to today."

Wednesday's sports commentaries will continue in the weeks and months ahead, but the world of sports on NPR will never be the same.

Sarah Gilbert is the Executive Producer of Morning Edition

Chris Turpin is NPR's VP of News Programming and Operations