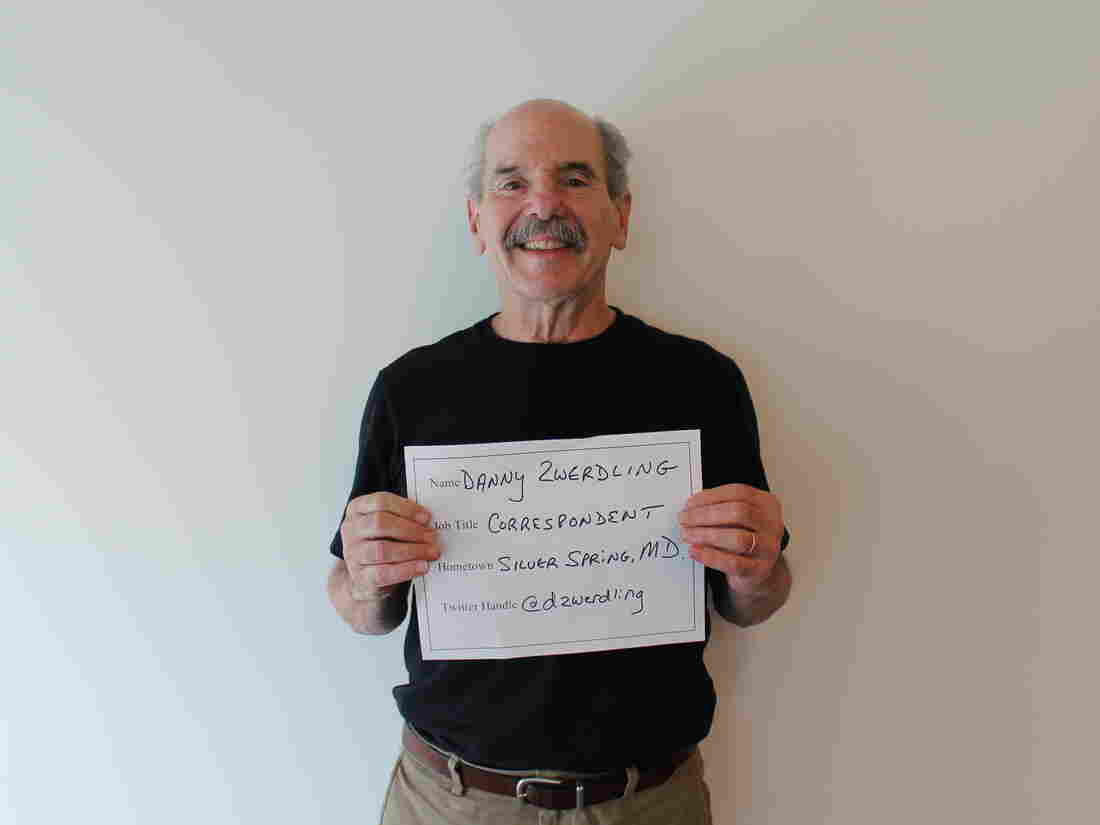 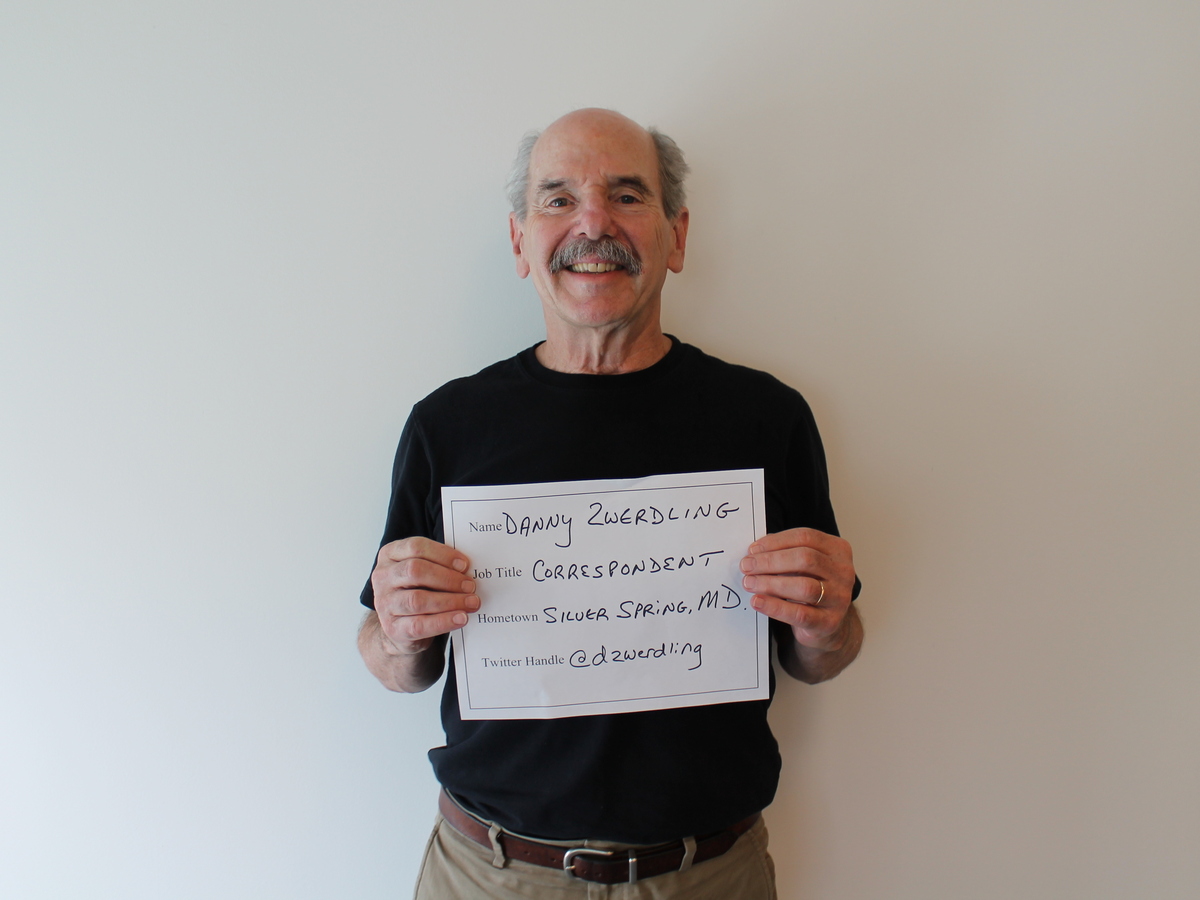 NPR Investigations Unit Correspondent Daniel Zwerdling poses for the Faces of NPR portrait at the organization's headquarters in Washington, D.C.

Where You're From: Silver Spring, Maryland

You're a Correspondent in the Investigations Unit at NPR. What does that mean?

It means that my big bosses at NPR give my colleagues and me the support and time we need to identify social problems that affect lots of people – hundreds or thousands or potentially millions of people — and then to investigate why the public officials or corporate executives responsible for fixing those problems aren't doing their jobs. We usually interview scores of people for a single story, track down hundreds or thousands of pages of documents, and end up with hours and hours (and more hours) of audio interviews. Finally, each one of us writes and produces both an audio story, or series of stories, for NPR's shows and web pieces for NPR.org.

Investigative reporting must be so much easier than doing a daily beat, because you often get months and months to do a single story – right?

Wrong. I've done both – and investigative reporting is just as hard, just in a different way. Daily reporters have to crash to meet their deadline, but then the story's on and it's over – they can go home and let go. The longer our investigative projects take, the more anxious and insecure we feel that the story won't pan out, or we'll make a mistake and get slammed, or the story won't get much attention, and so our listeners might think, "So what took you so long?" I've asked other investigative reporters, and most of them acknowledge it can be emotionally exhausting.

How did you get started here?

I'd been writing freelance investigative pieces for magazines and newspapers, often about environmental issues, and NPR's news director asked me, kind of out of the blue, if I'd come and launch an environmental beat. I said, "Thanks — but no thanks, I don't want to give up my independence." NPR's intrepid John Ydstie, who was then producer of Morning Edition, took me for a picnic lunch at DuPont Circle and tried to change my mind. Then the executive producer of All Things Considered, a persuasive guy named Chris Koch, took me to lunch at a fancy restaurant (which was a shrewder tactic than a lawn picnic). Chris said, "What's the worst thing that could happen if you came to NPR and tried it out for a year?" "I won't like it." "OK," he said, so you'll go back to doing what you've already been doing for years. And everything will stay the same. But what's the best thing that could happen if you try out NPR?" I said, "I might like it." Chris stared at me without talking. "Ok," I told him, "I'll give it a year." That was in 1980. 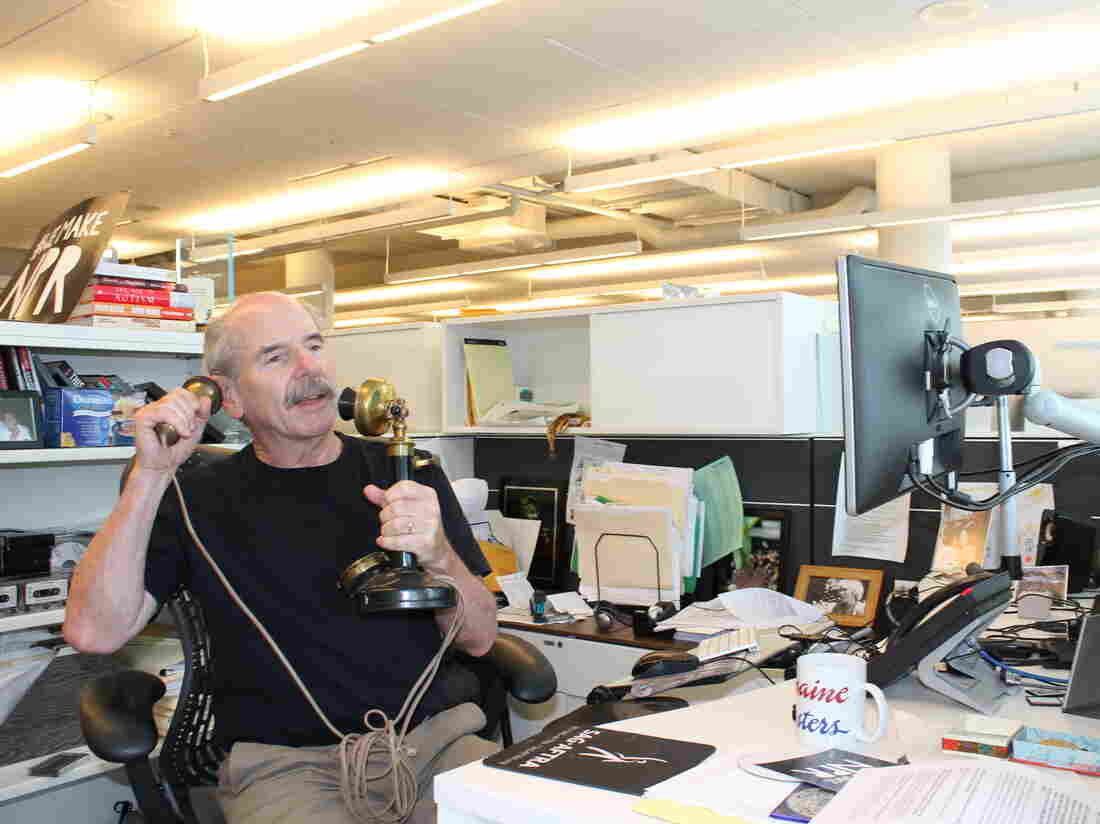 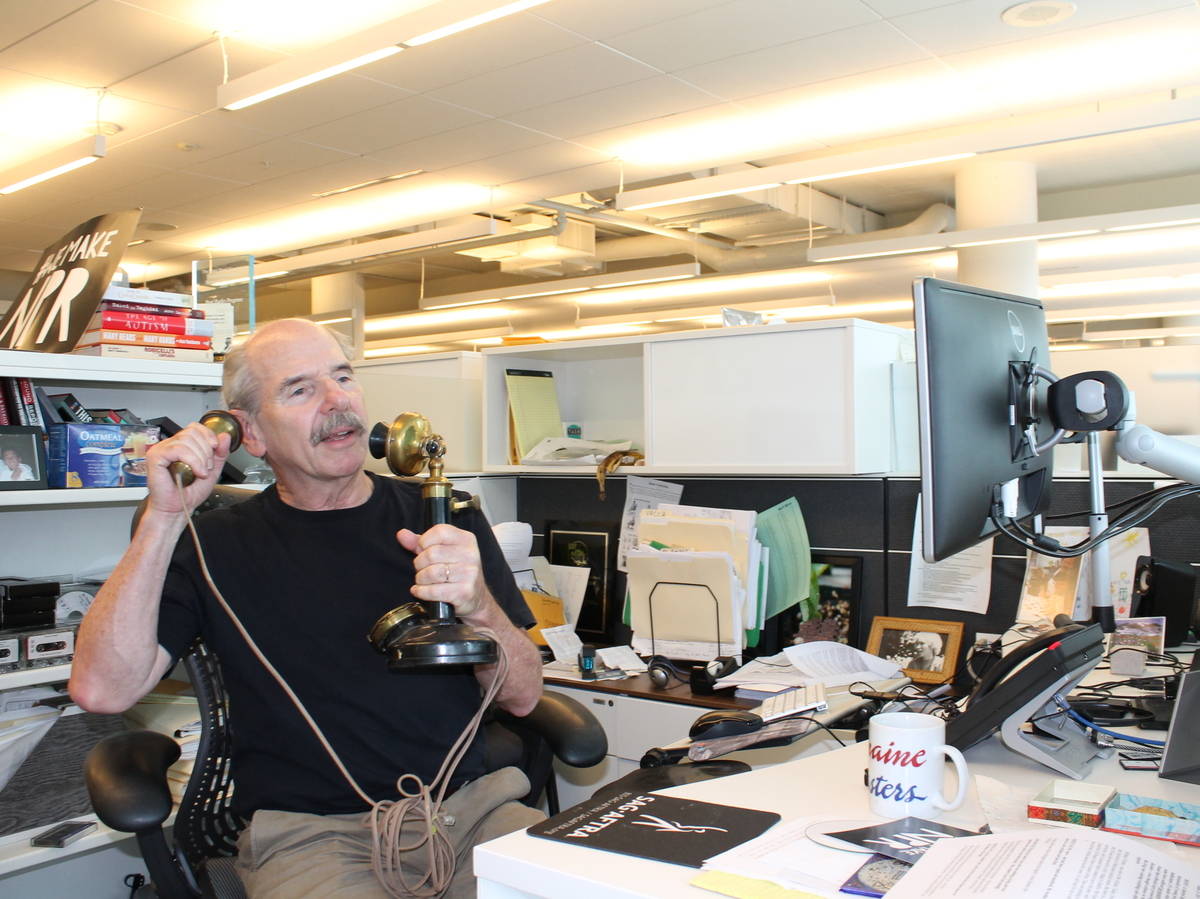 Lesson: Grab new opportunities when you can!

Traveling new places and getting to spend hours meeting and interviewing people. What a gift to have people let you into their intimate lives. And Tiny Desk Concerts. What a gift to get up from your desk, walk up a flight of steps and hear fabulous, creative musicians serenade you.

What are some interesting things you've worked on? 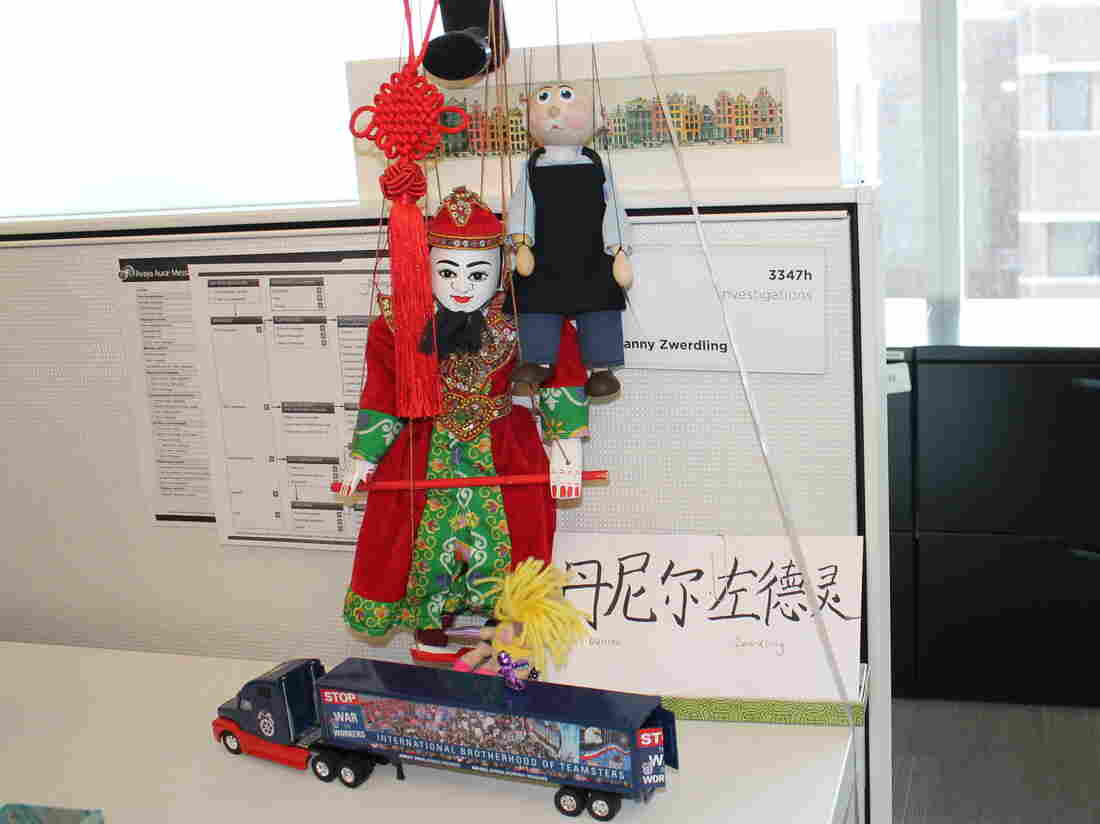 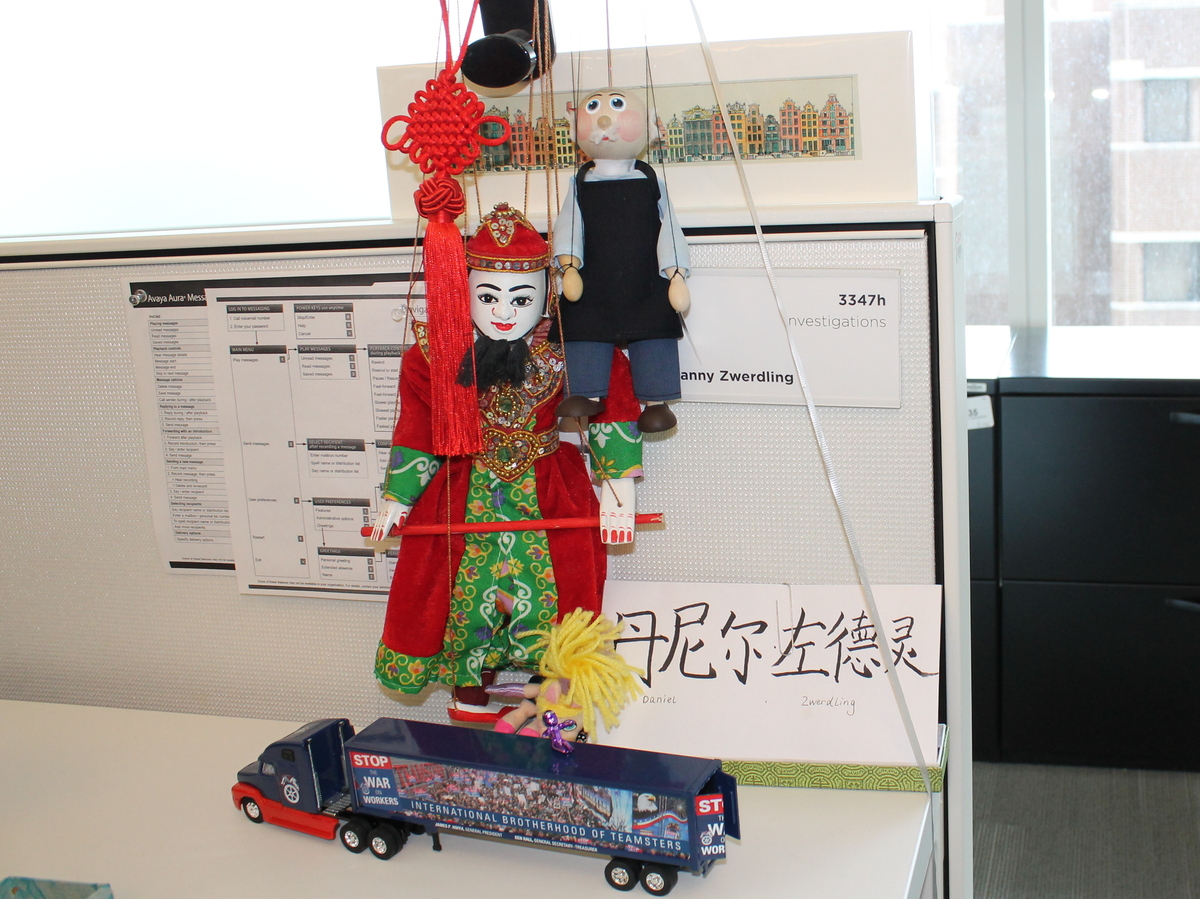 Every story has stirred me in some way. Trekking across the desert in Chad during the crippling drought of 1985. Meeting women and girls who walked all day just to find a few buckets of water. Telling the story in 1990 of young girls who got kidnapped and sold into slavery in Pakistan — and then got put in prison, because when they told police that their owners raped them every day, they acknowledged they had sex out of wedlock. Getting to know hard-working immigrants in the mid 2000's who were terrorized and injured by vicious attack dogs in U.S. jails, just because sadistic guards felt they could do what they want with immigrants. Meeting combat soldiers and their spouses, for years now, who can't fathom why their government isn't helping them — yet they keep struggling against the odds and fighting for justice.

Photos of my grandkids, my wife, growing piles of stuff, and souvenirs that colleagues have brought me from their travels.

Yusuf/Cat Stevens. If only we could all age so gracefully. I told him that I sobbed when I heard his then-new song, "Wild World," in 1970, because I had just broken up with a college girlfriend. He said, "That's why I wrote it – it had just happened to me."

I always slow down when I'm walking or driving down 7th Street across the National Mall. First I gaze at the Capitol, then at the Washington Monument. And then I often get teary, thinking of the history behind them, and what they symbolize to people around the world. I also worry whether they'll still mean that much 10 or 20 years from now.

Answer emails. Straighten one messy pile. Then boil water and go through my zen ritual of making drip coffee from locally roasted beans.

Our colleagues who've been creating podcasts – they're venturing into new(ish) territory and trying something new.

Our colleagues at Code Switch: America needs to pay more attention to this amazing unit. They're talking about issues you rarely hear or see in mainstream media.

The amazing, compelling, thoughtful voices – of the thousands and thousands of people we interview, and also of my colleagues who interview them. 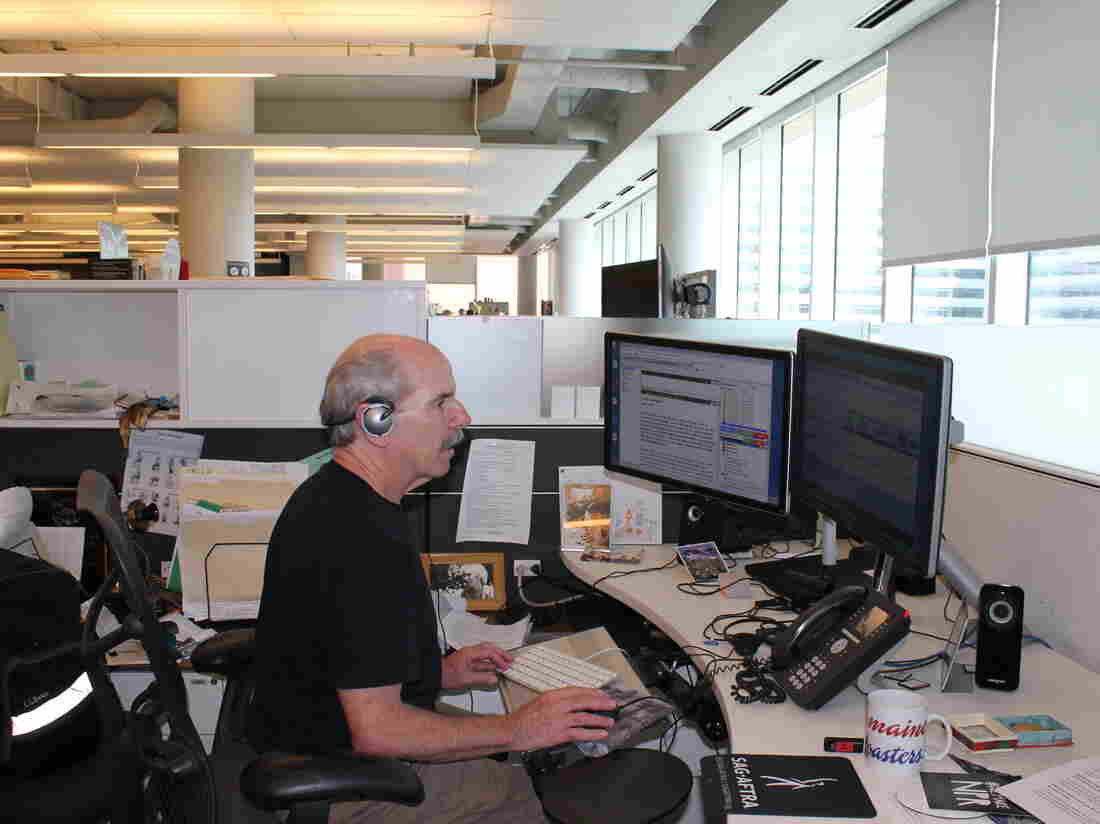 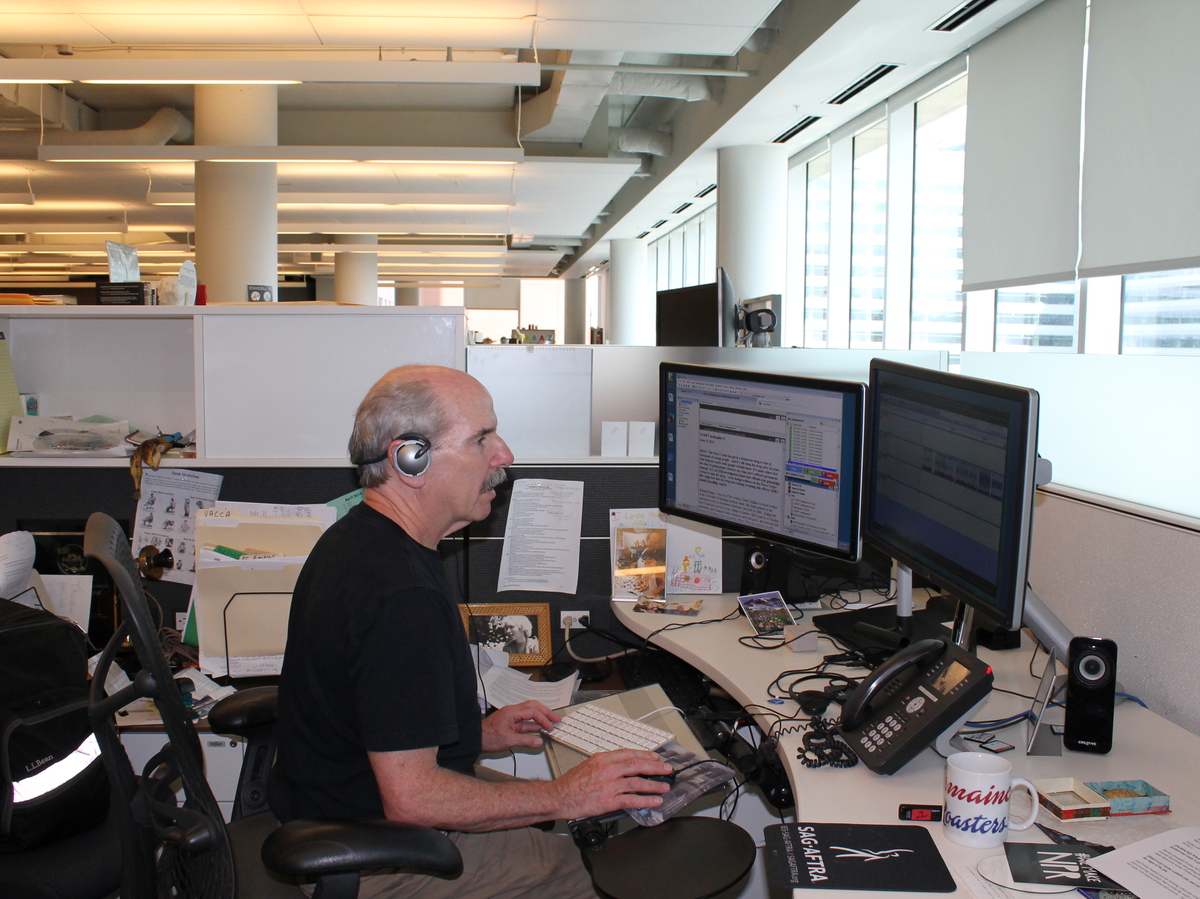