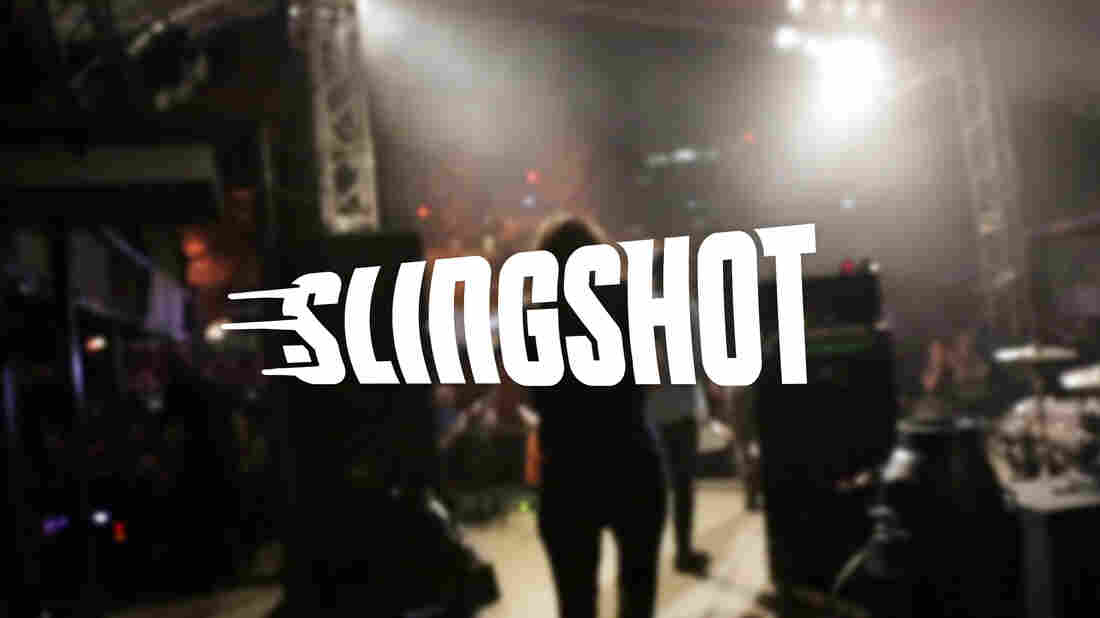 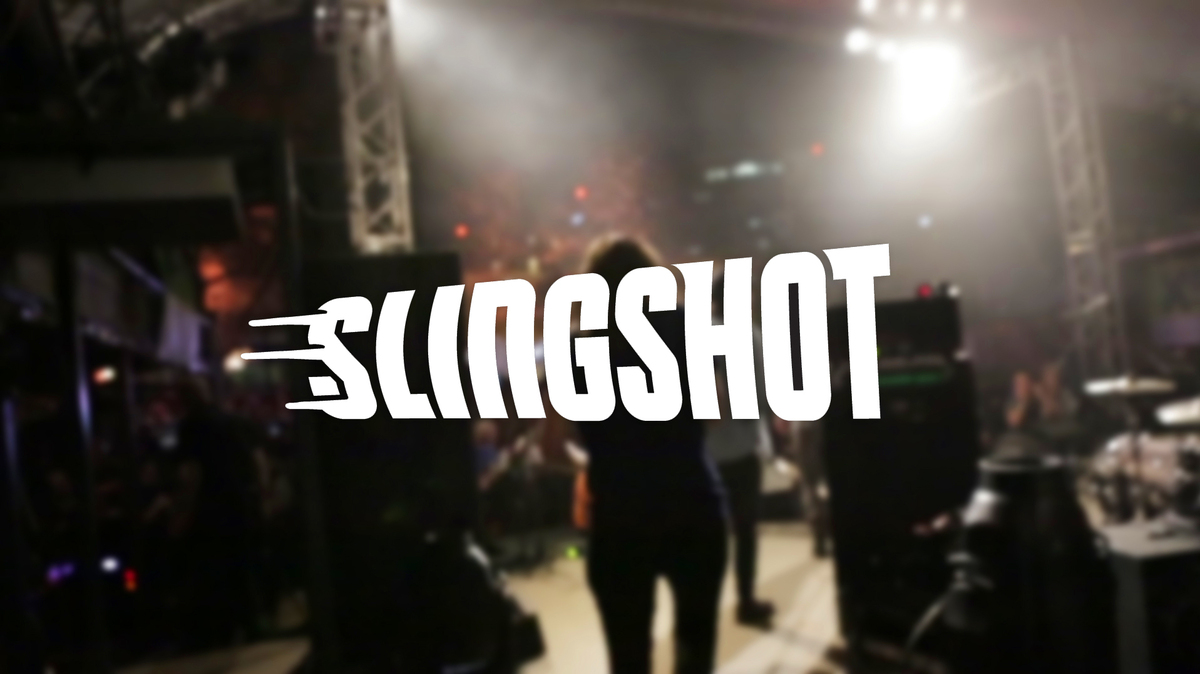 Public radio stations are joining forces to lift the profile of their favorite emerging artists.

NPR Music and program directors from VuHaus' public radio music station network today announced Big Thief, Jamila Woods and Lo Moon as the inaugural class of Slingshot, a new collective effort among taste-making stations to elevate the profiles of exceptional emerging artists. The video, interview and live event series will kick off this fall on NPR.org/slingshot.

"This is an exciting and game-changing opportunity for emerging artists," says Anya Grundmann, NPR Vice President for Programming and Audience Development. "We are eager to leverage the full power of the public media system to serve as a launch pad for talent and to connect talent with our passionate and discerning audience."

"NPR Music and public radio music stations have an unparalleled relationship with their listeners," adds Roger LaMay, WXPN General Manager and NPR Board Chair. "It's exciting that these trusted sources for music discovery are collaborating to maximize our impact as we find, celebrate and 'slingshot' artists into the next chapter of their careers."

"Spreading the word about up-and-coming artists is at the core of what we do at WFUV every day," says Rita Houston, Program Director at WFUV in New York. "With Slingshot, we know our collective power with our colleagues in public media around the country is sure to elevate this inaugural class of artists."

Enlarge this image
Shervin Lainez/Courtesy of the artist

Big Thief is Adrianne Lenker (guitar/vocals), Buck Meek (guitar), Max Oleartchik (bass) and James Krivchenia (drums). The Brooklyn-based quartet's newest release, Capacity, comes just one year after its stunning debut, Masterpiece (No. 31 on NPR's Best 50 Albums Of 2016), brought Big Thief in-the-know audiences and critical acclaim. The expectations set by Masterpiece were easily met by Capacity, garnering ecstatic support from the music press, including NPR, Pitchfork and Rolling Stone, fellow musicians such as Jeff Tweedy, Carly Rae Jepsen, and Father John Misty, and simply everyday fans of Lenker's quietly confessional and revelatory songwriting. NPR Music's Bob Boilen called the song "Mary" "the most beautiful song of 2017." Big Thief has appeared on Late Night with Seth Meyers, and toured extensively, playing hundreds of shows in the past two years in the US, UK, Europe, Asia and Australia. They will bring an extraordinary year to a close with one more trip around the world.

Jamila Woods' cultural lineage – from her love of Lucille Clifton's poetry to cherished letters from her grandmother to the infectious late-'80s post-punk of The Cure – structure the progressive, delicate and minimalist soul of her debut album, HEAVN (No. 27 on NPR's Best 50 Albums Of 2016). Born and raised on the Southside of Chicago, Woods grew up in a family of music lovers. Now a frequent guest vocalist in the hip-hop, jazz and soul world, it took a surprise poetry class with a high school arts program for Jamila to finally find what is already a once-in-a-generation voice. In HEAVN, you'll find the bits and pieces of the past and present that make Jamila: family, the city of Chicago, self-care, and the black women she calls friends. Her poetry studies continued in college and in her professional career with Young Chicago Authors. True and pure in its construction and execution, her music is the best representation of Jamila herself: strong in her roots, confident in her ideas, and attuned to the people, places and things shaping her world.

Enlarge this image
Brian Feinzimer/Courtesy of the artist

Brian Feinzimer/Courtesy of the artist

Lo Moon is a Los Angeles-based band comprised of Matt Lowell (vocals/guitar), Crisanta Baker (bass/keyboards) and Sam Stewart (guitar) whose sound meets at the intersection of artists like The XX and Talk Talk. With just two songs out in the world, the band is already one of the most talked-about new bands in Los Angeles's indie scene. The trio has received early accolades from The New York Times, V Magazine, the Los Angeles Times, and more. Having opened for the likes of Phoenix, Glass Animals, The Lemon Twigs, Air, London Grammar, and more, Lo Moon is currently putting the finishing touches to their debut album with producers Chris Walla (Death Cab For Cutie) and Francois Tetaz (Gotye).

About: WFUV, New York's source for music discovery, has been a noncommercial, member-supported public media service of Fordham University for more than 65 years. WFUV has received national recognition for its unique weekday format of adult album alternative music, award-winning local news and sports, and a diverse weekend lineup.

RIYL: The War On Drugs, Washed Out, Natalia LaFourcade

About: L.A.-based public radio station KCRW is respected worldwide as a music tastemaker. Their signature show, Morning Becomes Eclectic, is a destination for established artists and features up-and-coming artists destined to make an impact. KCRW DJs broadcast every day of the week and all offer diverse and trendsetting programming.

About: Vocalo connects with younger, culturally diverse audiences in Chicago through music discovery and community engagement. We give love to local and independent hip-hop, dance and indie rock. We play over 500 local artists in regular rotation, so when you tune to Vocalo in any given hour you will hear Chicago music. This is what Chicago sounds like.

About: WXPN, the AAA-format, noncommercial, member-supported radio service of the University of Pennsylvania, is based in Philadelphia and serves listeners in Pennsylvania, New Jersey and Maryland. Identified as "influential" by Rolling Stone, WXPN also produces the music program World Cafe, which is distributed to more than 200 radio stations by NPR.

About: KXT 91.7 is a member-supported, public radio station serving North Texas with an eclectic mix of indie rock, alt-country, alternative, classic rock and world music. The station places a heavy focus on local and new music, as well as deep cuts from legendary artists. KXT launched in 2009 and is operated by North Texas Public Broadcasting.

About: KEXP enriches people's lives by championing music and discovery. KEXP is a nonprofit arts organization serving music lovers and artists through in-person, broadcast, and online programming. KEXP operates one of the most influential listener-supported music radio stations in the world, 90.3 KEXP-FM Seattle, with online and on-air service reaching over 200,000 global listeners each week.

About: The Colorado Sound is dedicated to music discovery by focusing on emerging artists, national acts and local music. Launched in 2016, The Colorado Sound was voted "Best New Radio Station" in Denver by local readers. Heard in Fort Collins, Denver and Boulder at 105.5 FM, in Steamboat Springs at 88.9 FM and in Summit County at 94.3 FM, The Colorado Sound truly sounds like Colorado.

About: KDHX is a full-power, noncommercial, community radio station located in St. Louis. KDHX has been broadcasting at 42,000 watts since October 1987 on 88.1 FM and showcases a variety of music programming. The station's coverage area is an 80-mile radius around the metro area, which includes a population of 2.4 million. We stream live online, and programming is archived for two weeks at KDHX.org. KDHX also boasts two venues, The Stage at KDHX and The Magnolia Cafe.

About: opbmusic from Oregon Public Broadcasting is your front-row ticket to the best new and Northwest music. Listen through our website and mobile apps, attend exclusive live performances in our Portland studios, and watch sessions online and on OPB-TV.

About: The Bridge in Kansas City is dedicated to local music, our community and independent voices. We include new, rare and local music in all our playlists, right alongside familiar hits and classics you know and love. The Bridge connects music lovers with music makers through performances and interviews. No other station does what we do. Our city is a true original, and so is The Bridge.

About: 88Nine Radio Milwaukee plays a distinctive blend of rock and hip-hop, and spins at least one track by a Milwaukee artist every hour. Radio Milwaukee seeks to reach a new generation of radio listeners on-air, online and in the community with a unique and adventurous selection of music and short-form storytelling.

About: KUTX 98.9 FM features more local music than any station in Austin, as well as diverse selections from around the globe. The result is programming that reflects Austin's creative spirit and diverse tastes.

About: NV89 is a champion of emerging artists and local musicians who have the talent to be the stars of tomorrow, as well as established artists with a history of creating compelling music. NV89 features NPR's World Cafe and VuHaus videos to keep our listeners connected with national musical tastemakers.

Location: NPR stations across the country

About: For three decades, Mountain Stage has been the home of live music on public radio. Produced in West Virginia and distributed by NPR Music, each two-hour episode can be heard weekly on over 200 stations across America. Recorded in front of a live audience, Mountain Stage features performances from seasoned legends and emerging stars ranging from folk, blues, and country; to indie rock, synth pop and beyond.