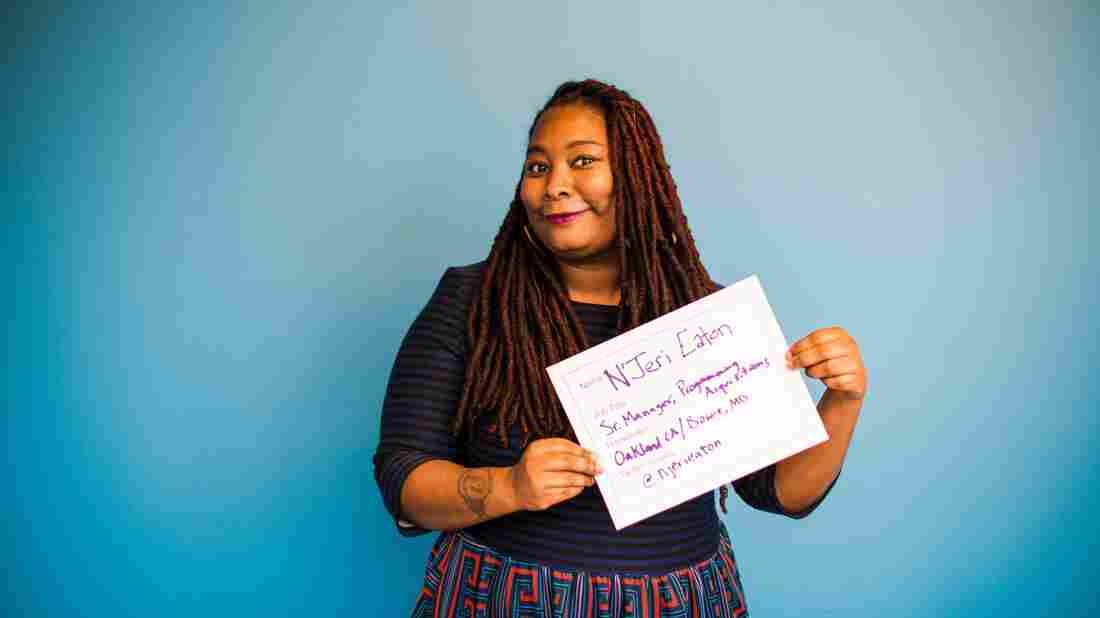 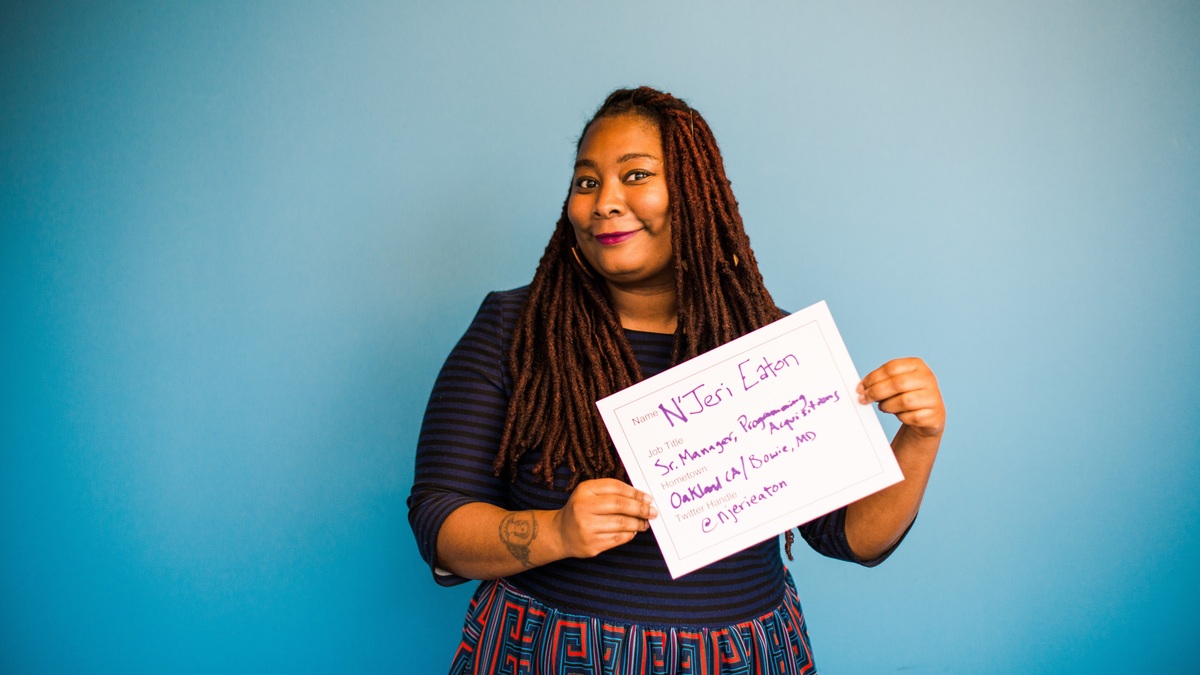 Faces Of NPR is a weekly feature that showcases the people behind NPR, from the voices you hear every day on the radio to the ones who work outside of the recording studio. You'll find out about what they do and what inspires them. This week's post features NPR's N'Jeri Eaton.

Where You're From: Many places but I lived in Oakland, CA the longest so I claim it as my home.

I was actually recommended for this job by Tasneem Raja, a former editor of Code Switch.

Before coming to NPR, I worked in public television. My previous job was as the content development manager for a documentary film funder. And while my experience was limited to public television, it actually wasn't that hard to transition into public radio. For a job like mine, you need to have a nose for strong content, be a good multitasker, and be unafraid to speak your mind. I've always been more interested in supporting multiple storytellers at a time rather than working on my own projects. So you have to be the kind of person who wants to stay out of the spotlight and champion the work of others. 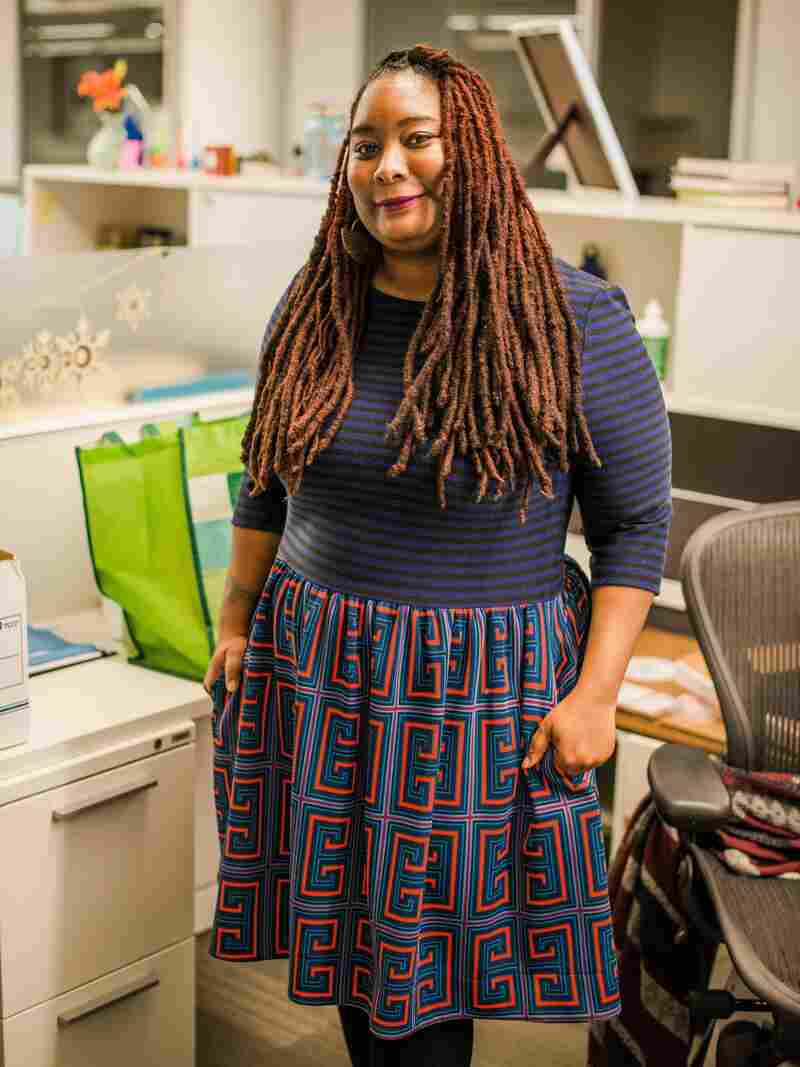 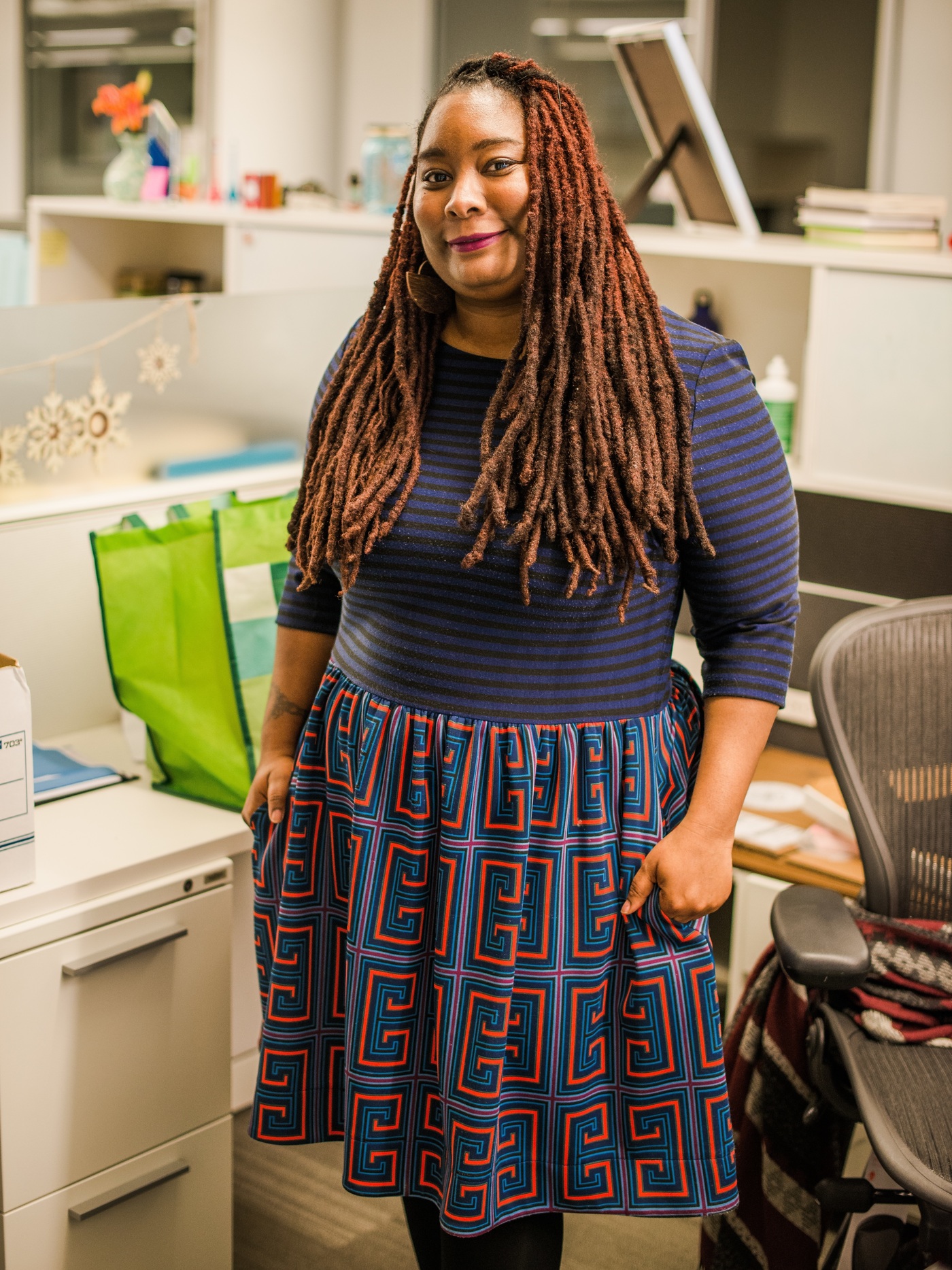 We heard you're involved with Story Lab. Can you tell us a little more about it?

The NPR Story Lab is a true creative studio with the goal of fostering experimentation and evolving the sound of public radio. We have folks representing News, Programming, NPR Training, Visuals, and NPR One on the team. This allows us to holistically look at the projects that are coming in—both internally and externally—and make decisions about how to make them stronger, what the right platform is, and how the projects fit with our priorities and content pipeline.

What are some cool things you're working on now?

I'm very lucky because I get to work on cool projects all of the time. I'm currently developing three podcast pilots and we're gearing up for the third Story Lab Workshop.

If you had your own podcast, what would it be about and why?

I would have a podcast where adult guests discuss their favorite books from childhood and then introduce them to the children in their lives. The books that I loved in childhood definitely helped to form my worldview and shaped my values in really unexpected ways. I think it could lead to some interesting discussions. 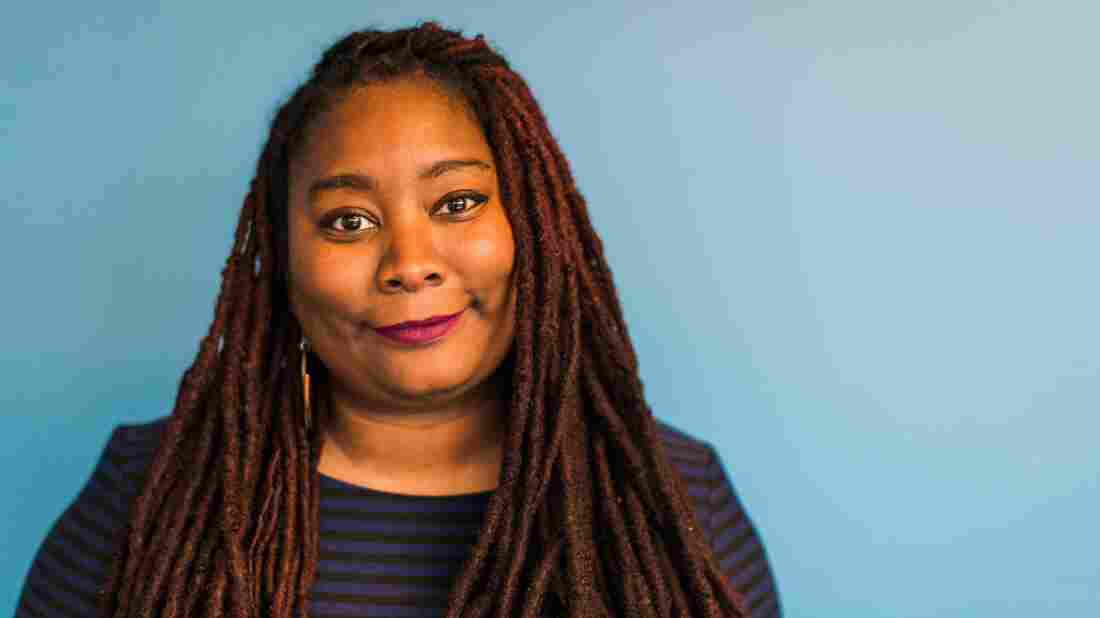 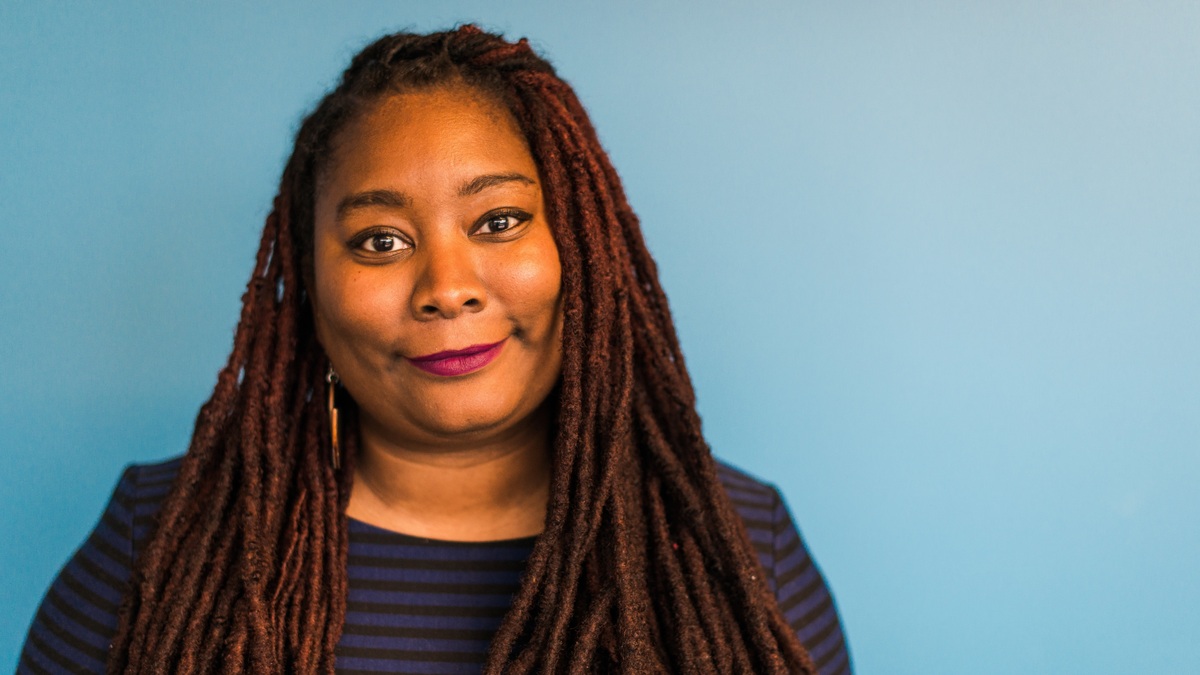 We hear you're going to NPR West! Why trade coasts?

Up until last year, I spent the last twelve years in Oakland, California. So I don't think about it as much as trading coasts, but as coming home. More importantly, the move will help to establish a Programming presence at NPR West. I hope that it leads to developing more projects with folks based in that office. And because Los Angeles is a hub of creativity, relocating there will help us as we continue to develop new entertainment shows.

Are there any places/things you'll miss the most about Washington D.C.?

I'll miss my family the most but second on that list is the National Gallery of Art East Building. 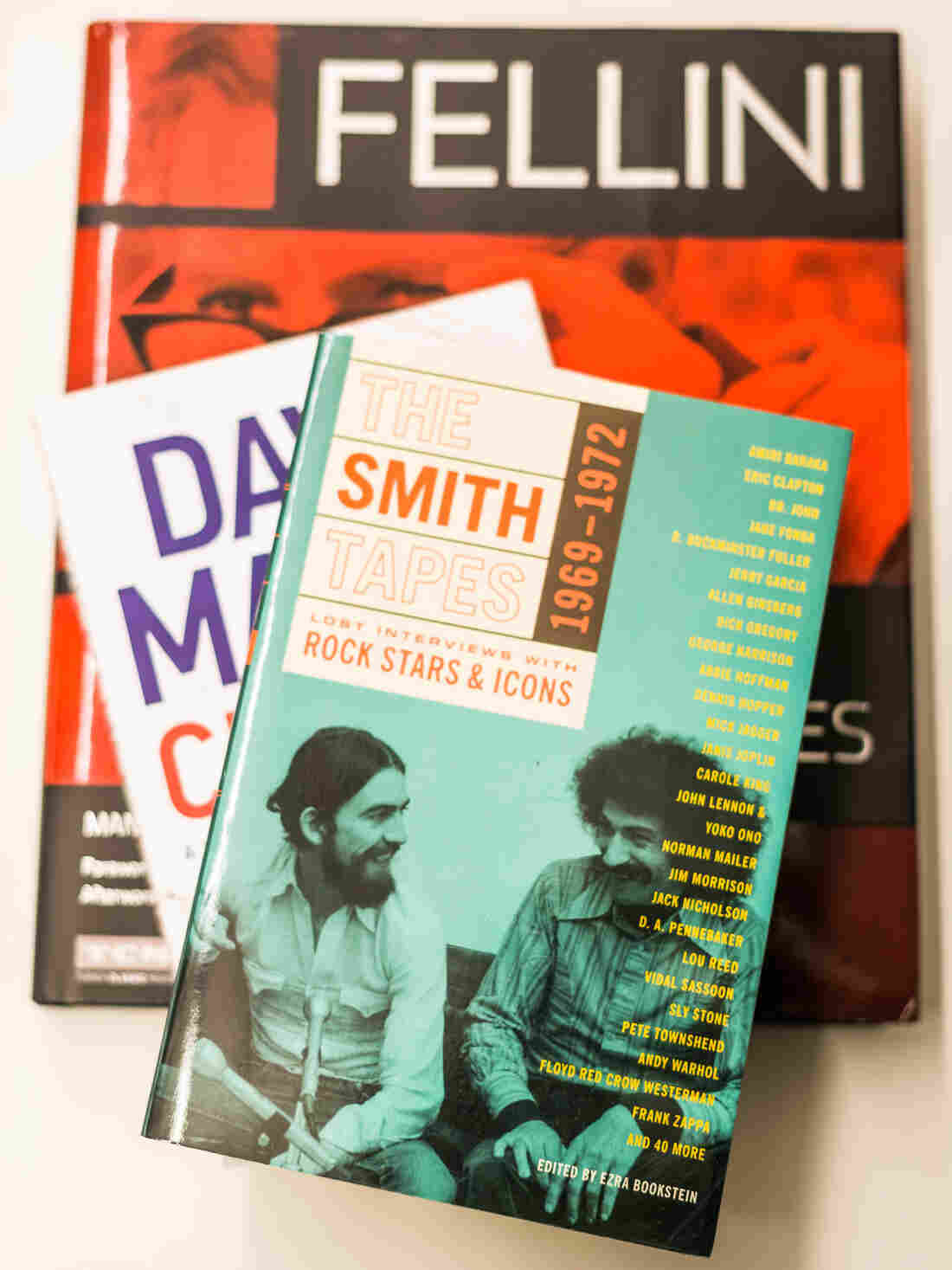 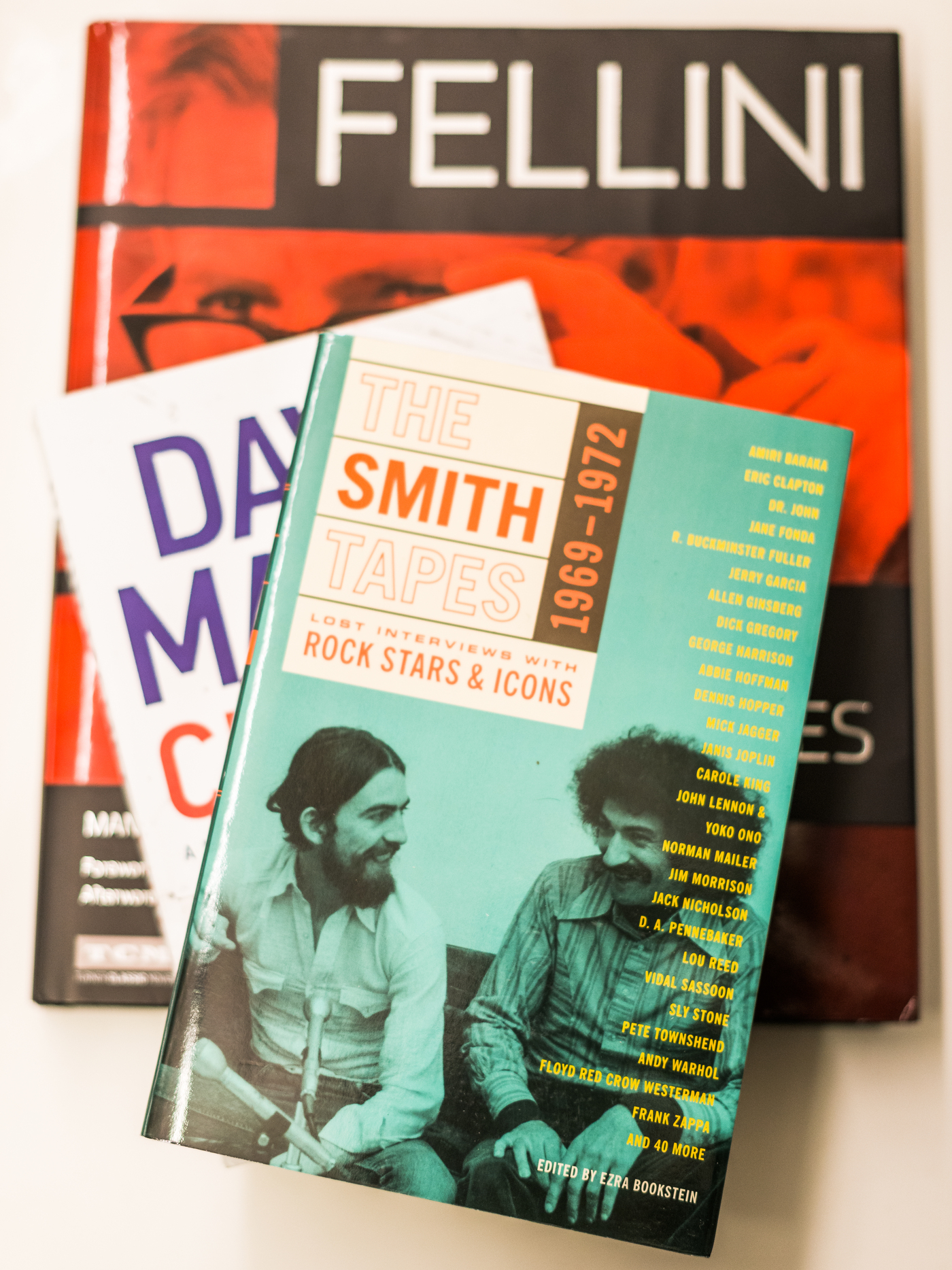 A Golden Gate Bridge snow globe (but it looks like Karl the Fog instead of snow), a framed picture of my dog godson, and a picture of a private beach in Greece that represents #VacationGoals. 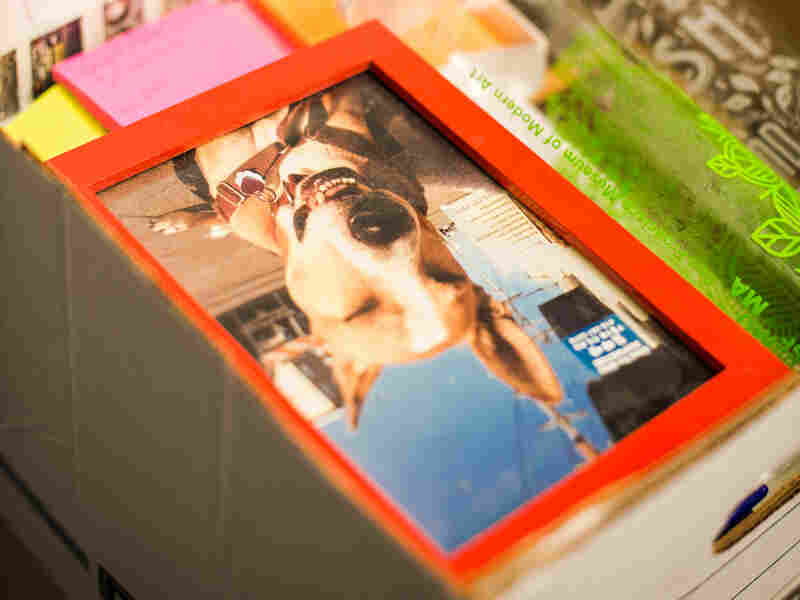 I check out what's for breakfast at Sound Bites Cafe to decide if I should ditch what I brought from home.

What is your favorite food?

Ramen. I could eat it every single day. And I make a pretty good pork broth too.

It's so hard to choose, but it would be a tie between Ibeyi (video coming soon) and William Bell.

Do you have a guilty pleasure?

Reality shows on Bravo, the Real Housewives franchises in particular. Don't judge me!

What is your favorite thing about working at NPR?

My colleagues are my favorite thing about NPR. I'm constantly amazed by how smart and dedicated everyone is here. It gives me bursts of optimism throughout the day. 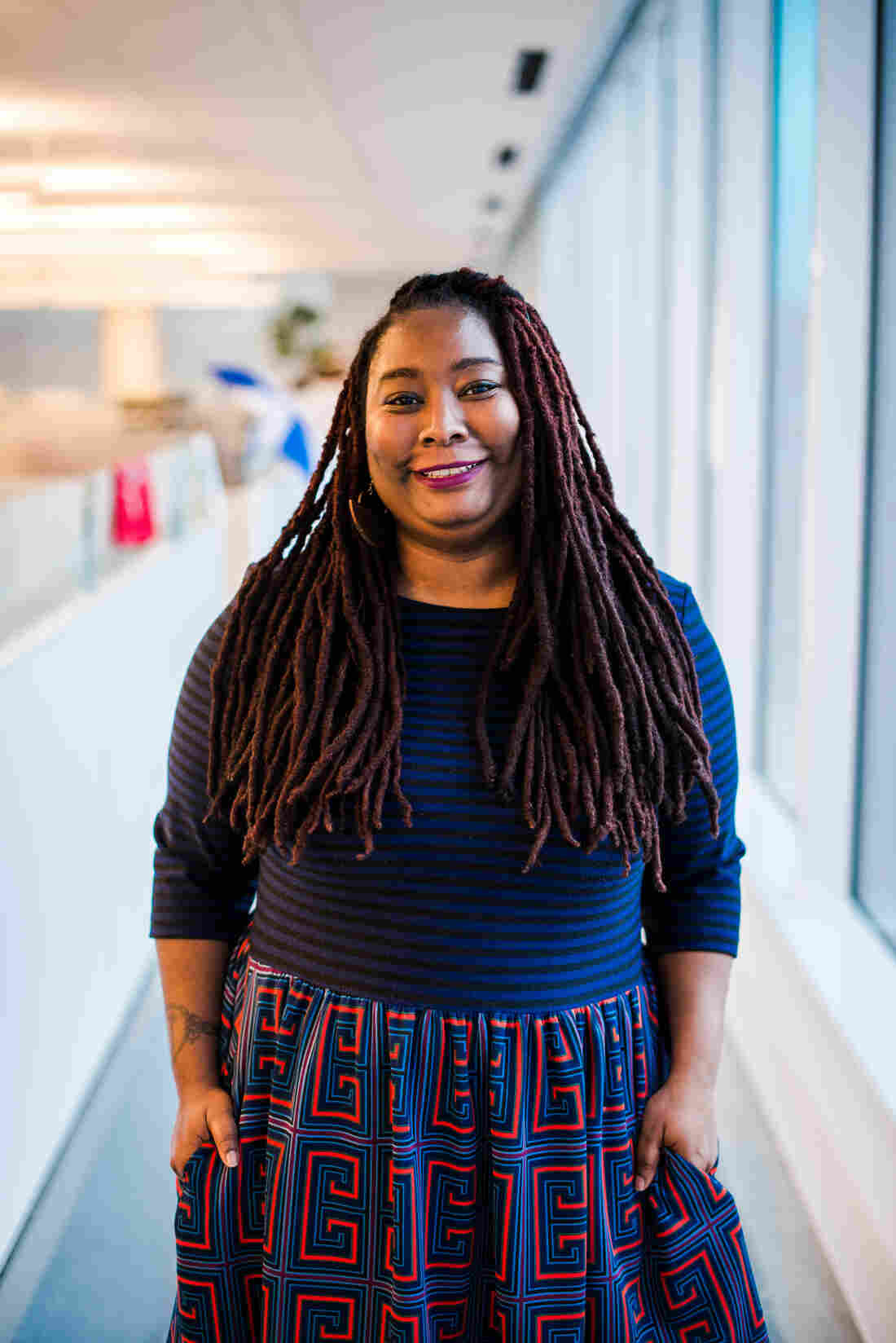 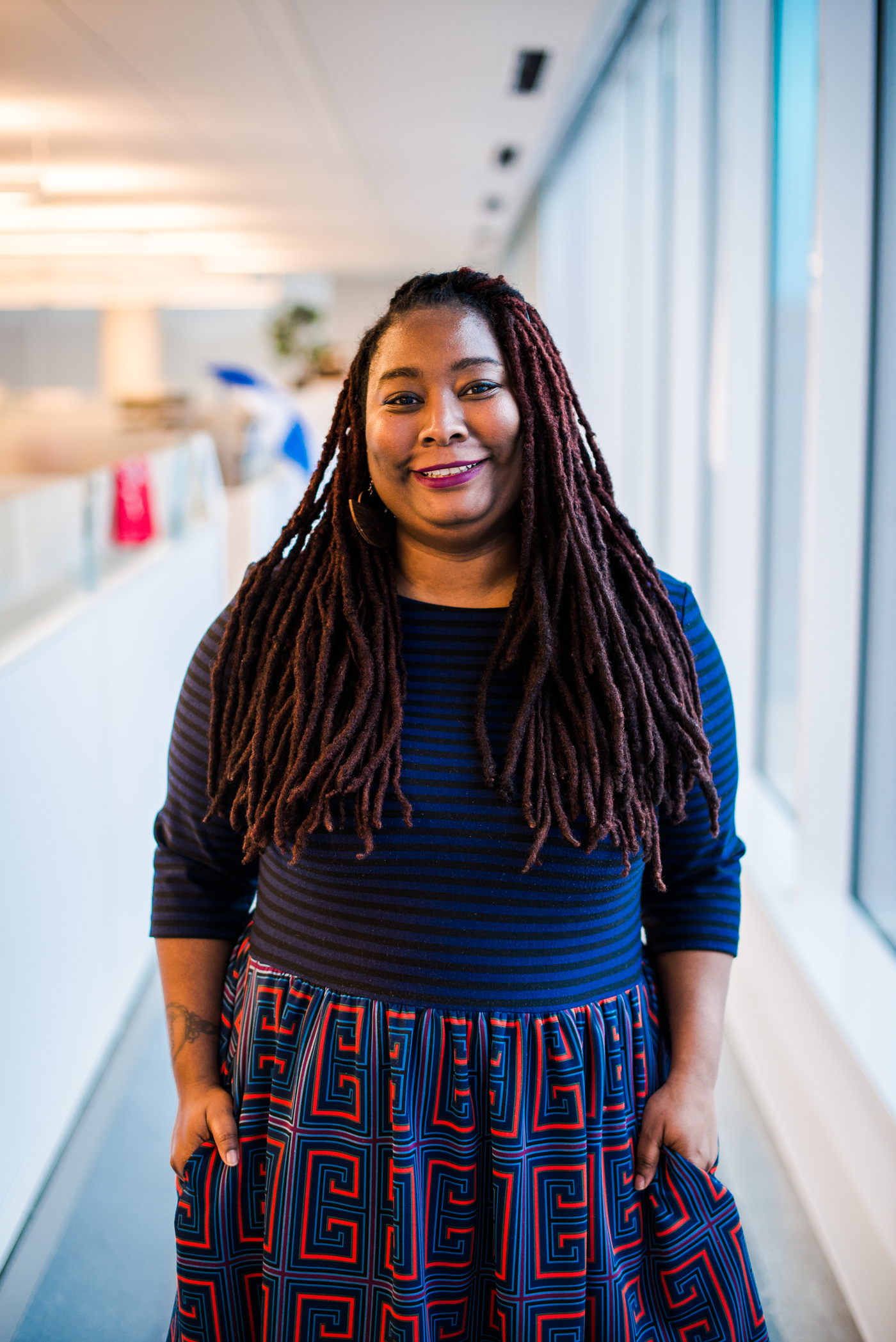