Behind the Stories features perspectives from the reporters, editors and producers who create NPR's content, offering insights into how and why they do what they do. For this post, we talked with Invisibilia producer Yowei Shaw about her work on the show and the episode "What Was Not Said?" 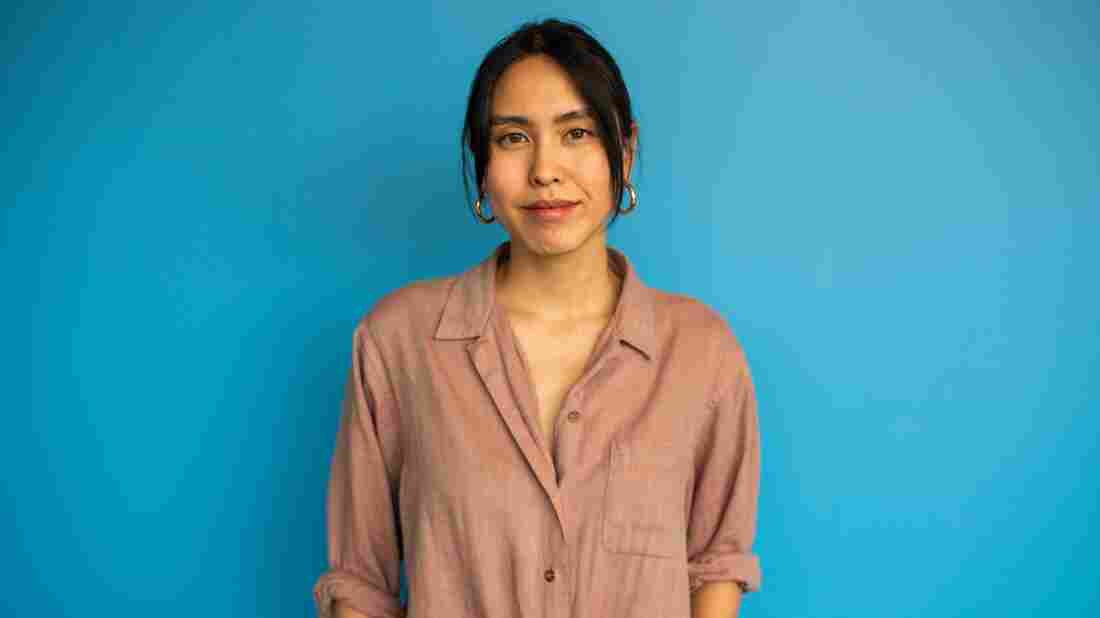 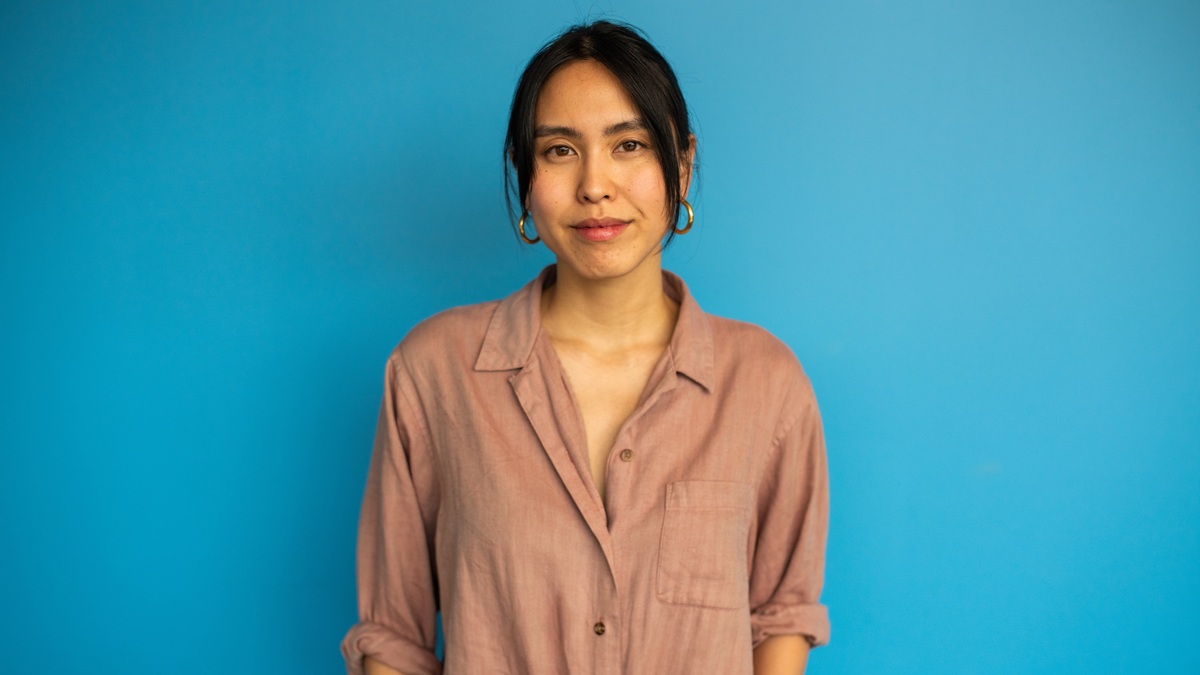 How did you end up as a producer for Invisibilia?I was freelancing in Philadelphia, doing all kinds of audio hustles: temping as a producer for Fresh Air, teaching community media and youth radio, making museum audio tours, reporting short features for public radio, even experimenting a bit in audio art—all to subsidize my real passion of longform.And I was slowly making about one documentary a year (for places like This American Life, The World, Studio 360) when Alix Spiegel emailed me out of the blue.

How long have you been with the show?

About two-and-a-half years now—I came after the first season, when the show was a few stories into the second. I was lucky enough to jump on the Invisibilia ship, when it already was a hit!

Well for one, it is absolutely okay to cry if you need to, and there is A LOT of processing of feelings.

No, in all seriousness, it has been amazing to work on a team where everyone is willing to pitch in and help each other, and you're encouraged to ask for help if you need it. I also think our makeup affects what kinds of stories we are interested in and how we approach them. For example, we explicitly track for emotion and mood when we conduct interviews and build our stories.

And I think we approach pitching differently than other shows. Rather than it being a cut-throat yay or nay to pitches, we try to figure out what exactly people are interested in and work collaboratively to think of surprising ways of making the story work.

What makes producing Invisibilia unique from producing other shows?

I would say three main things. Part of the ethos of our show is to be experimental, to cut against ourselves, to question the tricks we rely on. Nothing makes Alix and Hanna Rosin happier than coming up with a totally new way of doing something (for us).

We also allow different styles to shine on the show, both in writing and in sound design/scoring. There is no unified "Invisibilia" sound, or at least, not yet, and that's been intentional.

And finally, we have much more time than other shows to really polish our stories, to the point where I feel like we're making artisanal hand-crafted radio (straight from the cubicles and dark rooms of NPR). It's almost like we're putting out a record each season. Every decision is thought out to the nth degree and many late nights, sweat, and tears have gone into making the thing.

How did you or the team find the story that's featured in "What Was Not Said?"

On a trip to visit my grandma in Taiwan, I was having breakfast with my mom and her high school girl gang, when someone started gossiping about how the husband of their high school classmate had written this essay about a spy becoming a surrogate son to his mom. Naturally, I was like, "TELL ME EVERYTHING." And I quickly got hooked up with Peter Wang, who introduced me to his brother CC. (Thanks mom!)

Your search for answers on Mr. Zhu's identity eventually took you abroad. What were some of the challenges of reporting in Taiwan?

So many challenges. I mean, trying to track down information about spies is a difficult task, period. People generally don't want to have anything to do with that period of history, and I think there's a sense that we've moved on, and the past is the past. Also, the government is very early in the process of releasing records from martial law, and there were many agencies that conducted surveillance during that time, some of which have folded by now. There's no guarantee that the government even kept track of all the surveillance records it collected.

Taiwan today also has very strict privacy laws, so it's difficult to track down people. You pretty much have to rely on social media, googling and leads from people!

And finally, language was obviously an issue, but I was lucky to work with a very experienced and resourceful investigative reporter during my time there.

There's a moment in the episode where your main source, CC, mentions you interviewed him for seven hours in a single day. How many hours did you spend interviewing him in total? And how do you condense that volume of audio into a 48-minute episode?

I was very, very lucky to get that in-person interview with CC. He was having health problems at the time, and also just not sure whether he wanted to participate. But he finally said yes, and I immediately booked a ticket to San Francisco to see him. I probably interviewed him for a total of 10 hours on tape, but I also talked to him several times on the phone. If CC were in better health, I probably would have tried to interview him for much much longer, but I had to keep it pretty snappy (if you can believe that).

It actually wasn't a problem to cut down his tape because the best moments were immediately obvious to me. I was almost worried I didn't have everything I needed.

CC passed away before the story aired. Did that affect the way you finished the piece?

CC passed away pretty soon after I interviewed him, which was such a shock and tragedy. But I think the main reason why we decided to start and end with his relationship with his daughter Charlotte is because we weren't able to talk to CC's mom, and so the different endings I'd written without Charlotte just felt emotionally and intellectually unsatisfying. It wasn't until pretty late in the game that I remembered this tape I had of CC processing his relationship with Charlotte and thought to interview her about it.

How do you think he would have reacted to hearing the episode?

I really have no idea, and it's one of my biggest regrets about the story. It's such a weird feeling, reporting an entire documentary about someone, and then for that person to not have heard it.

How did listeners react to the episode?

I was surprised by the response. I wondered if anyone would be interested in this period of Taiwan's history, if people would be unsatisfied with the fact that we couldn't talk with two of the main characters in the story. (Which I know did bother some people.) But the story did seem to touch some people who related to the dynamic between CC and his mom. I got several emails from people who even said the story moved them to say something to a loved one.

We know the Reddit community, in particular, loves dissecting the show. What is it about Invisibilia's storytelling that encourages listeners not just to listen to the content but to engage with it through community conversation?

With our stories, we're generally trying to help people see the water they're swimming in and challenging them to reconceptualize their world. Which, of course, can be an unsettling experience... So it makes sense to me that after listening, people would want to process and hash it out with other people.