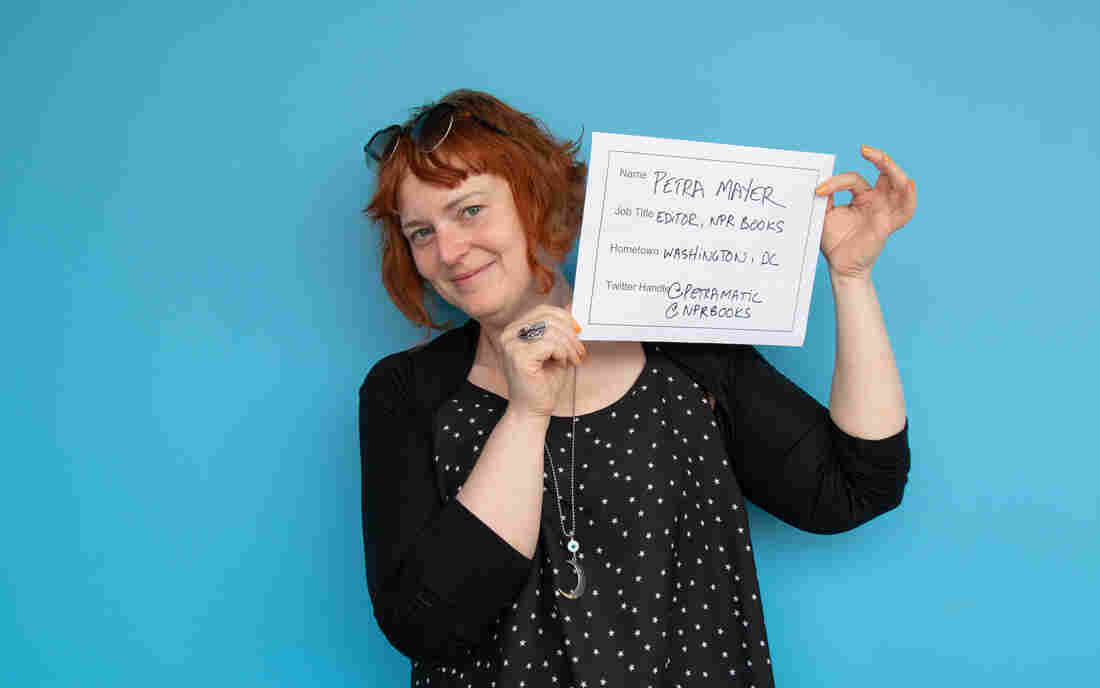 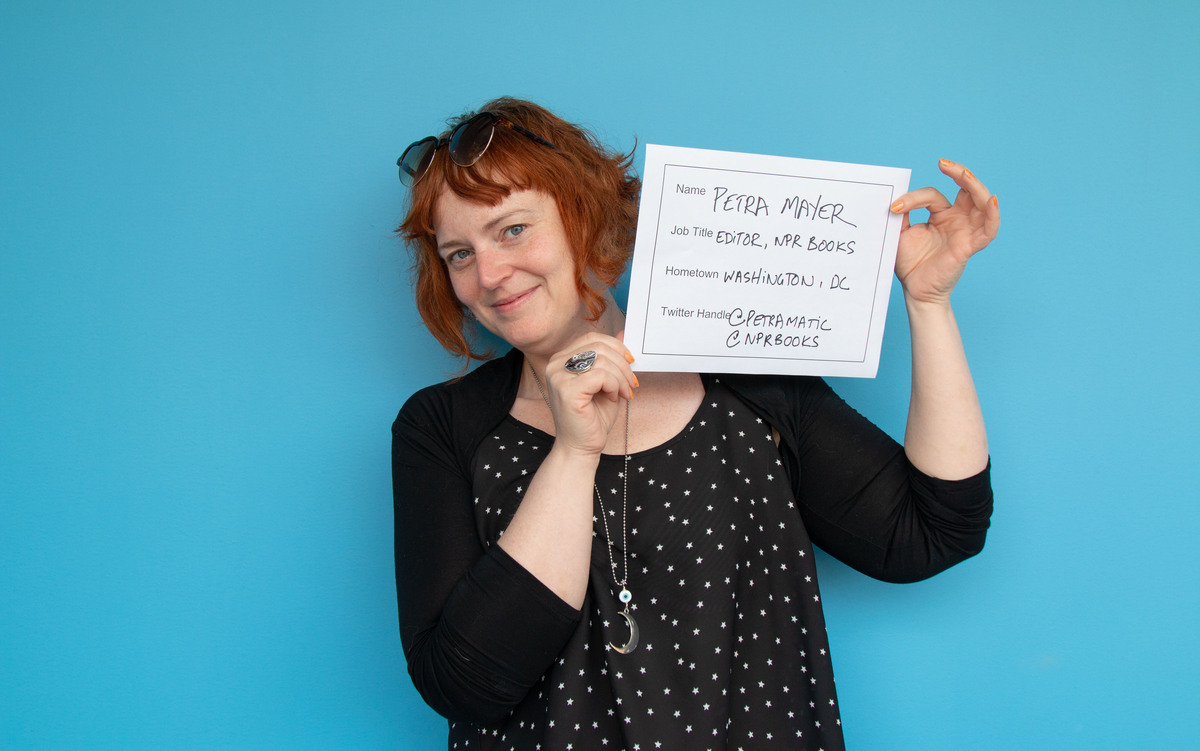 Faces Of NPR is a weekly feature that showcases the people behind NPR, from the voices you hear every day on the radio to the ones who work outside of the recording studio. You'll find out about what they do and what they're inspired by on the daily. This week's post features NPR Books Editor Petra Mayer.

Where You're From: DC native, baby

You're an editor at NPR Books. What does that mean?

I edit fiction book reviews for npr.org, run our social media feeds and our epic summer reader polls, help put together the annual Book Concierge and do occasional reporting on books, authors and pop culture. I particularly focus on genre fiction — sci fi, fantasy, romance, mysteries, thrillers, comics. If it's fun and nerdy, I'm all about it.

Oof, that's an interesting question, because I've had sort of a wandering career path. I started at NPR in 1994 as an engineering services assistant, soldering audio cables, cleaning pinch rollers on reel-to-reel machines (okay, it was a long time ago!) and rewiring the PA system in our old building. Then I went to a Member station for a while, then to journalism school, then another job, and eventually pestered my way back into NPR as a production assistant on Weekend Edition Saturday. If I had to give advice, I'd say be persistent, get some real-world experience before you come here, and try to learn as much on your own as you can — there are people here with unbelievably vast reservoirs of knowledge about EVERYTHING.

What are some cool things you've worked on?

The NPR Book Concierge! It's our answer to year-end best-of lists: A giant matrix of hundreds of books, recommended by our staffers and critics, all searchable by fun stacking tags. Want a book for your book club that's reasonably short, funny, and features a female protagonist? Or a geeky sci-fi book about food? We've got you covered! Here's the most recent edition. 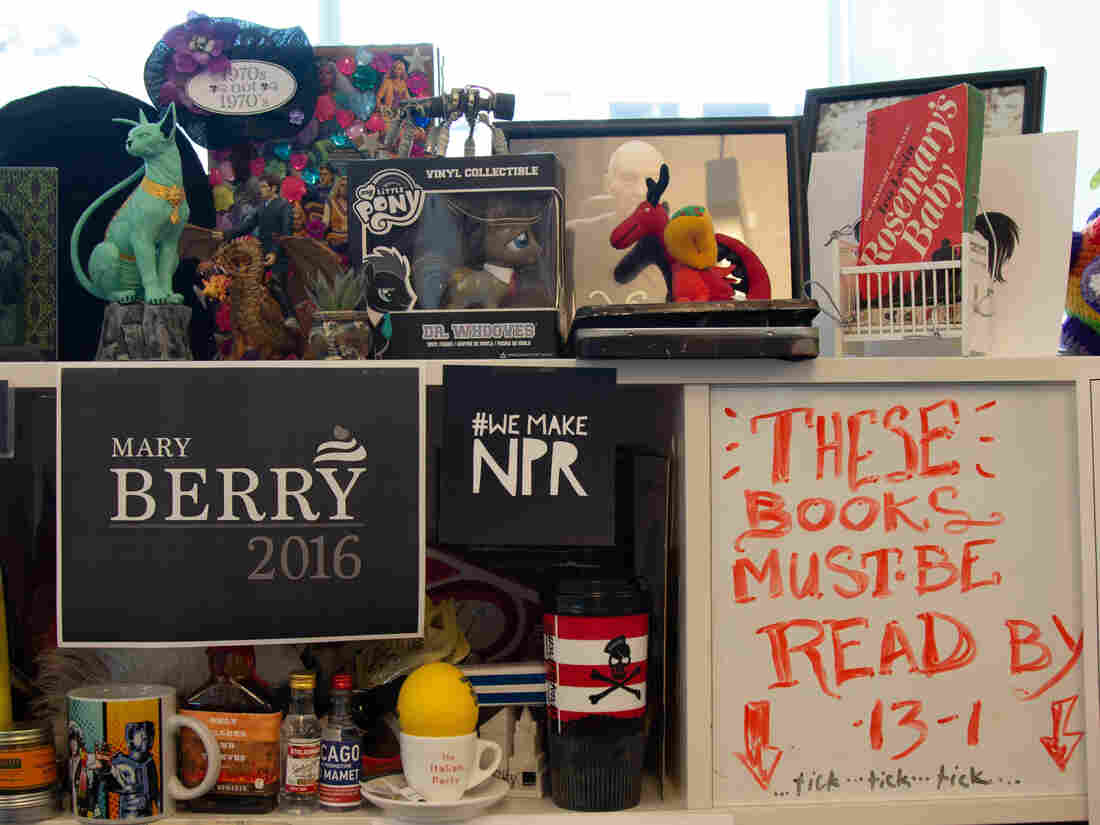 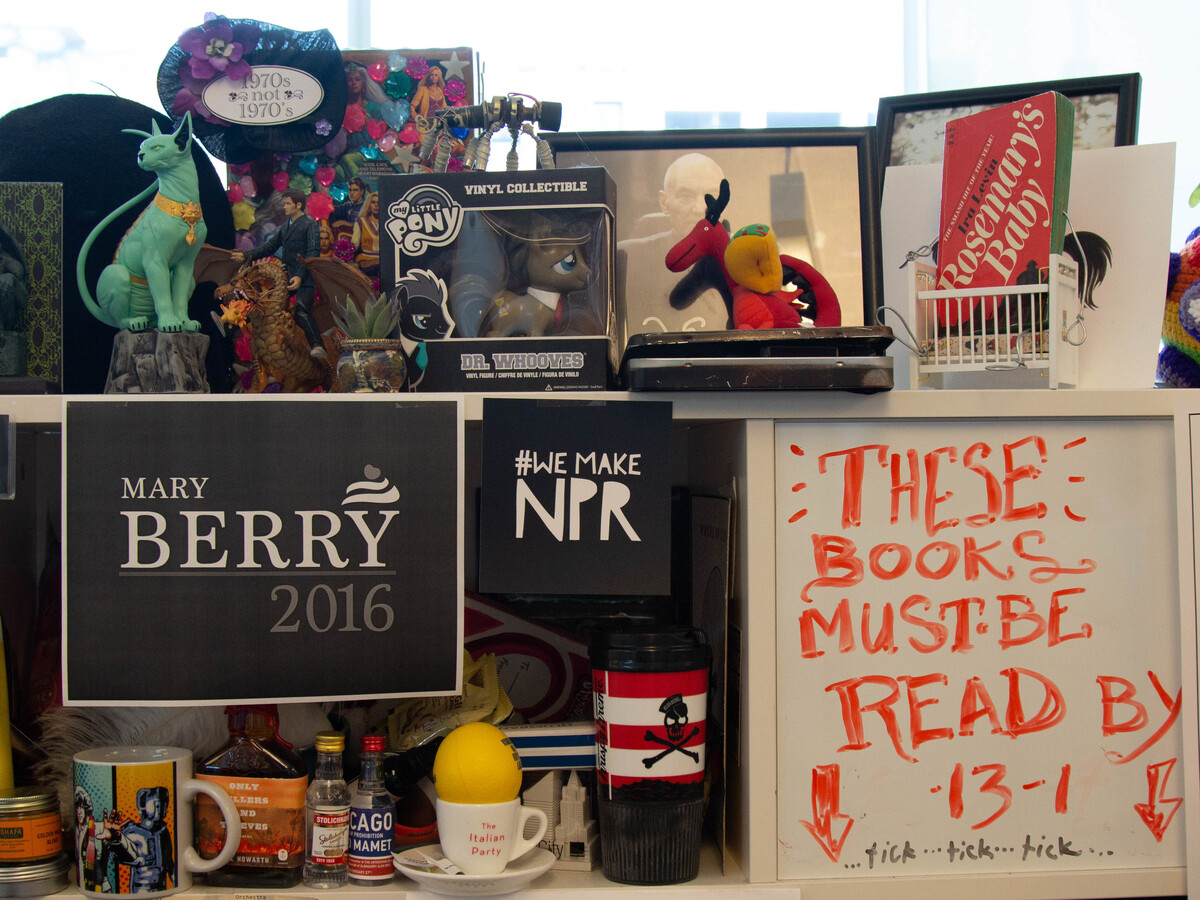 Petra's desk on the fourth floor.

Mountains of books, a statue of Lying Cat from the comic Saga, an action figure of the Tenth Doctor, a vintage photo of Buster Keaton, an autographed picture of Patrick Stewart (he loves NPR!) and another of Michelle Visage, and an ample supply of cinnamon gum. Oh, and a really sickly philodendron that's probably older than you are, if you're an intern this summer.

1984, all the way. I like to say it's the book that made me a nerd — I've told this story before, but I was nine years old in the summer of 1984, and my dad handed me his old college copy of the book and said, "Here, I think you're ready to read this." (My dad is pretty great. Weird, but great.) I'm sure I'd read SOME fantasy and sci fi at that point, but that was the first time I can remember it, and definitely the first time I'd encountered dystopia. I was hooked, and started reading all the dystopia I could get my hands on, and the rest is history.

Book you are most excited for this summer?

Spinning Silver, by Naomi Novik! She's one of my very favorite authors — and also an incredibly interesting figure in her own right. She got her start writing Patrick O'Brian fan fiction and eventually helped found the Organization for Transformative Works, which is a nonprofit that supports fan fiction and runs Archive of Our Own, a major fan fiction site. Her O'Brian fic eventually evolved into the Temeraire series, which is basically the Napoleonic Wars with dragons, and my god those books are so good that I keep actual paper copies so I can lend them out — but lately she's been doing fairy tale reworkings. Uprooted, which came out in 2015, was a take on Beauty and the Beast, and it was my favorite book of that year by far, so I cannot WAIT for Spinning Silver, which is her version of Rumpelstiltskin.

Cool upcoming project that you can talk about? 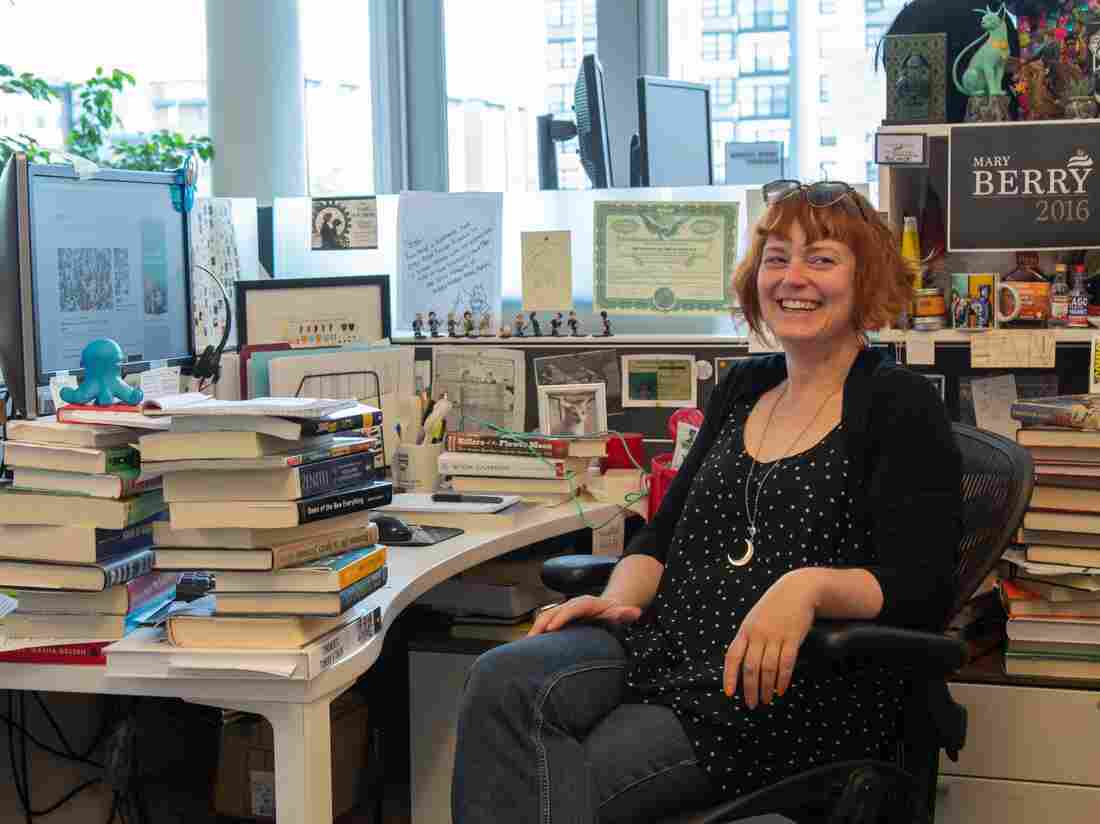 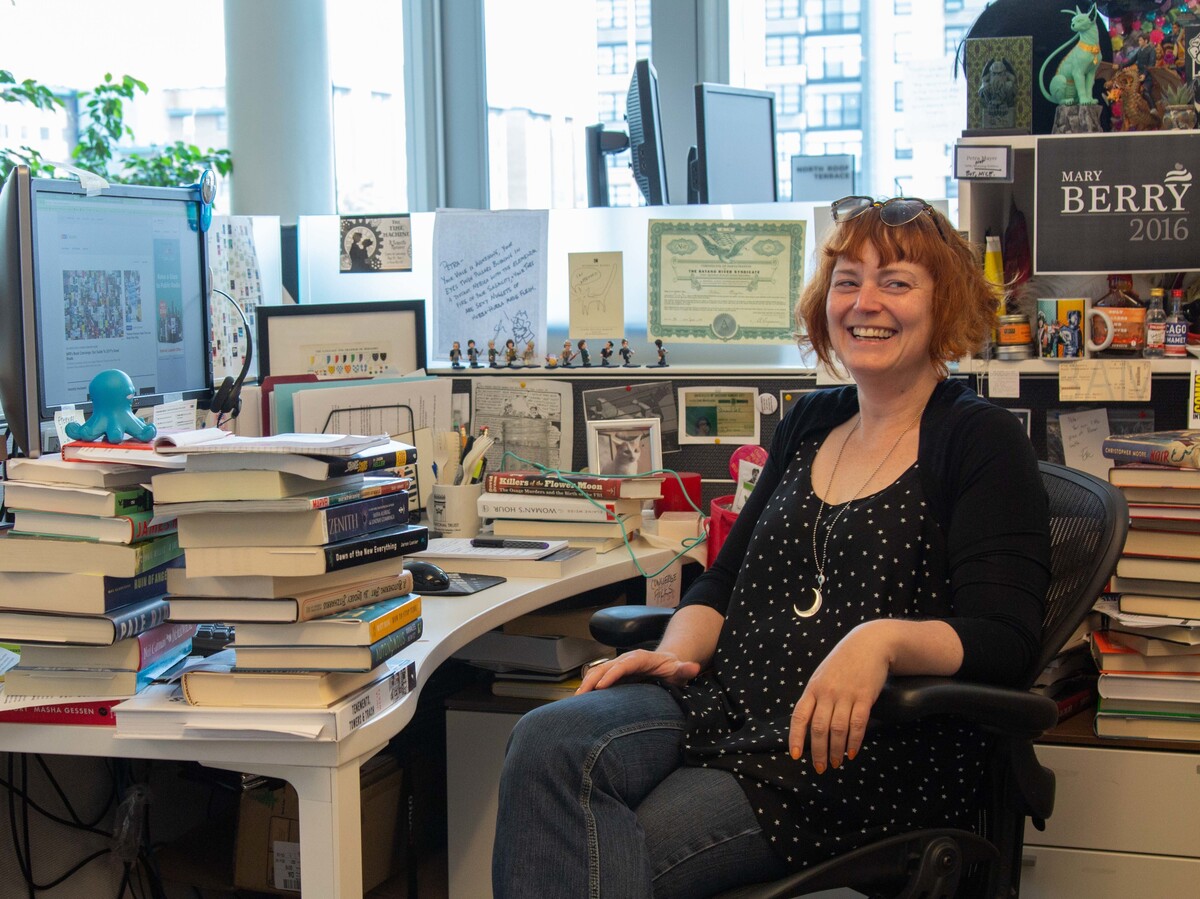 This year's summer reader poll is horror, in honor of the 200th anniversary of Frankenstein, and I'm SO excited about it. Our reader polls aren't actually straight-up polls; we combine reader votes with input from a panel of expert judges to create a curated final list of 100 books that will hopefully cover people's favorites but also add a cool element of discovery. And this year's judges are so great: Ruthanna Emrys, Stephen Graham Jones, Grady Hendrix and Tananarive Due. You can start voting for your favorite horror novels and short stories on June 12 at npr.org/summerscares, and the final list will be done in early August.

Rock Creek Park. How can you not love a city with a giant green forest running right through the middle of it? When I was a kid, a lot of my best friends lived on the other side of the park from me, so being good little baby nerds, we nicknamed it "Between," after that liminal space in Anne McCaffrey's Dragonriders of Pern books that dragons pass through when they jump instantaneously from one place to the next. (Also, shout out to Mt. Pleasant, where I grew up — it's not the same place now that it was when I was shoveling people's front walks in winter and blowing the money on cupcakes at Heller's Bakery, but it will always be part of my heart.)