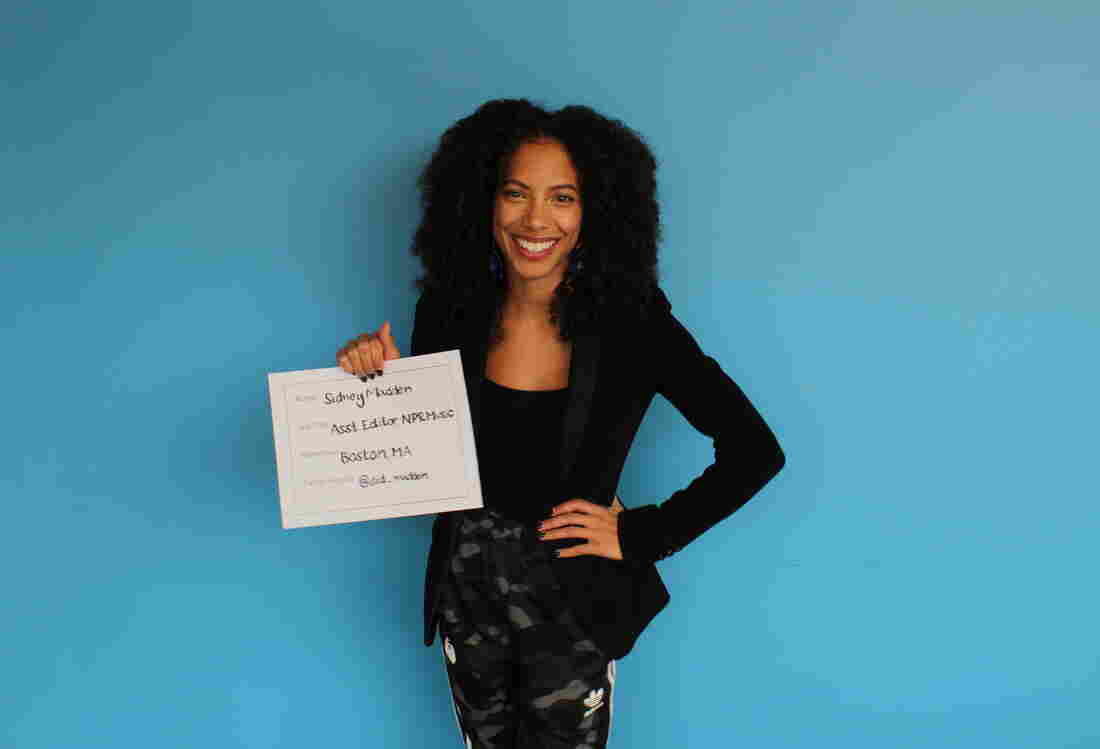 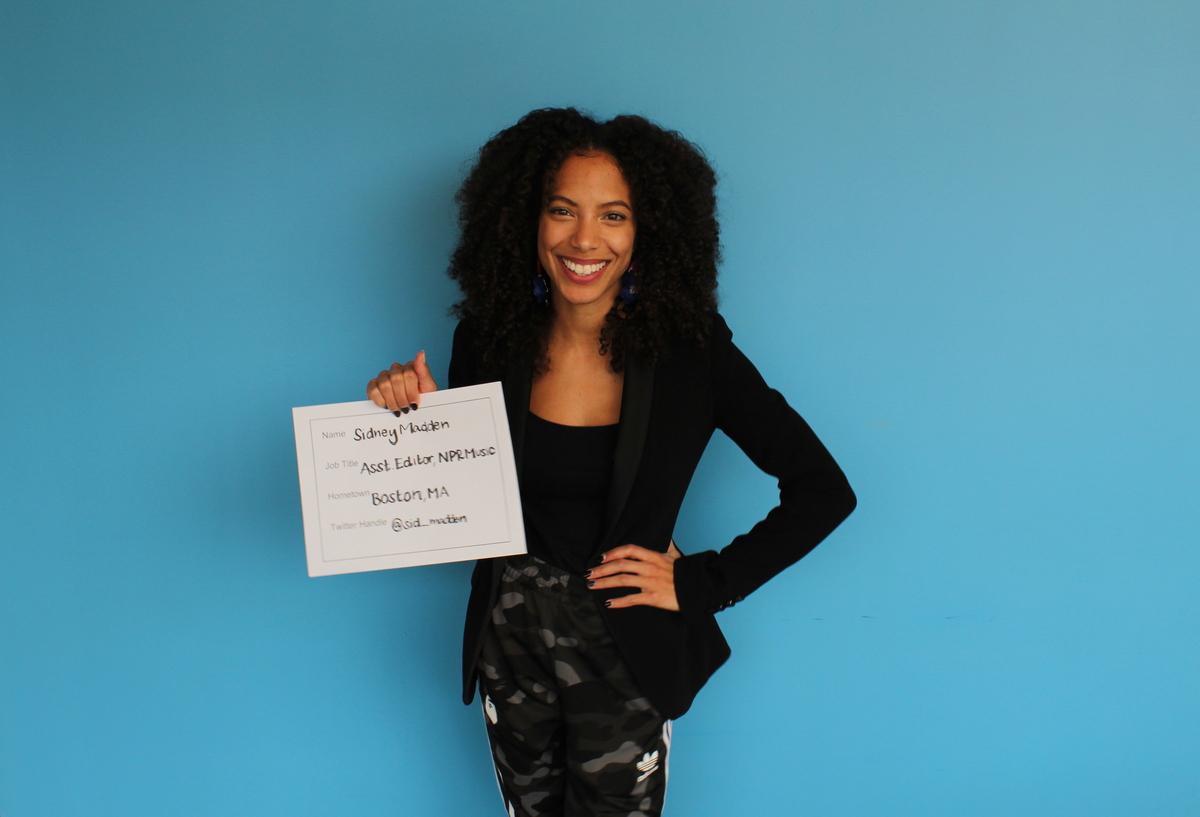 Faces Of NPR is a weekly feature that showcases the people behind NPR, from the voices you hear every day on the radio to the ones who work outside of the recording studio. You'll find out about what they do and what they're inspired by on the daily. This week's post features Sidney Madden, an Assistant Editor with NPR Music.

Where You're From: Boston, MA

You're an Assistant Editor for the Music Department here at NPR. What does that mean? What does your day-to-day look like?

I never have the same day twice, which can be a blessing and a curse, depending on how you look at it.

My duties include checking the rundown/show boards for any music-related news that may require digital build outs. I reach out to the necessary producers to collaborate on a build. At the same time, I keep an eye on breaking music news that I can assist our news editor with—anything from an album announcement to major industry shake-up to a death. I also help edit member station content from KCRW, WXPN and more. Through keeping an eye and an ear on the music industry, I also identify patterns that allow me to pitch and pursue overarching features for NPR Music. And when invited, I lend my voice to All Songs Considered or even one of the news magazines to discuss music news.

If I am producing a Tiny Desk concert that day, most of my morning is dedicated to shepherding the band/artist into the building, letting them soundcheck and perform, and then making sure they eat before leaving. For NPR staffers, Tiny Desks are a nice, 15-minute break in the day, but if you're producing one, it's weeks (and sometimes months) of coordination. All for the love of music!

I started here in October 2017 after moving to Washington, DC, from New York City. Before working at NPR, I worked in mostly print and digital media.

It was a big transition for me going from a print and online publication to a huge multi-platform, multimedia outlet—especially one with a legacy like NPR's and 40 years of credibility.

I was very excited to join the Music team and work with people whose voices I'd heard for years and whose bylines I'd eyed in admiration.

As for advice: You can talk yourself up as much as you want, but your work will speak for itself. If you have a criticism on a piece of art or artist, put your pen to paper and write down your thoughts. Write as much as possible. Keep a blog. If you've got an idea you want to share with the world, don't wait for someone to ask you to write it somewhere with a prestigious title—just get your thoughts out there.

And to become a better writer, become an avid reader. 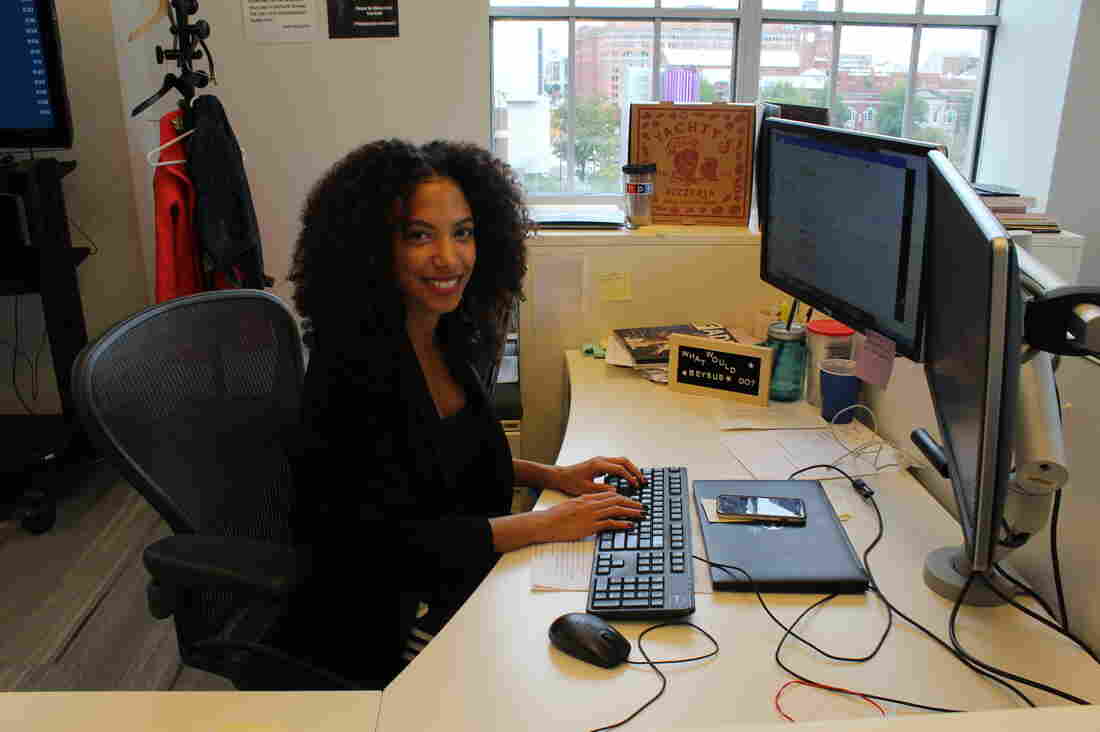 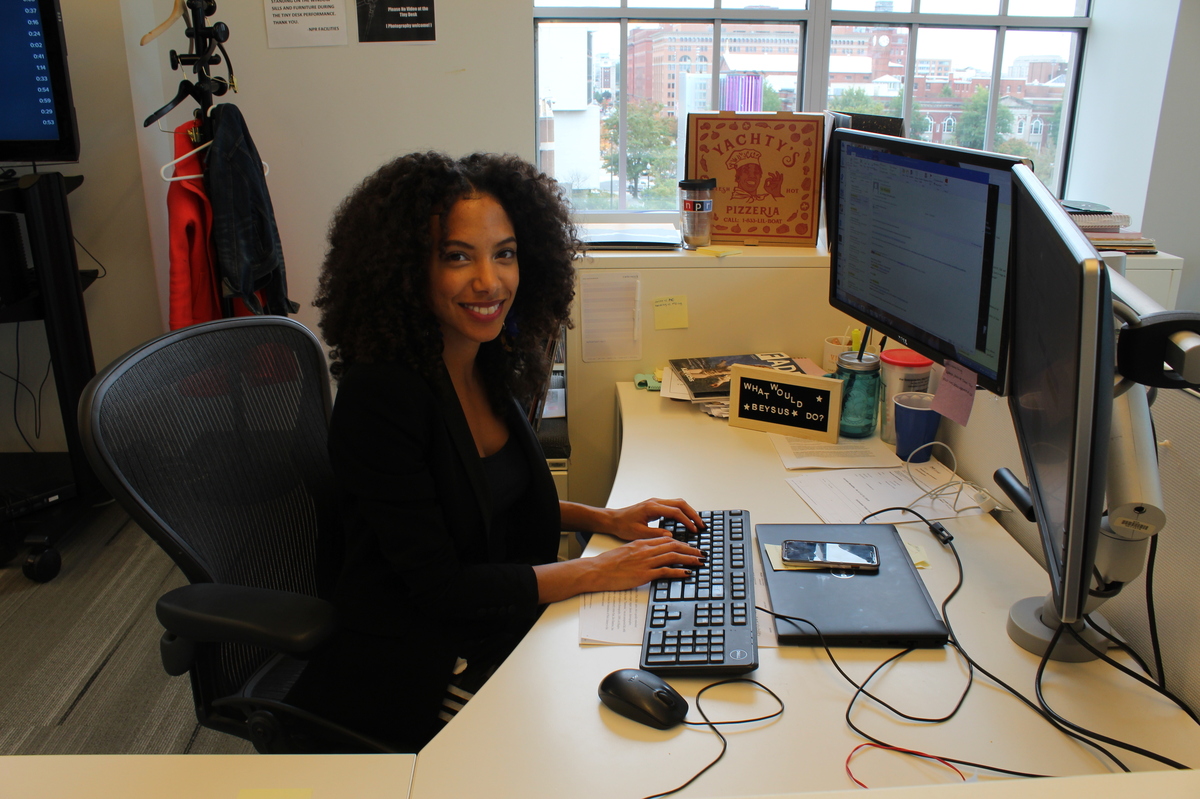 What are some projects you're most proud of that you've worked on?

Assisting on Turning the Tables 2018, dissecting the marketing genius of Cardi B, covering the scope of black women artists at Coachella 2018 (a.k.a. "Beychella"), facilitating and collaborating on music interview on NPR programs, and my Tiny Desk bookings so far.

Since you work in the Music department you get to work closely with the artists who play Tiny Desks here—do you have a favorite artist who you have booked?

I think the favorite artist I've booked so far is Jorja Smith because beyond being very talented, she and her band were so gracious and down to earth. It's always nice when artists that you enjoy and respect turn out to also be decent human beings, too. 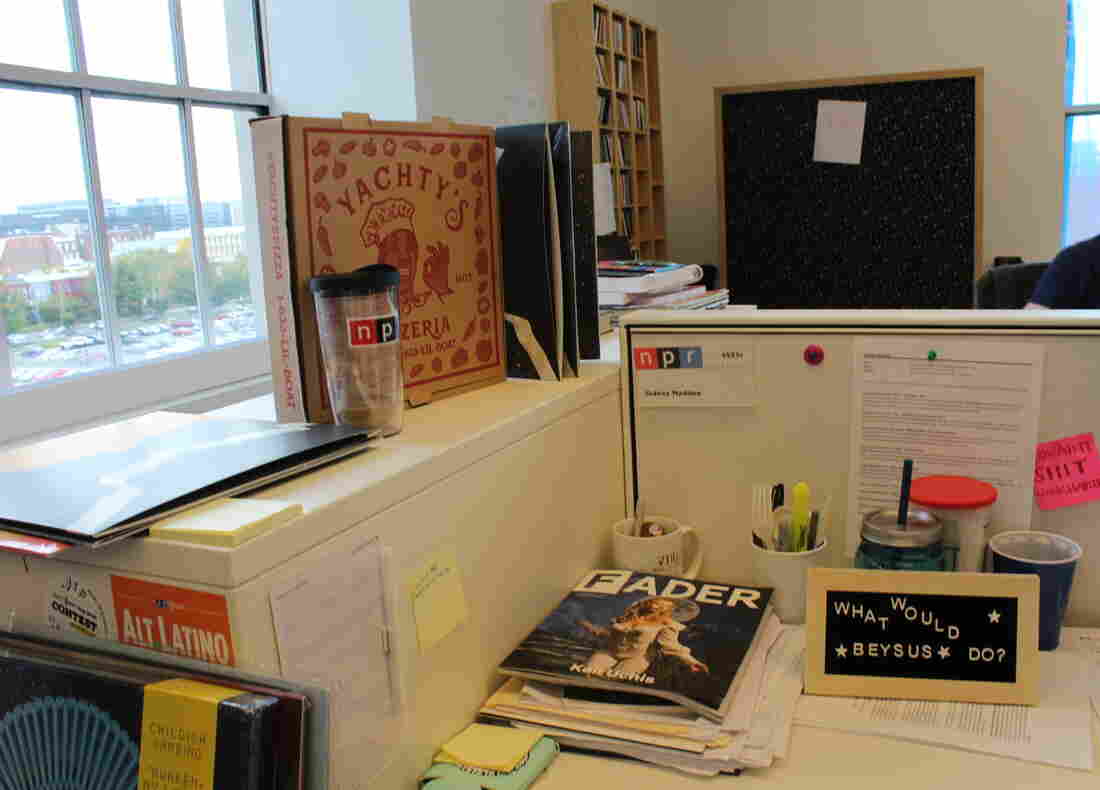 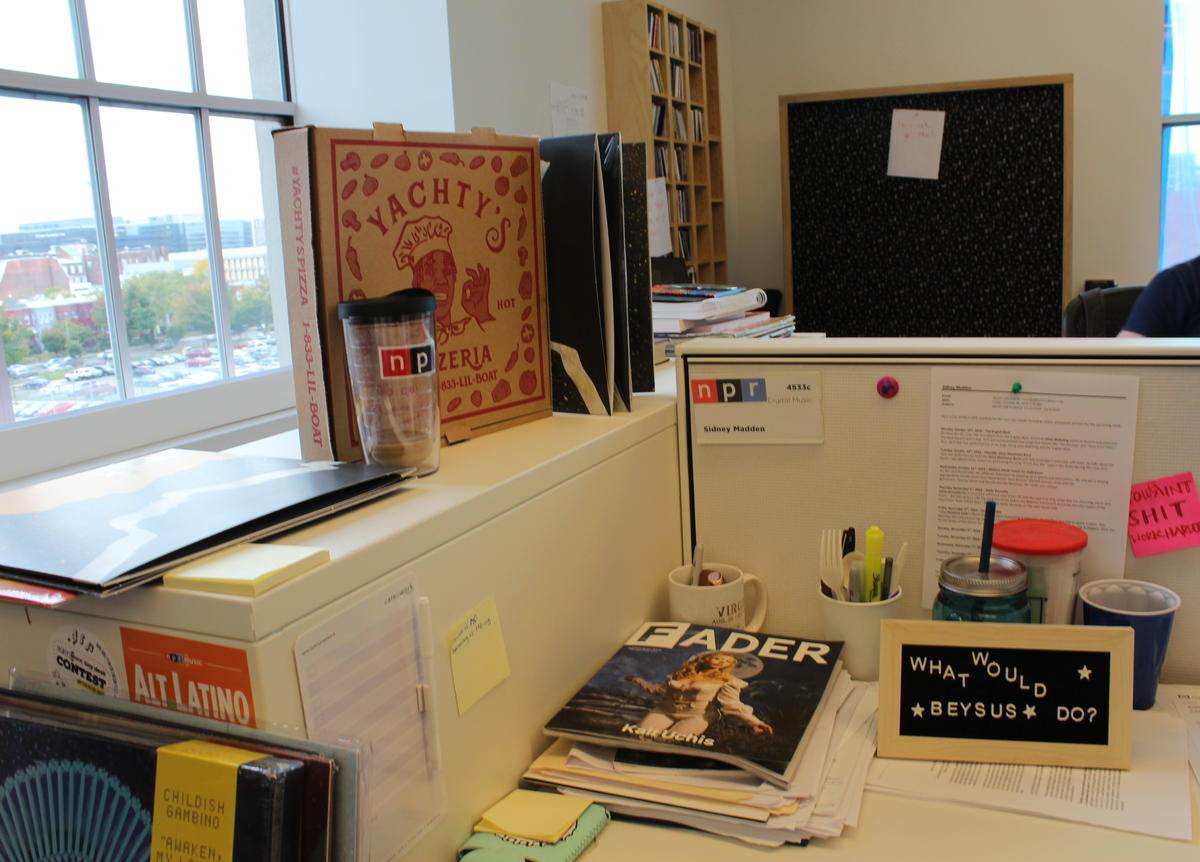 I think it's a tie between Tyler, The Creator's and T-Pain's ... but that could change in a week.

I love that I don't feel like we're at the mercy of an advertiser to put out certain "content." I can instead dig my teeth into thinking up and executing honest, meaty, conversation-starting pieces of music journalism. 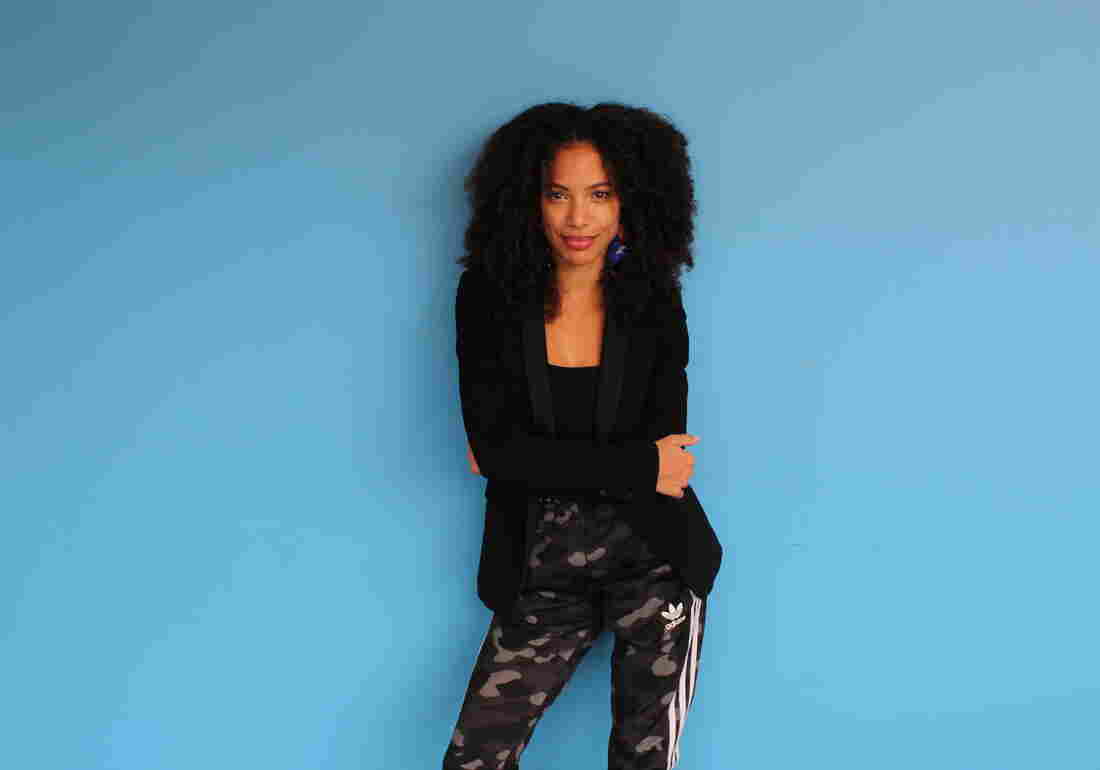 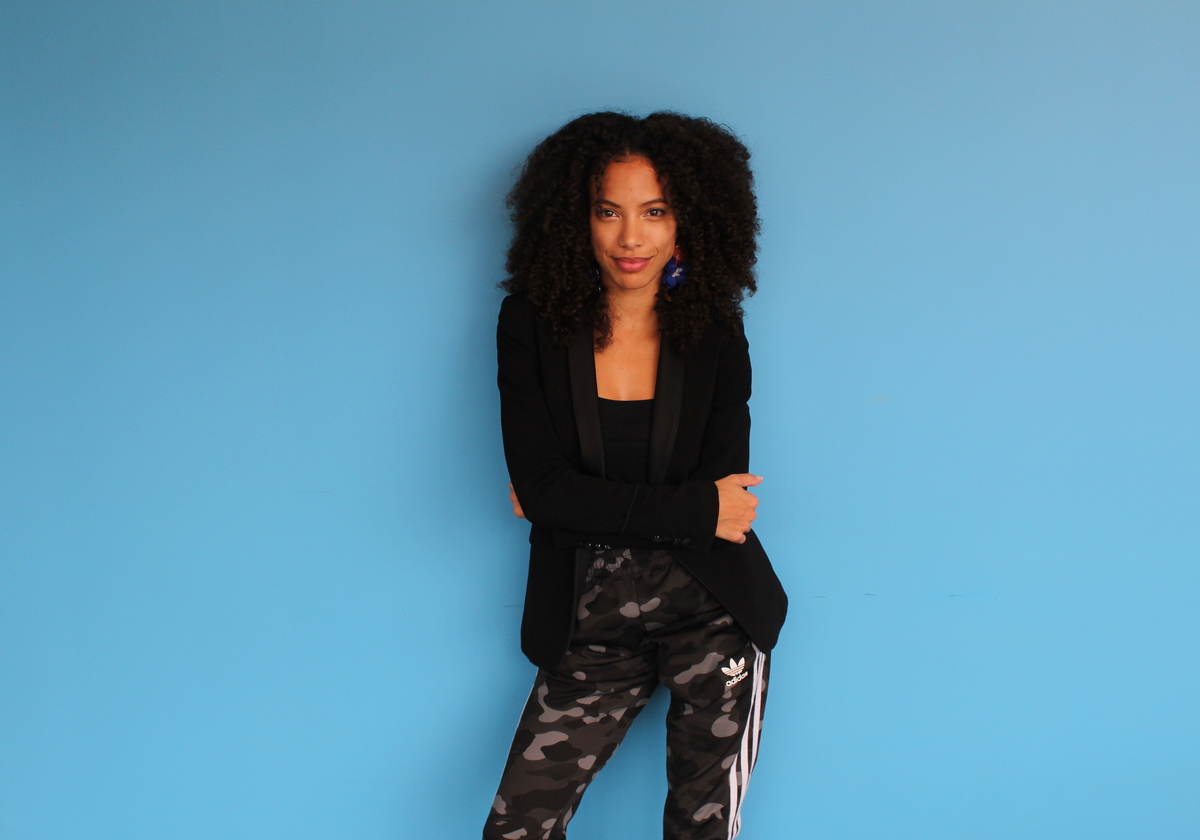