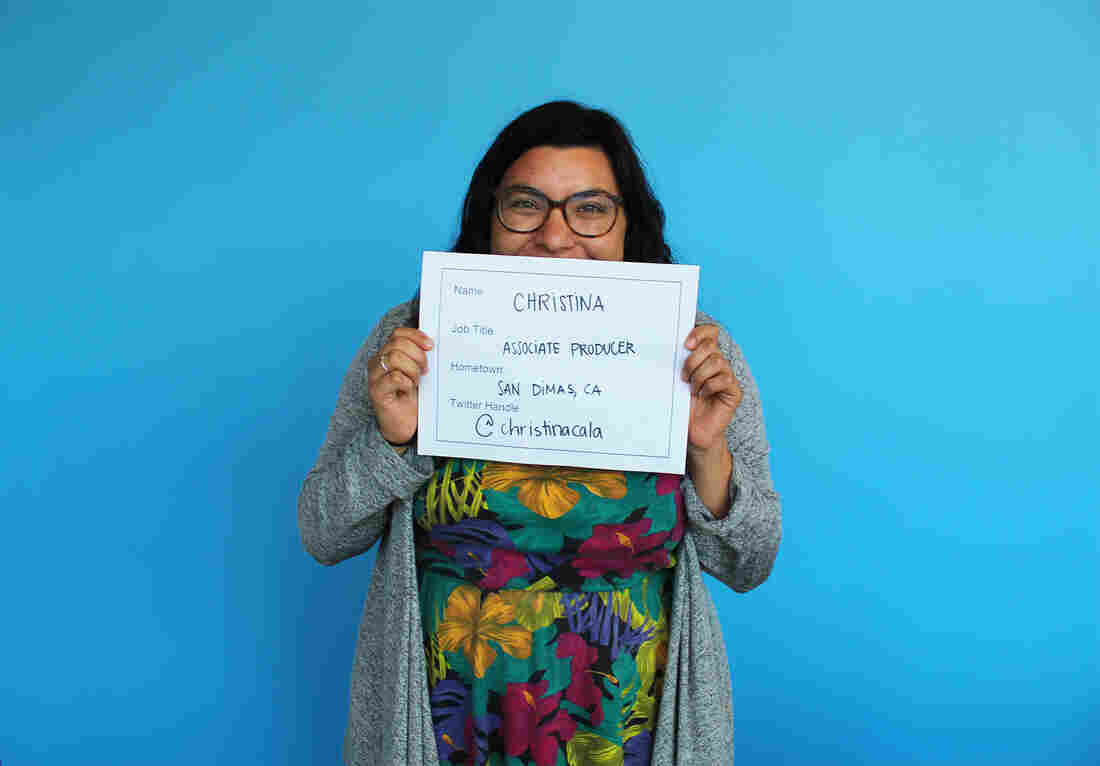 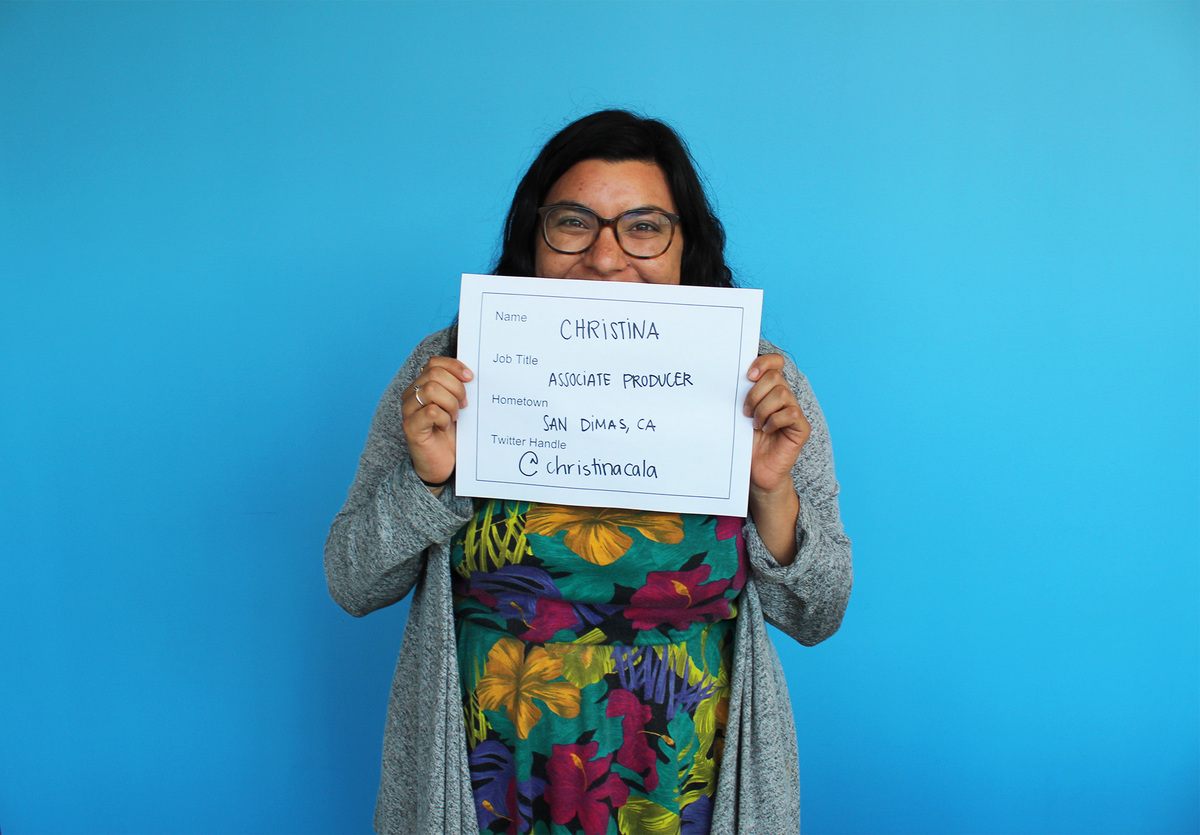 Faces Of NPR is a weekly feature that showcases the people behind NPR, from the voices you hear every day on the radio to the ones who work outside of the recording studio. You'll find out about what they do and what they're inspired by on the daily. This week's post features Christina Cala, an associate producer for All Things Considered.

Where You're From: San Dimas, CA

You're an Associate Producer for All Things Considered. What does that mean? What does your day-to-day look like?

I pitch stories in our morning meetings, book guests and studios, run the board and then cut conversations and mix pieces for the day-to-day. I also field produce, direct the show, and lead our music coverage — which means a lot of listening and discovery. My day-to-day ramps up as it goes on, but it always starts with the meeting and ends with the show. 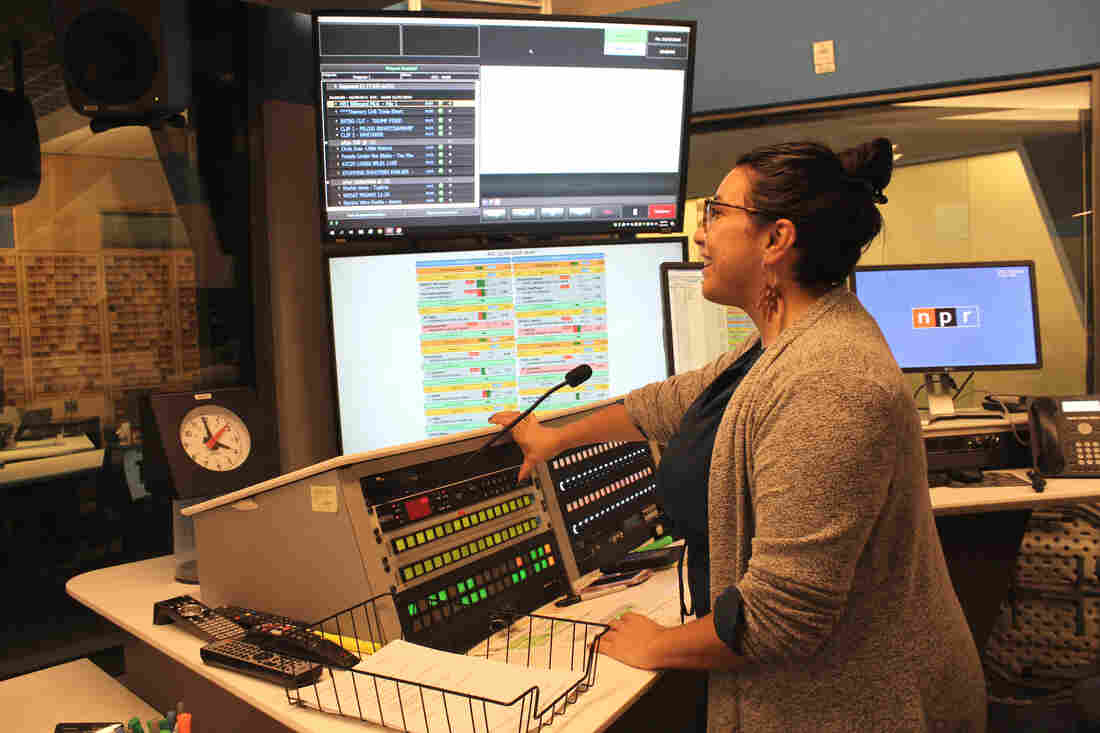 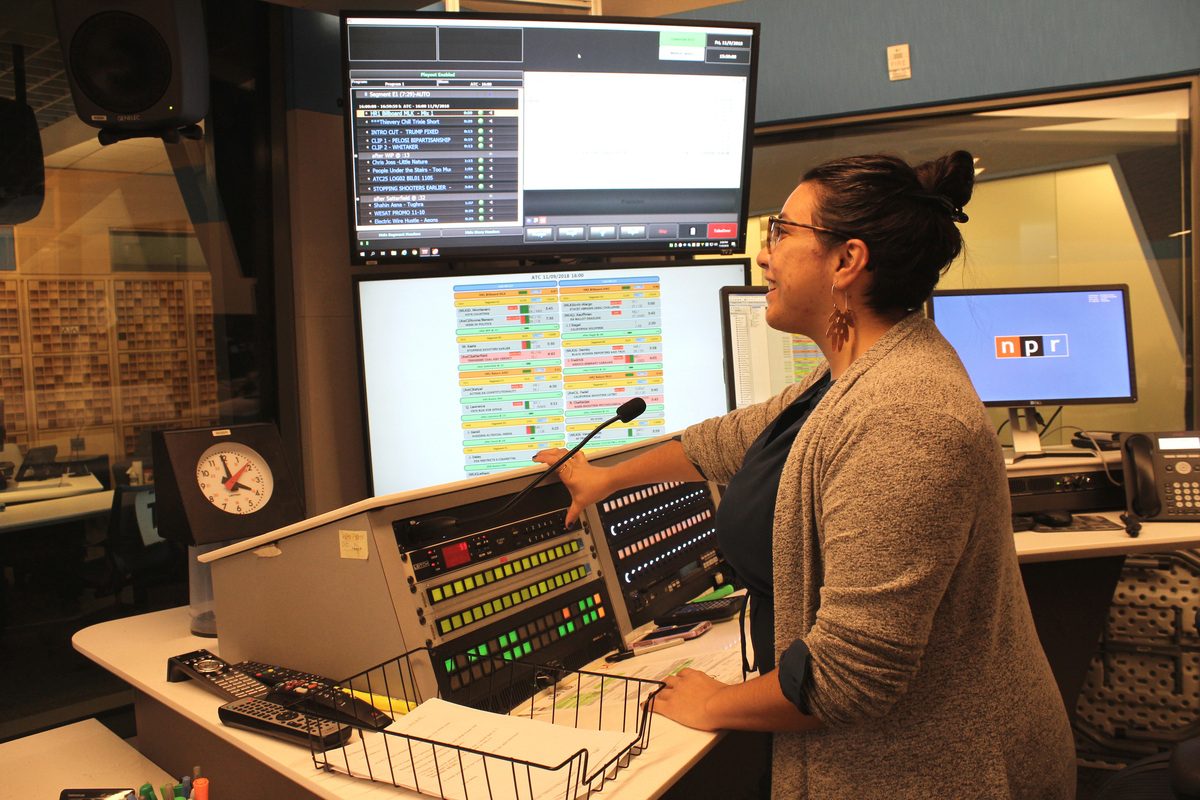 I started as an intern at ATC, then temp-ed and got hired.

I'd tell people interested in my position to stay curious, pitch often, and think about how sound can elevate a story. I'd also tell them to not be afraid of trying something new and taking on new challenges, and that it's incredibly important to have a seat at the table and then to use that space to SPEAK UP and BE HEARD.

As part of your job, you direct ATC — what process do you go through to pick the musical interludes for the show?

I try to listen to or read the scripts of the pieces that will have music underneath them. If the piece or two-way is filing late or not finished by the time I have to choose music, I'll ask the producer about the tone of the conversation. In terms of finding new music, I can be found Shazam-ing instrumentals at restaurants, stores, bars, friends' houses — you name it!

What are some projects you're most proud of that you've worked on?

"What It's Like On Both Sides Of The U.S.-Mexico Border's Busiest Crossing"

"For The Venezuelan Opposition, Protests Are 'Like A War'" 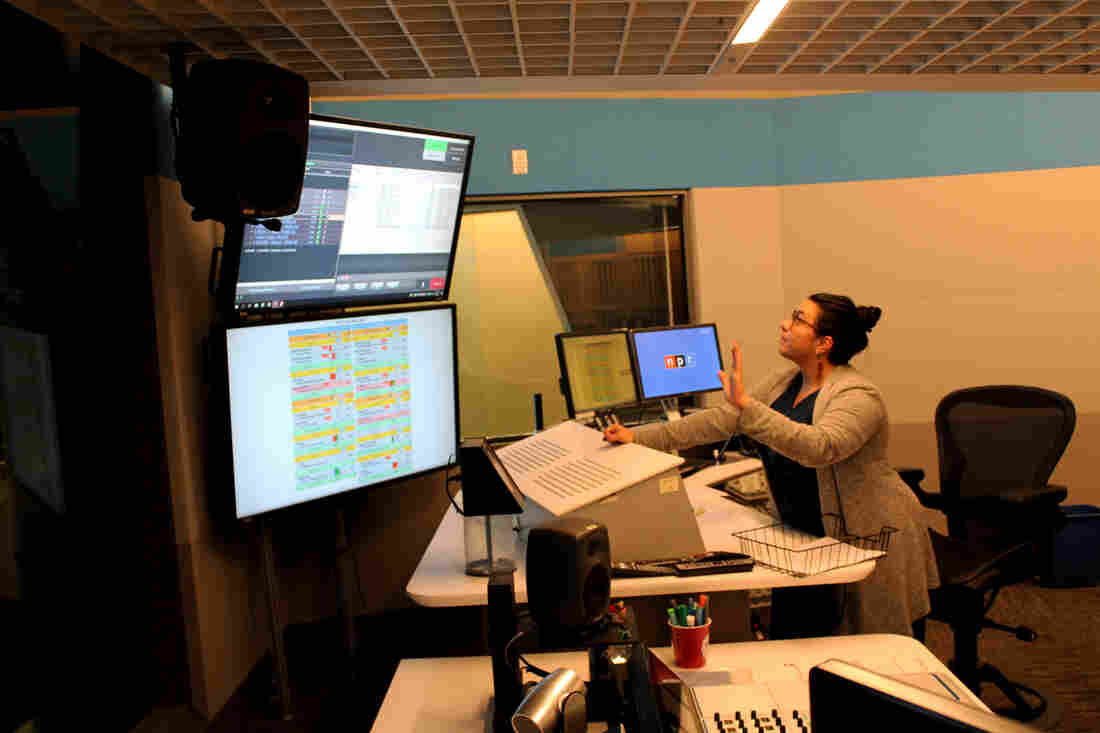 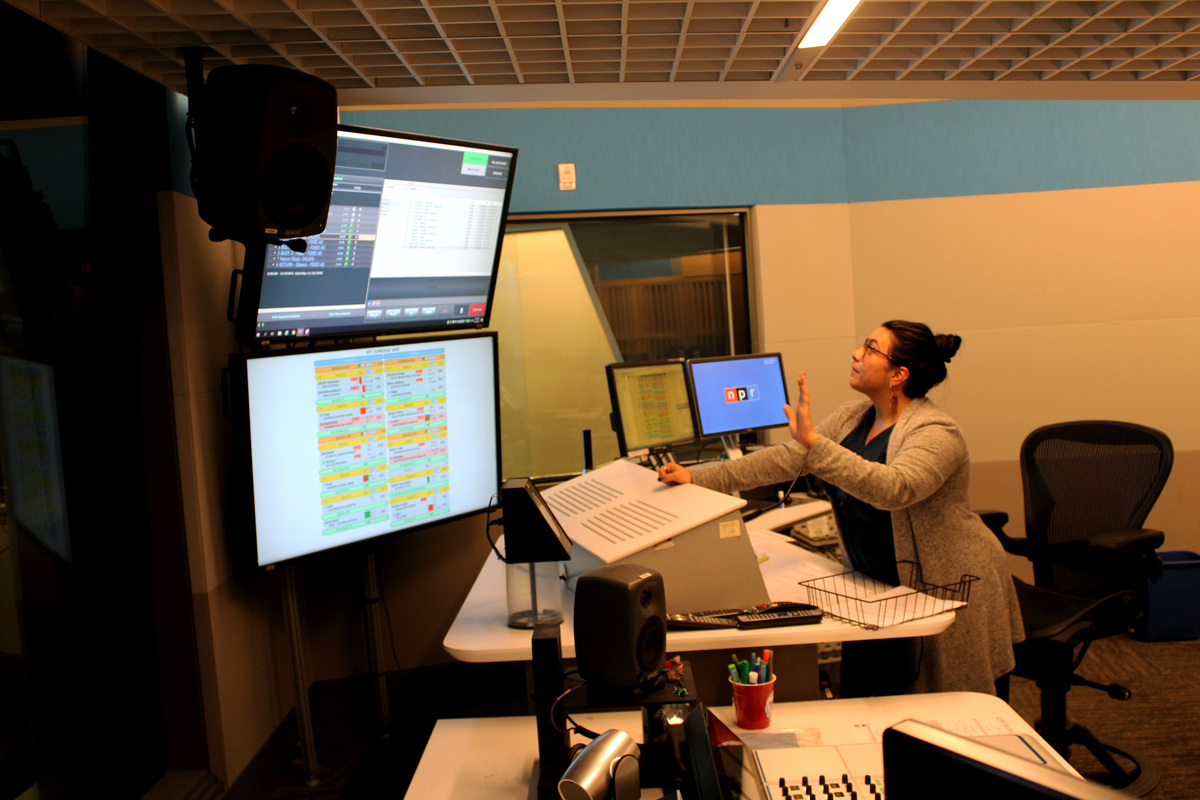 You're one of the founders of the Women Of Color Mentorship Program here at NPR. What is something you've learned from being a mentor?

I think the biggest lesson I've learned from this experience is that you shouldn't wait for someone's permission to make a change. Well, maybe sometimes you should, but if you see a need, you have a lot of agency to be the one who fills it. If you speak up, you might find people who are willing to help, and then a pipe dream can become a reality. 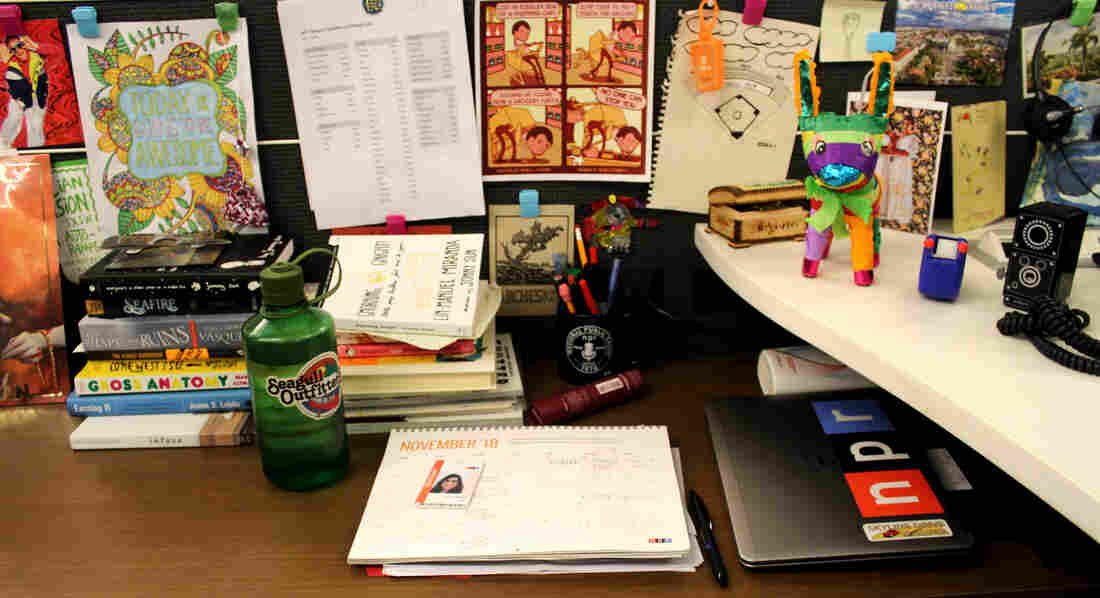 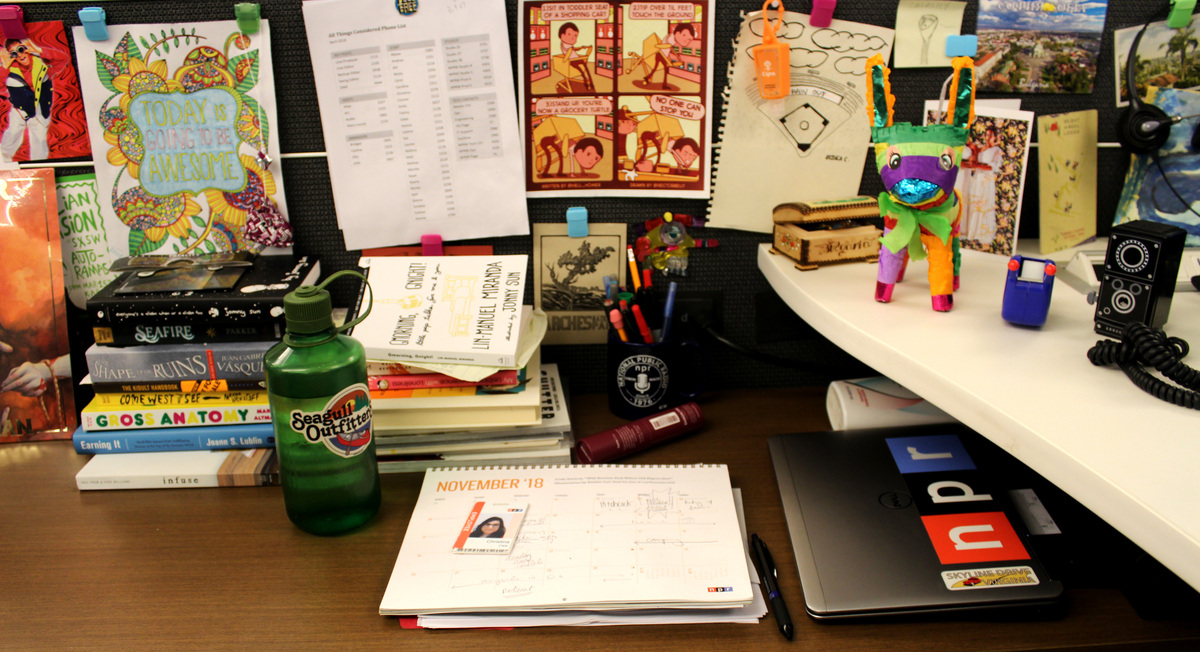 Two piñatas, lots of pictures, a jewelry box from Bulgaria.

I love the people I work with. They make me feel smarter and lighter every day. 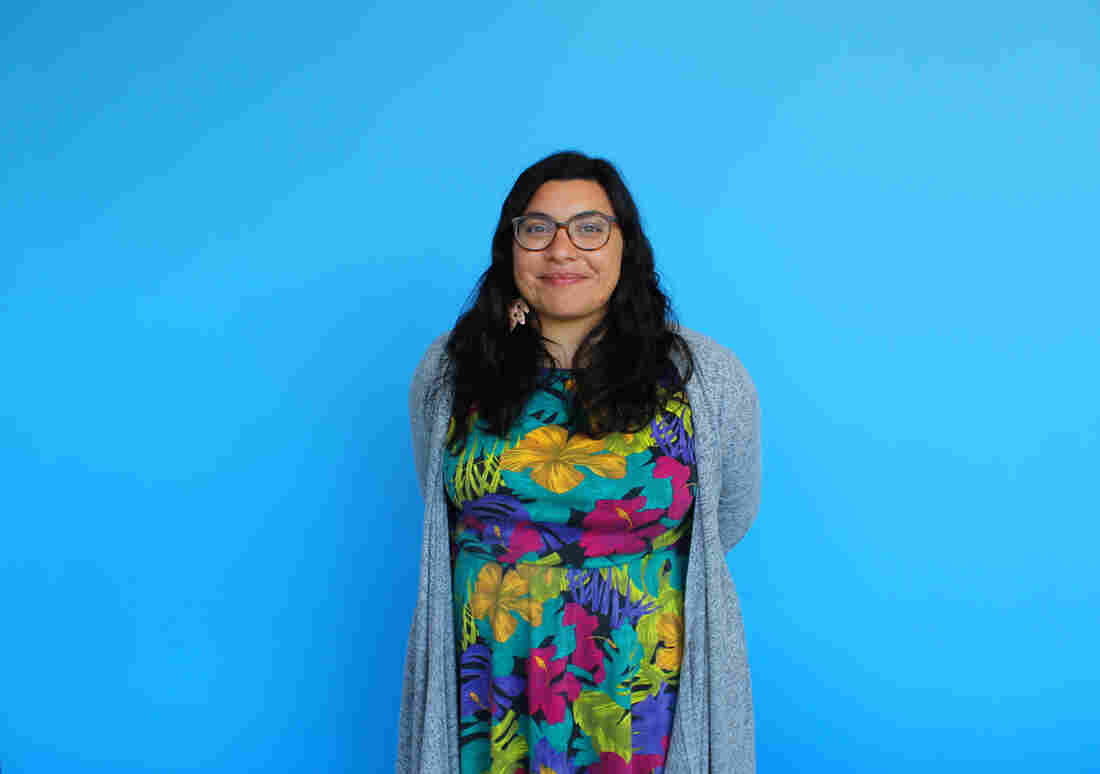 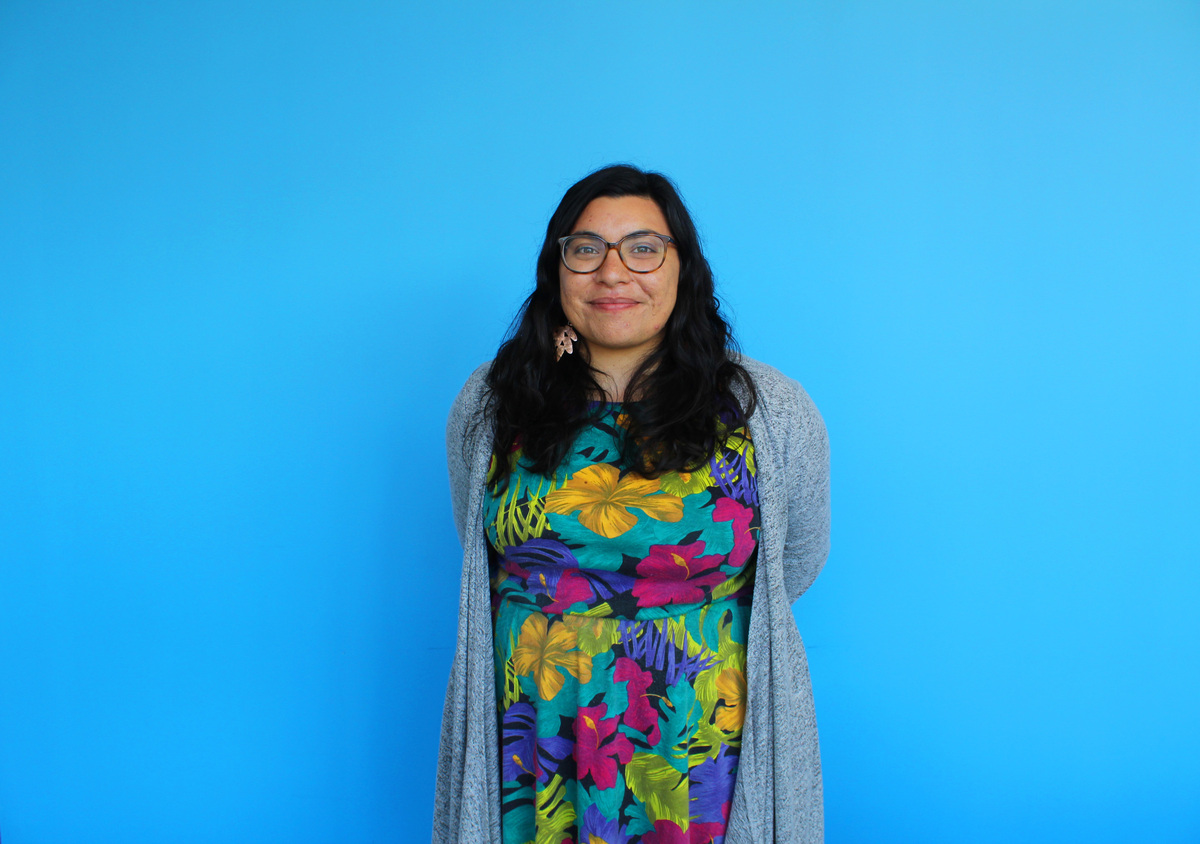