Boost Your Shelf-Esteem With NPR At The National Book Festival

Boost Your Shelf-Esteem With NPR At The National Book Festival 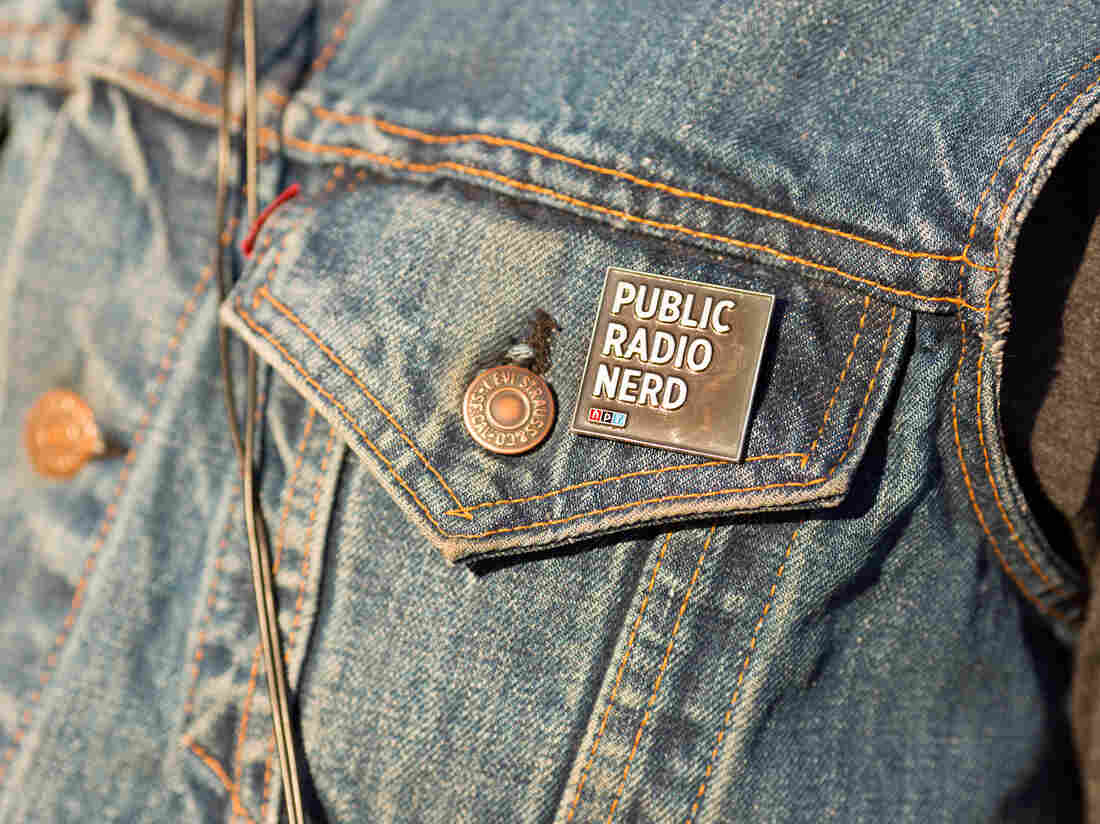 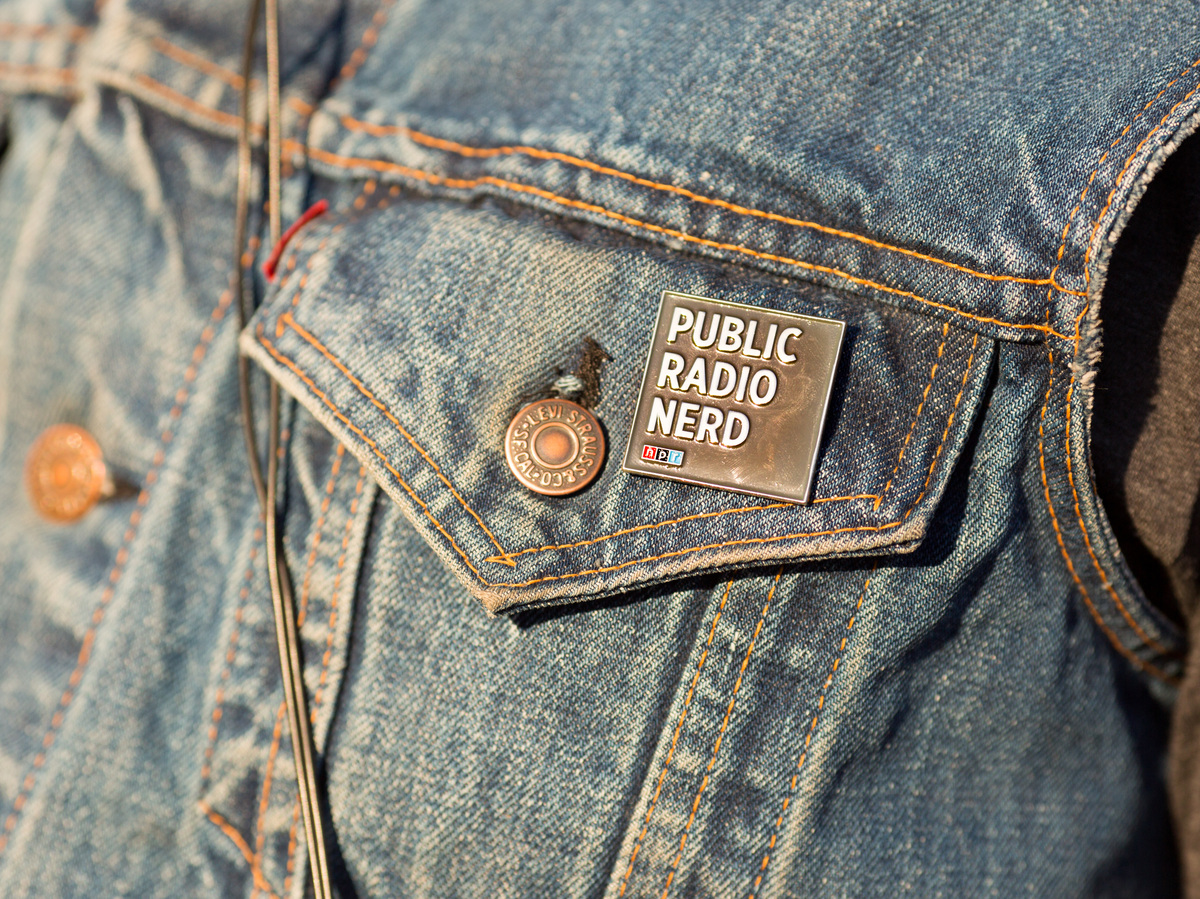 Photo by Allison Shelley for NPR 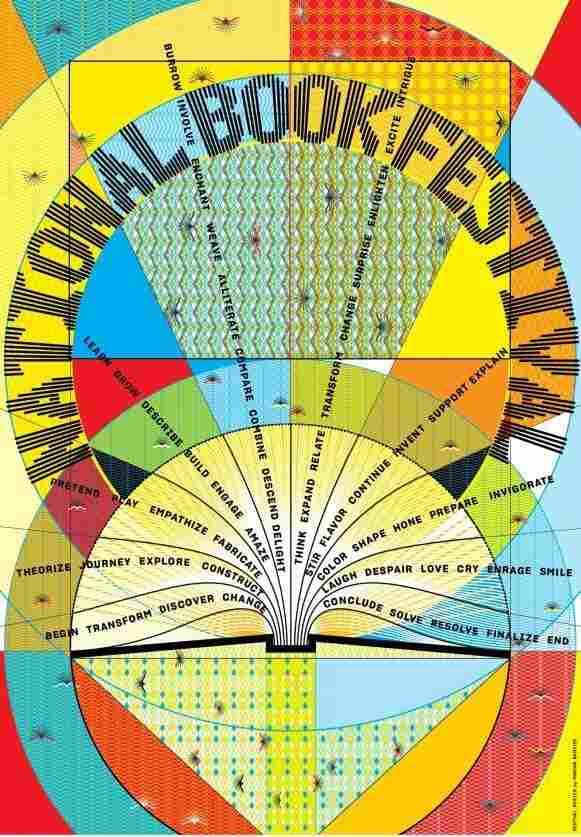 In need of a novel way to spend your weekend? Join NPR at the 19th annual Library of Congress National Book Festival, on Saturday, August 31. Held in the Washington Convention Center, the festival will feature more than 140 authors, illustrators and poets to participate in programs, Q&A and other family-friendly activities. Throughout the day, NPR staff will lead panels and chat with writers from different genres, including everyone from children's books authors to US Supreme Court Justice Ruth Bader Ginsberg.

Find the complete schedule of all eleven NPR appearances below. More details can be found on the National Book Festival App (available in iOS and Android), where you can personalize an itinerary to include all your favorite public radio bookworms.

Elizabeth Blair, senior producer on the Arts Desk, will interview Sigrid Nunez about her seventh novel, The Friend, which won her the 2018 National Book Award for Fiction.

'The Friend' Novelist Grapples With Suicide, Grief And Student-Teacher Relationships

'The Friend' Novelist Grapples With Suicide, Grief And Student-Teacher Relationships

Sigrid Nunez has published seven novels, including A Feather on the Breath of God, The Last of Her Kind, Salvation City, and, most recently, The Friend. Among the journals to which she has contributed are The New York Times, The New York Times Book Review, The Wall Street Journal, The Paris Review, Threepenny Review, Harper's, McSweeney's, Tin House, The Believer and newyorker.com. Nunez's work has been translated into nine languages and is in the process of being translated into fourteen more. (sigridnunez.com)

Petra Mayer, an editor for NPR books, will host a conversation about historical novels with authors Philippa Gregory (Tidelands) and Margaret George (The Confessions of Young Nero and The Splendor Before the Dark).

Philippa Gregory is the author of many New York Times bestselling novels, including The Other Boleyn Girl, and is a recognized authority on women's history. Many of her works have been adapted for the screen including The Other Boleyn Girl. Her most recent novel, The Last Tudor, is now in production for a television series. She graduated from the University of Sussex and received a PhD from the University of Edinburgh, where she is a Regent. (Simon & Schuster)

Margaret George is the New York Times bestselling author of eight novels of biographical historical fiction, including The Splendor Before the Dark, The Confessions of Young Nero; Elizabeth I; Helen of Troy; Mary, Called Magdalene; The Memoirs of Cleopatra; Mary Queen of Scotland and the Isles; and The Autobiography of Henry VIII. She also has co-authored a children's book, Lucille Lost. (Penguin Random House)

Matthew Gray Gubler is an Emmy award winning actor, director, producer, painter, and voice over actor from Las Vegas Nevada. Also an accomplished painter, Gubler is known for his vivid and expressionistic portraits of people, animals, and imaginary monsters. (IMDB)

Sara Paretsky is the New York Times bestselling author of twenty previous novels, including the renowned V.I. Warshawski series. She is one of only four living writers—alongside John le Carré, Peter Lovesey, and Lawrence Block—to have received both the Grand Master Award from the Mystery Writers of America and the Cartier Diamond Dagger from the Crime Writers Association of Great Britain. (HarperCollins)

Barbara Kingsolver is the author of nine bestselling works of fiction, including the novels, Flight Behavior, The Lacuna, The Poisonwood Bible, Animal Dreams, and The Bean Trees, as well as books of poetry, essays, and creative nonfiction. Her work of narrative nonfiction is the enormously influential bestseller Animal, Vegetable, Miracle: A Year of Food Life. Kingsolver's work has been translated into more than twenty languages and has earned literary awards and a devoted readership at home and abroad. She was awarded the National Humanities Medal, our country's highest honor for service through the arts, as well as the prestigious Dayton Literary Peace Prize for her body of work. (HarperCollins)

Journalist Bilal Qureshi will chat with Amitav Ghosh about his life's work, including Gun Islan, Sea of Poppies, The Great Derangement, River of Smoke, The Glass Palace and more.

Amitav Ghosh was born in Calcutta and grew up in India, Bangladesh and Sri Lanka. Amitav Ghosh holds two Lifetime Achievement awards and four honorary doctorates. In 2007 he was awarded the Padma Shri, one of India's highest honors, by the President of India. In 2010 he was a joint winner, along with Margaret Atwood of a Dan David prize, and 2011 he was awarded the Grand Prix of the Blue Metropolis festival in Montreal. In 2018 the Jnanpith Award, India's highest literary honor, was conferred on Amitav Ghosh. He was the first English-language writer to receive the award. In 2019 Foreign Policy magazine named him one of the most important global thinkers of the preceding decade. Amitav Ghosh's most recent novel, Gun Island, is due to be published in 2019. (amitavghosh.com)

Award-winning legal affairs correspondent Nina Totenberg will interview U.S. Supreme Court Justice Ruth Bader Ginsburg on her book My Own Words. Her biographers Mary Hartnett and Wendy Williams will also be present for the conversation.

Born in 1933, Ruth Bader Ginsburg attended the Harvard and Columbia University Law Schools, and taught law at Rutgers and Columbia. During the 1970s, while teaching at Columbia, she was instrumental in launching the ACLU's Women's Rights Project, and became the leading advocate in the Supreme Court for gender equality. She was appointed by President Jimmy Carter to the US Court of Appeals for the DC Circuit in 1980 and to the US Supreme Court by President Bill Clinton in 1993. In 2009 Forbes named Ginsburg among the 100 Most Powerful Women, Glamour named her one of their 1993 Women of the Year and in 2012 presented her with their Lifetime Achievement Award. In 2015 Time listed her as an Icon in the Time 100, and in 2016 Fortune named her one of the World's Greatest Leaders. (Simon & Schuster)

Nathan Englander is the author of the novels Dinner at the Center of the Earth and The Ministry of Special Cases, and the story collections For the Relief of Unbearable Urges and What We Talk About When We Talk About Anne Frank, winner of the Frank O'Connor International Short Story Award and finalist for the Pulitzer Prize. His short fiction has been widely anthologized, most recently in 100 Years of the Best American Short Stories. His play The Twenty-Seventh Manpremiered at The Public Theater in 2012. He also translated the New American Haggadah and co-translated Etgar Keret's Suddenly a Knock on the Door. He is Distinguished Writer-in-Residence at New York University and lives in Brooklyn, New York, with his wife and daughter. (Penguin Random House)

Pop Culture Happy Hour host and author of Evvie Drake Starts Over Linda Holmes will be in conversation with author Rainbow Rowell and illustrator Faith Erin Hicks about their upcoming novel, Pumpkin Heads.

Faith Erin Hicks is a Canadian writer and artist. She worked in the animation industry for several years before transitioning into writing and drawing comics full time in 2008. Her first published work was Zombies Calling (SLG Publishing) in 2007. Since then, she has published a number of other graphic novels. She won an Eisner Award in 2014 for The Adventures of Superhero Girl. In 2019 her debut Young Adult prose novel, Comics Will Break Your Heart, was published by Roaring Brook Press. (faitherinhicks.com)

Can't make it to the National Book Festival? Follow @NPRExtra on Twitter, Facebook and Instagram for an up close look at NPR journalists interviewing various authors. don't forget to join the conversation with #NatBookFest!