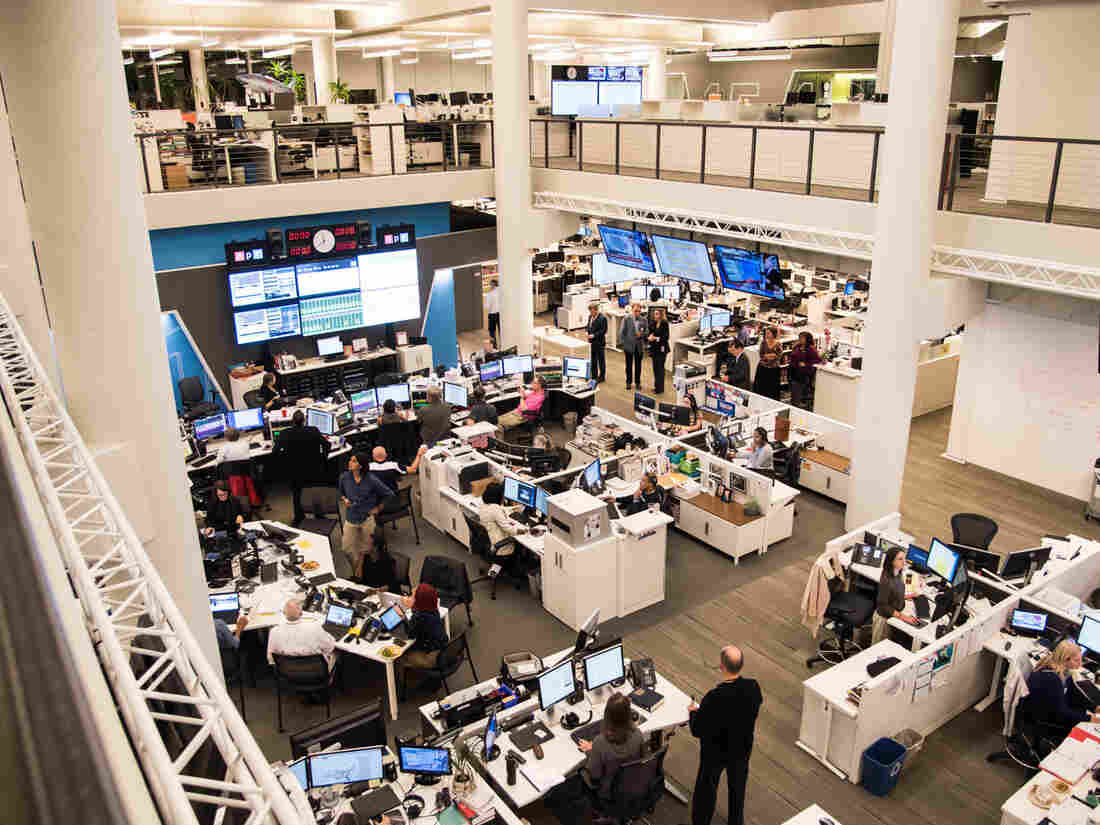 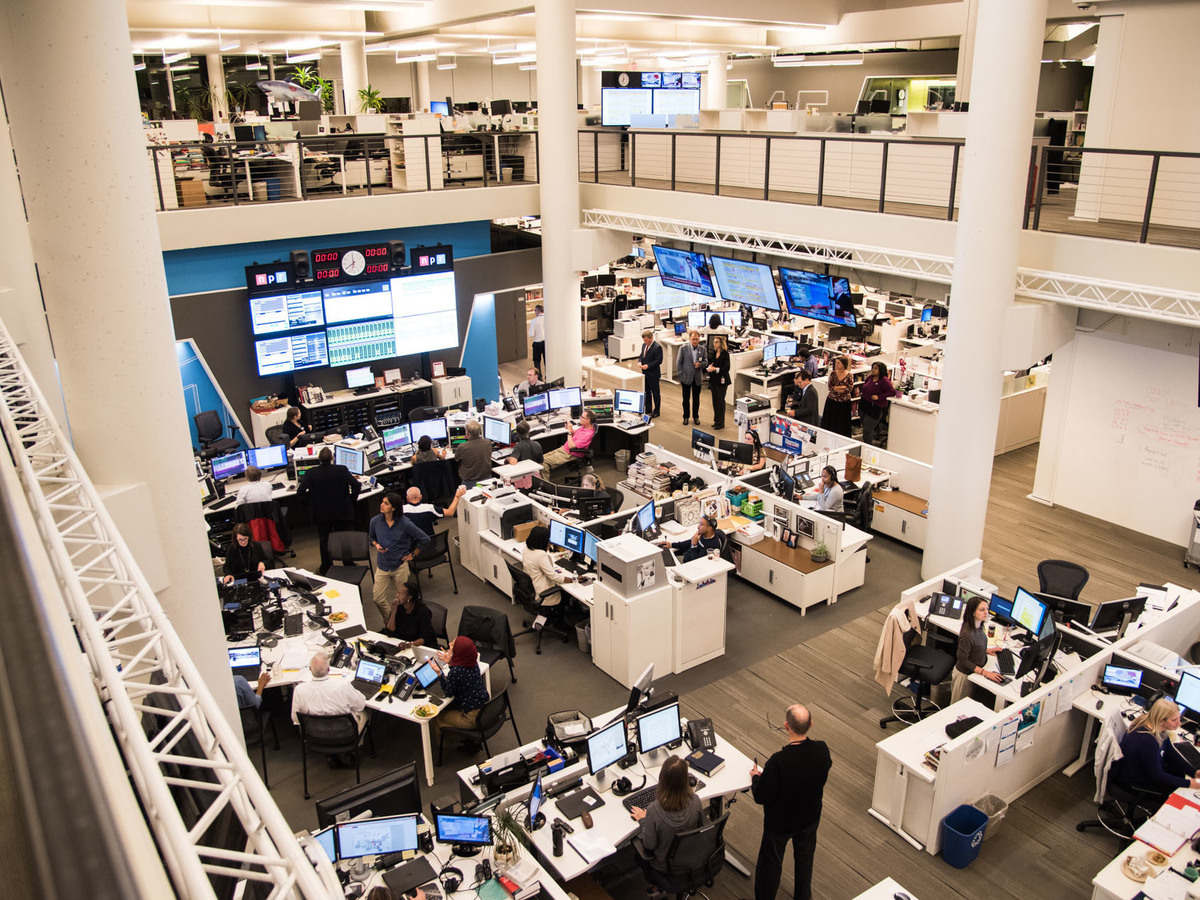 In notes to the newsroom the following staffing updates were announced:

Terry Samuel is promoted to Managing Editor-News where he will be the overall point person on daily coverage of the major story/ies of the day, with a particular emphasis now on the cross-desk coverage of the Trump-Ukraine story. Terry joined NPR in 2017 and has become integral to the news operation with his sharp news judgment, and his ability to work across teams and shows.

Luis Clemens is promoted to Deputy Managing Editor and started his Sunday through Thursday afternoon/evening duties this weekend. A huge thanks to all who have filled in for this role, including Luis. The National Desk is pained to lose him, but we are delighted to have his editorial judgment and organizational skills in a DME role. He has been instrumental in finding new voices and angles that are enterprising for our coverage in addition to being a great mentor to less experienced up and coming journalists.

Starting November 4, Carline Watson will become NPR's Talent Development Manager. This position was created on the recommendation of the Temporary Employee Working Group, as the primary day-to-day point person for temporary News and Programming division staff at NPR. In her quarter century at NPR, Carline has worked in pretty nearly every corner of the newsroom, both here in DC and at NPR West. Carline started her career as a booker on Weekend Edition and went on to become Director of the Tavis Smiley Show and All Things Considered. In her first management position, she orchestrated the start-up of News and Notes in Culver City, as the program's Supervising Senior Producer. After that she spent a seven-year stint as a senior leader at Talk of the Nation, before becoming Executive Producer of Tell Me More. She has also led NPR's Identity and Culture Unit, where she oversaw both Code Switch and Michel Martin's live event series. Since 2015, Carline has been the Executive Producer at All Things Considered. During her time at NPR, Carline hasn't just worked across the newsroom, she's built deep relationships across the entire organization. She's excited to take on this new role supporting our temporary employees. Those who have worked with Carline know her to be a passionate advocate for improving the diversity of our staffing, audience and sourcing. In 2014, she was the recipient of the NPR Success Award in recognition of her work on diversity. Temporary employees are an important part of our organization. It is an institutional priority that we put the structures and support in place to improve their experience. As a manager who has worked with temporary staff, Carline is all too well aware of the deficiencies of the current system. She says, "I'm really looking forward to sitting down with temporary staff from across news and programming, as well as the other stakeholders. We must get this right by creating a system that is fair and equitable."

Cara Tallo will be our next Executive Producer for All Things Considered starting November 4. After an extensive national search, Cara's unique experience in audio journalism made her the obvious and perfect choice for the role: She brings dynamic leadership chops and a sharp news sensibility honed over years with Morning Edition, and now combines that with a love for character-driven storytelling and an entrepreneurial spirit evidenced by her game-changing work at Invisibilia. Cara started in 1999 as an intern at the Washington Desk, researching for then-Justice Department correspondent Barbara Bradley as she investigated the conduct of federal authorities in the 1993 Branch Davidian standoff. In 2000 she moved to Morning Edition as a Production Assistant, where she spent the next several years directing breaking news coverage, field producing with hosts and reporters, and helping to establish NPR's Baghdad bureau with multiple trips to Iraq in 2004. She won the Overseas Press Club Lowell Thomas Award for her work on NPR's "History of the Middle East" series, and NABJ's Salute to Excellence Award for production on Juan Williams' series marking the 40th Anniversary of the "March on Washington." Over the decade from 2007 to 2017, Cara managed Morning Edition assignments and coverage - from the 2008 terror attacks in Mumbai, to the 2015 bombing at the Bataclan; from the 2011 ouster of Hosni Mubarak to the 2016 election of Donald Trump. In 2017, Cara played a pivotal role in the conception and launch of NPR's first daily news podcast, Up First. Later that year, she moved from NPR's newsroom to the Programming Division to become Executive Producer of Invisibilia, the podcast that explores the invisible forces that shape human behavior.