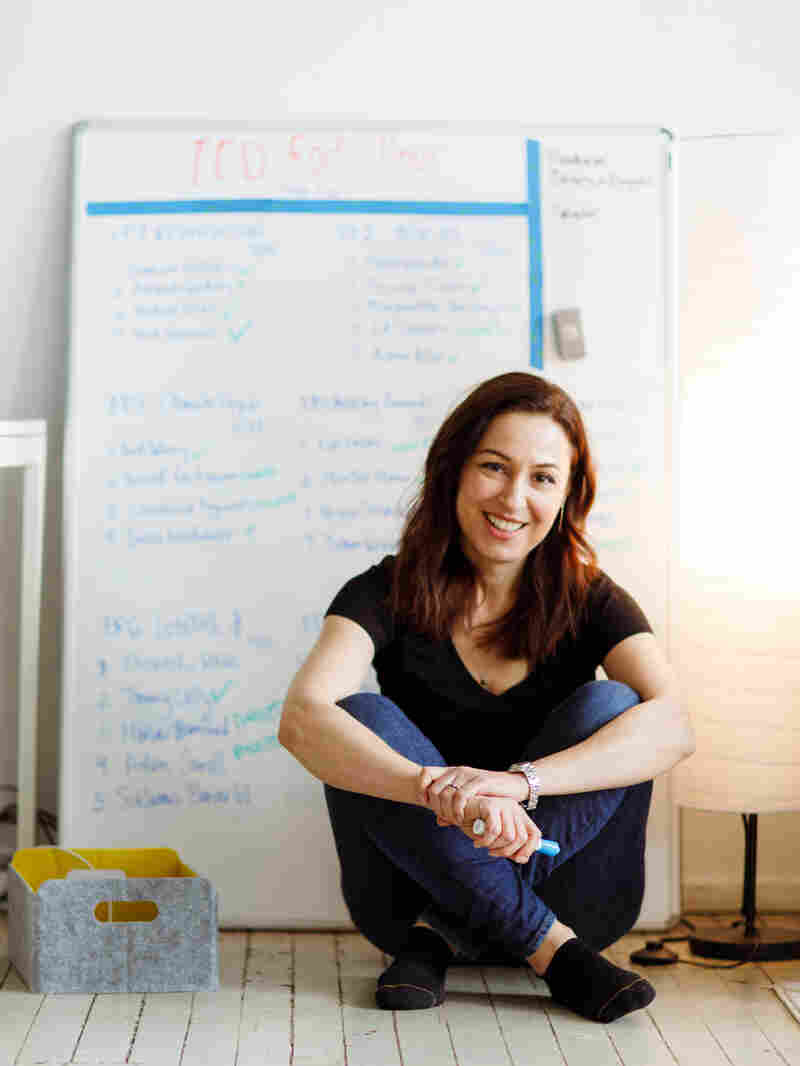 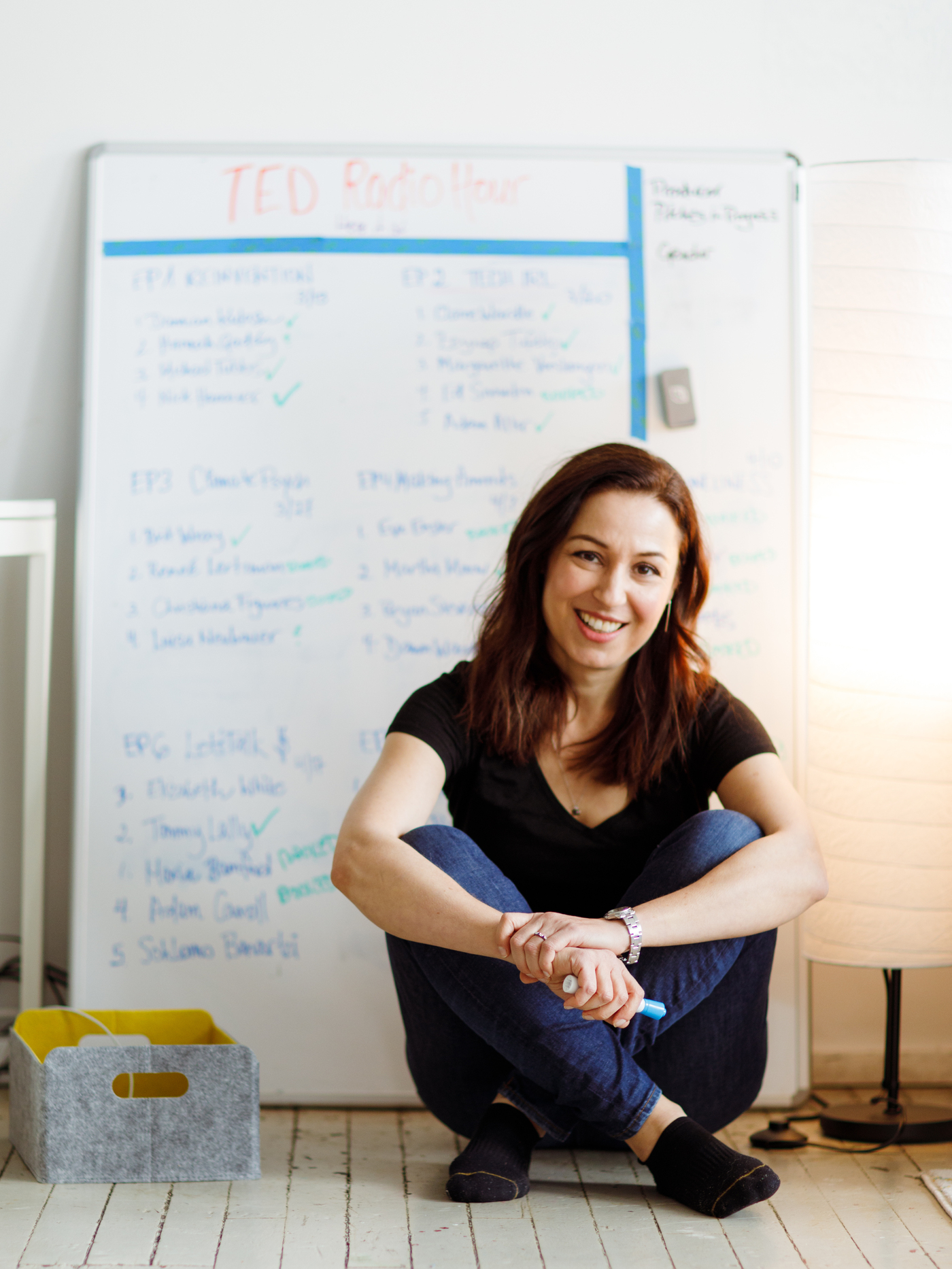 Being a podcast host is my dream job. Seriously.

We sat down for a quick chat with Manoush Zomorodi before she started hosting TED Radio Hour this week. Manoush is a journalist, podcaster and media entrepreneur. She has received numerous awards for her work, including The Gracie for Best Radio Host in 2014 and 2018. Her book "Bored and Brilliant: How Spacing Out Can Unlock Your Most Creative Self" (2017, St. Martin's Press) and her TED Talk are guides to surviving information overload and the "Attention Economy."

We just have to ask, because of the title of your book: has any big idea come to you while you were bored?

Ha! Yes. I guess you could say that deciding to write a book about the link between boredom and creativity stems back to some extremely dull hours spent pushing the stroller of a cranky, colicky baby who only slept while in transit. It was 2007 and I was finally forced to push pause on my career and think long and hard about my purpose as a journalist.

Are you excited / scared / delighted / confident / nervous about taking over hosting duties from Guy?

All of those things. I've known Guy since we were both based in Berlin at the turn of the century (wow, that makes us sound weathered). He's always been such a pro. And throughout the transition process he's been so gracious and supportive. Look, I know listeners will miss him terribly. But I think they also trust him to hand over the reins to someone who will sound very different but is just as capable.

You were a TED speaker yourself, is it kind of meta to now be hosting TED Radio hour?

Totally! I'm grateful And I also had the opportunity to be a guest on the show, so I know what TED speaker experience is like, from soup to nuts. But I've also been a podcast host and public media person for a long time now and hosting the show has felt pretty natural. Also, the team of talented producers have been so incredibly welcoming.

What is the best advice anyone ever gave you?

I don't know if it was the best advice but I'll never forget being told by the BBC News Foreign Editor that I'd go far if I brought my bosses solutions rather than problems. I guess it worked because I became one of the youngest (and only American) foreign news producers at the BBC at the time but, in retrospect, his advice was rather self-serving!

I never considered myself a tech person but when the release of the iPhone upended everything from how we parented to what we believe in, tech suddenly seemed like the story-telling opportunity of a lifetime.

Throughout your own personal journey what have you learned about the art of disruption?

I've learned that it's a privilege to take the creative risks I've taken. And if you can support someone so they can take a risk too, well, that's your obligation.

Are there any specific TED talks that have inspired a change in how you navigate your life/career?

Shonda Rhimes' talk about listening to your inner creative "hum" is so darn good. Her use of language is just delightful... and a reminder that taking breaks is just as important as pushing yourself. We Type A folks need to be reminded of that constantly. Sigh.

What are you reading right now?

My 12 yr old I and just started a book club with a friend and her daughter up the block. We're reading Ready Player One. I'm enchanted.

What is your favorite part about being a podcast host?

Oh there are so many things! When you hear a mix and it finally sounds just right. How I can ask interviewees any question I want. Or getting an email from a listener who tells you that something you said prompted them to make a change in their life.

Being a podcast host is my dream job. Seriously. 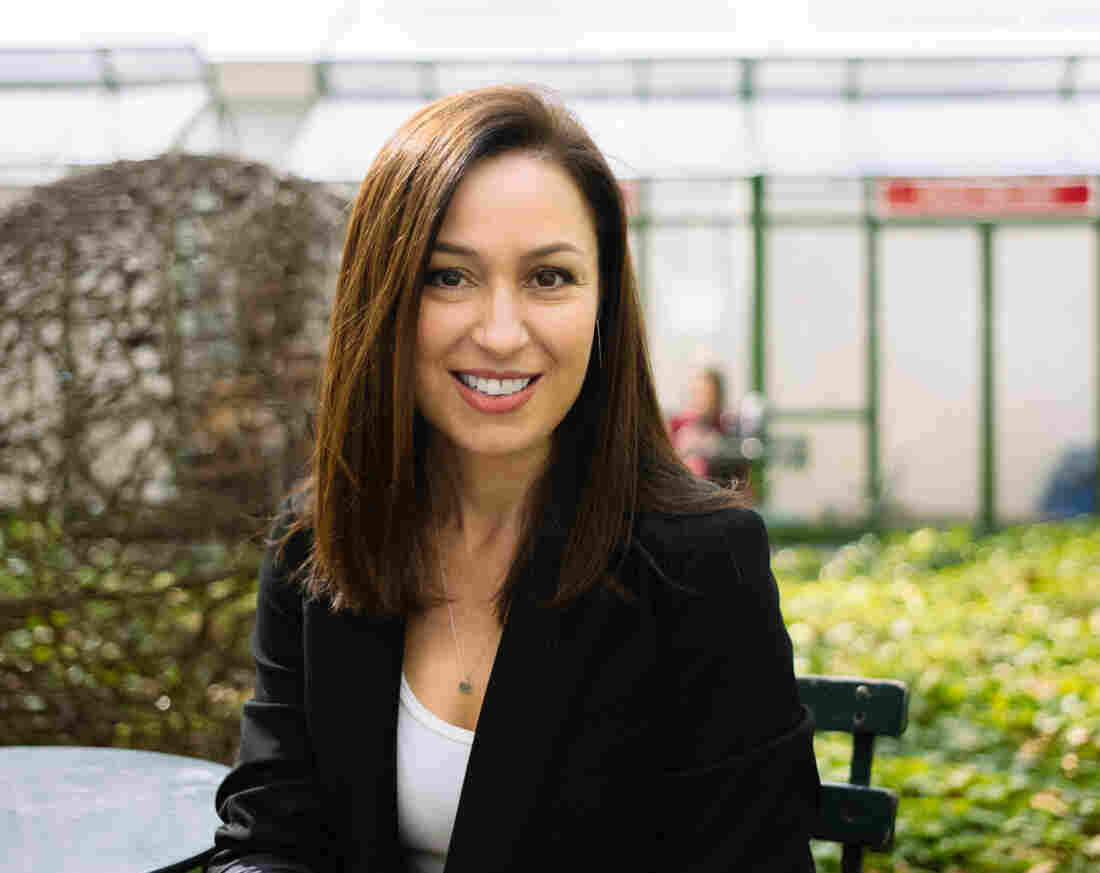 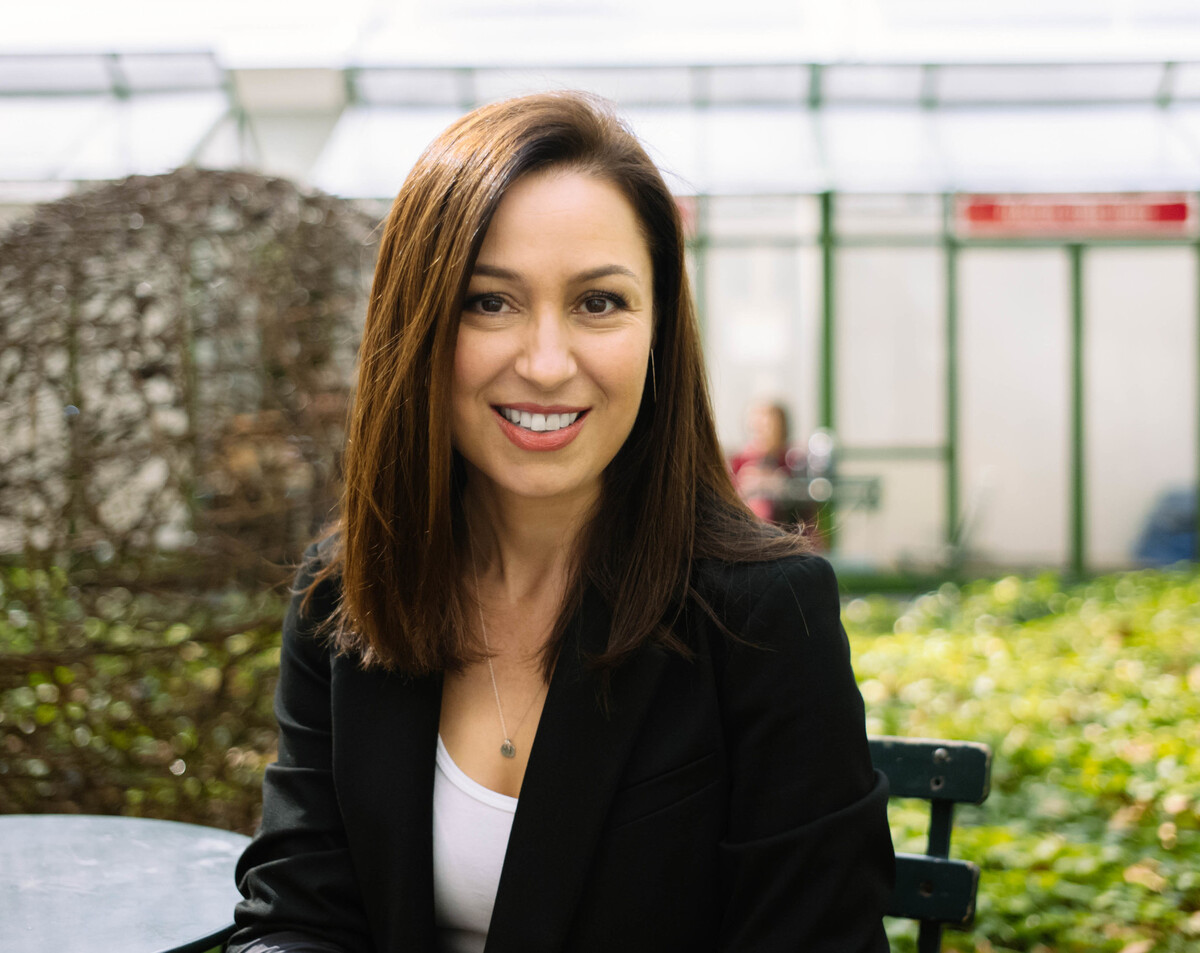