October 28, 2010 • Many have offered their perspectives on our recent decision regarding Juan Williams and the way we handled it. Thanks for coming to our blog to hear from us directly.

NPR Statement On The Termination Of Juan Williams' Contract

October 21, 2010 • NPR statement of the termination of Juan Williams' contract.

October 19, 2010 • NPR Music's "Tiny Desk Concerts" took a field trip last week: to Capitol Hill, for a special performance for lawmakers by the band Lost in the Trees.

October 18, 2010 • NPR's latest local-national journalism initiative, Impact of Government, is the biggest, broadest one yet. A $1.8 million grant from the Open Society Foundations helps gets it off the ground.

Why Can't NPR Staff Go To 'Rally To Restore Sanity' Or 'March To Keep Fear Alive'?

October 13, 2010 • News staff and others covered by NPR's ethics policy aren't permitted to attend upcoming rallies in D.C. organized by Jon Stewart and Stephen Colbert. We explain why. 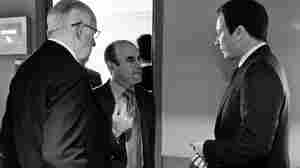 September 21, 2010 • Michele Norris' memoir The Grace of Silence delves into her family's complicated history with race, and the things, too often, left unsaid. Today starts a 34-city listening tour to continue to conversation all over America. 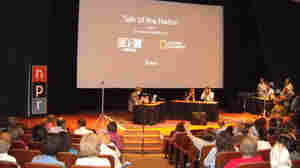 September 16, 2010 • Talk of the Nation partnered with National Geographic to tell the story of the Gulf spill and the world's oceans. Moving, memorable radio, on-location from NatGeo.

NPR's Argo: The Power Of The Network

September 15, 2010 • NPR's Argo Network: Who knew a little Greek mythology would inspire public media innovation? Well it has. And in a game changing kind of way. 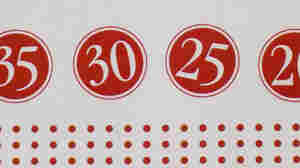 September 9, 2010 • Lotto at NPR? Nah, those are graphics we used to celebrate employee anniversaries this year. We joined CEO Vivian Schiller for an event in our boardrooms honoring the 91 people who celebrated a milestone anniversary in their NPR career this year.

Rendering of KEXP at Seattle Center/KEXP

September 3, 2010 • Seattle's KEXP is making a bid to move its studios to the Seattle Center. Join NPR in supporting KEXP's vision.