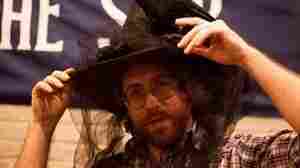 NPR's 'Axe Me Another' Celebrates Halloween With R.L. Stine

October 31, 2013 • NPR's Ask Me Another put a special Halloween spell on its show next week and brought in an expert in all things scary for the occasion too: R.L Stine. See photos of all the costumes here.

October 30, 2013 • Each month, the NPR podcast Playback invites listeners for a ride in the "NPR DeLorean," to revisit the movers, shakers and, yes, one-hit wonders that made news exactly 25 years ago. This month's Playback takes a trip to a time when "Love Bites" topped the charts and scrunchies hit their stride. 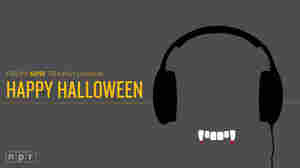 October 30, 2013 • NPR wishes all of our listeners a fang-tastic and safe Halloween this year. 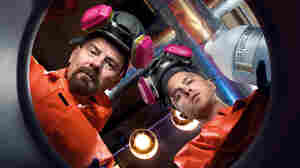 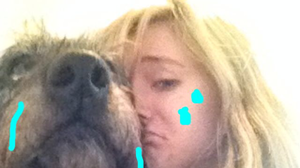 October 28, 2013 • Let's just have a nice laugh about crying. We asked StoryCorps fans to share their best 'cry faces' with us last week, and here are a few of our favorite submissions.

The Curious Listener: The StoryCorps Edition

October 25, 2013 • Find out how to share your own story with StoryCorps both online and in person at a StoryCorps studio. 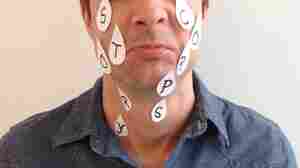 Have you shed some (or many) tears listening to StoryCorps? You're not alone. To celebrate 10 years of StoryCorps, share your StoryCorps-induced waterworks with NPR. George T. Gary III/NPR hide caption

October 24, 2013 • Have you shed some (or many) tears listening to StoryCorps? You're not alone. To celebrate 10 years of StoryCorps, let's all have a good cry together, shall we? Share your StoryCorps waterworks with NPR. 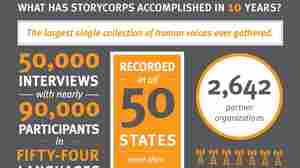 10 Years and 50,631 Interviews Later: A Snapshot Of StoryCorps' Achievements

October 23, 2013 • Today the much-loved and notoriously tear-jerking oral history project StoryCorps celebrates its 10th anniversary. See photos of the evolution of StoryCorps, and learn some fun facts from the last decade of interviews, MobileBooth stops and more. It's #StoryCorps10. 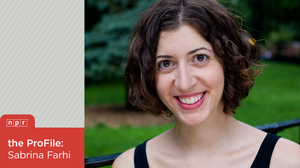 Announcer ProFile: 'All Things Considered, This Is A Dream Career'

October 23, 2013 • Come November, listeners will hear a new voice saying things such as "Support for NPR comes from ..." and "This [pause] is NPR." Sabrina Farhi is joining NPR as the NPR announcer in November. 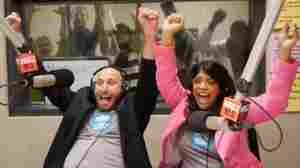 WBEZ staffers celebrate the end of their pledge drive, 10 days and 64 hours later. (Not to be overlooked is the whiteboard in the corner that reads 'MEMBERS ARE SO COOL'.) screenshot from WBEZ video hide caption

October 22, 2013 • Somewhere over the years of pledge drives, station staffers got creative with a side order of quirky, to show you that we really mean what we say about your support. As pledge drives come to a close, relive the bliss with these special 'thank yous' for keeping public radio going. 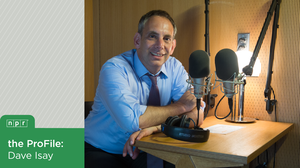 StoryCorps ProFile: 'If I Could Share A Coffee With Anyone, It Would Be My Wife.'

October 21, 2013 • This week marks the 10th anniversary of the oral history project, and in that time StoryCorps has built up one of the largest collections of human voices ever gathered. To celebrate, we'll be tooting the StoryCorps horn all week, starting with a ProFile of the project's founder, David Isay. 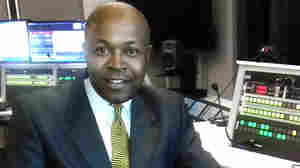 Making Pledge Drives Not Just Bearable, But Memorable Too

October 19, 2013 • We know the fall comes as a mixed blessing for many public radio listeners: brightly colored leaves... and pledge drive week. Here at NPR and at our Member Stations all across the country, we are always looking for better ways make this season even a little more fun. 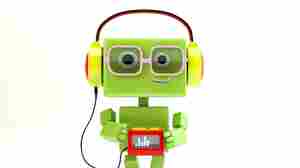 Adventures In Commenting: How We're Improving The Community On NPR.org

October 18, 2013 • Here at NPR, we want to encourage discussion around all of our coverage. Today, we're excited to roll out the latest changes to our community that will make things faster, clearer, more relevant and more consistent for you. 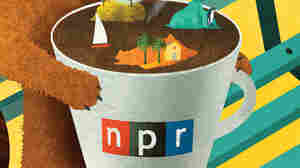 October 16, 2013 • With so many great designs for the newest NPR calendar, we went ahead and added an extra month. 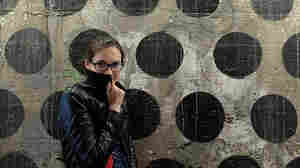 October 15, 2013 • This week NPR is debuting its newest t-shirt, and it's unlike any other we've had before. Meet Jessica Roush, the artist who designed our new tee as part of the NPR + Threadless design challenge.