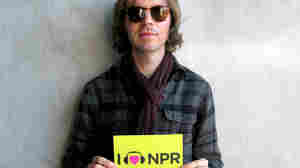 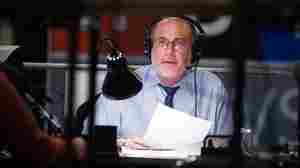 How Big Of An NPR Fan Are You? Find Out With The Robert Sieg-O-Meter

December 28, 2012 • Before you flip to your 2013 NPR Wall Calendar, look back at some public radio highlights from 2012 to see where your NPR fandom ranks on The Robert Sieg-O-Meter. 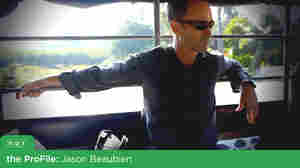 Correspondent ProFile: 'I Live To Hear Other People's Stories.'

December 27, 2012 • NPR Global Health and Development Correspondent Jason Beaubien travels the world reporting on famines and wars, interviewing Nobel laureates and preachers, and covering the world's most prevalent and troublesome health issues. But on Sundays, he's on pancake duty.

The Curious Listener: A Holiday Favorite

December 27, 2012 • Everyone has those distinct traditions that make their holidays special. Maybe it's that delicious family recipe, visiting a distant relative, or sitting by the fire sing carols or telling stories. For at least one of our listeners, a certain NPR story makes her holiday complete. 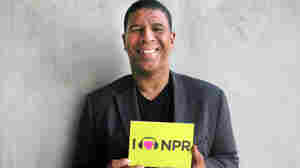 December 26, 2012 • Director Peter Ramsey is the first African American to direct a big-budget computer-generated (CG) animation movie. He talked to NPR Host Michel Martin about directing the holiday movie, Rise of the Guardians, and on his way out, gave us a big smile to show some NPR love that's not CG at all. 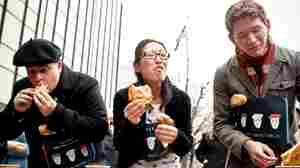 First Stop: Pastry Eating Contest. News Apps Developer Jeremy Bowers, Mobile Product Manager Jen Oh and Digital Media Intern Curtis Bard get the race off to a quick start as they make their way through four pastries. Apparently some NPR staffers are better at savoring their food than scarfing it down: mid-way through, the requirement for completing the challenge was reduced to just two pastries. Kainaz Amaria/NPR hide caption

December 25, 2012 • By far, the best holiday tradition at NPR is our annual relay race around the perimeter of our headquarters in DC. It's not your traditional office party: eight teams of four employees compete for glory in a race that isn't exactly about athleticism. Check out a pictorial recap of the event. 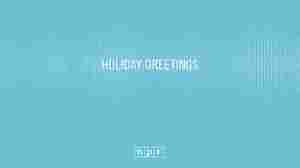 December 24, 2012 • From our family to yours, wishing you a happy holiday season and a festive new year. 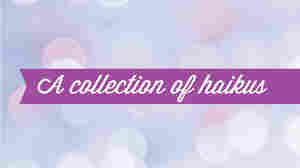 December 21, 2012 • A few weeks ago, we asked you to "Haiku us NPR pride" as part of our Cyber Monday giveaway. While not everyone could walk away with free gear this go-round, some of you may see your crafty syllable work in this collection of NPR-themed holiday haikus. 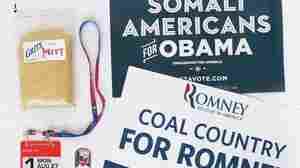 Seasoned and new election journalists from NPR talk about their favorite campaign memorabilia collected along the election trail through the years. Read the story behind each of these items, and what makes them so special, below. Katie Burk/NPR hide caption

December 20, 2012 • At NPR, our staff and journalists covering campaigns often come across quirky campaign paraphernalia. No matter how long they're been reporting these races, collectingquirky tokens is part of being on the road. What are the best items? Our election staff tell us about their best finds. 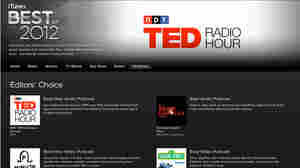 NPR In The News: Podcast Edition 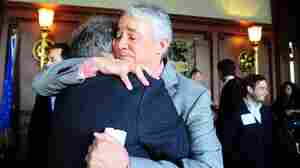 December 19, 2012 • Each month, Weekend Edition Saturday celebrates stories of families of the 2.4 million who have served in Iraq and Afghanistan over the last 10 years. In partnership with StoryCorps the Military Voices Initiative amplifies their voices and lets them know that we as a nation are listening. 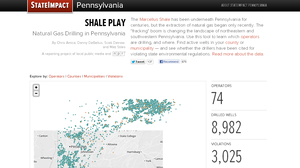 StateImpact Pennsylvania developed this interactive map to show which natural gas operators are drilling, and where; find active wells in a county or municipality; and see whether the drillers have been cited for violating state environmental regulations. StateImpact hide caption

Give Them A Hand: NPR, StateImpact And StoryCorps Honored With DuPont-Columbia Awards

December 19, 2012 • It was announced today that NPR and its public radio partners StateImpact Pennsylvania and StoryCorps are being honored with three 2013 Alfred I. duPont-Columbia Awards, something akin to the Pulitzers of broadcasting and digital journalism. 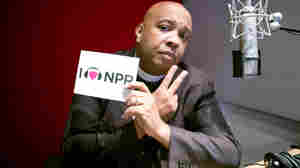 December 19, 2012 • Hip-hop-artist-turned-pastor Rev. Run stopped by NPR to talk with Tell Me More Host Michel Martin and send some NPR pride our way. 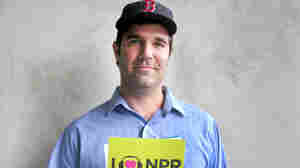 December 18, 2012 • Comedian Rob Delaney will say anything on Twitter to get a laugh, even if it's not something he really believes, but we're pretty sure his love for NPR is the real deal. 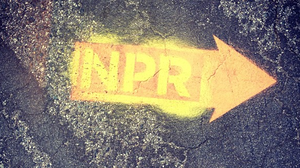 December 17, 2012 • Check out fan photos of the NPR Shop Sale-a-bration, and thanks for making it a success.