Accessibility links
Reviving The Lost Art Of Logrolling : NPR History Dept. Contemporary logrollers believe that the historical practice provides today's athletes a good, balanced workout. And that it's as easy as, well, as falling off a log.

Reviving The Lost Art Of Logrolling

Reviving The Lost Art Of Logrolling 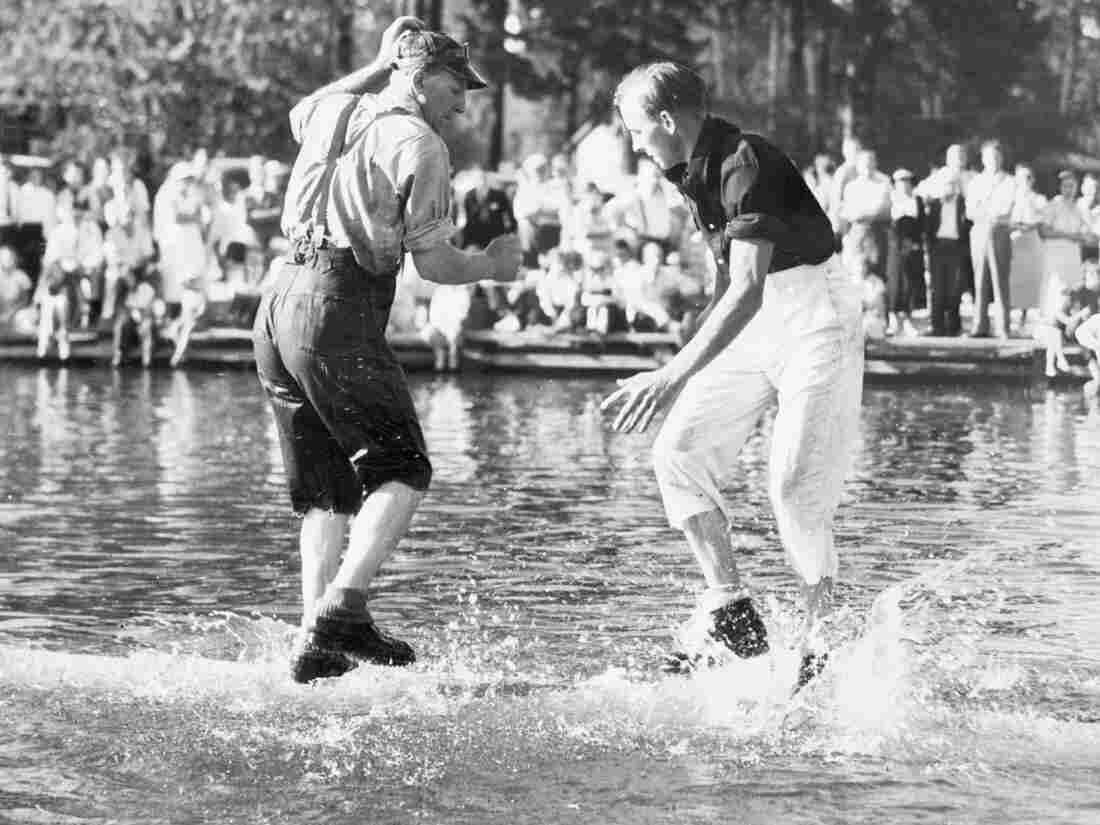 Walter (right) successfully defended his title against his brother, Elmer Swanson, former world champion, in the finals for the world championship at Brinnon, Wash., on Aug 22, 1936. Bettmann/Corbis hide caption 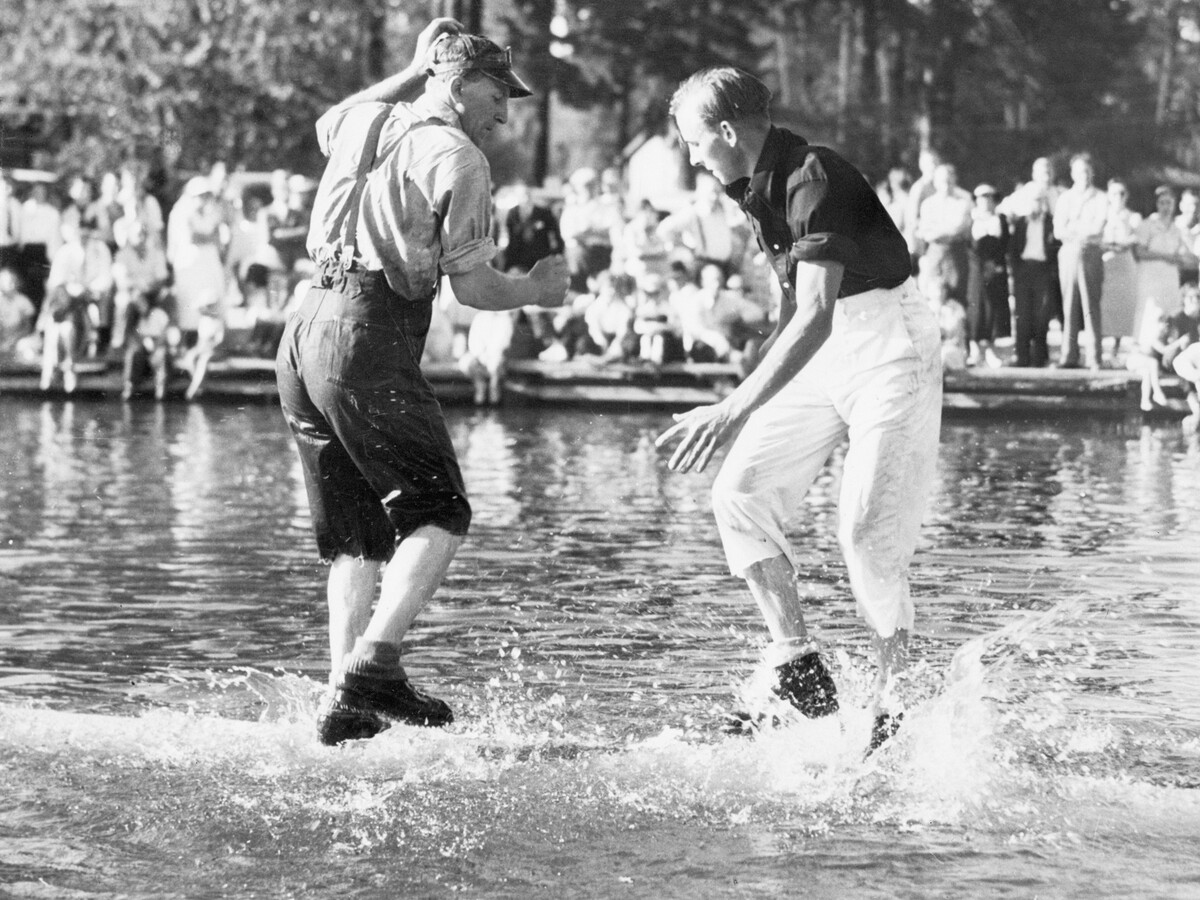 Walter (right) successfully defended his title against his brother, Elmer Swanson, former world champion, in the finals for the world championship at Brinnon, Wash., on Aug 22, 1936.

Considered by many to be the sole purview of lumberjacks, the competitive sport of logrolling — in which participants pad about on a log in water and try to outlast one another — is hoping for new growth.

A recent film, Queens of the Roleo by David Bryant Jones, won Best Documentary at the 2014 Central Oregon Film festival and will be featured at the Spokane International Film Festival this weekend. Logrolling is a main event — for women and men — at the Lumberjack World Championships in Hayward, Wis., every summer. Timber-twirling tournaments, according to the United States Log Rolling Association, are scheduled in Wisconsin, Minnesota, Montana and Washington in the coming months. 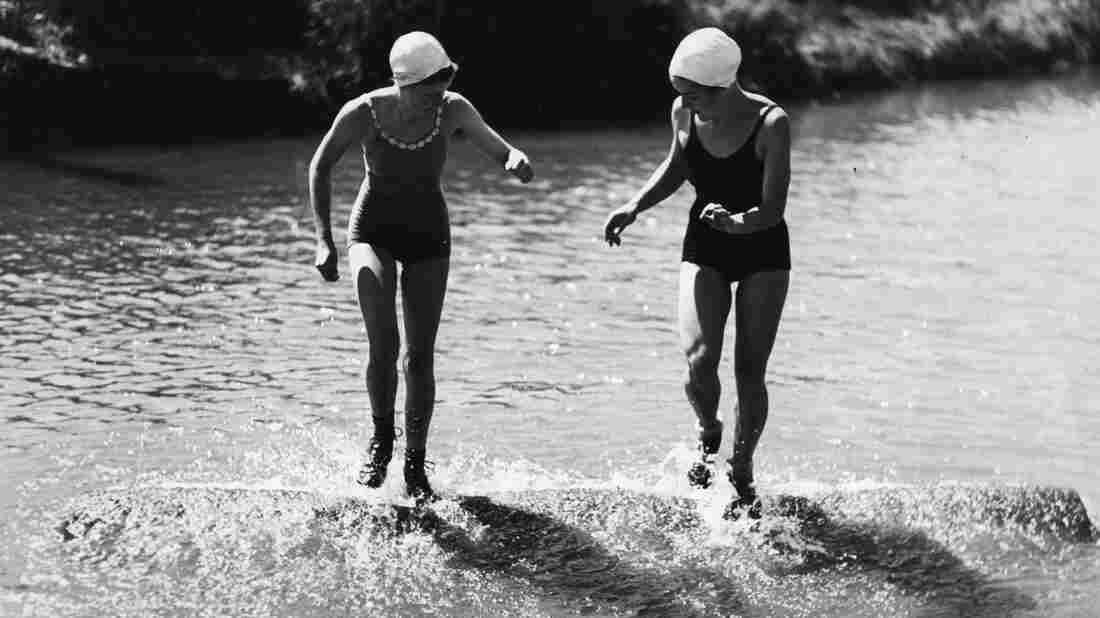 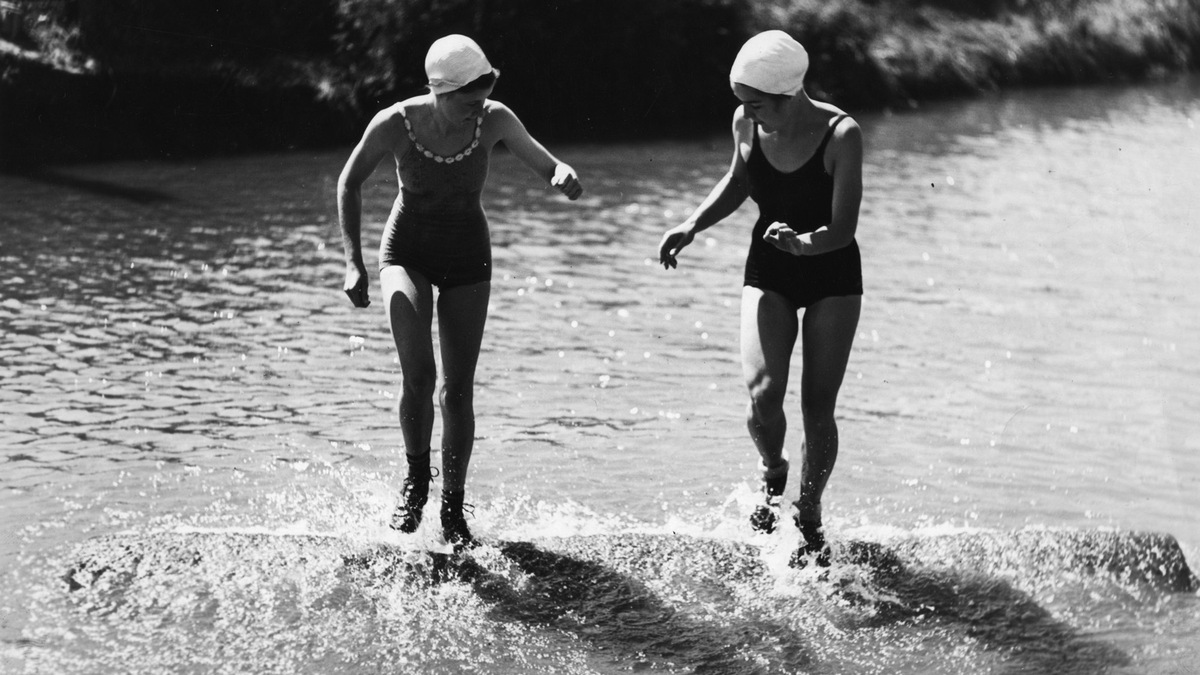 Catherine Gauthier and Bette Berkeley, who at 17 won a 1939 national women's logrolling title in Longview, Wash.

And through her family's Minnesota-based company, Key Log Rolling, Abby Hoeschler is hawking the appeal of competitive logrolling to today's fitness fanatics. The key to making the difficult sport less difficult, Hoeschler believes, is a water-filled synthetic log — crafted of high-density polyethylene — that her company designed and distributes. The nearly 12-foot-long, watertight cylinder even comes with "training wheels" — attachable paddles that slow down the log's rotations.

The health benefits of the endeavor, Hoeschler says, include "deep cardio; strong core and leg strength; improved foot speed and proprioception; all combined in a very low-impact activity."

Plus, it's fun, Hoeschler says. "Learning to log roll is challenging, but also addictive. People love that 'aha' feeling of mastering their balance and footwork to stay on top. It's like the moment you first learn to ride a bike, or when you catch your first wave surfing."

The art of logrolling has its own vocabulary. Competitors "cuff" the log to get it going. They "snub" it to stop the rolling and reverse the rotation. Knocking an opponent into the water is known as "wetting." Rollers often use poles to steady themselves at first, then they compete without poles. The cardinal rule of logrolling, according to the Lumberjack World Championships, is "never take your eyes off your opponent's feet."

Lumberjacks in a log rolling competition in a 1940 newsreel.

Roots of competitive logrolling, also known as birling, stretch back into the 19th century. Big trees were big business for a booming country. Between 1850 and 1910, according to American Forests: A History of Resiliency and Recovery by Douglas W. MacCleery, some 190 million acres of woodland were cleared for agriculture — at the rate of about 13.5 square miles per day.

Huge logs were moved to market on waterways in danger-filled, cattle-like drives. "Log-rolling got its start before the advent of modern means of transportation in lumbering when logs were floated down stream in the spring of the year to the sawmills," Michigan's Escanaba Daily Press reported on July, 17, 1937. "Lumberjacks, their winter's work in the woods completed, were chosen because of their adeptness and agile feet. ... It was their task to keep the logs always moving and to prevent jams from occurring. When logs did jam up like a tumbled up bunch of toothpicks, it was their dangerous task to locate and dislodge the key-log so that the drive could go on."

'A Most Amusing Strife'

Eventually, lumberjacks who were driving the logs began to compete against each other to see who was the most agile and quick-footed. In the autumn of 1889, the St. Paul Daily Globe — reporting on a local exposition — noted that a "log-rolling contest between the lumbermen in the big pool of water at 8 o'clock p.m. will be a most amusing strife and will give Minneapolis people a chance to see a favorite sport of the logging camps."

A logrolling exhibition from years ago. National Archives hide caption

A logrolling exhibition from years ago.

In 1898, a national logrolling contest in Omaha, Neb., was won by Thomas Fleming of Eau Claire, Wis. A world championship "roleo" was staged off and on during the early years of the 20th century, the Escanaba Daily Press reported. In 1927, the Massillon, Ohio, Evening Independent reported, a 16-year-old Wisconsin kid defeated "a score of veteran log cuffers."

Over the years, logrolling moved away from other lumberjack sports — such as wood chopping. As early as 1937, the sport was being touted for its health benefits. Laura Marchand, a 24-year-old champion birler, told The Associated Press that the activity "is great for the hips and waist line."

There have always been pockets of enthusiasts. Between 1958 and 1972, four teenage girls from Idaho won 11 world championship birling titles. (They are the subjects of Queens of the Roleo.) Capacity crowds gathered at a logrolling contest at the University of Wisconsin, La Crosse in 1973, according to the La Crosse Tribune of Mar. 17, 1974. A YMCA in Madison, Wis., has been offering logrolling classes and contests for many years.

Enthusiasts are trying to get the sport rolling again. Here and there, colleges are introducing recreational birling. And in the past two years, Abby Hoeschler says, more than 100 summer camps and more than 30 community aquatics programs have added logrolling to their offerings.

So, Hoeschler is asked: Does this equation work? Urban Lumberjack Movement + skateboarding and snowboarding and parkour + the everlasting need of humans to put a new spin on old folkways = Key Log Rolling.

"Although logrolling is rooted culturally in flannel, Red Wing boots, and burly beards," she says, "the sport itself requires the athleticism, discipline and precision of any other modern sport." 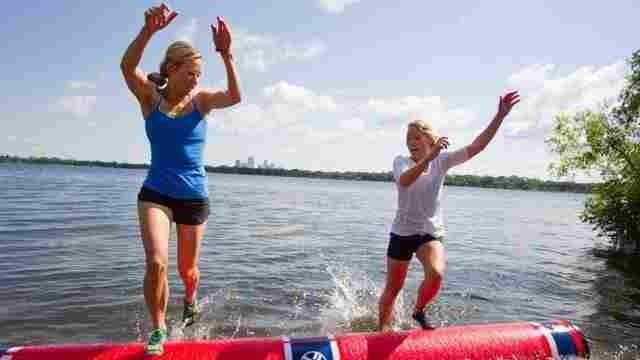 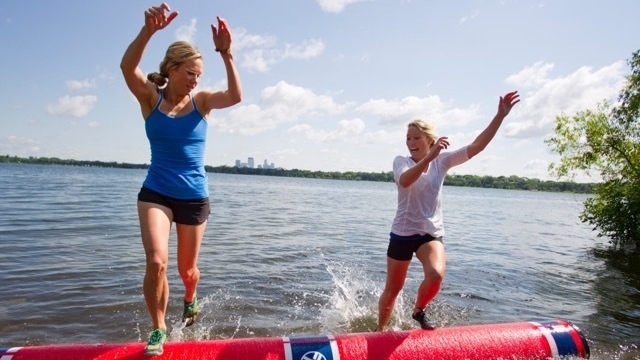 Lizzie Hoeschler Horvitz (left) rolling on a Key Log against Abby Hoeschler in 2014.

She adds: "Our experience today is that many people have never even heard of logrolling, which wasn't true when my mom started doing it in the 1960s."

Back then, she says, logrolling "was still somewhat in the national consciousness — from its heyday in the early 20th century."