Accessibility links
Marathon Mania In American History : NPR History Dept. For a long time, Americans have been participating in a variety of competitions — for a long time. 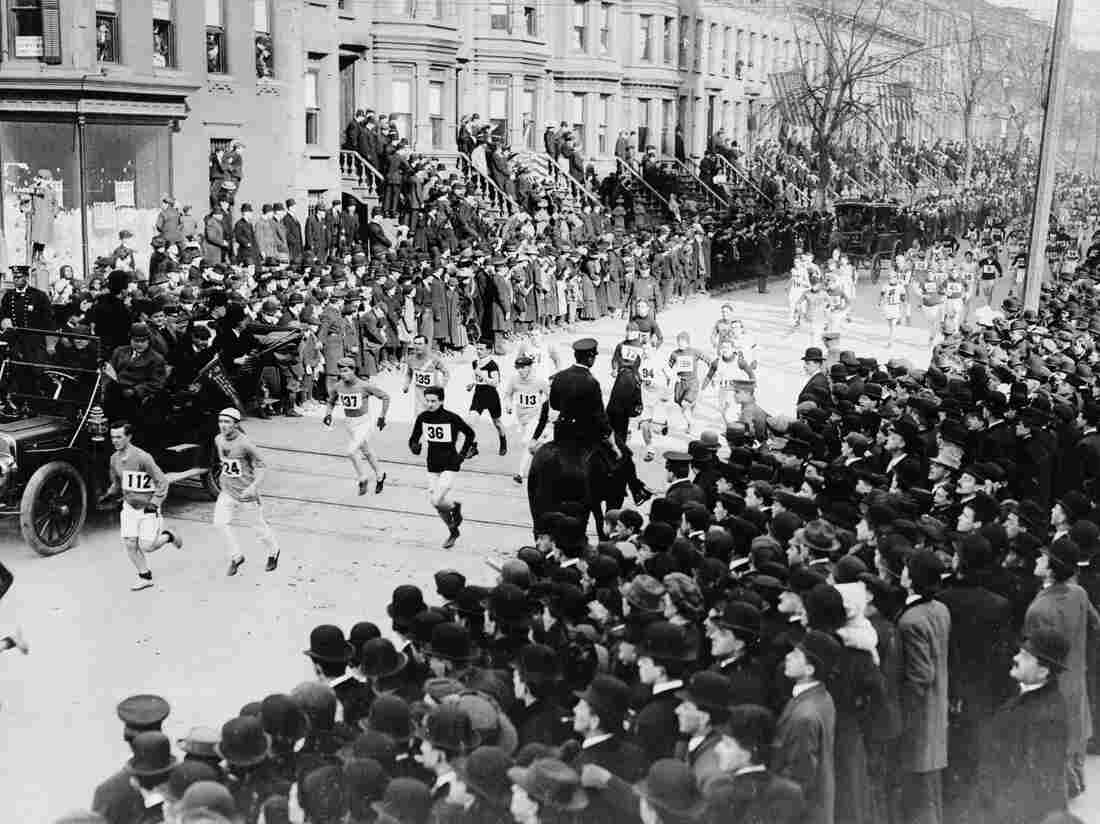 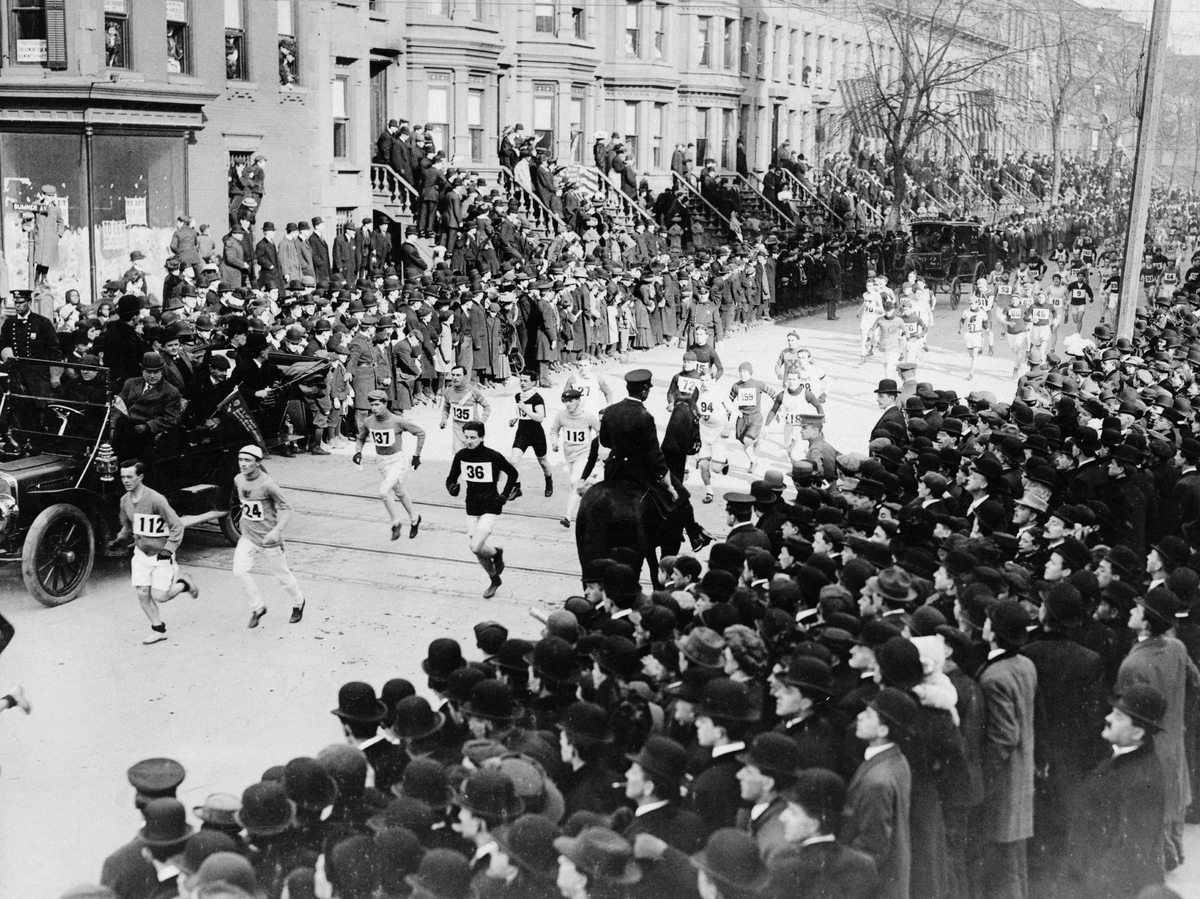 Odd that Americans, long known for their short attention spans and — oh, look, a sparkly thing ... are at the same time manic for marathonic undertakings.

Running, for example. A century ago, scores of marathoners competed before huge wintertime crowds in the 1909 Brooklyn Marathon. Flash forward, and this past November, more than 50,000 participants finished the 2014 New York City Marathon. (Applications for nonguaranteed entry in the 2015 race must be in by Feb. 15.) 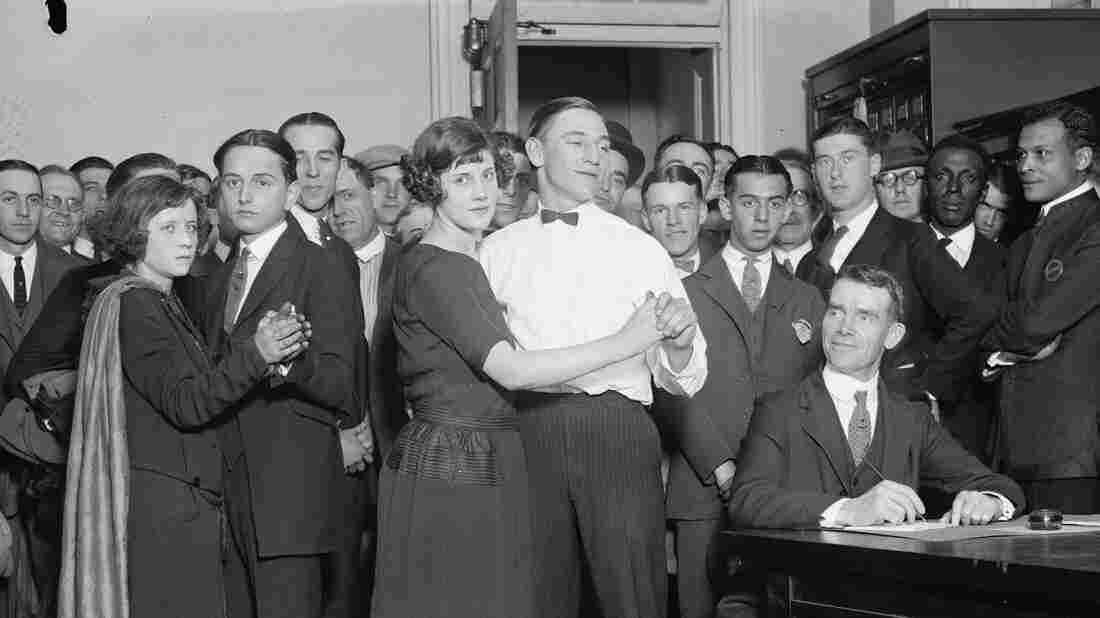 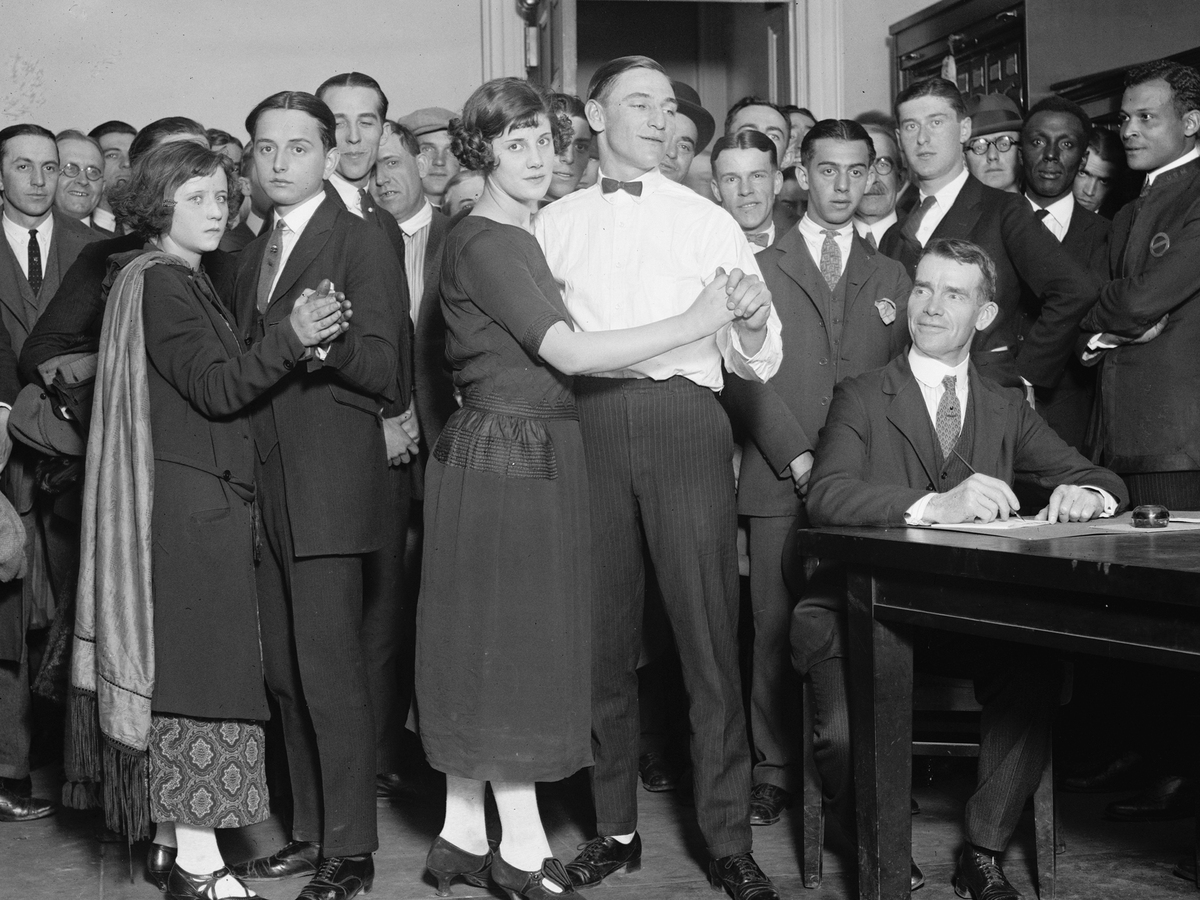 Throughout our history, Americans have tried to go the distance — and beyond — in a variety of extra-long endeavors, including dancing, swimming, even pole-sitting. 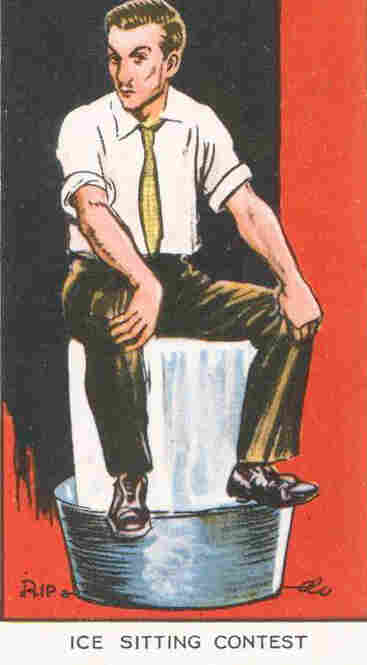 In fact, folks from the United States hold Guinness World Records in Longest Marathon Playing: Pool, Tenpin Bowling and Cornhole, plus scores of other activities.

But there are other, lesser-known and seldom-mentioned marathon moments from America's past. Here are a few: 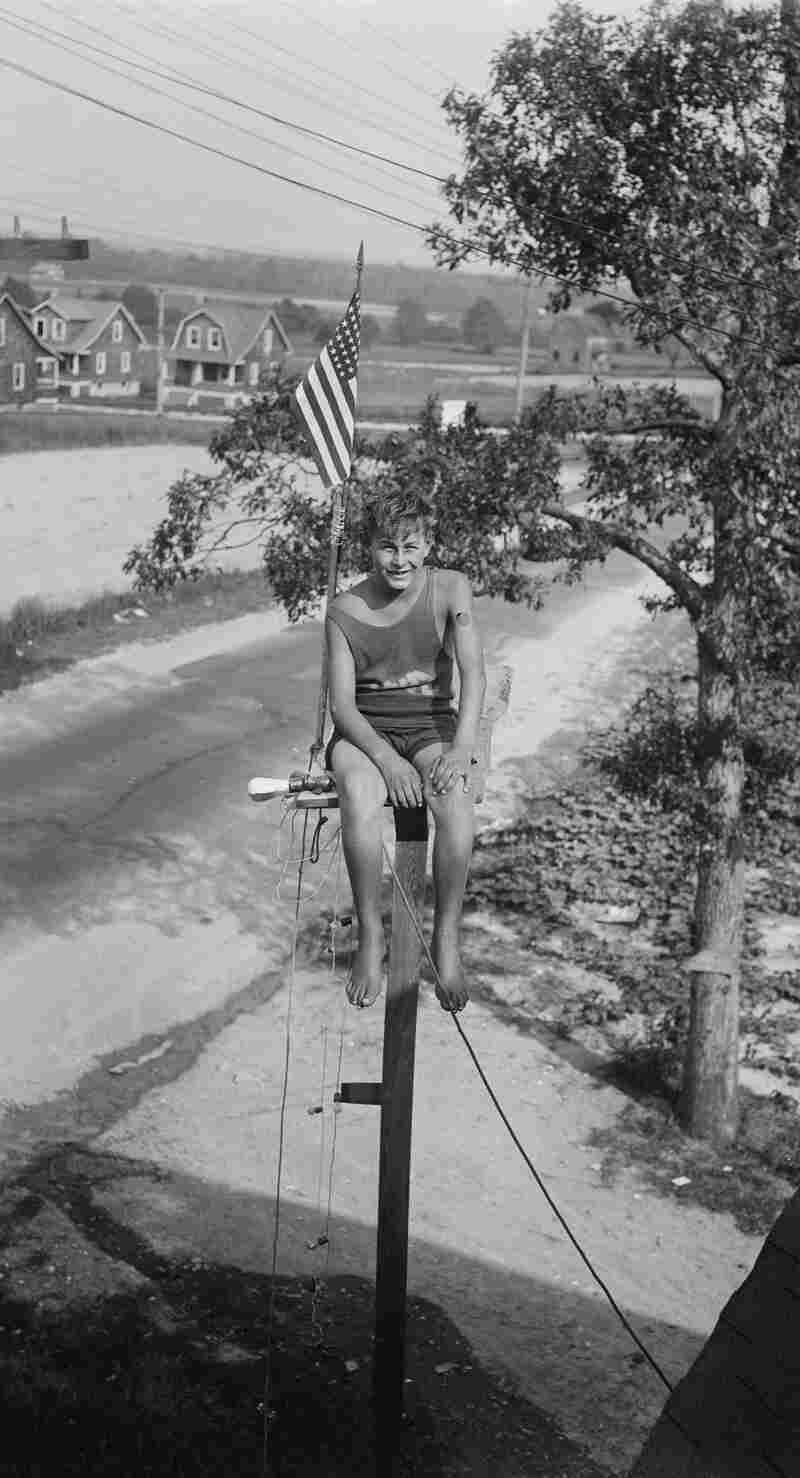 William Ruppert, 14, of Colgate, Md., reportedly broke the pole-sitting record of Shipwreck Kelly in the summer of 1929. Library of Congress hide caption 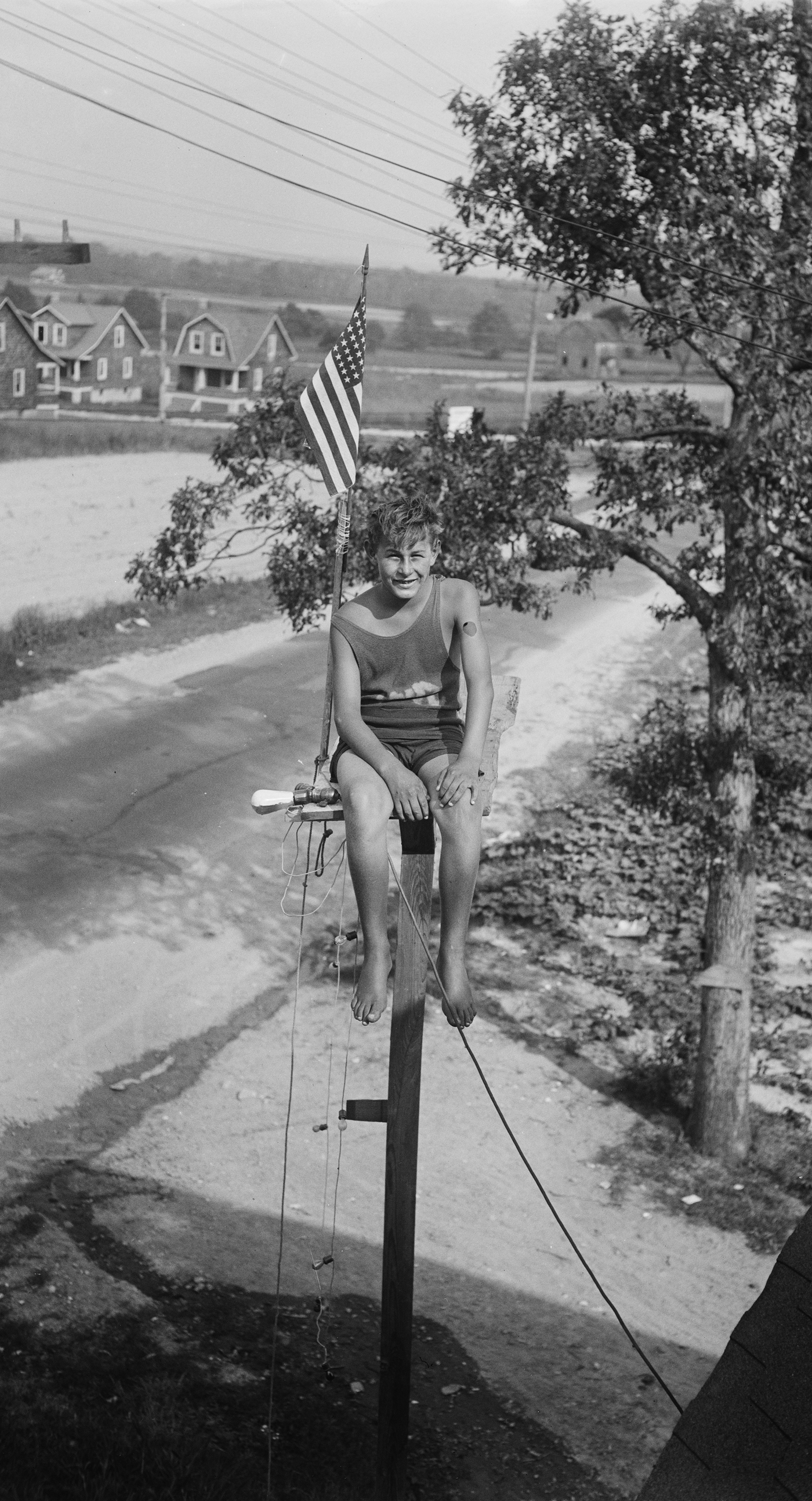 William Ruppert, 14, of Colgate, Md., reportedly broke the pole-sitting record of Shipwreck Kelly in the summer of 1929.

While many kinds of faddish marathons have faded into the past, some go on and on and on. Runners World reports that the number of people running marathons is higher than ever. In 2013, there were some half a million marathon finishers in the United States — more than twice the number of finishers than there were two decades earlier.

"This motivation" for more people to participate, says Tony Reed of the National Black Marathoners Association, is "fueled, in part, by opportunities and exposure — which didn't exist in the past."