Accessibility links
When The KKK Was Mainstream : NPR History Dept. In 1920s America the insidious Invisible Empire was not only visible; it participated in otherwise polite society.

When The KKK Was Mainstream

When The KKK Was Mainstream 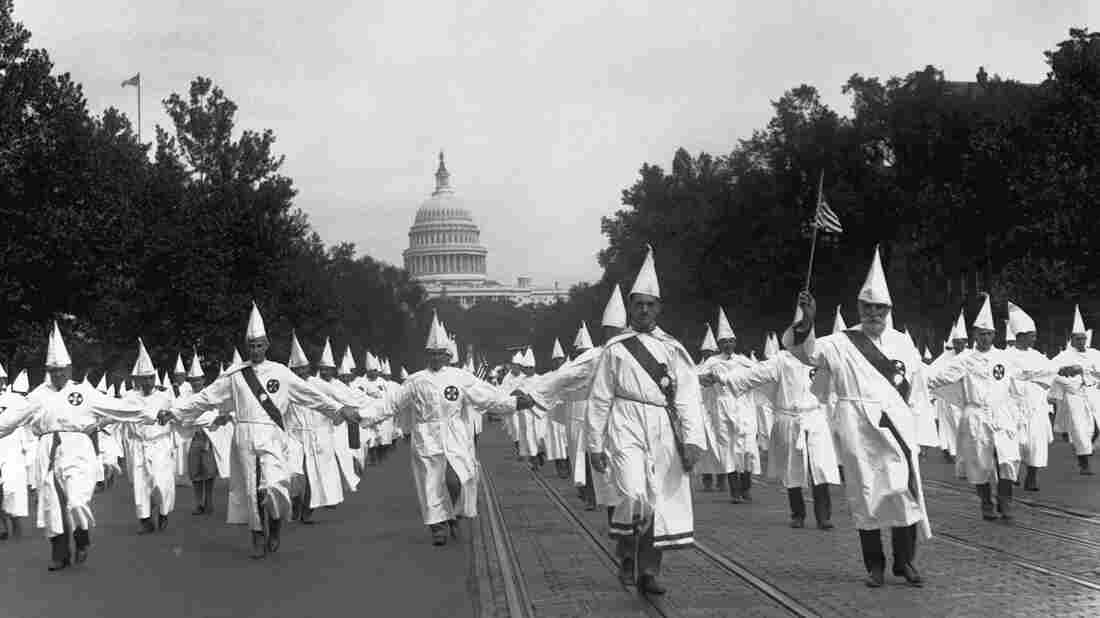 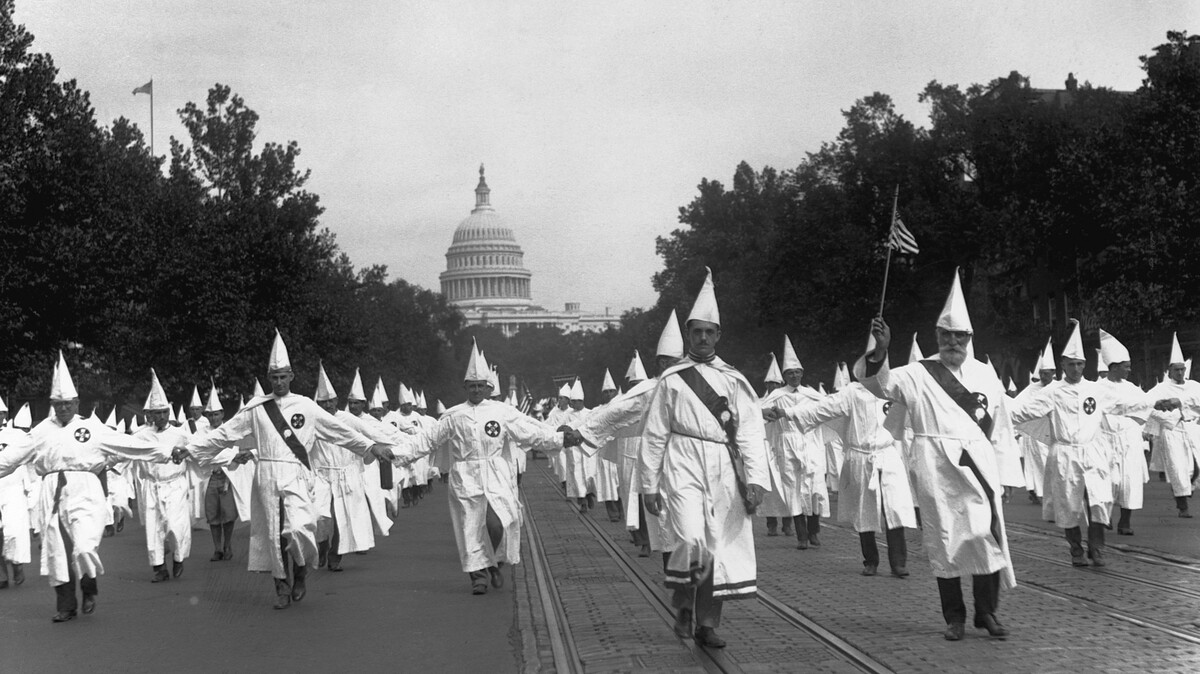 Recently I tumbled on this story from Kansas Humanities — and an earlier post from Only A Game — about a 1925 baseball game between Wichita's African-American team, the Monrovians, and the Ku Klux Klan.

Wait a minute. The Ku Klux Klan once had a baseball team?

Imagine: There was a time when the KKK was an out-in-the-open, part-of-the-community organization. I had always envisioned the repugnant and reprehensible lawbreakers operating in the cowardly shadows. After all, it was known as the Invisible Empire.

So, I wondered, if the KKK fielded a baseball team, what were some of the group's other seemingly innocuous, All-American activities?

The 1920s were a bawdy, gaudy time in America: jazz wafting, flappers dancing, gangsters bootlegging, Wall Street rocking. And, as it turns out, the Ku Klux Klan was considered by many to be an accepted group in society.

A sociology professor at the University of Pittsburgh, Blee is also the author of Inside Organized Racism: Women in the Hate Movement and Women of the Klan: Racism and Gender in the 1920s. 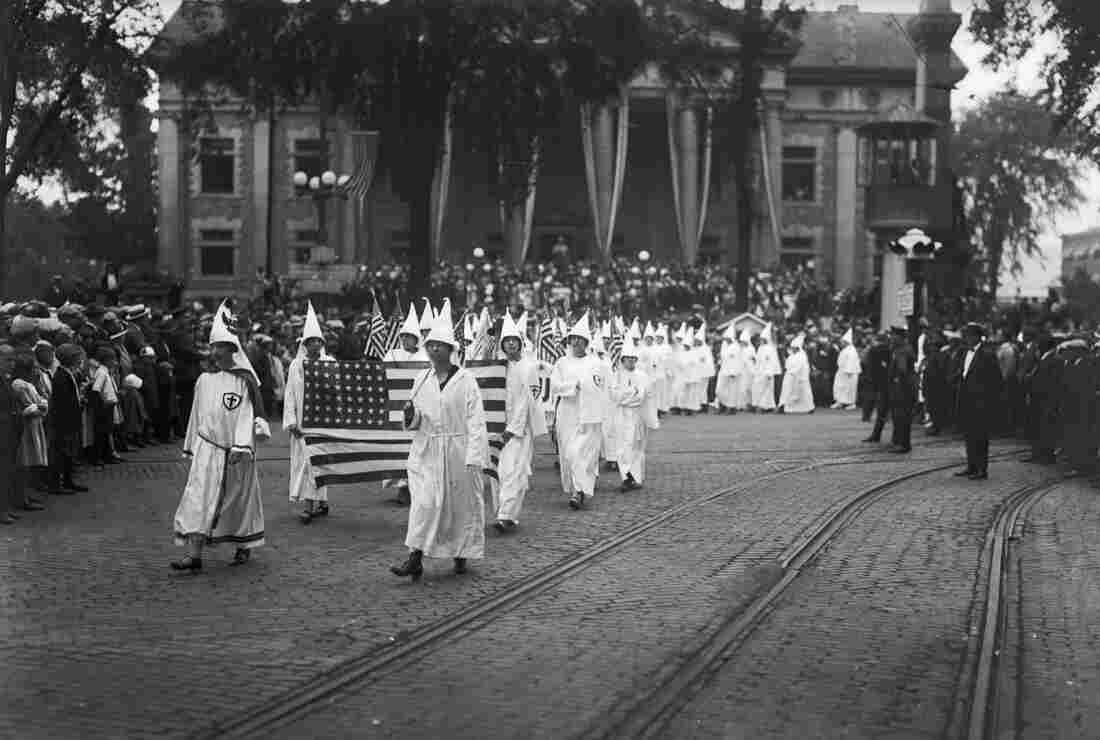 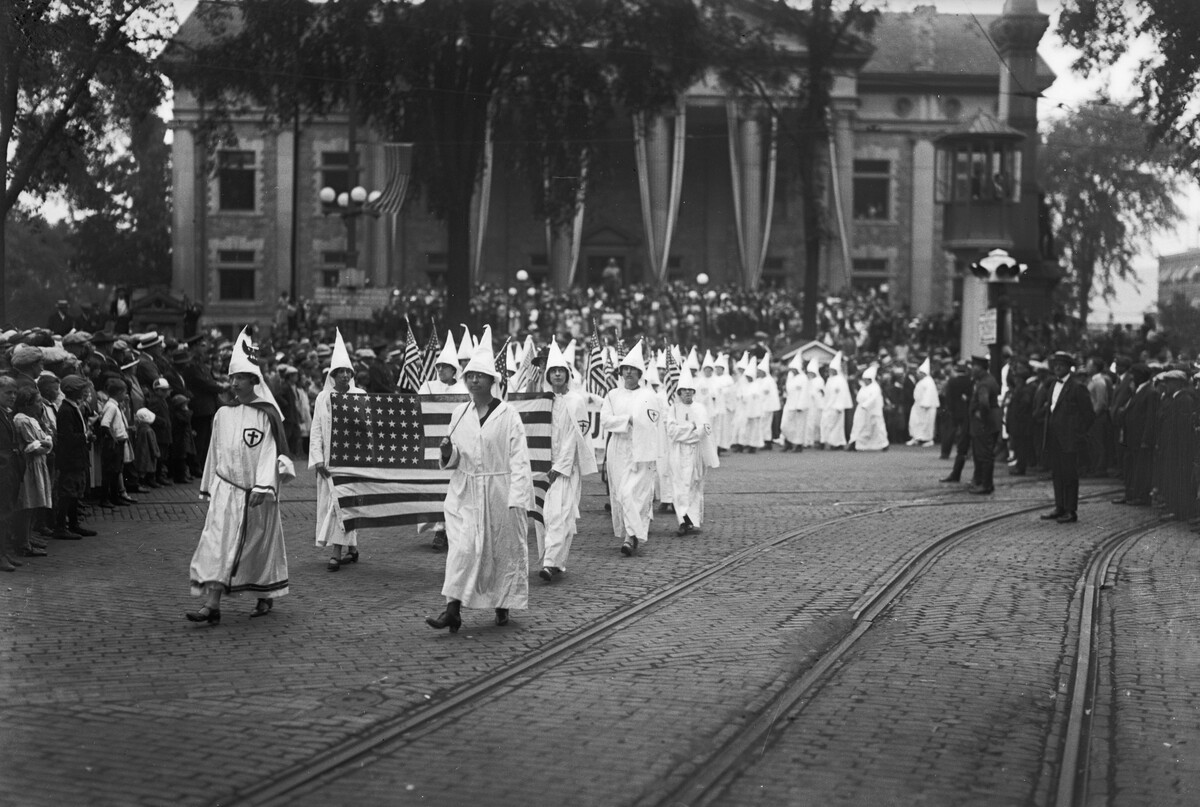 "In some places I studied in Indiana," she says, "the local KKK was listed in the city directory, along with sewing clubs and agricultural societies."

Of course, Blee emphasizes, the KKK was not "the innocuous club they pretended to be. They were virulently anti-Semitic, anti-black and anti-Catholic, and some of their main leaders promoted expulsion and economic retribution against their 'enemies.' "

But for a while, some American communities flirted with — even loved — the hate group.

In the 1920s, membership in the KKK reached several million people — almost exclusively white, native-born, Protestant women and men, Blee says. And in communities where the KKK really took root, "this meant that a very sizable part of the eligible population was in the Klan." The KKK was even successful at "block recruiting" of whole clubs or congregations at one time.

And the Klan insinuated itself into otherwise polite society. There were KKK public initiations in many states — including California, Alabama, Oklahoma and Texas — and KKK public parades in Florida, Oregon, Tennessee and other states. And:

The Southern Poverty Law Center reports that "by 1925, when its followers staged a huge Washington, D.C., march, the Klan had as many as 4 million members and, in some states, considerable political power."

How strange and scary and dangerous those times must have been, when large numbers of Klanspeople paraded around, draped in white robes and sinister ideology.

But Kathleen Blee emphasizes that the omnipresence of such evil reveals a lot about the era. "The Klan's ability to be seen as just another club reflected the strong racial and religious segregation of the day," she says. "It was not just the KKK that was a whites-only social space; this was true of most of the social spaces that whites occupied in the communities in which the Klan was strong in the 1920s."

The mood — and the morality — of the country began to shift when the stock market crashed in 1929 and the Great Depression set in. Subsequent versions of the Ku Klux Klan "reverted back to the model of the first Reconstruction-era Klan," Blee explains. "They recruited mainly in the rural South, mostly among men, and focused on defending white supremacism against the federal government's efforts to change it."

Eventually, the nation's better angels prevailed, and local chapters of the Ku Klux Klan returned to the shadows or disbanded altogether. Today the Southern Poverty Law Center estimates that there are 8,000 KKK members or fewer.

A previous version of this story listed the incorrect year of the Bristol, Tenn., busing of people to a KKK wedding. The event actually took place in 1924.