Accessibility links
Board Games That Bored Gamers : NPR History Dept. Strolling through the board games of yesteryear we find some that succeeded and some that faded away.

Gaming is a way of life for Americans of all ages.

We play games on Facebook, on our phones, on phantasmagorical home systems. We play on fields and courts and dining room tables. Contemporary culture mavens speak of the gamification of education and the workplace and our day-to-day communications. 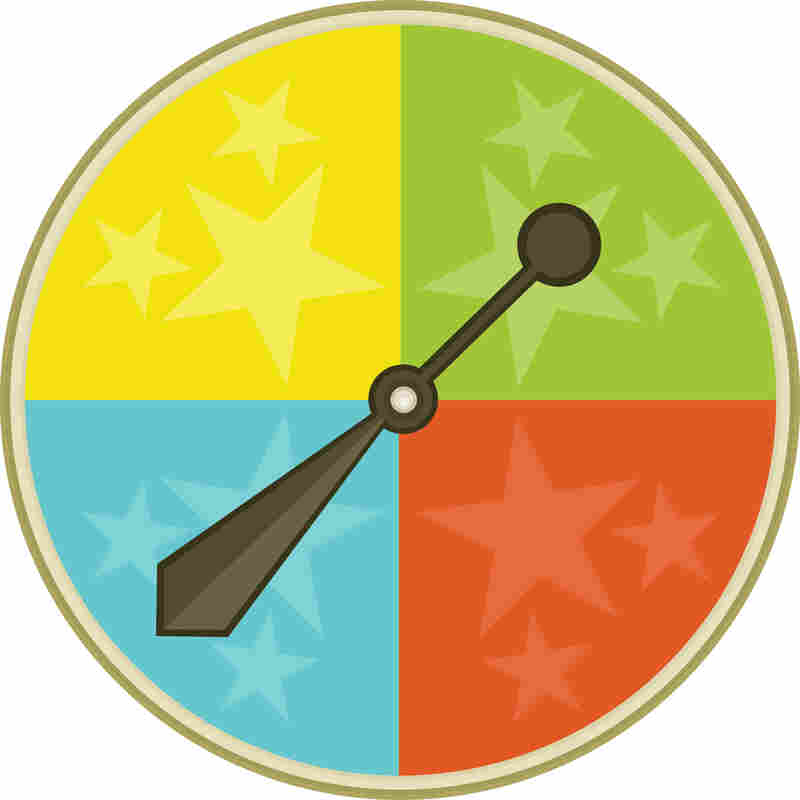 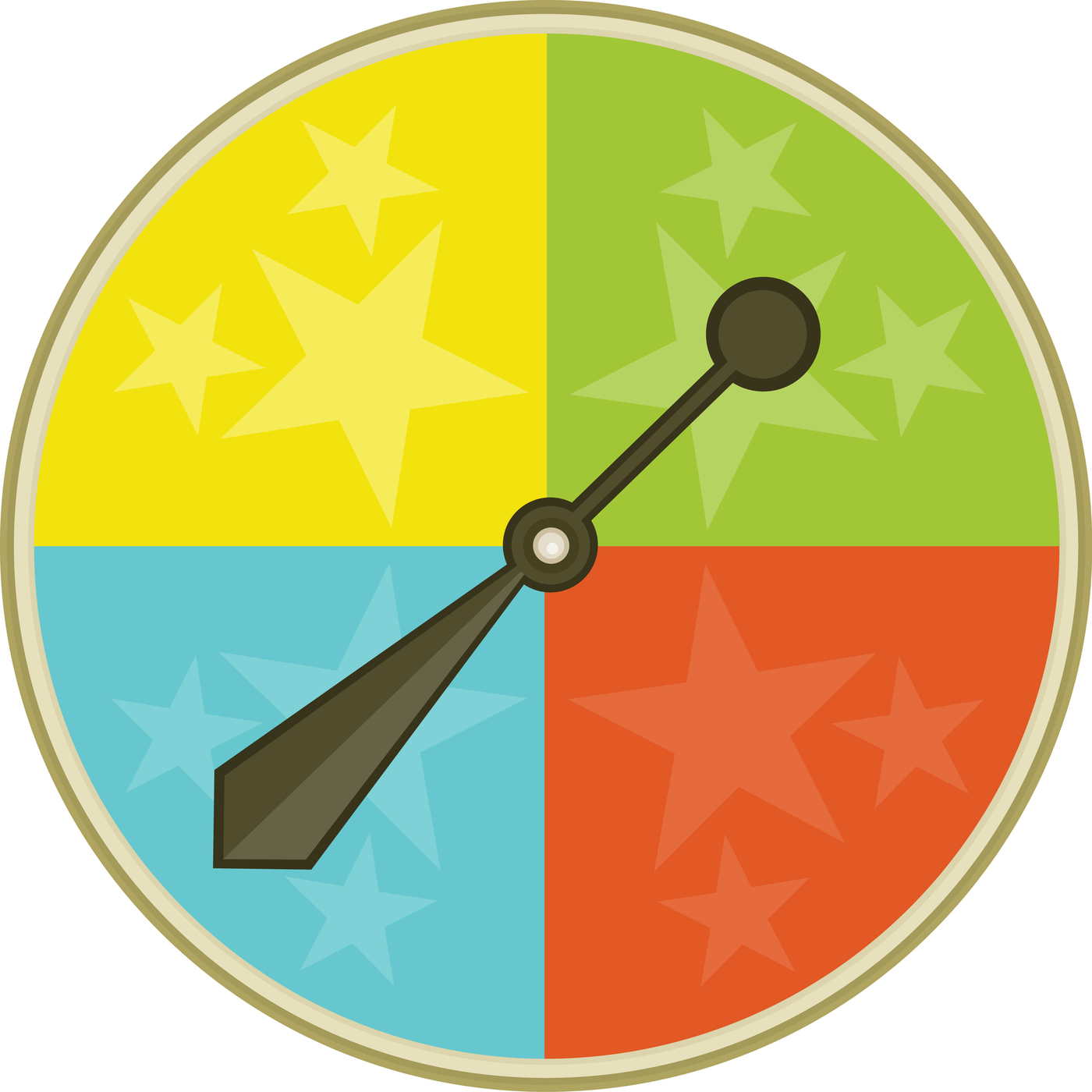 Bien sur. It's in our DNA. Benjamin Franklin played checkers and chess in the 18th century. Rutherford B. Hayes bought a boxwood croquet set for the White House in the 19th century, John Sayle Watterson noted in The Games Presidents Play. First lady Bess Truman invited her Missouri friends to the Washington for some hands of bridge in 1946. Dwight Eisenhower played hundreds of rounds of golf while presiding over the country, the Washington Post reported in 1994.

Many of the old games that contemporary Americans grew up with — Monopoly, Clue, Candy Land — are still on toy store shelves.

What accounts for the success and longevity of certain board games? "These cross-generational games typically are enjoyed by those who are young and old," says Mary Pilon, author of the recently published The Monopolists — a book about the history of Monopoly. Popular board games "have an element of role-playing involved and give us a context to do things that we can't typically do in real life. "

She also cites the game-design mantra of technology pioneer Nolan Bushnell, "which I think applies to board games, as well. ... Good games must be easy to play, but difficult to master."

But some once-popular board games must have eventually bored gamers. Here are five games from America's past — featured at The Henry Ford museum in Dearborn, Mich. — that have been donated to the thrift store of history: 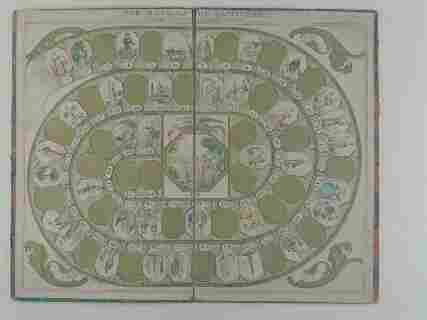 Premise: One of the first commercially produced American board games, it was promoted in newspapers as "an entertaining, moral and instructive amusement." The object was to be the first player to negotiate the labyrinth — rife with virtues and vices — to reach the center of a spiral.

Pitfall: Perhaps happiness proved to be a little more complicated. 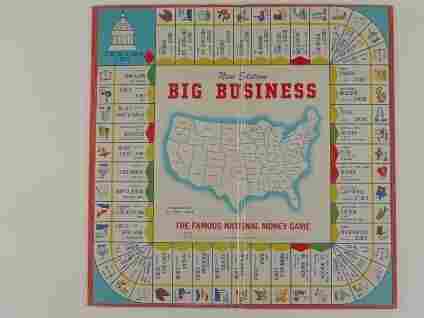 Big Business From the collections of The Henry Ford hide caption

Premise: Advertised as "hours and hours of fun for the entire family," the finance game appeared on the American game market around the same time as Monopoly.

Pitfall: Big Business had a similar look and feel as Monopoly, but nowhere near the success. 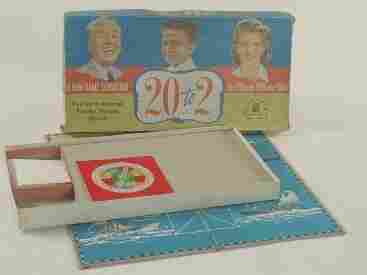 20 to 2: The Board Game From the collections of The Henry Ford hide caption

Premise: The game is the offspring of Fox & Geese. One player holds 20 ships, or game pieces, while the other commands two submarines. They try to sink each other's holdings.

Pitfall: Other games, such as Battleship, eventually blew this out of the water. 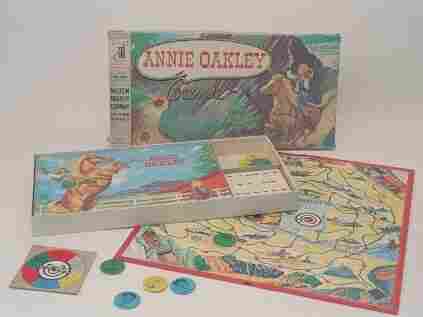 Premise: The Western-themed board game — with spinner — was created to take advantage of the Annie Oakley TV show, which ran in the mid-1950s. "An exciting game for youngsters aged 4 to 12," the ads read, "in which Sheriff Annie captures a dozen bandits after a thrilling chase through the wild and woolly West."

Pitfall: When the TV show foundered, apparently so did the game. 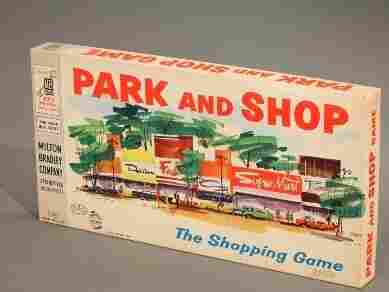 Premise: The goal, according to Boardgamegeek, was to race other players — with pieces that represented cars and pedestrians — in a shopping foray.

Pitfall: Because ... shopping malls? Maybe the Amazon game will be next.

A great board game survives and thrives because of originality, says David Parlett, a British board game historian and creator of the Hare & Tortoise board game. " It needs to be a game that offers some new way of playing ... that hasn't been done before."

Take Scrabble, for instance. Parlett explains: "There had been many crossword games before, but this was the first one played on a board to incorporate premium squares that increased the point-value of individual letters or whole words."

Plus, Parlett adds, a board game that wins the board game game "needs to be accompanied by a widely attractive — or at least not restrictive — theme and a good visual and material presentation. Amateur games inventors tend to think that what makes a game attractive is its theme or storyline, especially if it links in with some aspect of popular culture such as TV shows. But such games naturally tend to be as ephemeral as the shows they relate to."

Which may be one reason why you probably won't find the Annie Oakley Game — or Howdy Doody's TV Game – on toy store shelves today.