Accessibility links
Media Mischief On April Fools' Day : NPR History Dept. When news organizations make fun of the news, it can be funny — or not.

In the annals of journalism, there is a long tradition of newsfolks — reporters, writers, broadcasters — pulling April Fools' Day tricks on readers and listeners. Sometimes the prank prevails; sometimes it fails. 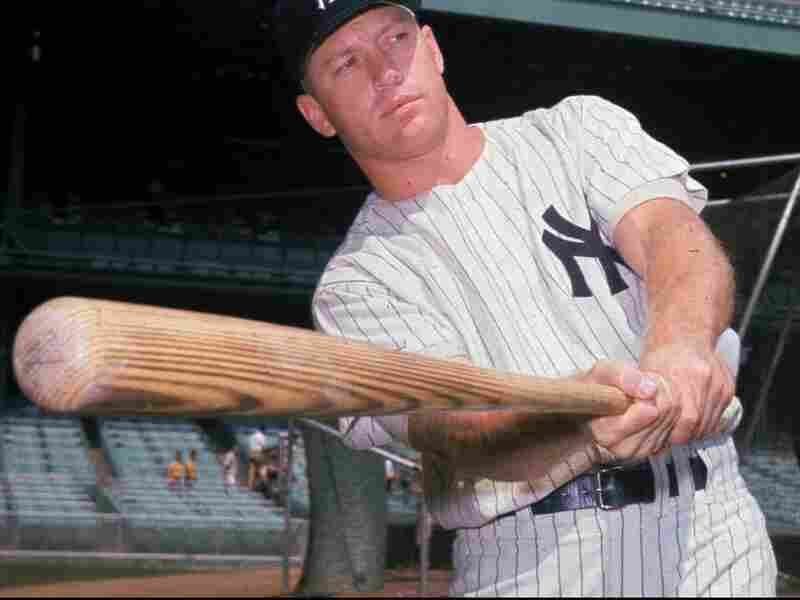 Mickey Mantle was the subject of a newspaper hoax in 1961. Here he is that year taking practice swings at Yankee Stadium. AP hide caption 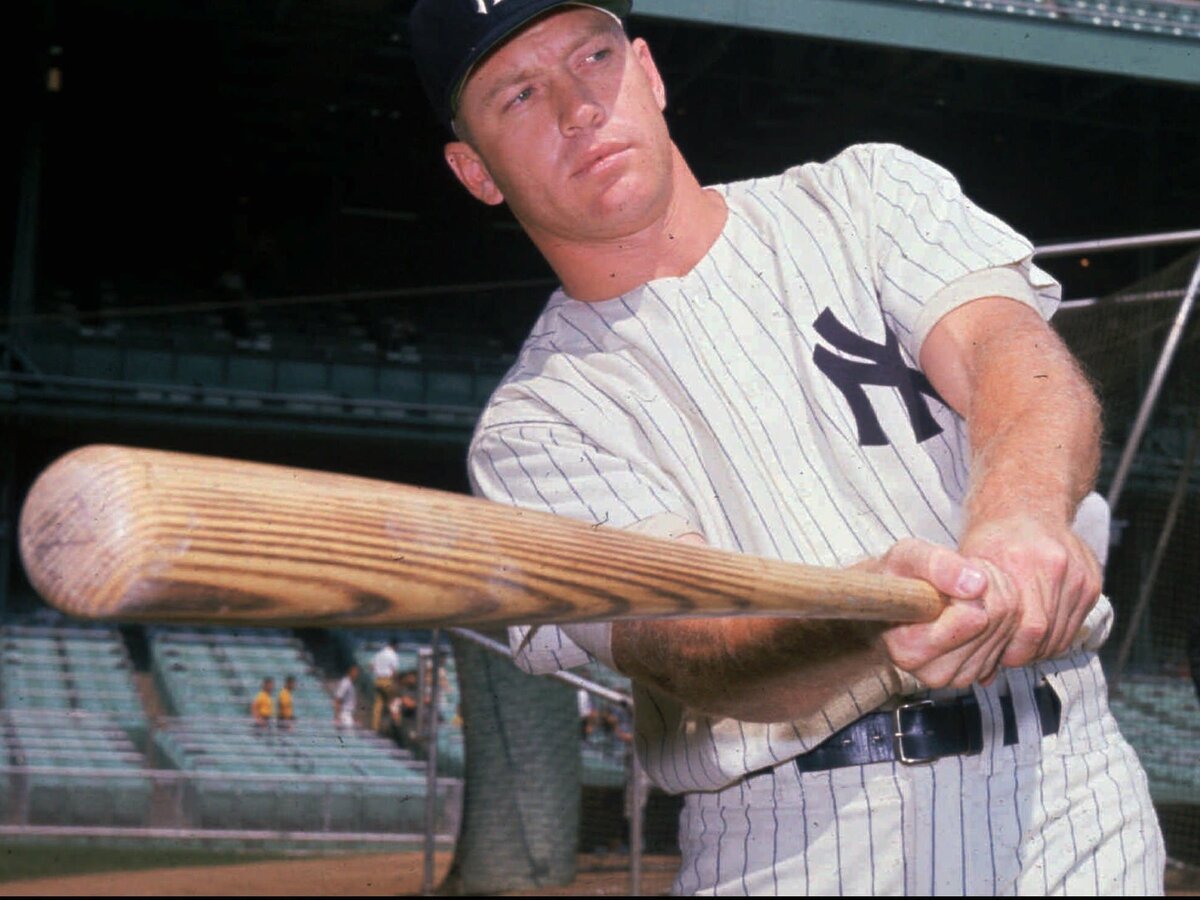 Mickey Mantle was the subject of a newspaper hoax in 1961. Here he is that year taking practice swings at Yankee Stadium.

For instance, the Long Beach Independent reported in 1961 that the newly minted Los Angeles Angels had acquired Mickey Mantle — star outfielder of the New York Yankees — for a million dollars, a half interest in a local radio station and a passel of other players. It was a hoax. In 1978, an outdoors writer at the Erie Times-News in Pennsylvania reported that monofilament fishing line was being banned because it was fatal to fish. It was a hoax and he was fired. In its April 1, 1985, edition, Sports Illustrated concocted the story of imaginary pitching phenom Sidd Finch. The hoax is held up as a classic sports story.

In recent years, the Internet has become an incubator for hatching April Fools' high jinks. The Huffington Post, which chronicled some prominent pranks of 2014, also participated in the shenanigans with a fake story about parenting. Even NPR has gotten in on the act multiple times. In 2014, for instance, we April Fooled Facebook habitues by posting this headline: "Why Doesn't America Read Anymore?" Those who clicked on the headline on Facebook were whisked to an NPR page that explained the inside joke: Sometimes people who comment on articles have not read them. 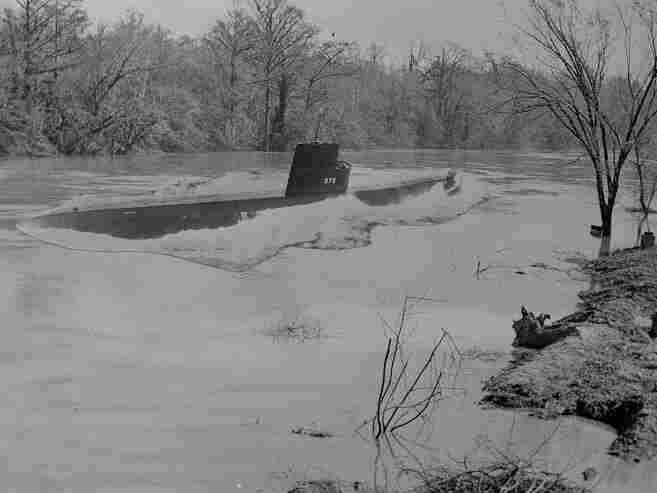 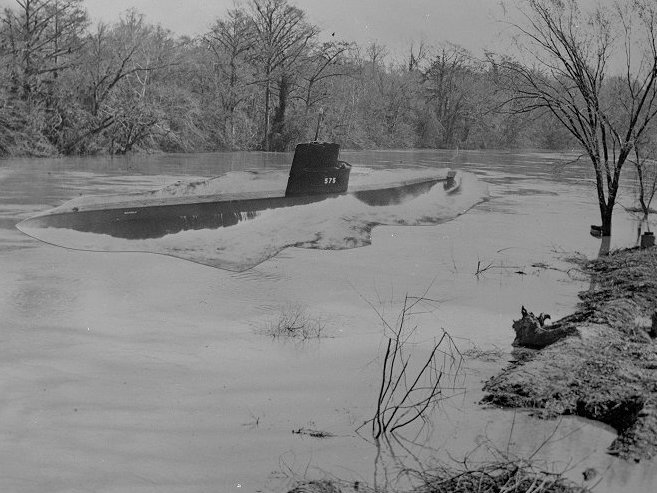 Doctored newspaper photo of a submarine in the Tar River, April 1, 1961. The Daily Reflector of Greenville N.C.

News organizations need to be careful. "If you knowingly set out to trick or deceive your audience," says journalism ethicist Jane E. Kirtley of the University of Minnesota, "there is the inevitable question of whether you will do it again, or have done it before. Maybe that is primarily a problem for the critics who don't like you anyway, but I don't think it is irrelevant even with devotees."

She adds: "Credibility is one of the most important things we have, and it should not be endangered lightly."

Still and all. The tradition of pranking news consumers on April 1 goes way back. Back to when it was sometimes called All Fools Day. The practice was so much a part of American journalistic tradition by 1903 that the Pittsburgh Post reported on March 29 of that year that "it was the habit of newspapers some years ago to observe the day by perpetrating some hoax upon their readers."

The Post enumerated several such pranks, such as the story of a Cleveland newspaper editor being fooled by his own paper into thinking a politician would be appearing at a local hotel on the first of April. The appearance was imaginary; the hotel — the Kennard — was real. The "canard," get it?

Here are some incidents from the past:

Campus newspapers have been perennial perpetrators of April Fools' hoaxes. Watchdog Jim Romenesko keeps tabs on his website. Sometimes the satire backfires. In 1955, the Troy New York Record reported, the entire editorial staff of the Rensselaer Polytechnic Institute weekly newspaper was asked to resign after publishing an April Fools' story saying that Easter recess had been canceled — and students would be quarantined — because of a widespread infectious illness.

Some city newspapers eventually decided that April Fools' Day tales were just too sophomoric. Over the years, certain readers of the Bennington, Vt., Banner began to look forward to the paper's April Fools' fabulism — stories of buried treasure or comical municipal appointments. But on April 2, 1969, the paper explained to its readers that it had decided not to publish a made-up article the day before because the real news "seemed so dire that April Foolishness was somehow out of place. Perhaps it's a sign of the times, that the state of the world is so negative that a bit of foolishness is considered inappropriate."

In the end, does first-of-April tomfoolery strengthen — or weaken — the bond between a news organization and its constituency? Ethicist Kirtley says that the tone of a story is the key. "I would just caution that if you are going to do it, it had better be good. You want your readers or listeners to laugh with you, not feel as if you are making fun of them."

(This blog has been updated to reflect that the Kinzua Dam is in Pennsylvania.)